“Trick ‘R Treat” is the latest house announced for the 28th edition of Halloween Horror Nights at Universal Orlando, upgrading what was last year a walkaround “scare zone” into a full-fledged maze.

Based on the 2007 cult hit, “Trick ‘R Treat” took over the Central Park area of Universal Studios Florida in 2017. This year’s maze will recreate some of the very not-suitable-for children scenes from the anthology horror film.

“Guests will experience some of the film’s most grisly scenes and encounter hauntingly familiar characters,” according to Universal’s announcement. “They will meander through Mr. Kreeg’s infamous house, watch as college students viciously transform into bloodthirsty werewolves and dismember the town, as well as come face-to-face with Sam — the spirit of Halloween — who readies to punish those who break the holiday’s tradition.”

The timeline of announcements for HHN 28 has been more fast-paced than last year. By this time in 2017, only one house (American Horror Story) had been revealed by Universal and it would take until late July for the third to be unveiled — and no original concepts were announced until the end of August, just weeks before HHN began.

Universal fans can expect to hear about three more houses based on film or TV horror franchises and another three based on Universal Creative’s own concepts.

No details have been released on scare zones for HHN 28 or whether another show will be added after 2017 served as the finale for the long-running “Bill & Ted’s Excellent Halloween Adventure” show. Fans expected Bill & Ted’s ending meant Universal planned to tear down the Fear Factor Live theater the show used every year, but no such demolition has taken place or been announced. 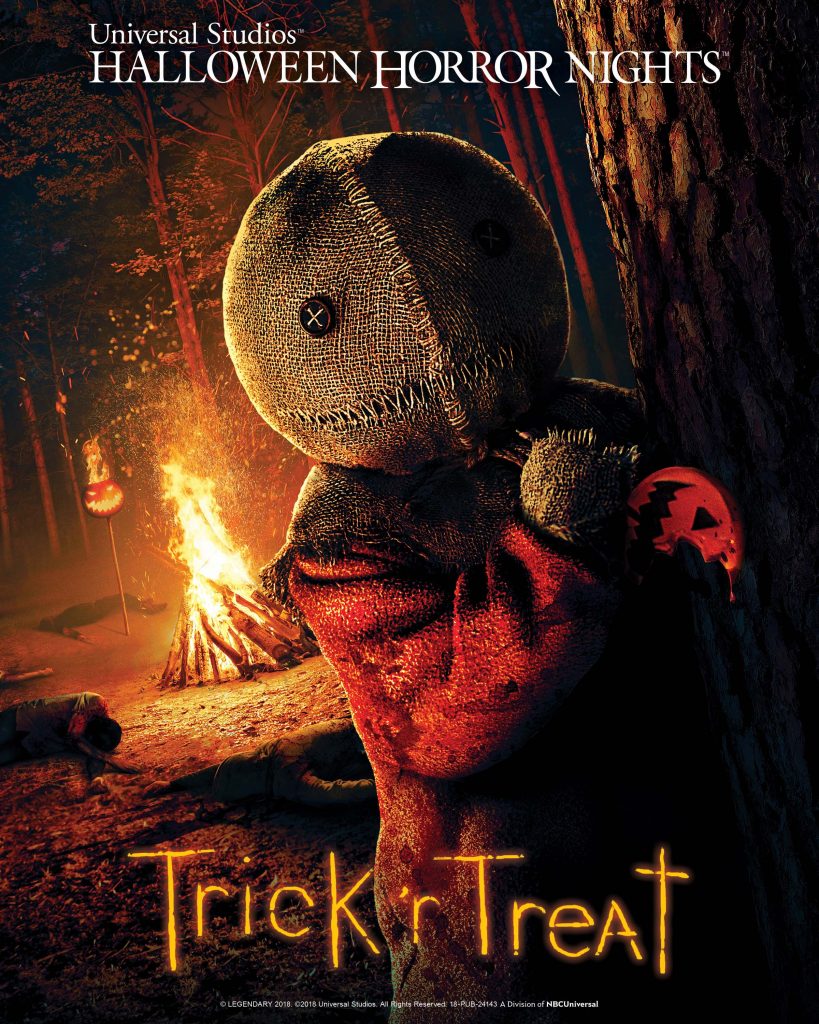