DISCLOSURE: The photos and information in this article were collected during a media event at SeaWorld San Diego. Along with other reporters, Theme Park Tribune was granted access to the park, provided parking and given reserved seating for “Vampire Circus” during the first night of Howl-O-Scream.

Theme parks fans have a new way of getting spooked in Southern California this Halloween season.

SeaWorld San Diego opened its first-ever Howl-O-Scream Friday night, offering an adult-oriented haunt event much like those offered in Tampa, San Antonio and Williamsburg (SeaWorld Orlando is also debuting its own Howl-O-Scream this year).

Like those other events — and rivals like Universal Hollwyood’s Halloween Horror Nights and Knott’s Scary Farm — this is decidedly not for kids, with grisly and gruesome themes through the three haunted houses and six scare zones.

We started the night with the house Nightmare Experiment, where guests are thrown into a government-experiment-gone-wrong that has brought nightmares to life. 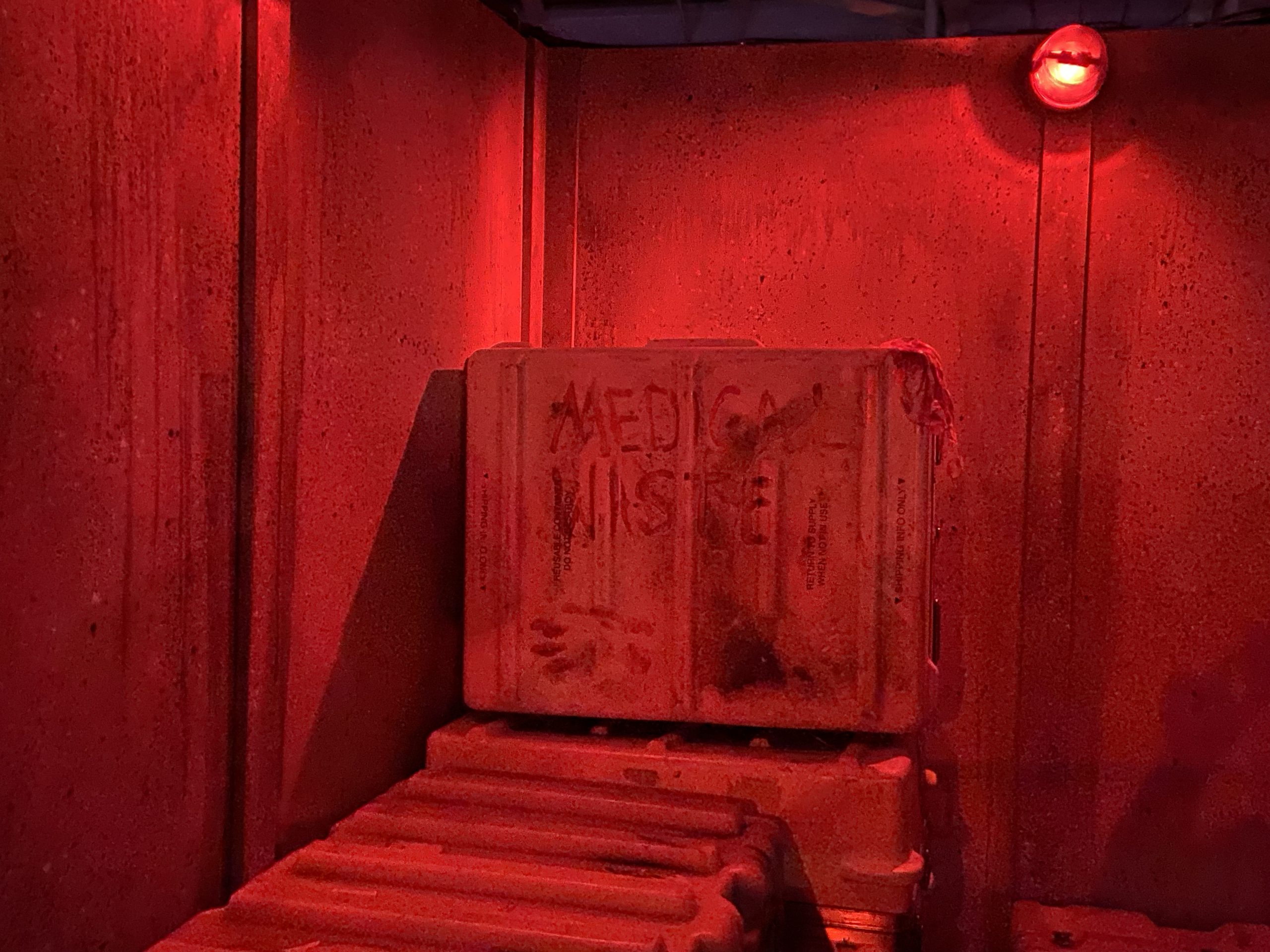 It’s the house closest to the park entrance and is bound to get the biggest line early in the night. The actors got me several times in this maze — and as an added bonus, the masks worn by scare actors make sense in this context!

All the houses have an accompanying themed bar. After exiting the horrific sleep clinic, you can treat yourself to concoctions at AmBARlance. 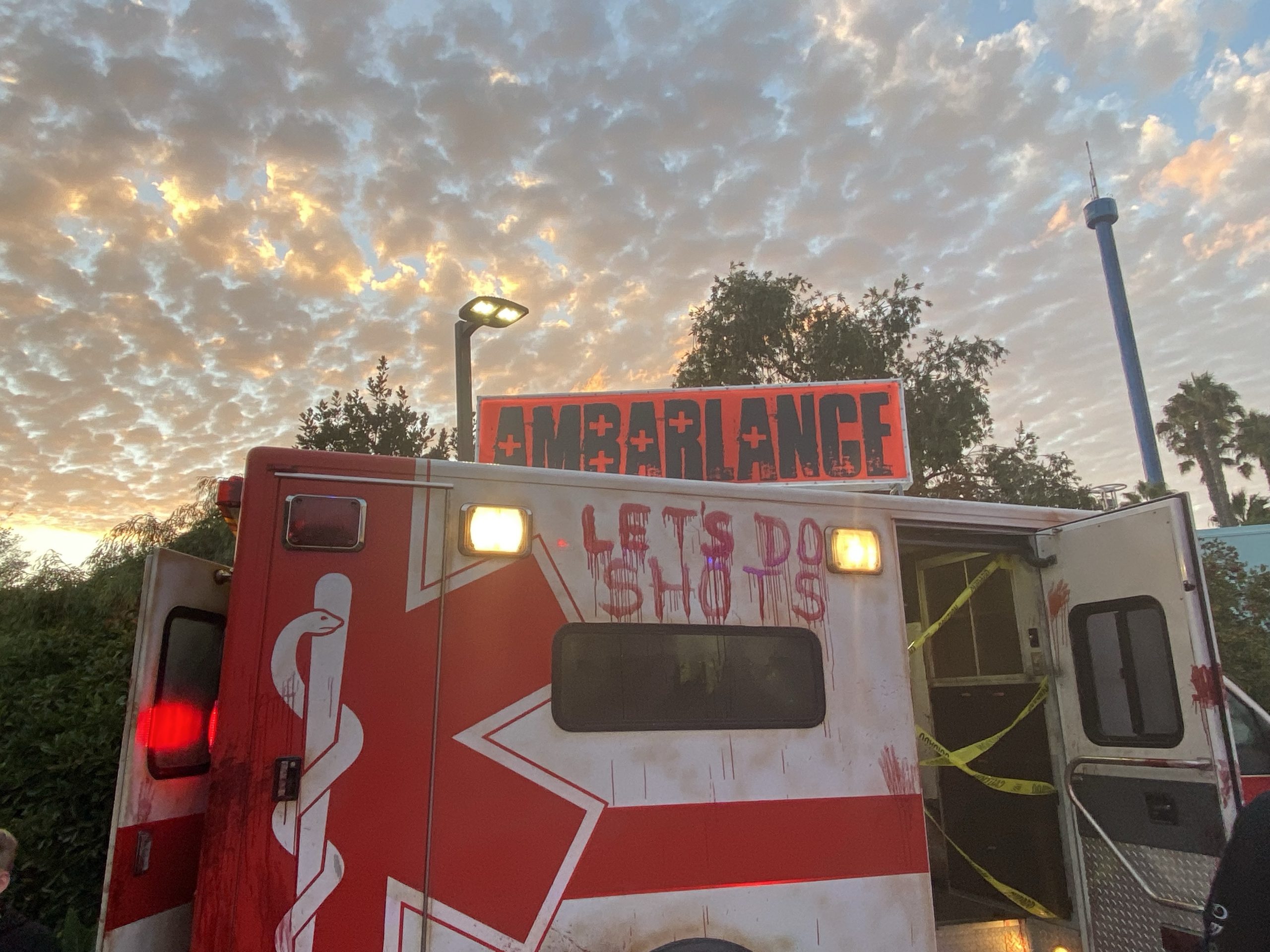 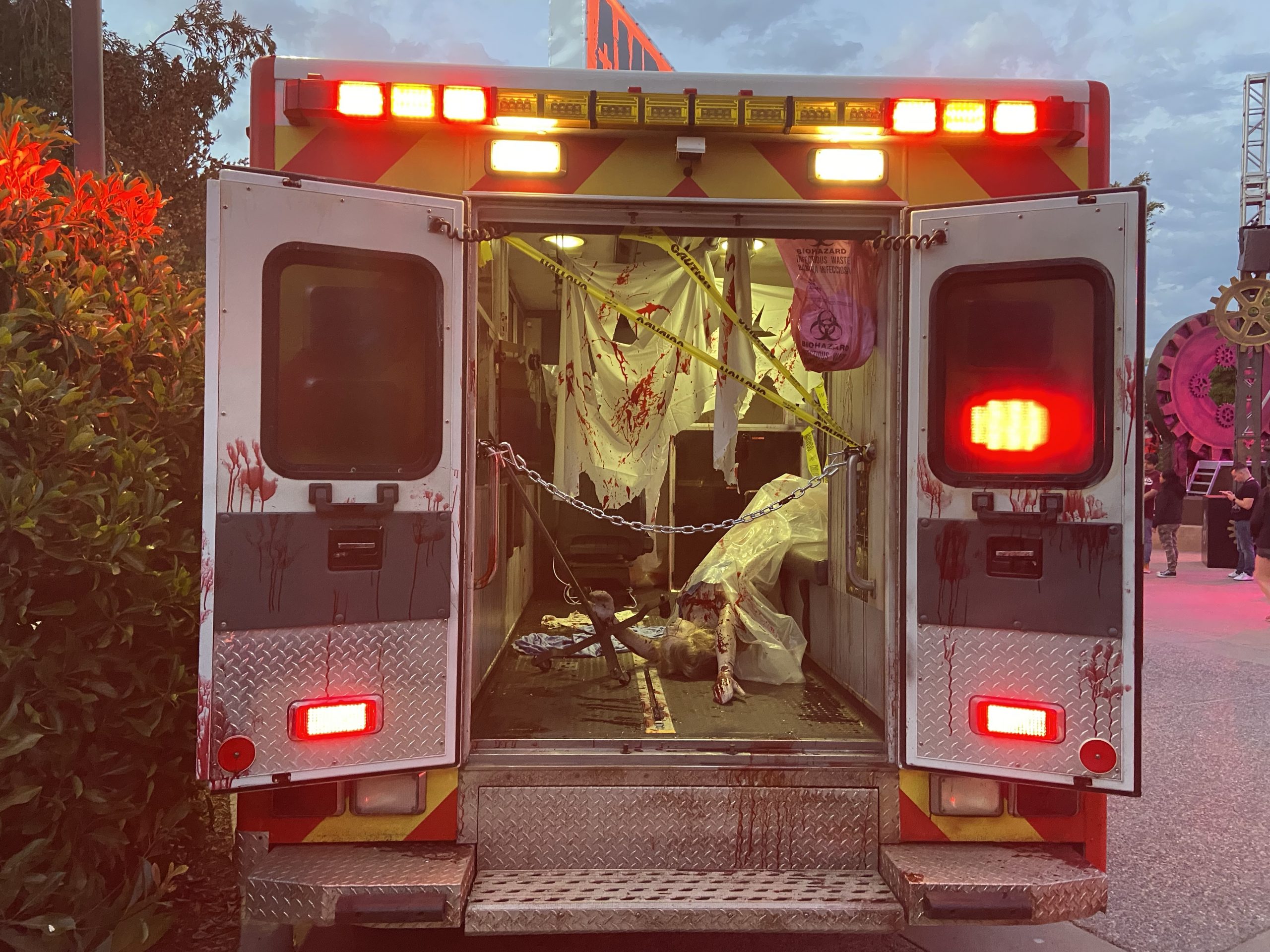 Simon’s Slaughterhouse, which has been featured in Tampa in 2018 and 2019, brings visitors into a meat processing plant taken over by the murderous Simon the Butcher. 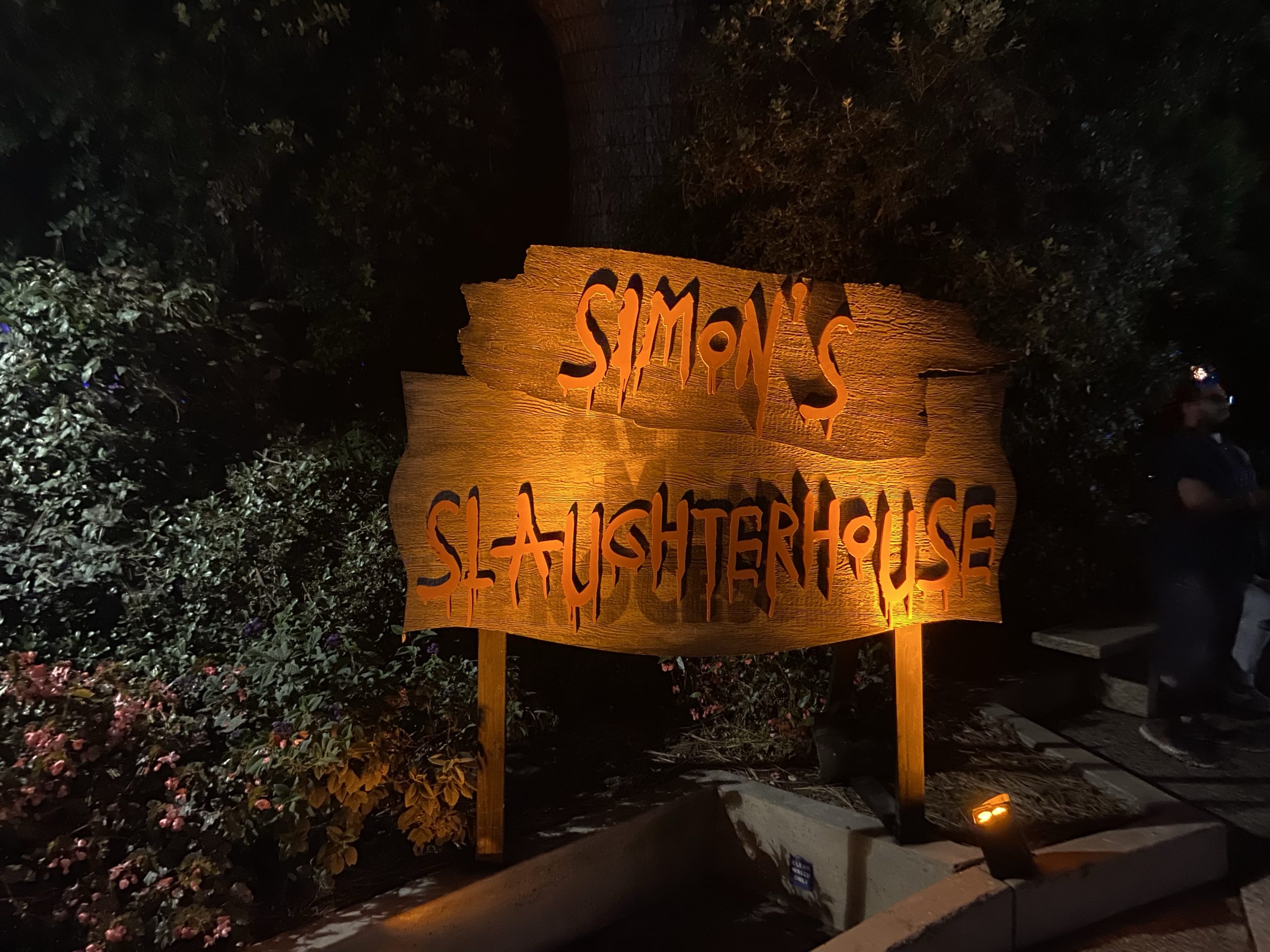 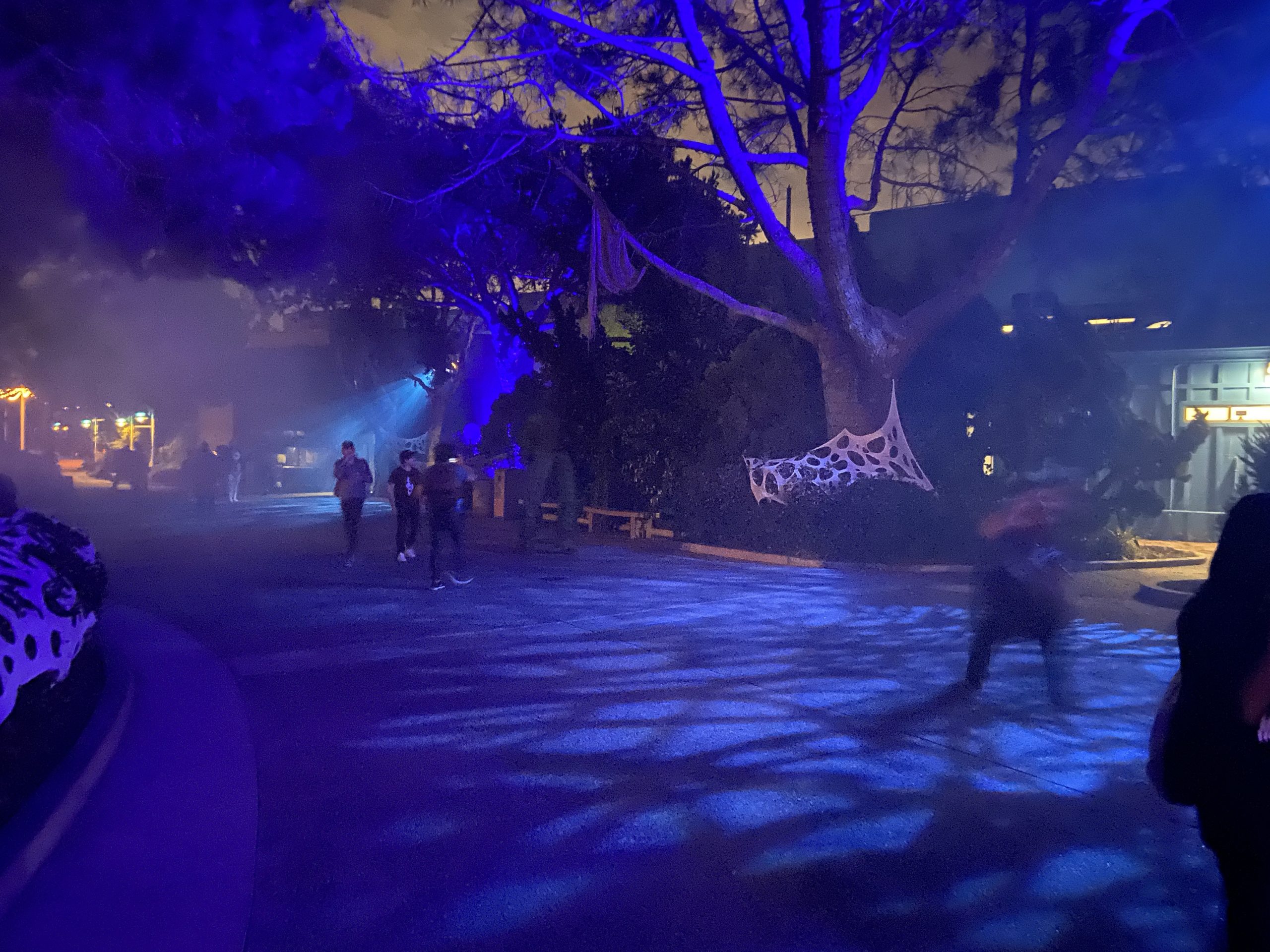 The third and final house is another staple of other Howl-O-Screams, Death Water Bayou, where guests encounter the dreaded Bayou Witch. 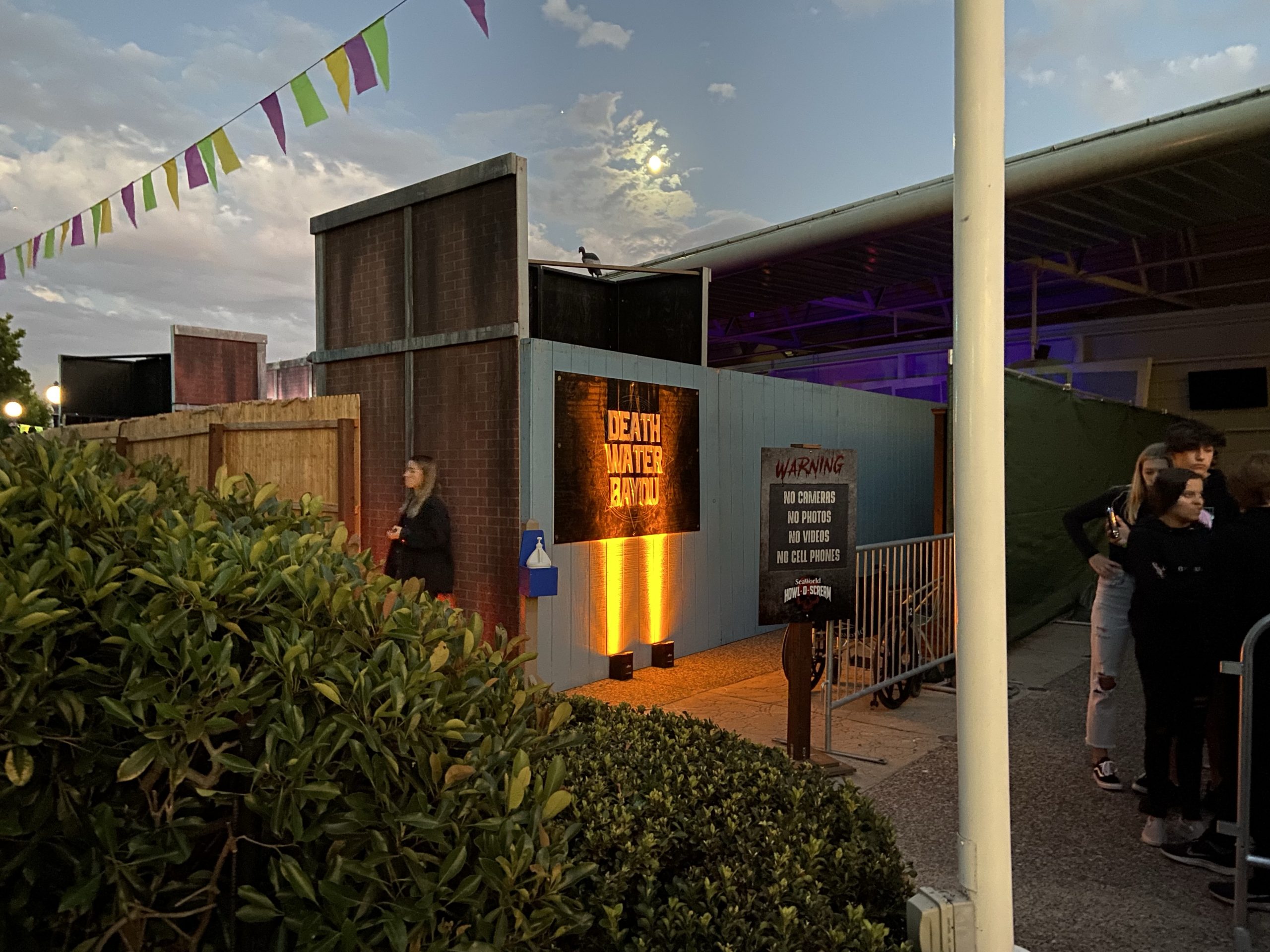 The themed bar here is called Murder She Float, with some ghoulish Mardi Gras decor. 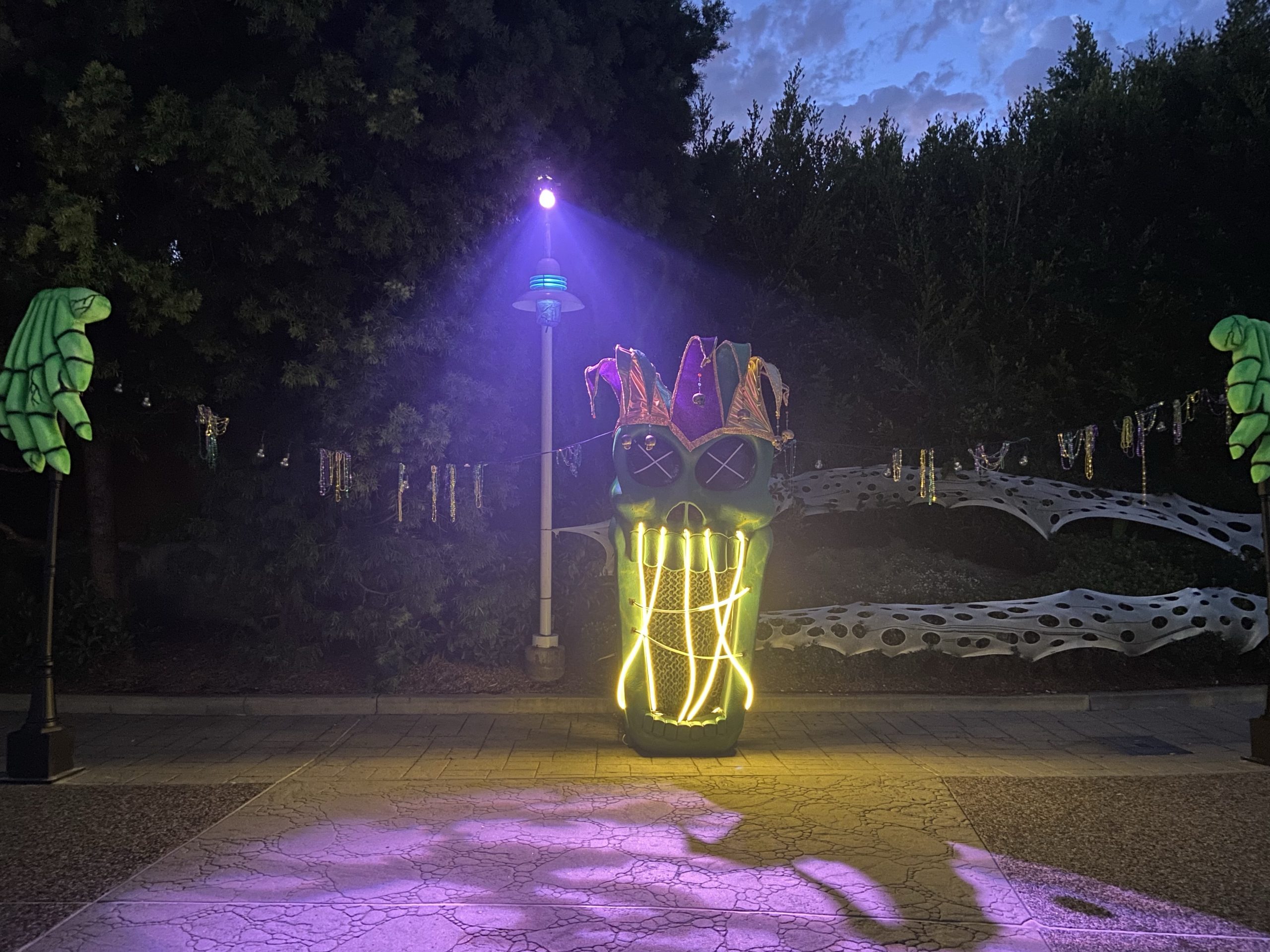 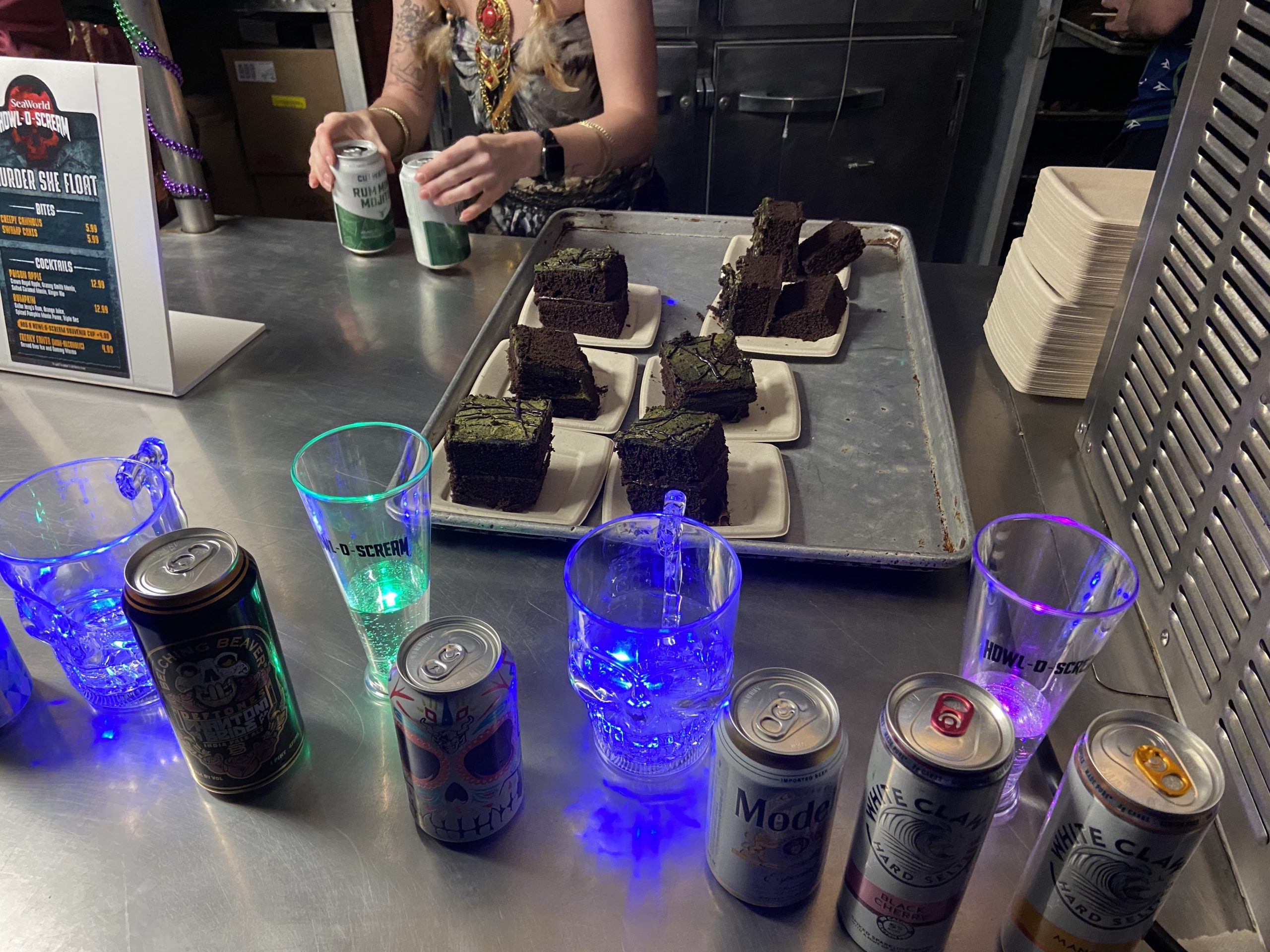 If you want a break from the houses, you can take in the “Vampire Circus” stage show. The elaborate production at the Nautilus Theater ran twice on the night we visited — at 8:30 p.m. and 10:15 p.m.

It’s just what it sounds like: vampires in a circus. I don’t even know how to describe some of the acts performed in this 45-minute show, so check some of the clips we posted on Twitter from the performance and see for yourself. 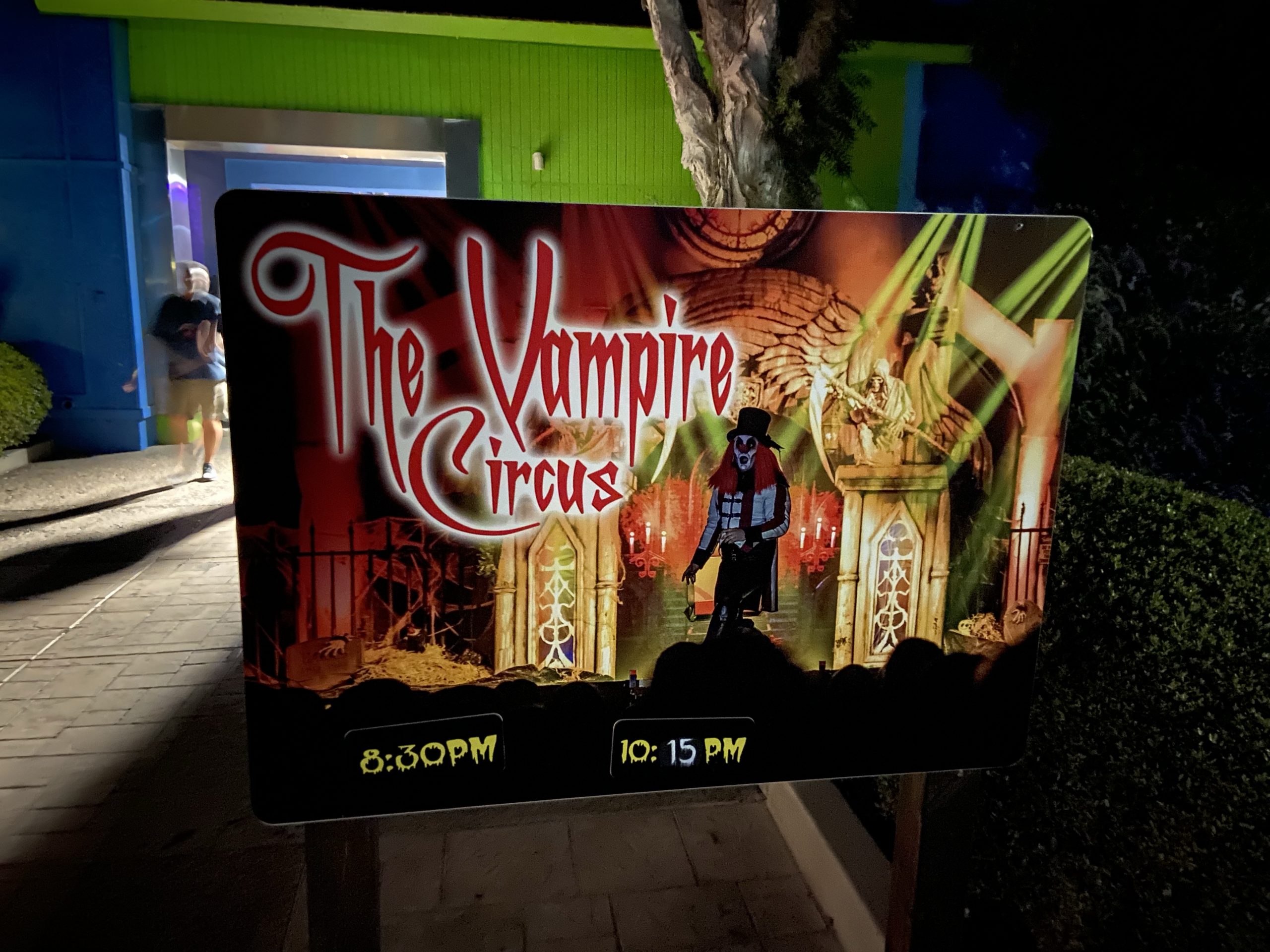 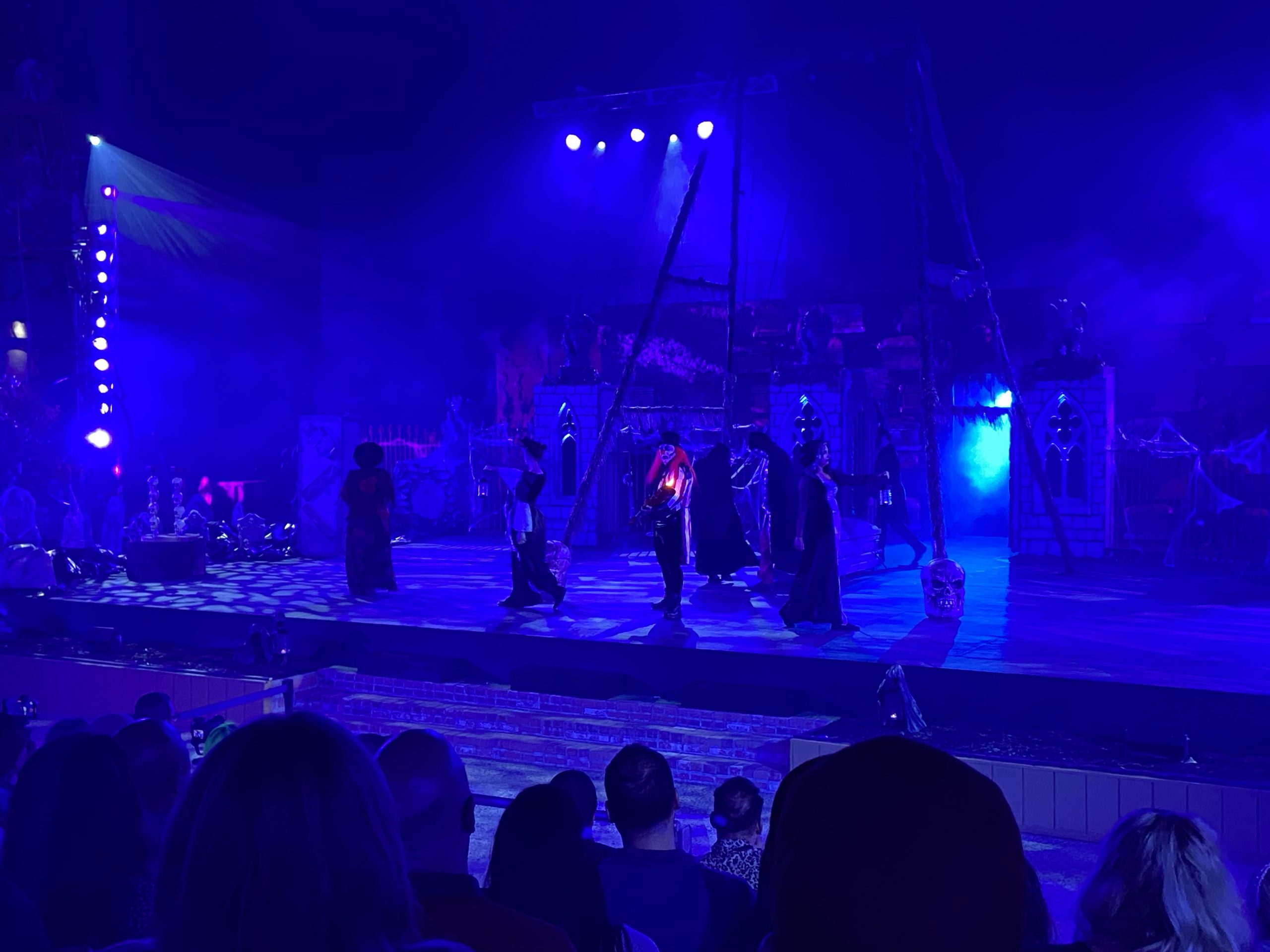 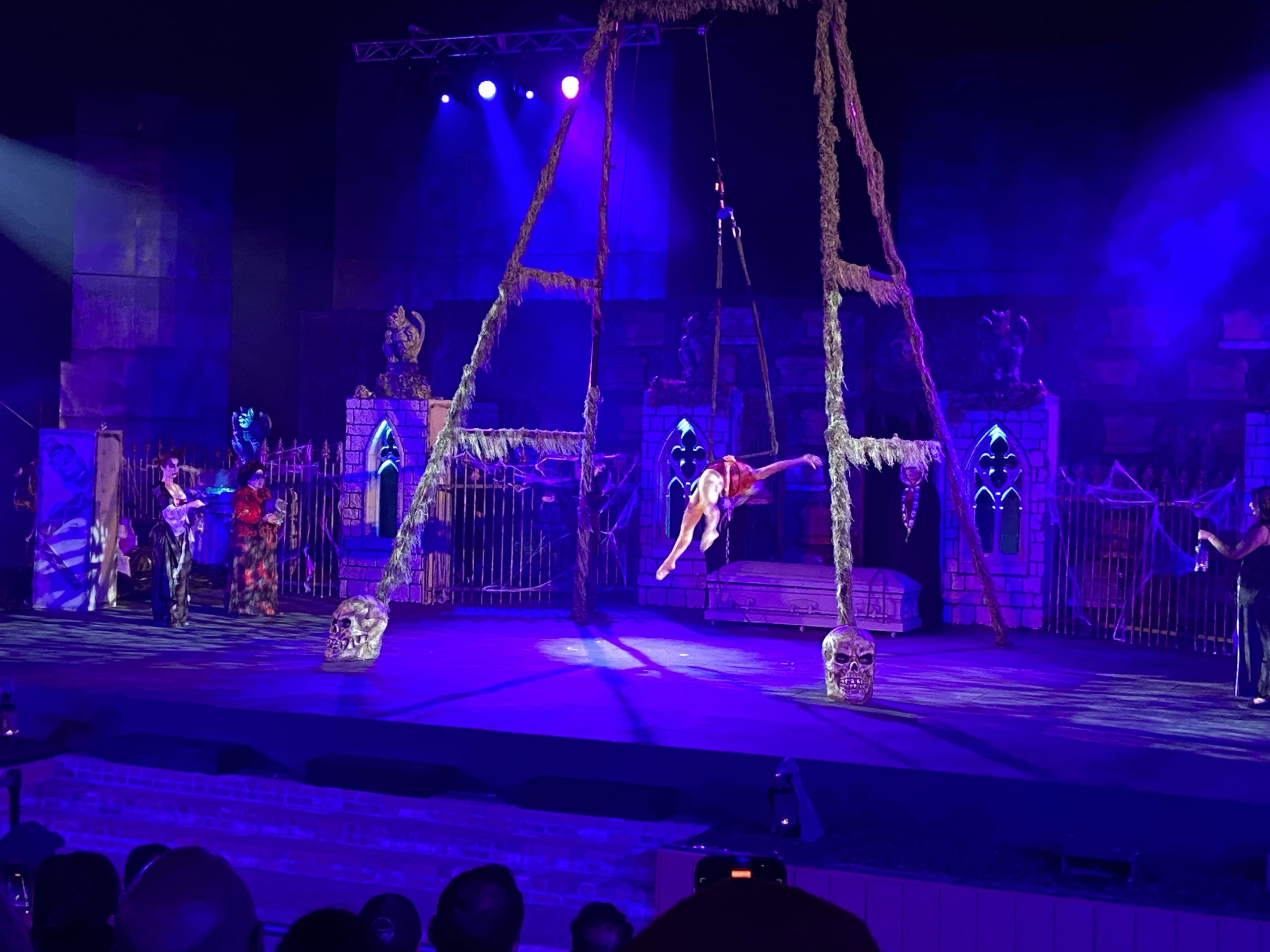 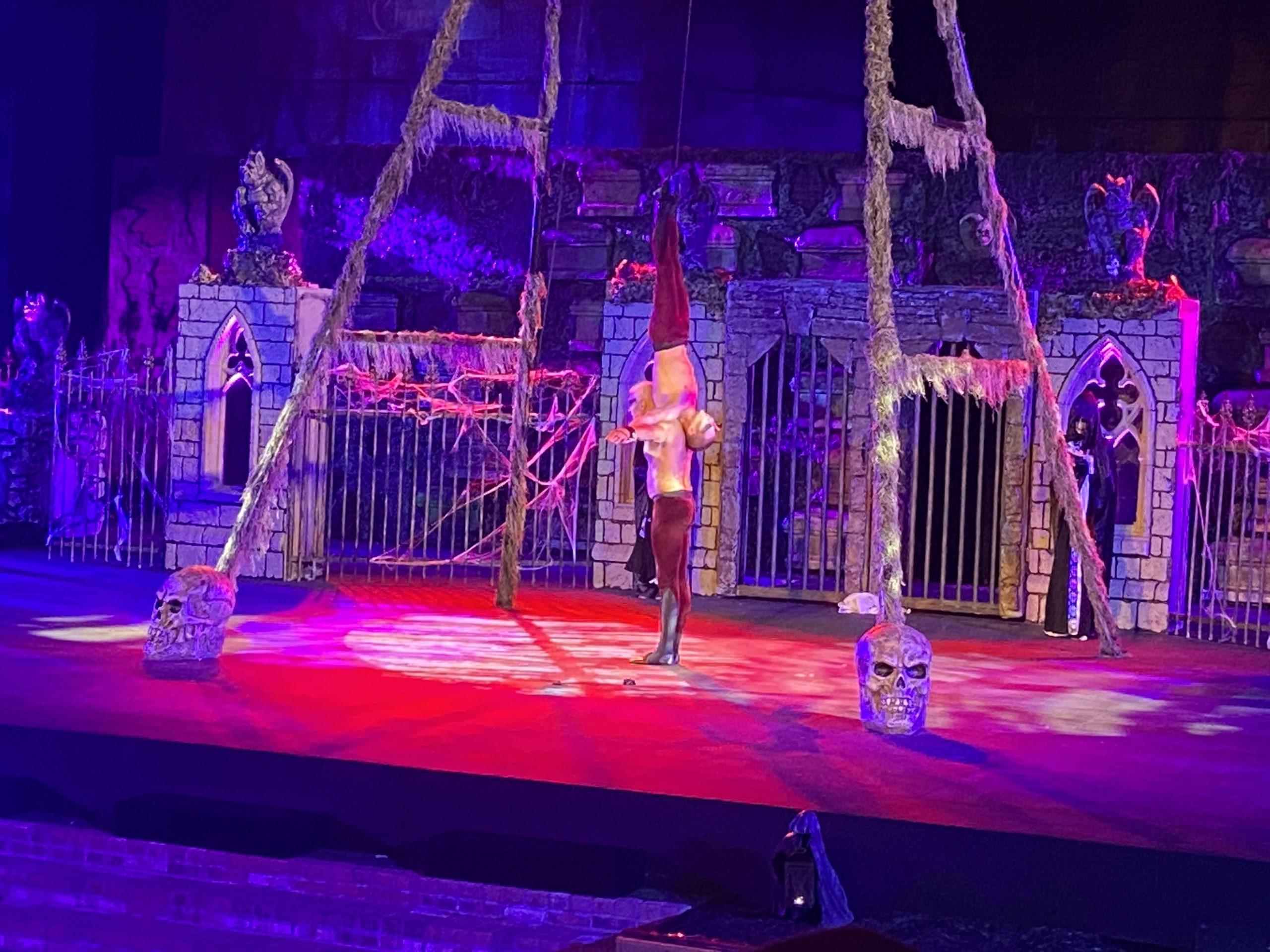 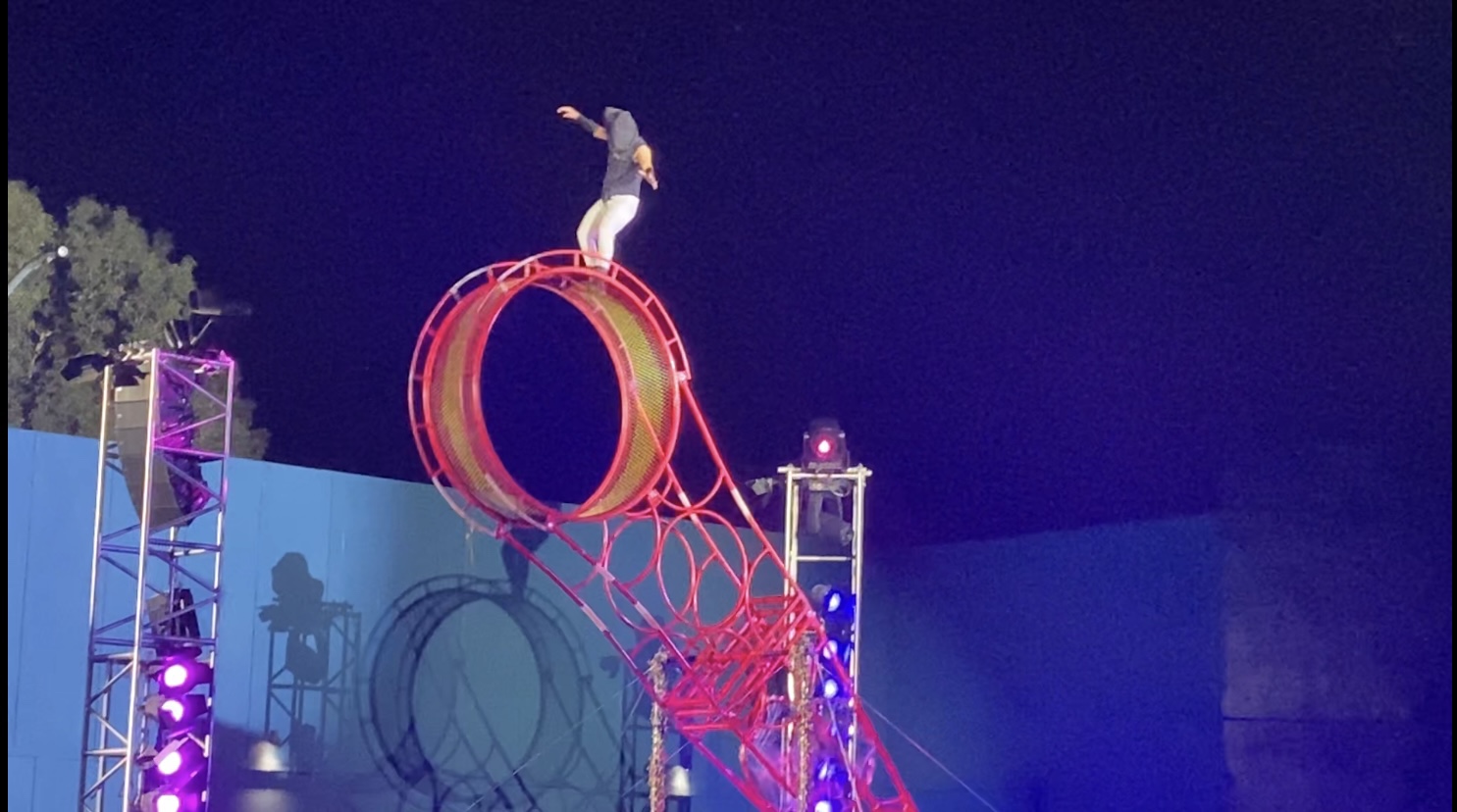 Throughout the park are four “roaming hordes” and six scare zones. Especially fitting for SeaWorld is The Sirens scare zone, located between Nightmare Experiment and “Vampire Circus” towards the Electric Eel coaster. 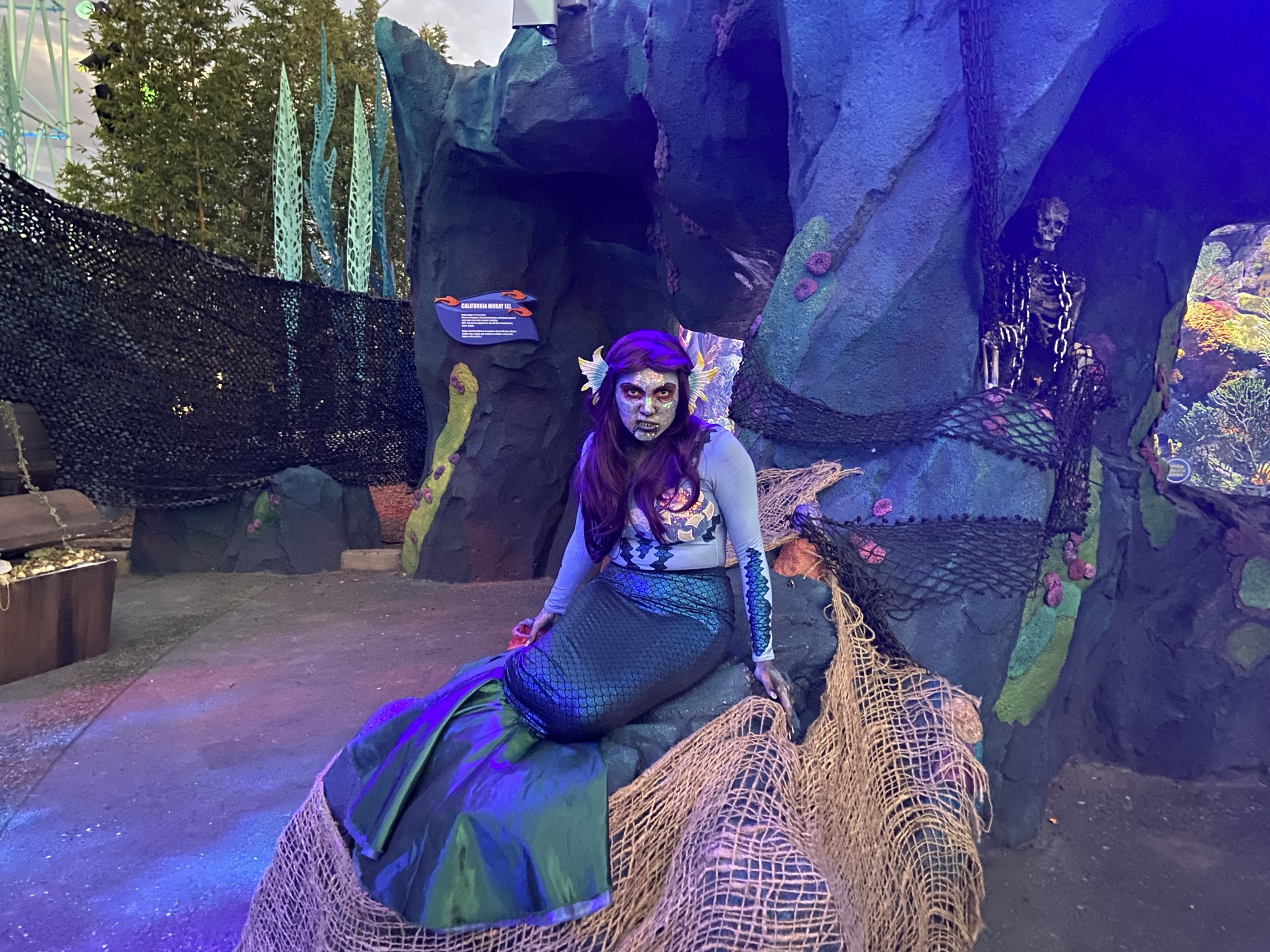 These actors in Graveyard got me quite a few times in the tunnel going underneath Electric Eel — including mid-picture, as you can see below. 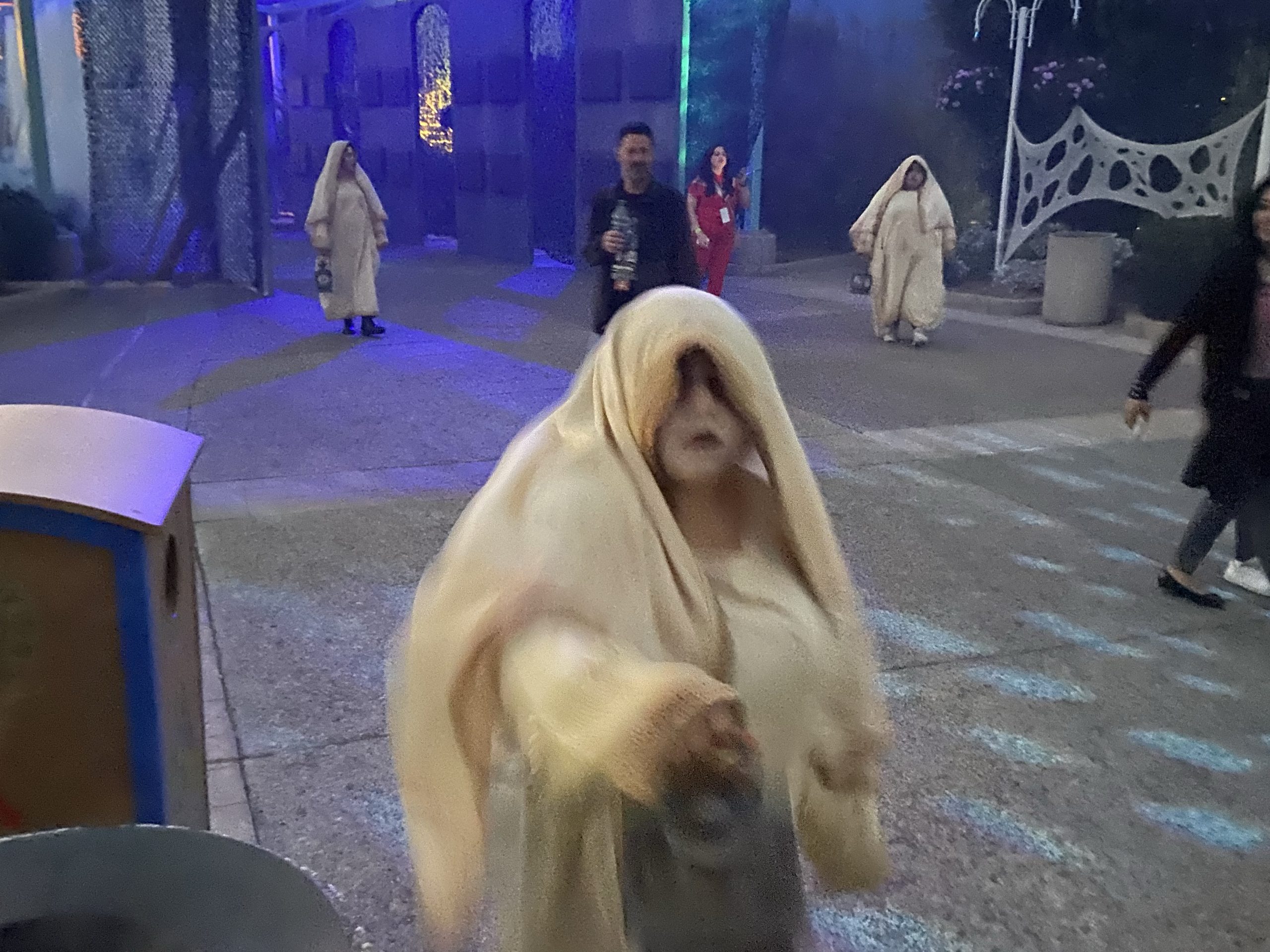 The most eye-catching scare zone is La Llorona. It manages to be scary and beautiful at the same time. You can’t help but be unnerved by shrouded mothers, dressed all in black and pushing strollers, screaming, “They killed my baby!” 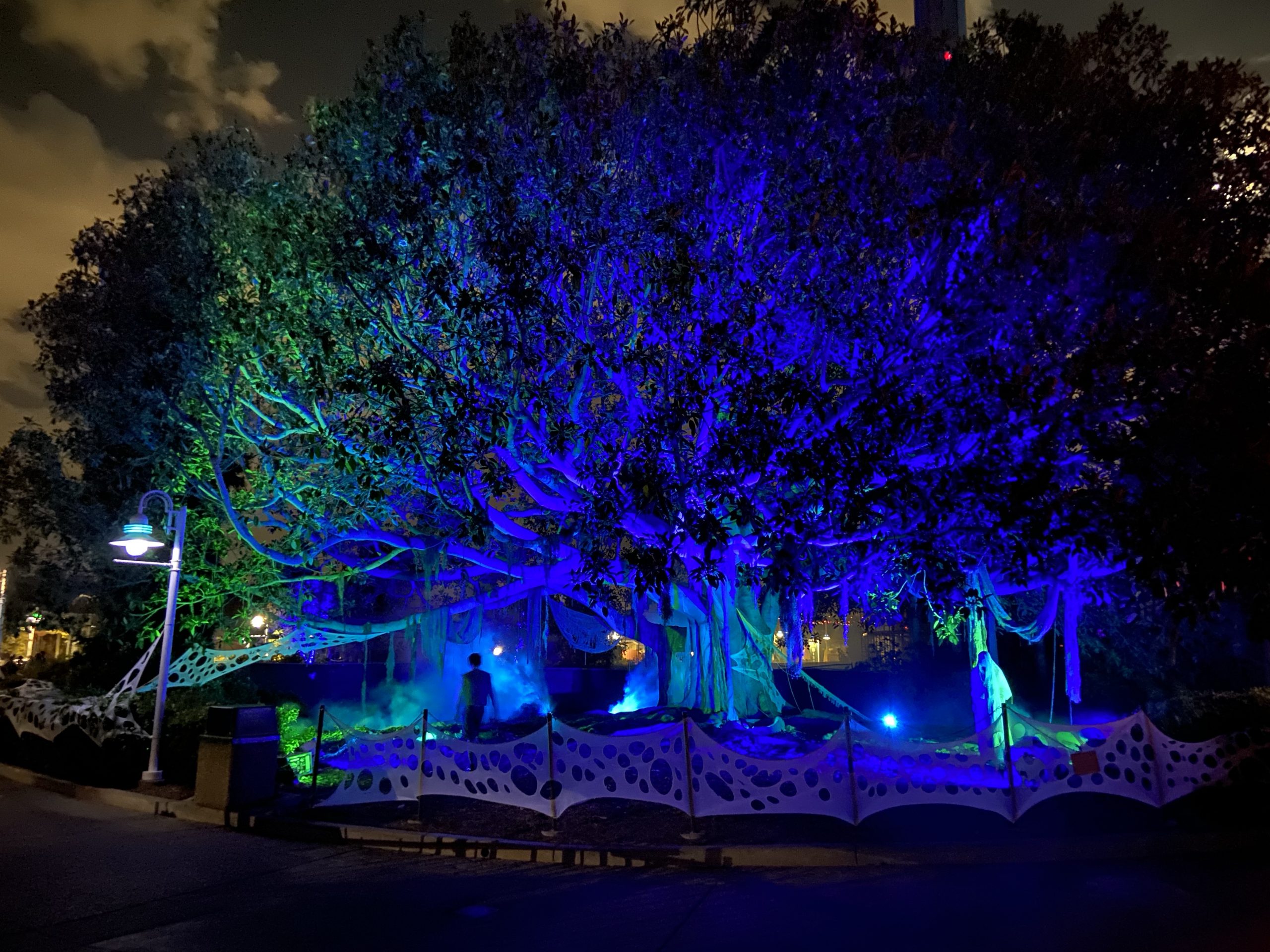 There is room for the event to grow in future years, as SeaWorld’s winding pathways leave plenty of space for additional scare zones and hordes. 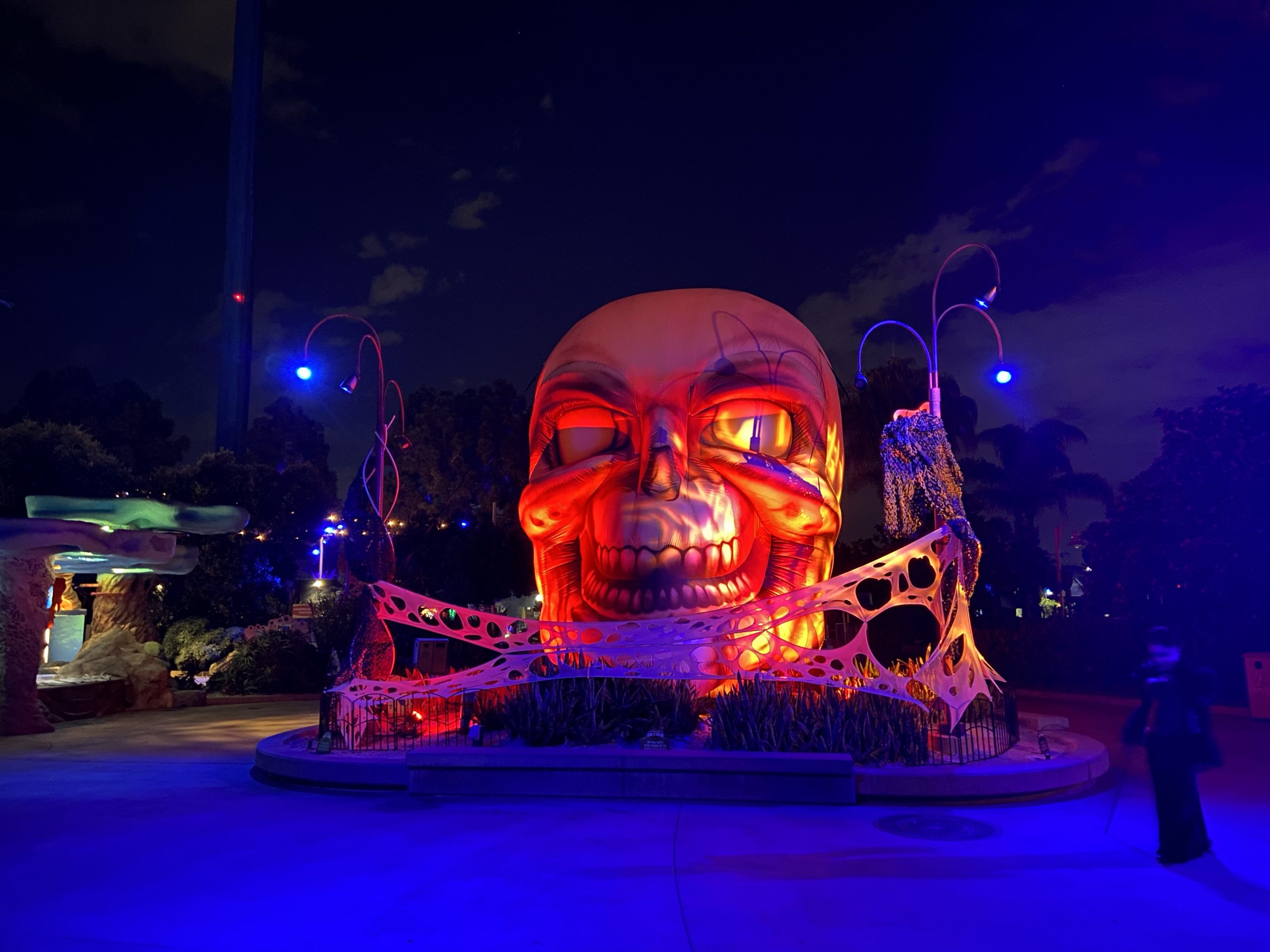 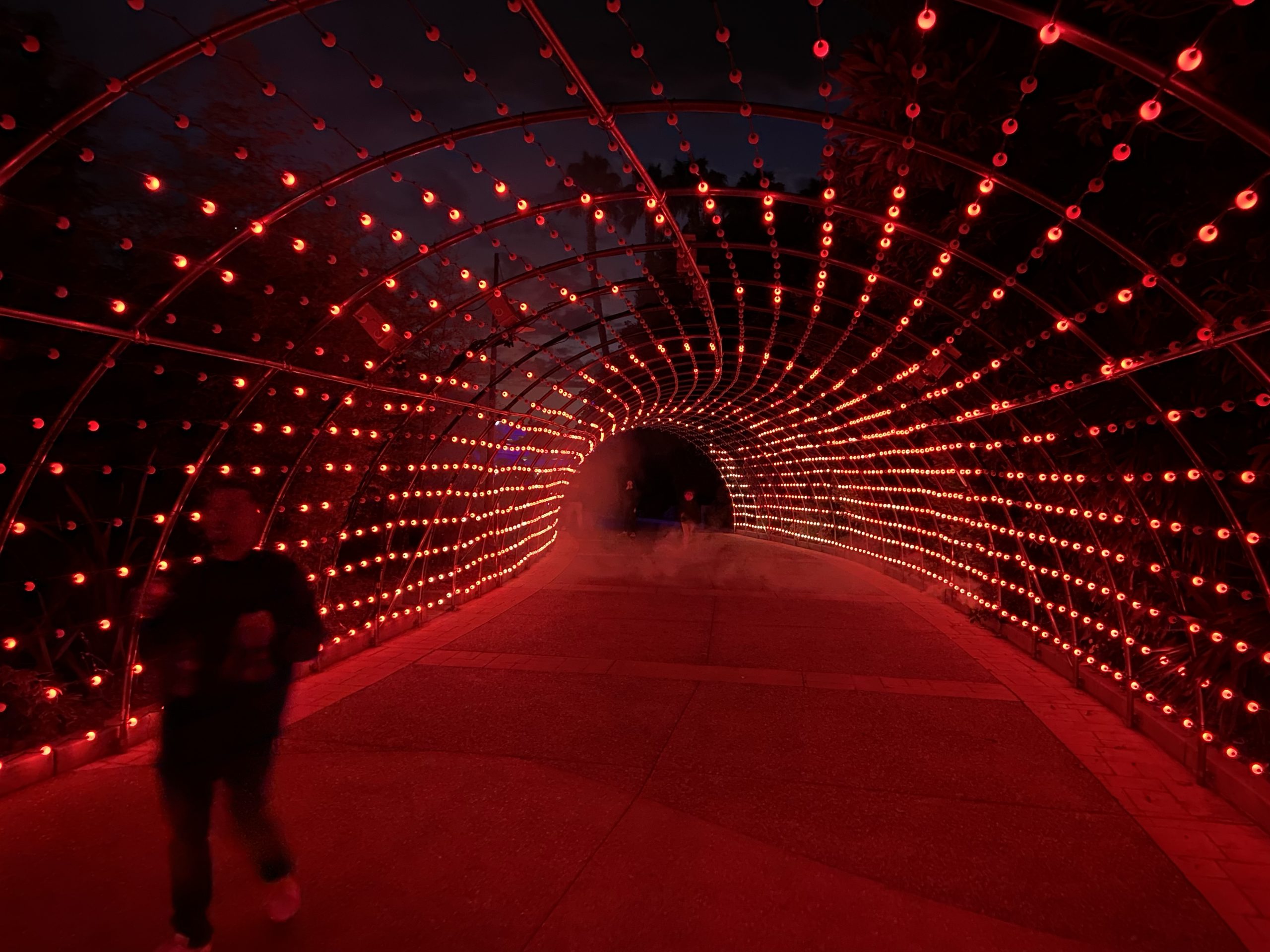 One great innovation for the event’s first year: An actor held a live snake in the First Fright scare zone. 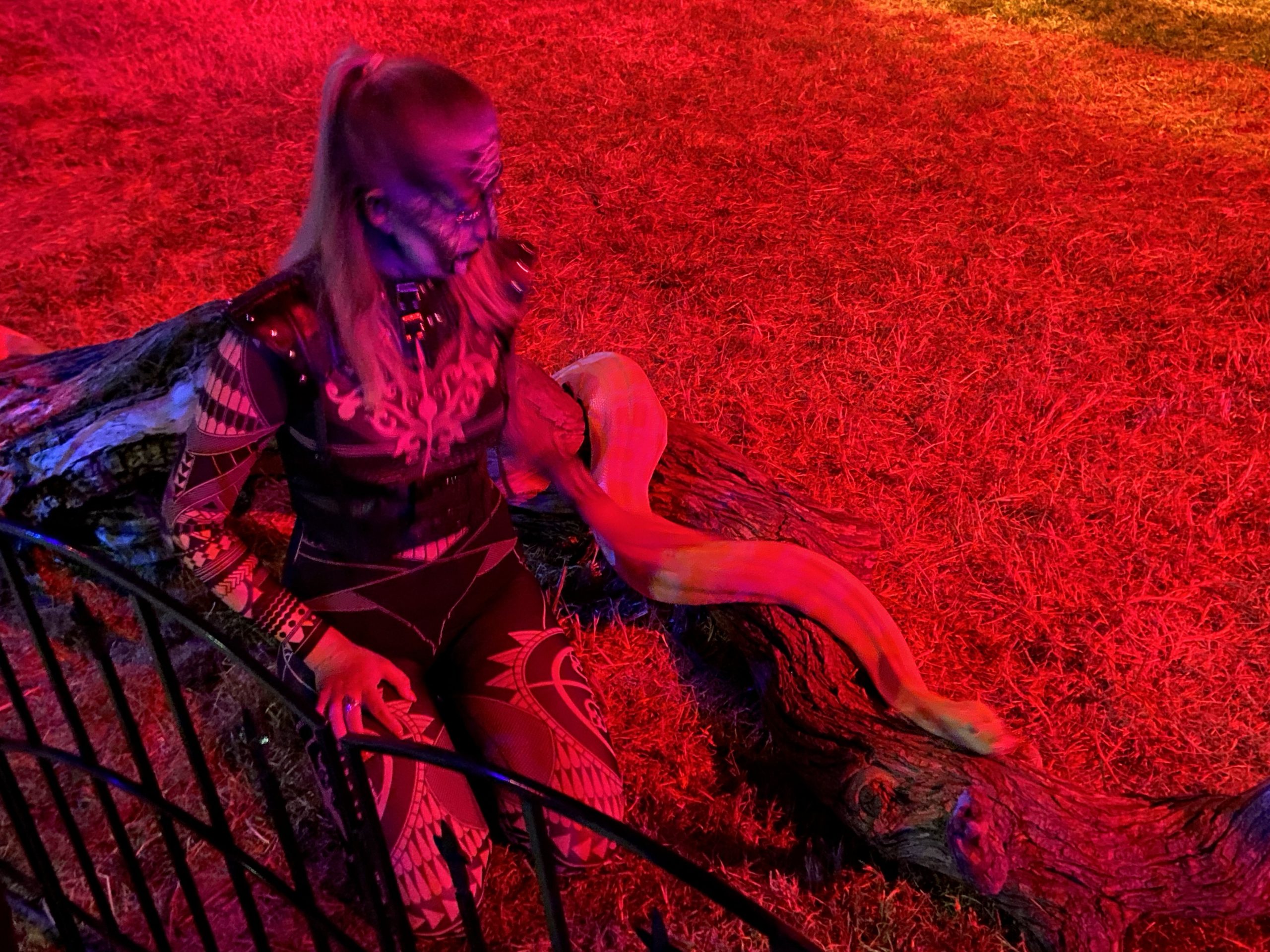 Thrillseekers can also enjoy night rides on three of the park’s coasters: Journey to the Atlantis, Manta and Electric Eel. 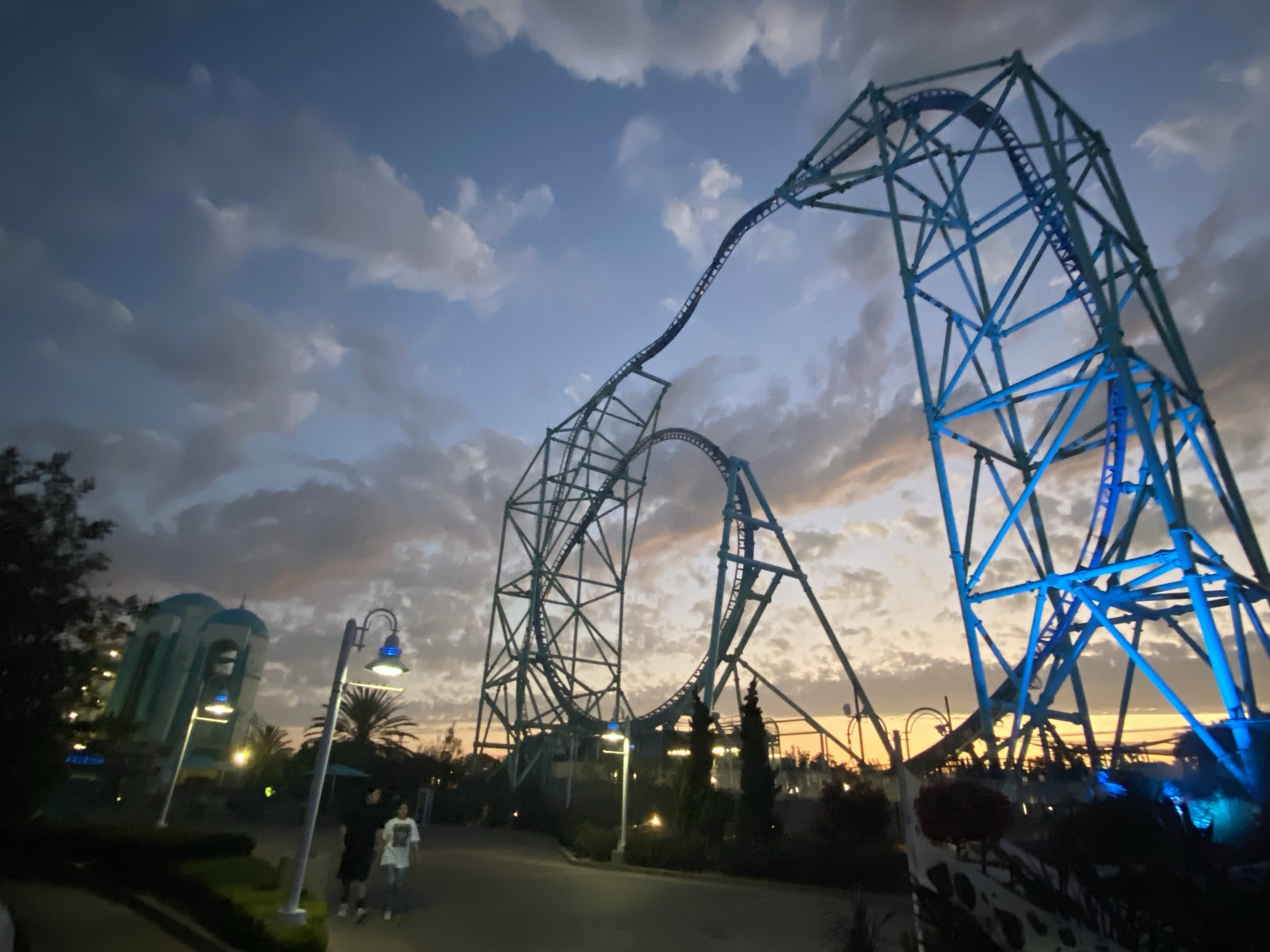 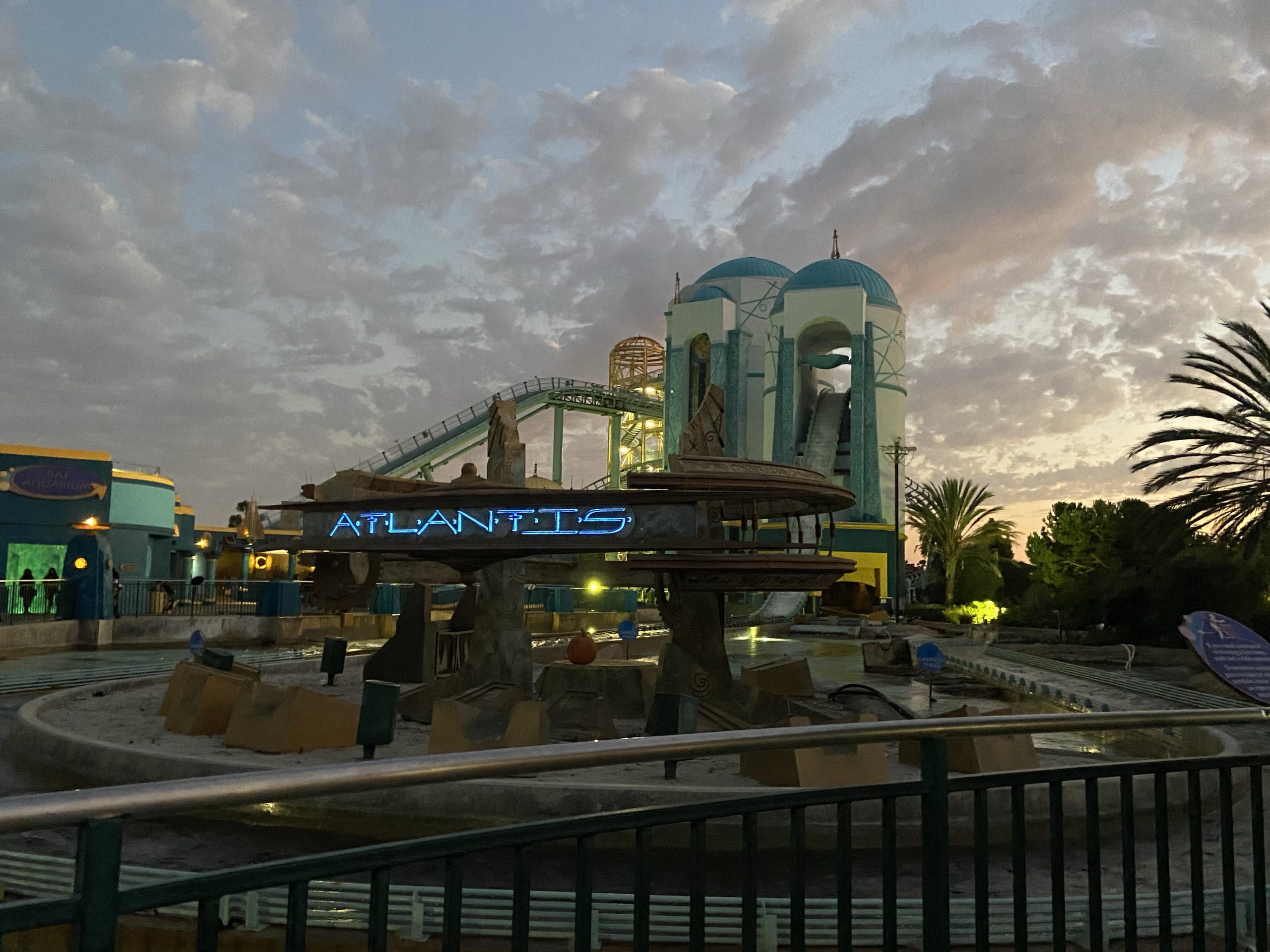 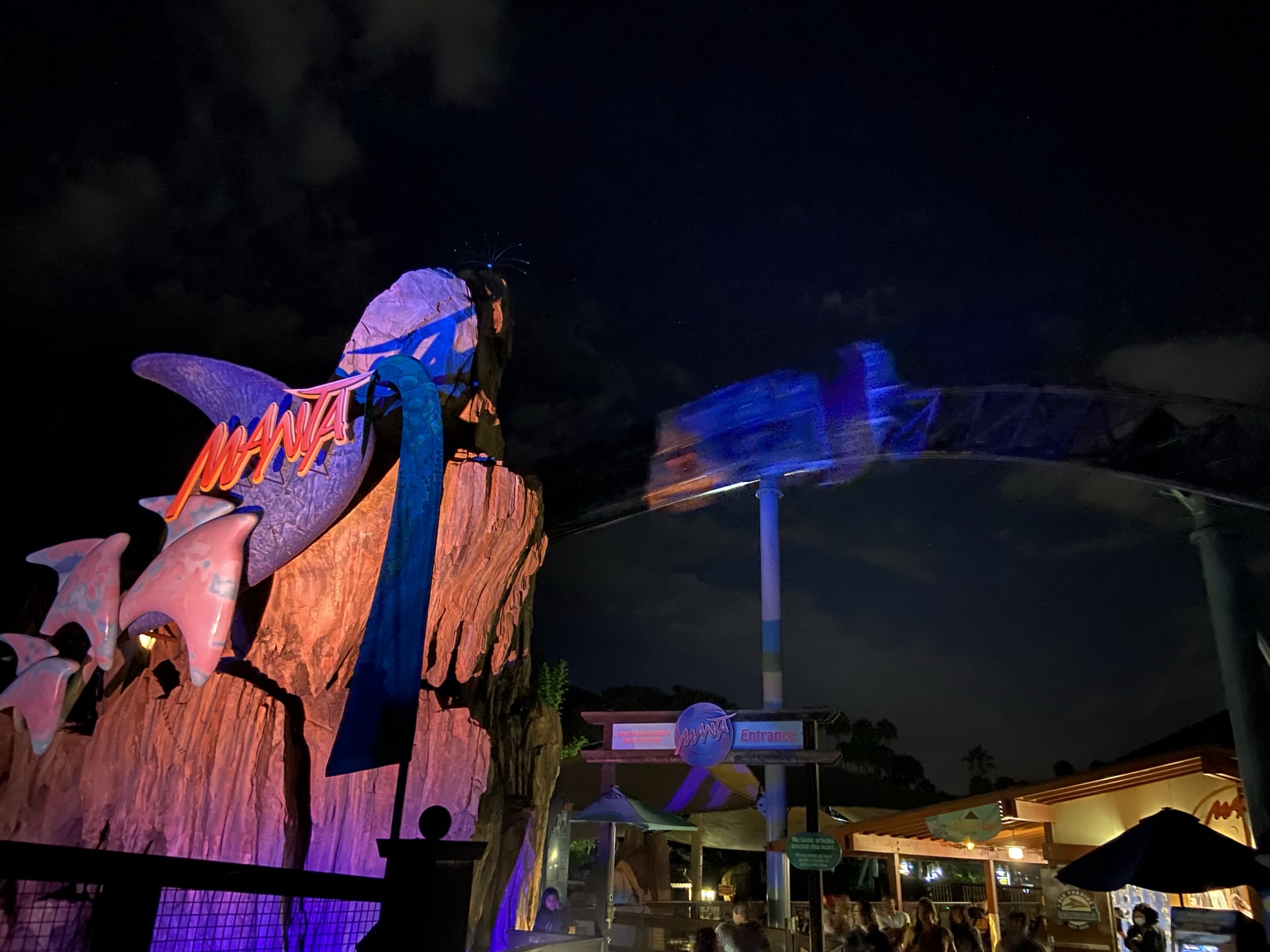 All three coasters were walk-ons during our visit, thanks to crowds focusing on the houses and Manta and Atlantis still running multi-train operations.

Howl-O-Scream will continue to take over SeaWorld San Diego on select nights through Halloween. Tickets start at $45 for the general public.