Of all the new theme park technology and concepts on display at the International Association of Amusement Parks and Attractions (IAAPA) expo, few generated the kind of buzz — and encouraged as much unrestrained speculation — as the “Duel Power Coaster” introduced by Dynamic Attractions.

A combination of a motion simulator platform and a roller coaster, Dynamic’s new ride tech is capable of everything from inversions to racing-like features such as drifting, airtime, spinouts and having two cars “dueling” on separate tracks.

“Most coasters are all about the track,” said Dynamic Attractions President Hao Wang. “That is only half of the excitement in this ride, where the cart itself is powered and moves, creating racing sensations never possible before on a roller coaster.”

The technology earned the IAAPA’s Brass Ring Award for Best New Product Concept introduced at the show. For those who saw the Dynamic Attractions presentation, the ride system sparked the same question: Is this Mario Kart?

Ever since Nintendo and Universal first detailed their theme park partnership in 2016, a Mario Kart attraction has been in the works. Universal confirmed in June 2017 that such a ride would be included in the first Super Nintendo World expected to open at Universal Studios Japan before summer 2020. The same ride would likely come to Orlando, though Universal has made no announcements about when Nintendo may have a presence in Universal Studios Florida, Islands of Adventure or its rumored third theme park.

Features of Dynamic’s Duel Power Coaster fit with what little has been revealed about the Mario Kart attraction. Universal has filed patents related to both drifting and augmented reality goggles, both of which can be included in the Dynamic system. Much of the rumored connection, however, relies on speculation, such as how the concept art features a certain Mario Kart-like color palette. 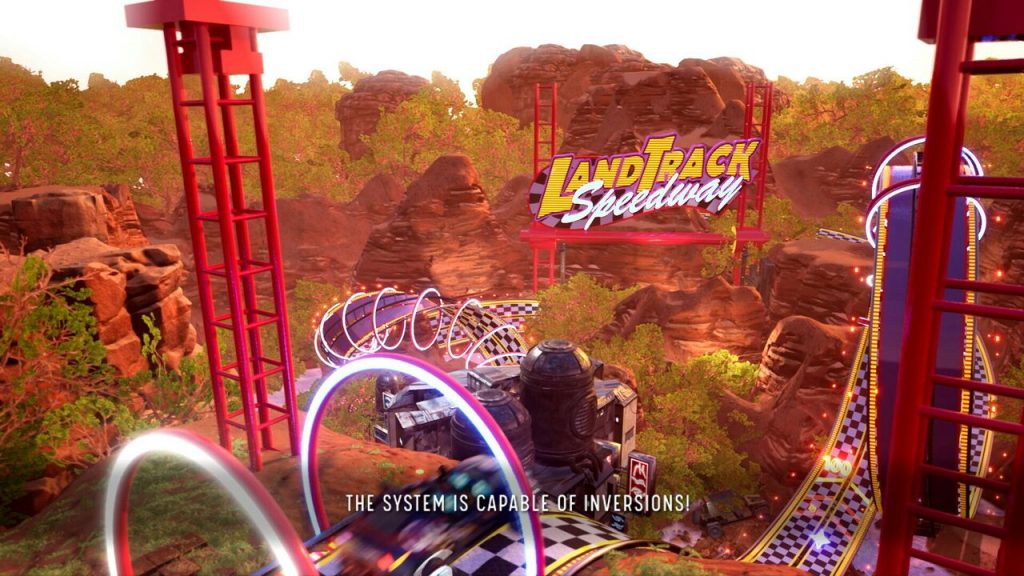 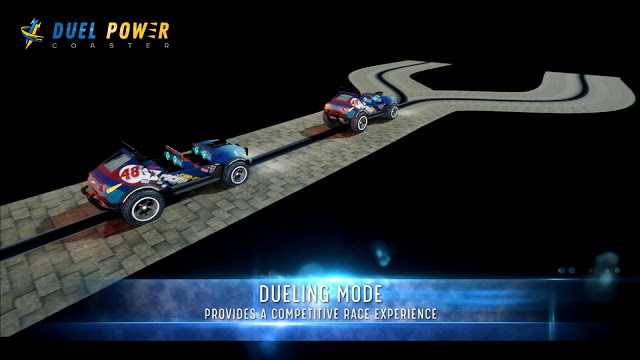 What “dueling” looks like on the Duel Power Coaster (Dynamic Attractions)

The company has done plenty of work for Universal in the past, contributing to major attractions like The Amazing Adventures of Spider-Man, Revenge of the Mummy and Harry Potter and the Forbidden Journey.

If the company is working with Universal again on a Mario Kart ride, it’s keeping that relationship confidential. Dynamic Attractions spokesman John Kageorge told Orlando Rising it has yet to receive an order from a U.S. theme park for the Duel Power Coaster, but he wouldn’t confirm or deny the rumors that the system is going to be used for Universal’s Mario Kart attraction.

“Those theme parks are the only ones that may disclose our role with their parks; only they may disclose the name of specific attractions we’ve helped create,” Kageorge said. “We’re merely ride engineers, fabricators, technicians, and installers; they are the geniuses that use the ride systems in the immersive, media-based attractions that they dream up.”

Universal did not respond to a request for comment on the rumors.

The lack of exclusivity is one argument against the Dynamic concept being utilized for Mario Kart. In the past, Universal has gotten exclusive rights for new ride technology for a set period, as was the case with the Robocoaster system used in Harry Potter and the Forbidden Journey.

But this ride will be featured in a theme park shortly. It was announced at IAAPA that a Dual Power Coaster would open at an unnamed Malaysia theme park in spring 2019 — though Dynamic revealed to Orlando Rising that this first version will not make use of all its promised features.

“The ride will have inboard and off-board propulsion,” Kageorge said. “It will not have the Dual Power Coaster’s optional motion base platform.”

Whether some of the ride technology could be exclusive to Universal depends on what kinds of agreements were signed, said Bill Zanetti, a founding member of the Entertainment Management Advisory Board at the University of Central Florida.

If the system is indeed the basis for the Mario Kart attraction, fans could be waiting a year or more for Universal to confirm or dispel these rumors.

“Universal tends to keep things close to the vest until they are ready to start selling the product. I don’t expect fully detailed announcements until the booking window opens to visit the new attractions,” Zanetti said. “Announcing new things too early in the industry can actually hurt attendance is the meantime, especially if they can’t book trips yet, as potential visitors will postpone their trips until the new attractions are open.”