The Walt Disney World Swan and Dolphin Resort will add a third hotel to its property next summer: a 14-story tower called the Swan Reserve.

The resort released an image this week showing the view from atop the new hotel looking out at the neighboring Swan and Dolphin towards Epcot and Spaceship Earth.

Upon completion, the Swan Reserve will offer 349 guest rooms — including two presidential suites and 149 regular suites. The property is meant to cater to business clients, adding 21,000 square feet to the Swan and Dolphin’s existing 331,000 square feet of meeting and convention space. Suites will also feature access to a conference table and a built-in audio and video system. 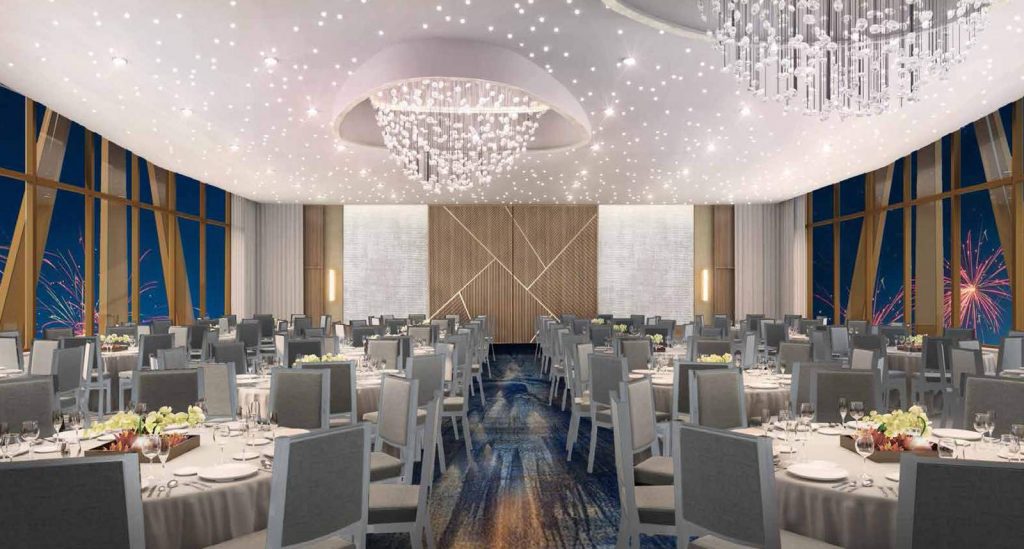 A top floor venue will be available for weddings and group events, featuring views of the nightly fireworks at Epcot and nearby Disney’s Hollywood Studios through floor-to-ceiling windows. The hotel will also feature a restaurant and bar, lobby lounge, grab-and-go market, health club and pool, with guests also allowed to take advantage of the amenities (pools included) at the Swan and Dolphin.

The new hotel is not owned or operated by Disney, despite being firmly entrenched within Disney World property.  Just like the Swan and Dolphin, the Swan Reserve will be owned by New York-based real estate firm Tishman and MetLife Investment Management and operated by Marriott International.

The project was originally named The Cove when it was first announced in 2018. It was rechristened the Swan Reserve in August when the resort announced the topping off its 14th story.