“We’re taking our lagoon show experience to the next level and giving you a great new way to cap off an exciting day in the parks,” Kara Burnham, who works in television development for Universal Orlando, wrote in a blog post. “You’re going to see thrilling and fun moments inspired by characters from some of your favorite Universal Orlando attractions and blockbuster films come to life in the Universal Studios Florida lagoon.”

The show was first announced in the fall of 2017 after the previous lagoon show, “Universal’s Cinematic Spectacular,” closed without a final performance after its equipment was damaged by Hurricane Irma. Details were leaked out in early June when information about the show was briefly posted on the Universal site before being confirmed by the resort a week later. 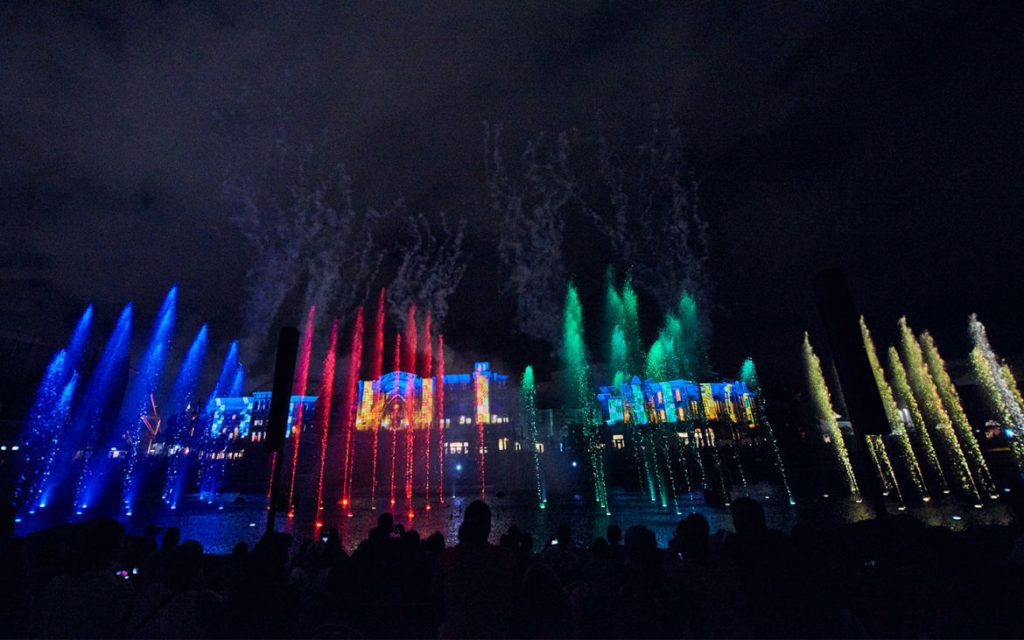 The fountain, fireworks and projection-driven show feature sections based around Universal franchises like “Jurassic World” and “Despicable Me” along with movies featured in the parks like “E.T. the Extra-Terrestrial” and the “Harry Potter” films.

In a change from past Universal lagoon shows, its designed to be seen from a dedicated viewing area built over the past few months in the Central Park section of Universal Studios Florida which the resort says will hold 6,500 people. 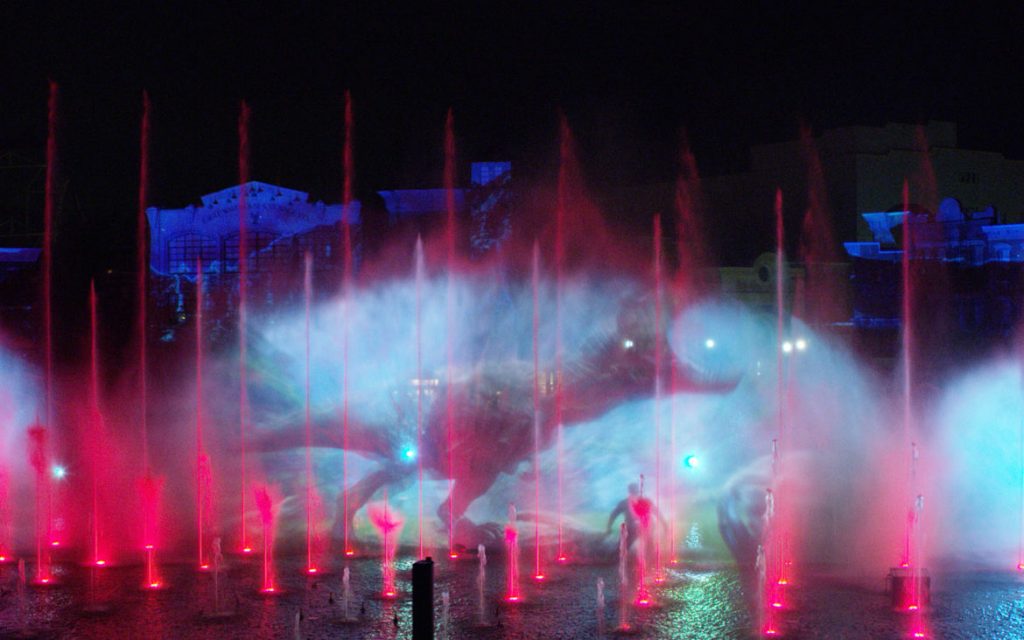 The opening of the show provides some balance to Universal Orlando’s nighttime offerings to match the Nighttime Lights at Hogwarts Castle in Islands of Adventure.

For guests wanting to check out the new lagoon show, be warned: Universal has said it will run on “select nights” throughout the summer. Through July 31, it’ll be presented every night at 9:45 p.m. That may change later in the year; past Universal lagoon shows went dark during Halloween Horror Nights, but Universal didn’t respond to questions about whether “Cinematic Celebration” will continue that trend. 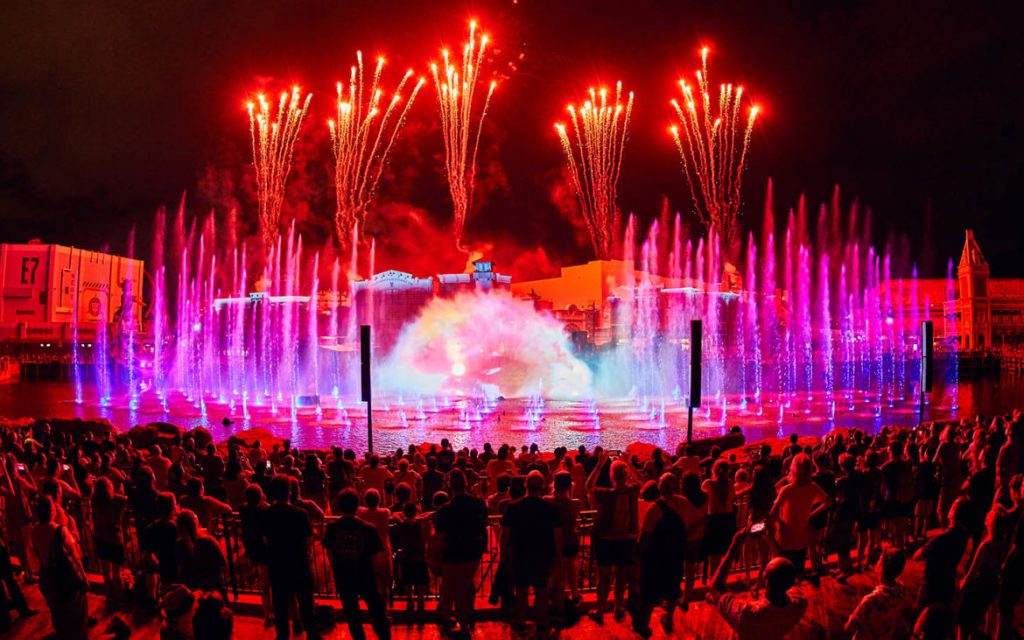