Situated next to Hogsmeade and Hogwarts, the ride will take guests through the Forbidden Forest — which Universal says will include more than 1,200 live trees — joining Hogwarts gamekeeper Hagrid’s Magical Creatures class.

Of course, something will go wrong along the way as guests meet a Centaur, Cornish Pixies, three-headed dog Fluffy, become “entangled in a thicket of Devil’s Snare” and a new creature never seen in the “Harry Potter” films. 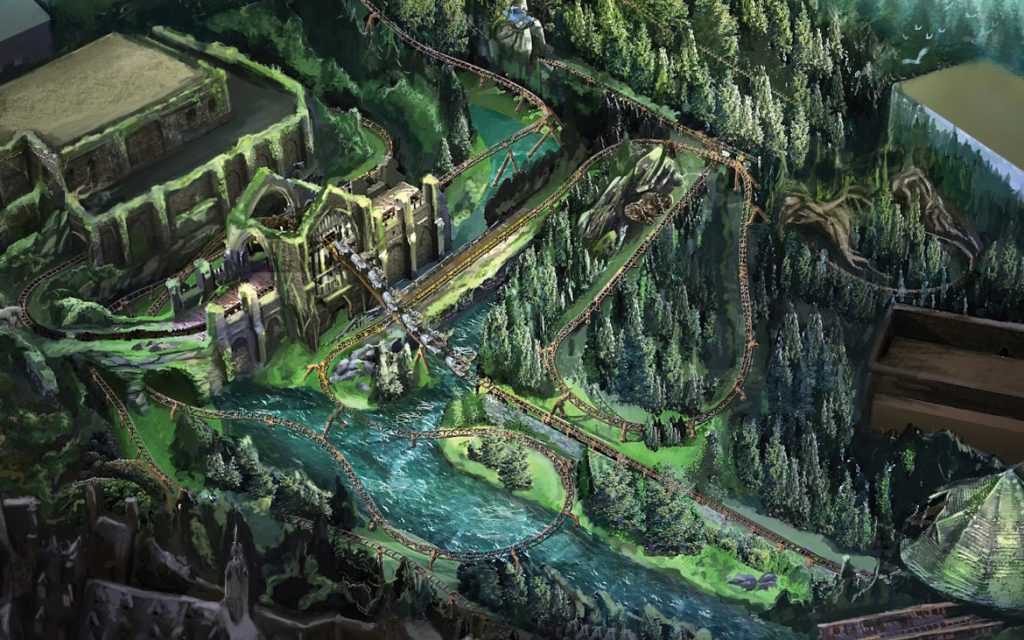 Guests will be riding in a version of Hagrid’s motorbike (which first belonged to Sirus Black, Harry’s godfather), with the experience varying based on whether you’re seated on the bike or in the sidecar. The ride hit a top speed of 50 miles per hour and include a section where the vehicles move backwards.

“Hagrid is a huge fan favorite and we knew we had to make unlike any other experience in the whole world,” said Art Gilmore, art director for the “Potter” films, in a promotional video posted by Universal. “It features the most amazing new environments, never even before, highest levels of storytelling and the best use of technology throughout. I promise you it will be the most highly-themed, immersive coaster experience ever created.”

The ride will have a height requirement of 48 inches, matching that of the nearby Harry Potter and the Forbidden Journey, but below Universal’s other coasters The Incredible Hulk and Hollywood Rip Ride Rockit.

The opening date — June 13 — is a special nod to hardcore Potter fans. That’s the date in 1943 (in the books’ timeline) that Hagrid was falsely accused of opening the Chamber of Secrets by the future Lord Voldemort, an event that will lead to his expulsion from Hogwarts.