The 2019 edition of Halloween Horror Nights at Universal Orlando will be the longest ever.

The expanded 41-night schedule isn’t a surprise, as Universal had announced in December the event would begin a week earlier than usual. The move was telegraphed by shifting Universal’s Christian music fest, Rock the Universe, to February from its traditional slot just ahead of HHN.

The exact number of 41 dates was revealed through a Universal ticket promotion, which offers a second night free when guests buy a one-night ticket for use for any HHN night from Sunday through Friday for $82 plus tax. 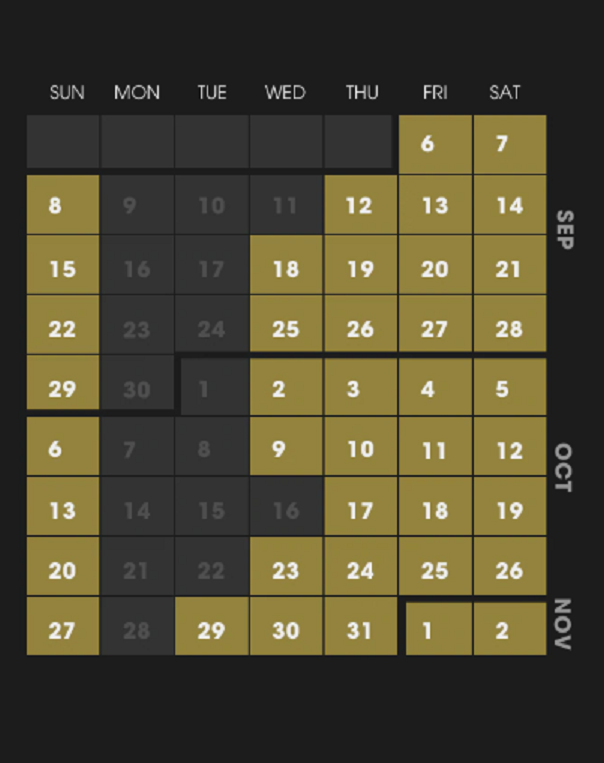 “Guests can get double the scares with the purchase of a limited time ticket offer where they can get a second night free when they buy one night,” Universal said in a press release. “They can also stay in the heart of the screams with a vacation package that includes Universal Orlando hotel accommodations, tickets to Universal Orlando’s three world-class theme parks and more.”

Last year’s HHN ran for 37 nights after an extra event date was added in October. It proved so popular that Universal took the unprecedented step of opening the “Stranger Things” haunted house for day guests at Universal Studios Florida after HHN had wrapped.

The press release revealed a few other tidbits to HHN fans. The event will once again feature 10 haunted houses and five “scare zones,” matching the expanded lineup featured last year. Only Universal Studios Florida is mentioned, appearing to quash speculation that the park may expand the event into Islands of Adventure for the first time since 2005.

Halloween Horror Nights 29 will begin Sept. 6 and run on select nights until Nov. 2.