Located adjacent to the Loews Sapphire Falls Resort, the 16-story, 600-room hotel is the sixth situated on Universal property. With promotional rates starting at $116 per night for a four-night stay, the hotel is within the “Prime Value” category of Universal accommodations along with the Cabana Bay Beach Resort across Adventure Way.

“It’s a sense of something different, quality product with that price value orientation,” Tom Williams, chairman and CEO of Universal Parks and Resorts, said to members of the media at a preview event earlier this week. “Yes, it’s a value proposition, but this is a really, really nice hotel.” 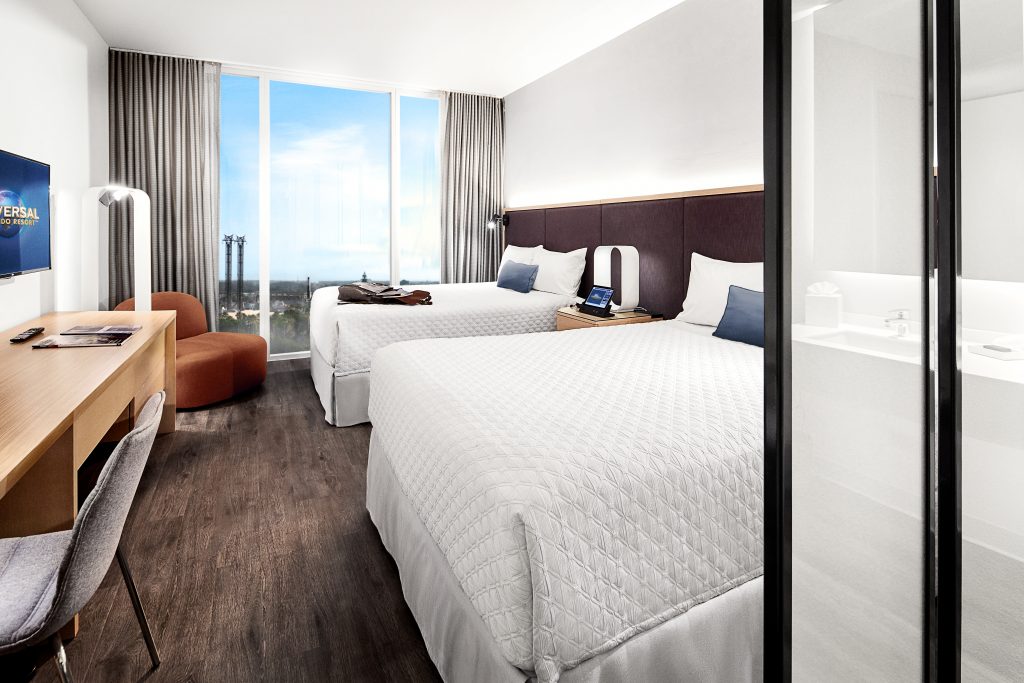 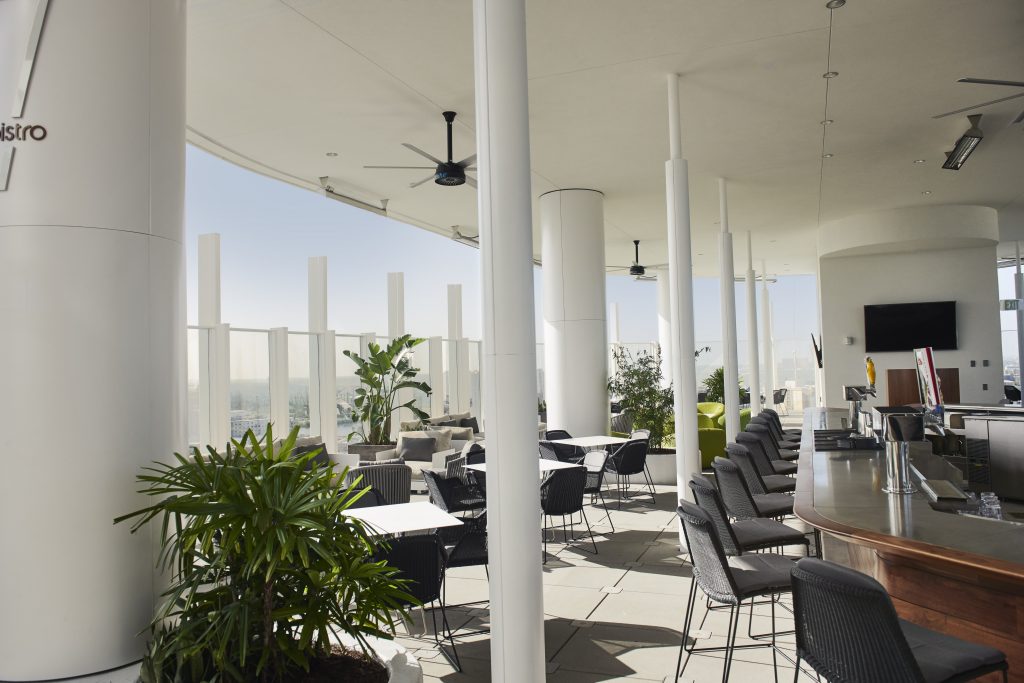 Wrapping around the ground floor of the Aventura tower is the hotel’s pool. The area includes a fire pit but lacks a slide like those found at other Universal resorts. The hotel will also offer a “virtual reality” game room which wasn’t accessible during the media preview.

Guests at the hotel get the same perks as other on-site guests at Universal: early admission to Volcano Bay and the Wizarding World of Harry Potter and free transportation via shuttle buses or using the boat service at Sapphire Falls. A stay at Aventura won’t include an Unlimited Express Pass—that remains reserved for guests Universal’s three most expensive resorts. 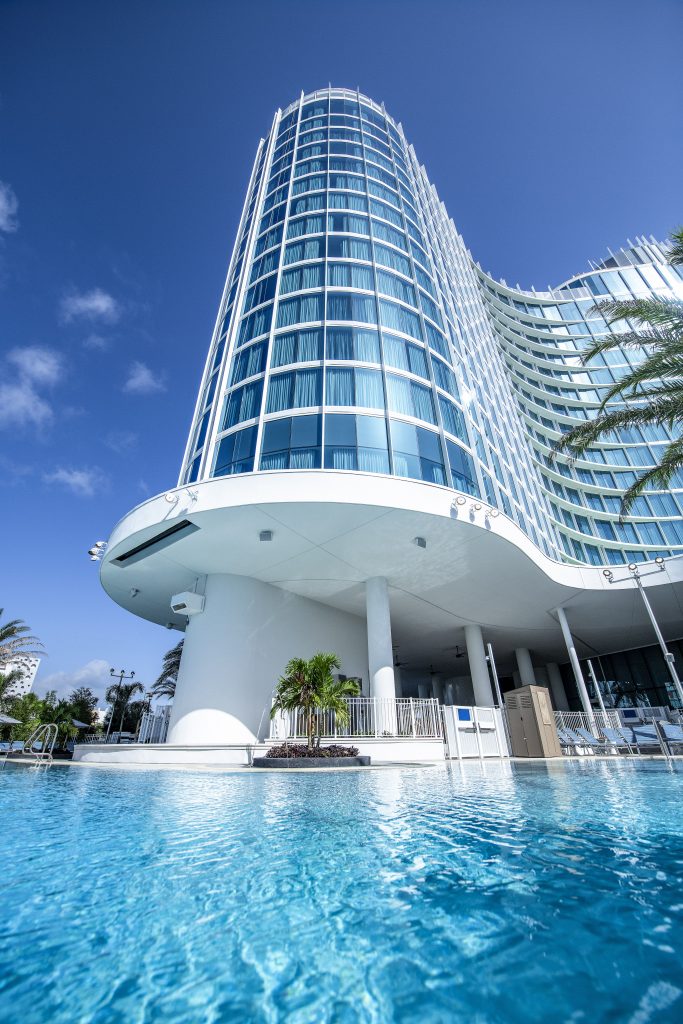 View of Aventura Hotel from the pool (Universal Orlando)

With Aventura’s opening, Universal now has 6,200 hotel rooms onsite, yet its expansion shows no signs of slowing down. Construction is underway on the 2,800-room Endless Summer Resort on the former site of Wet n’ Wild, with the first set of rooms scheduled to open in summer 2019.

Comcast Chairman and CEO Brian Roberts said in July that Universal has “still more capacity to grow” when it comes to hotel rooms. Theme park expansion is likely, too, as the company admitted it’s “looking at” building a new park on the 500 acres of land it owns near the Orange County Convention Center.