For the first time in recent memory, Universal Orlando has no new attractions announced for the coming year. That doesn’t mean there’s not construction areas around the resort.

The first work zone you’ll notice is the bus dropoff area just outside the CityWalk security checkpoint. Nearly the entire center island is gone, limiting traffic and bus parking, as you’ll see from many vantage points while entering and exiting CityWalk. 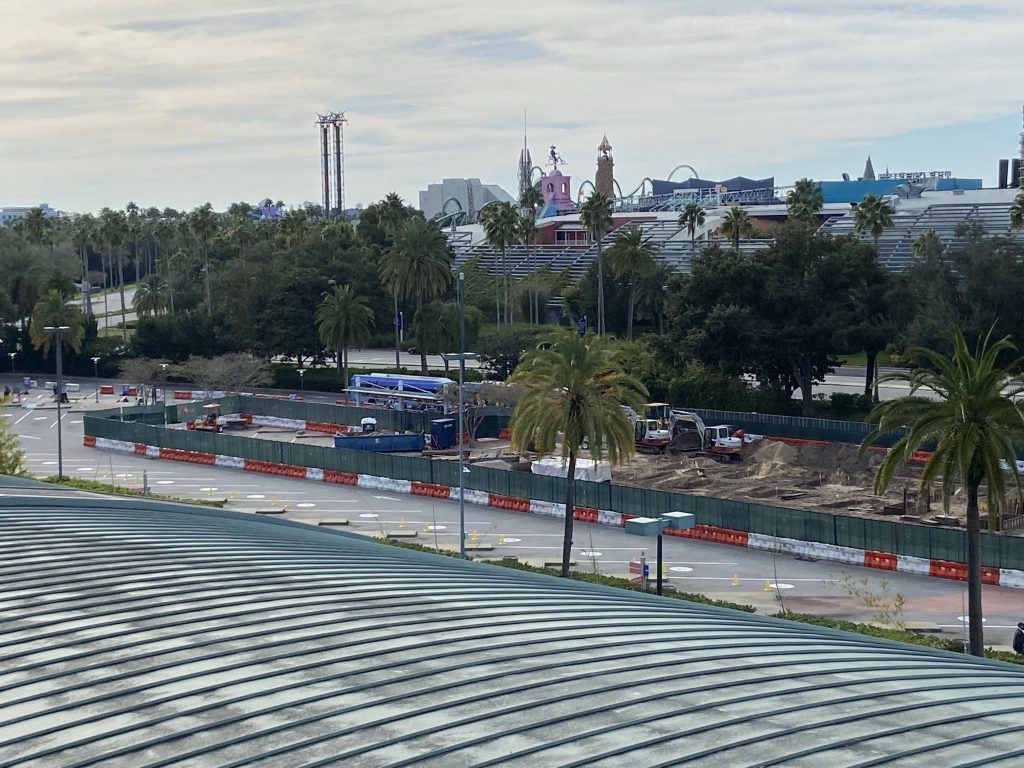 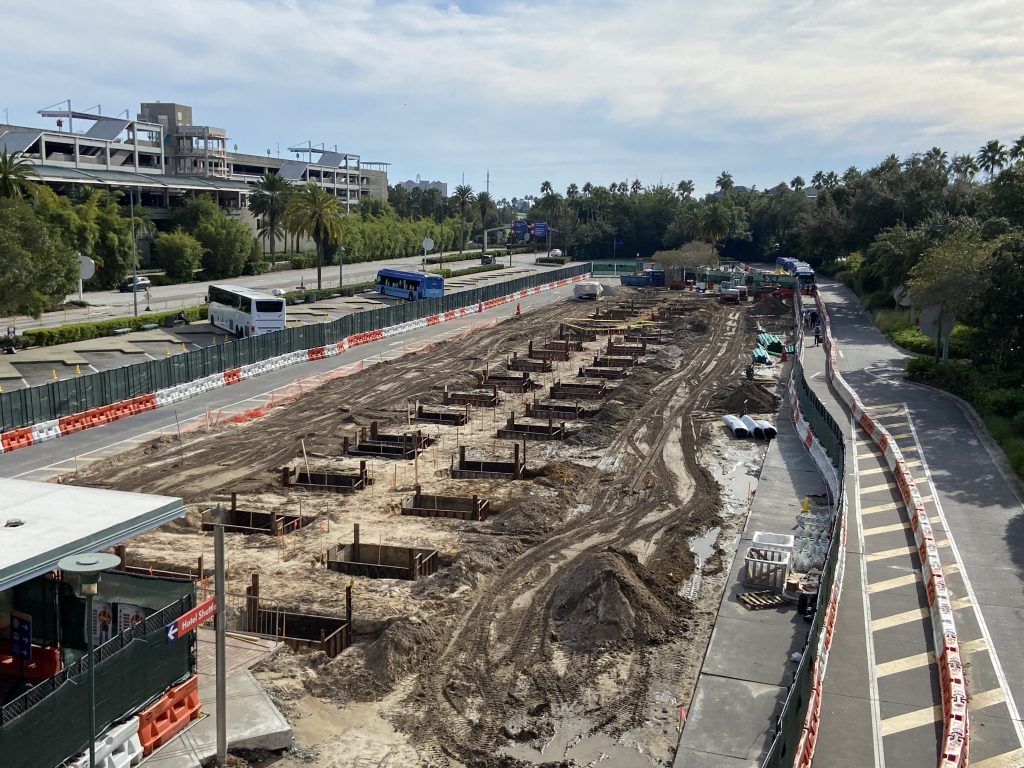 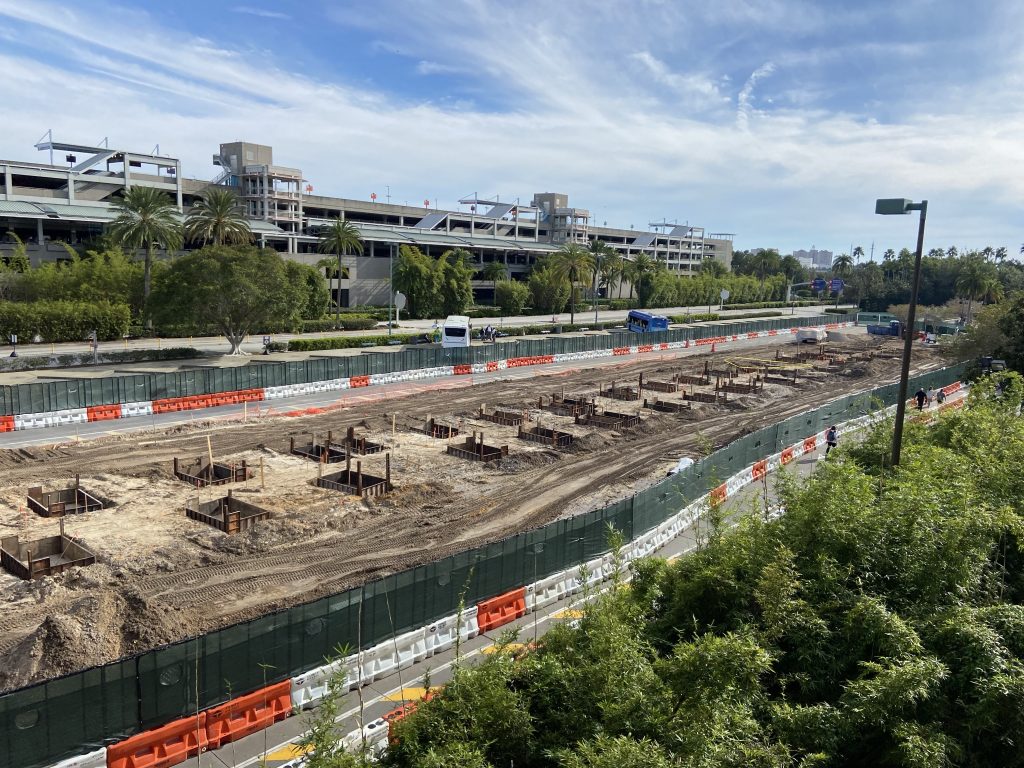 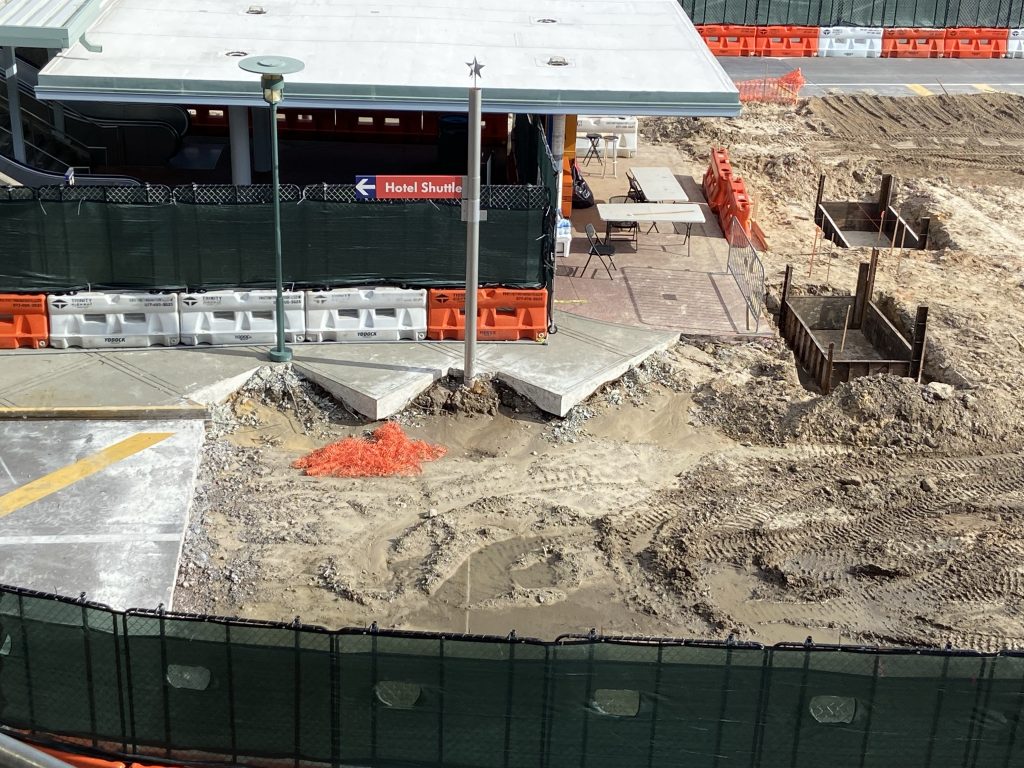 Shuttles to Universal hotels are still running, just pay attention to signage directing you to the specific spot. 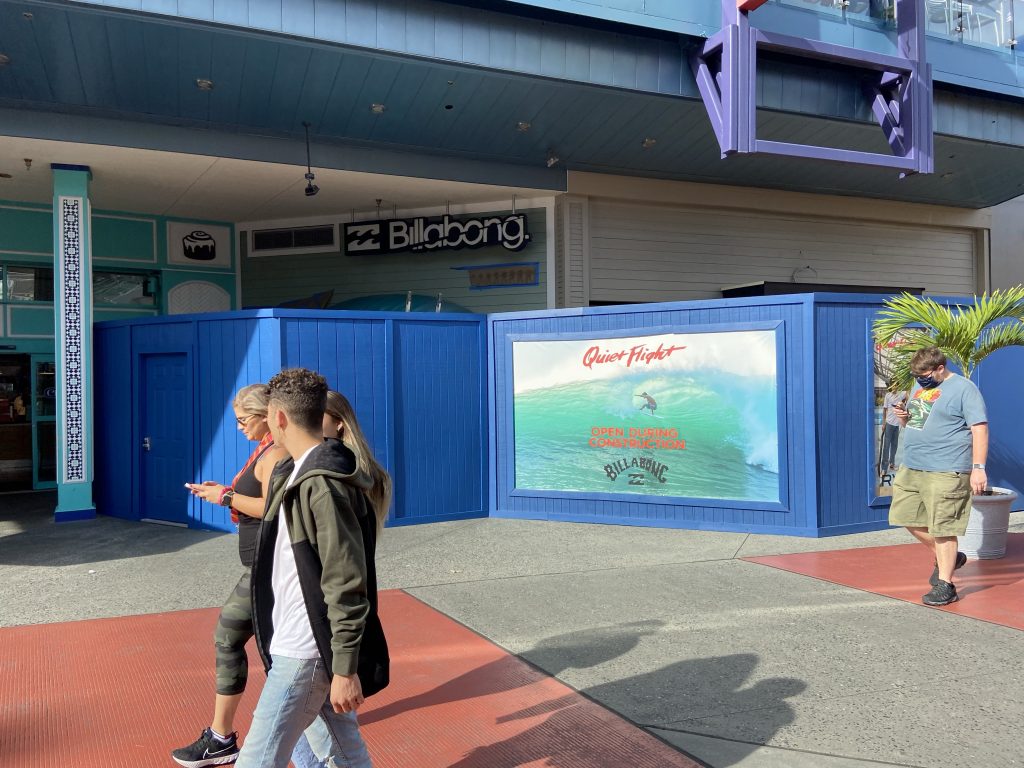 In Universal Studios Florida, there’s no significant construction at the moment. You can expect some work walls to go up soon around Shrek 4-D, as the attraction will close permanently on Jan. 10. 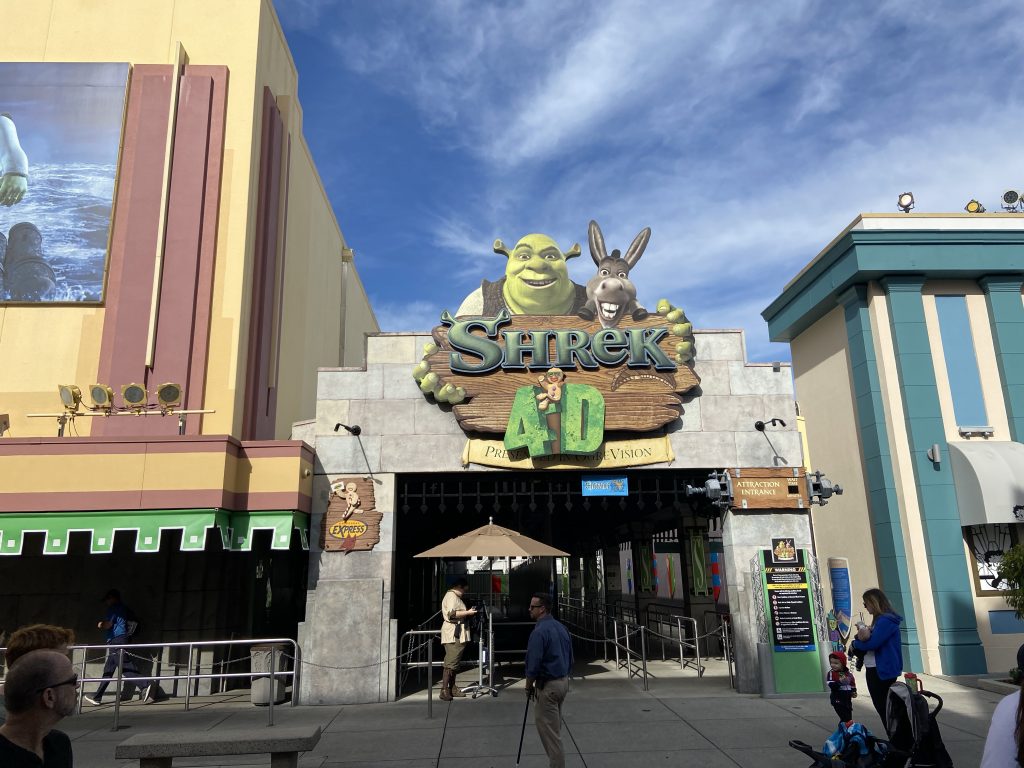 Revenge of the Mummy is scheduled to go down for a long refurbishment around the same time period.

In the KidZone area, the Curious George Goes to Town playground remains closed, as it has been since the initial COVID-19 shutdown in March 2020. In fact, it remains the only attraction shuttered during that time period that hasn’t either reopened or been confirmed to be permanently closed. 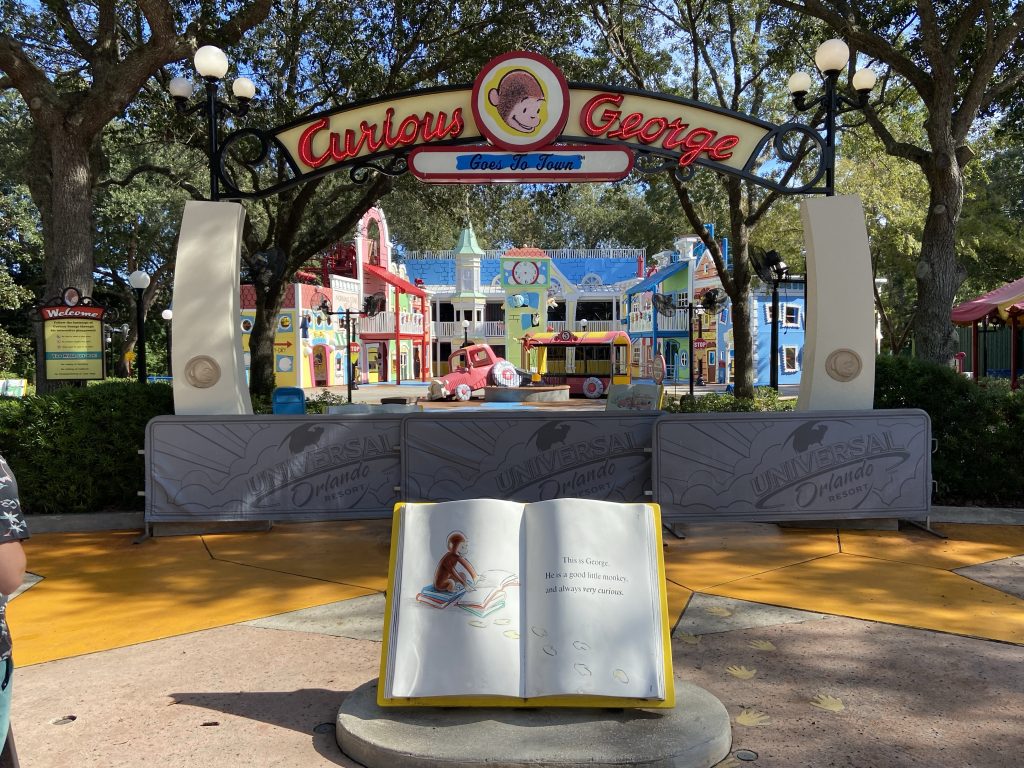 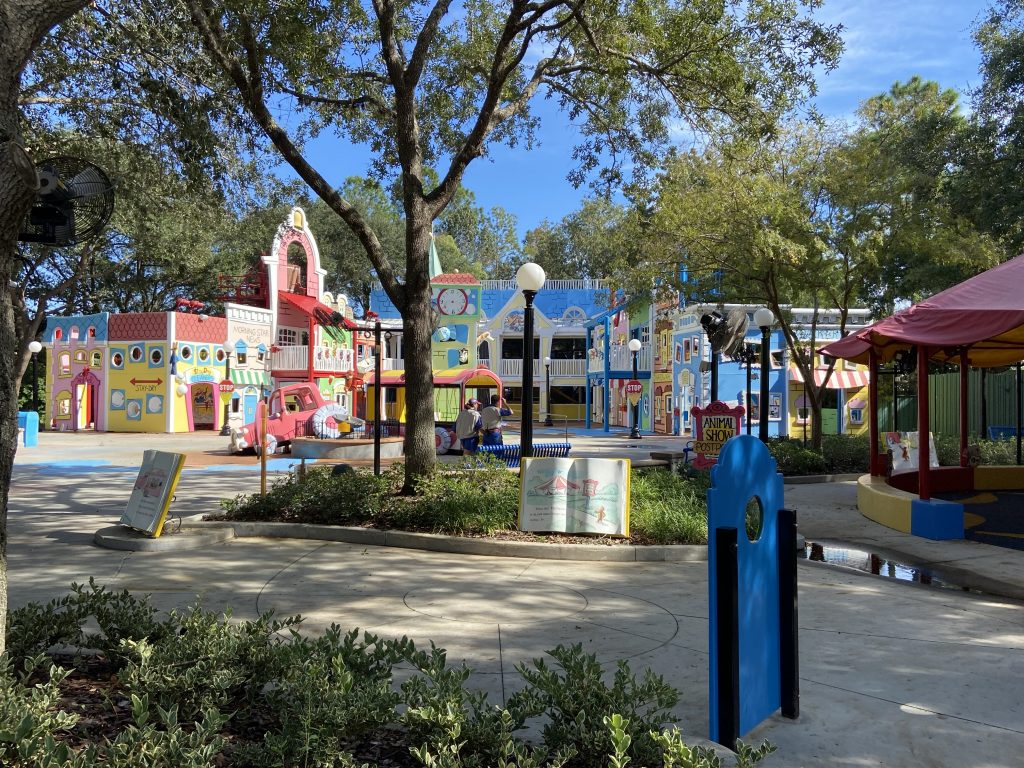 No signs of an imminent reopening here (Theme Park Tribune)

During our November 2021 visit, we did see some team members enter the Curious George area, but no other signs indicating the area’s future.

Deeper into the Studios, the Fear Factor Live theater has been confirmed to be permanently closed. Just weeks after Halloween Horror Nights, however, there’s no sign of work at the space. 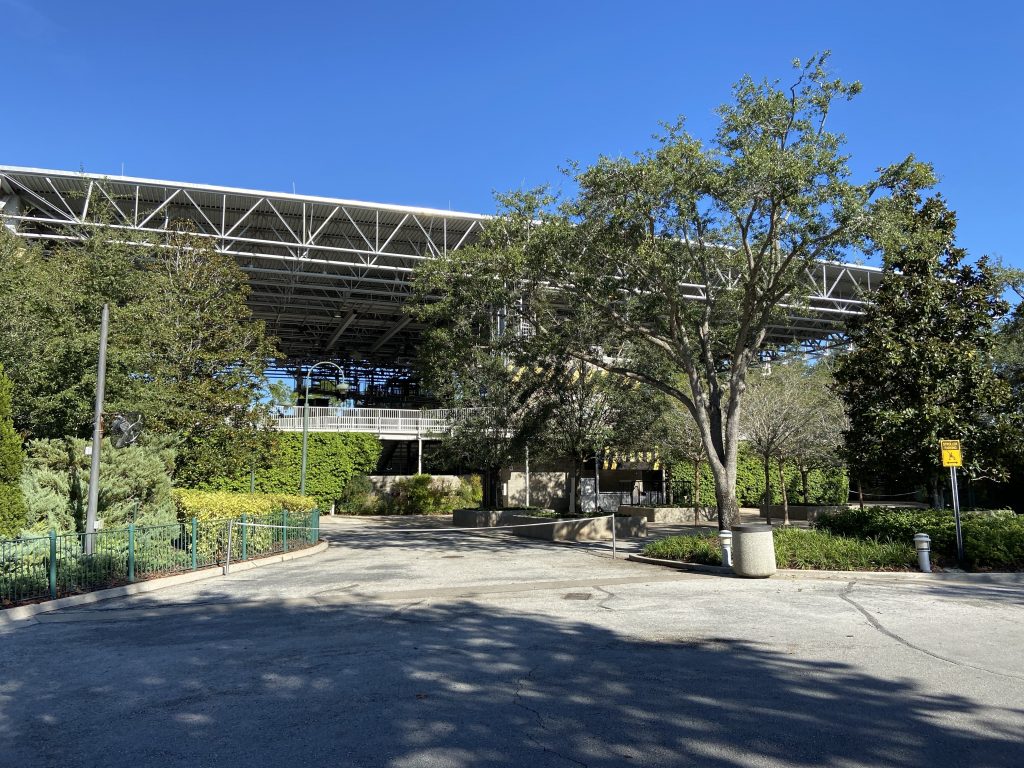 The theater itself, not just “Fear Factor Live,” has been confirmed to be permanently closed (Theme Park Tribune) 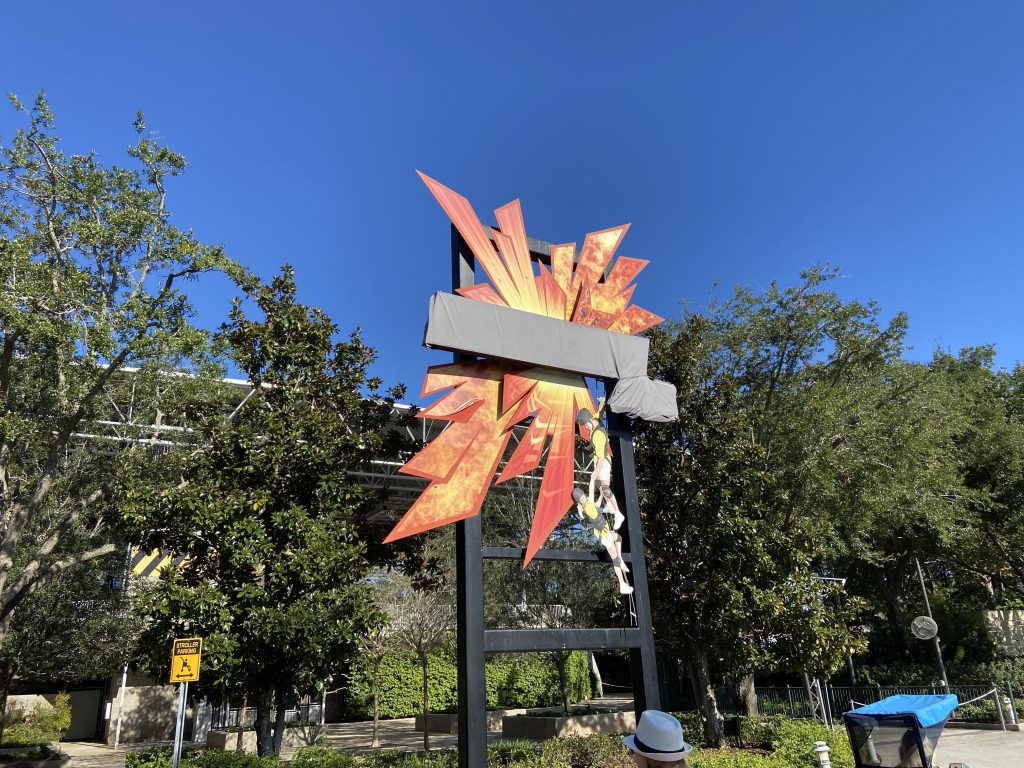 Islands of Adventure does have some actual construction, as well as its own shuttered areas.

In Seuss Landing, the Caro-Seuss-el looks to be undergoing extensive work, with scrim and scaffolding covering most of the ride. It also covers the purple track used by the Seuss Trolley attraction, limiting that ride’s capacity. 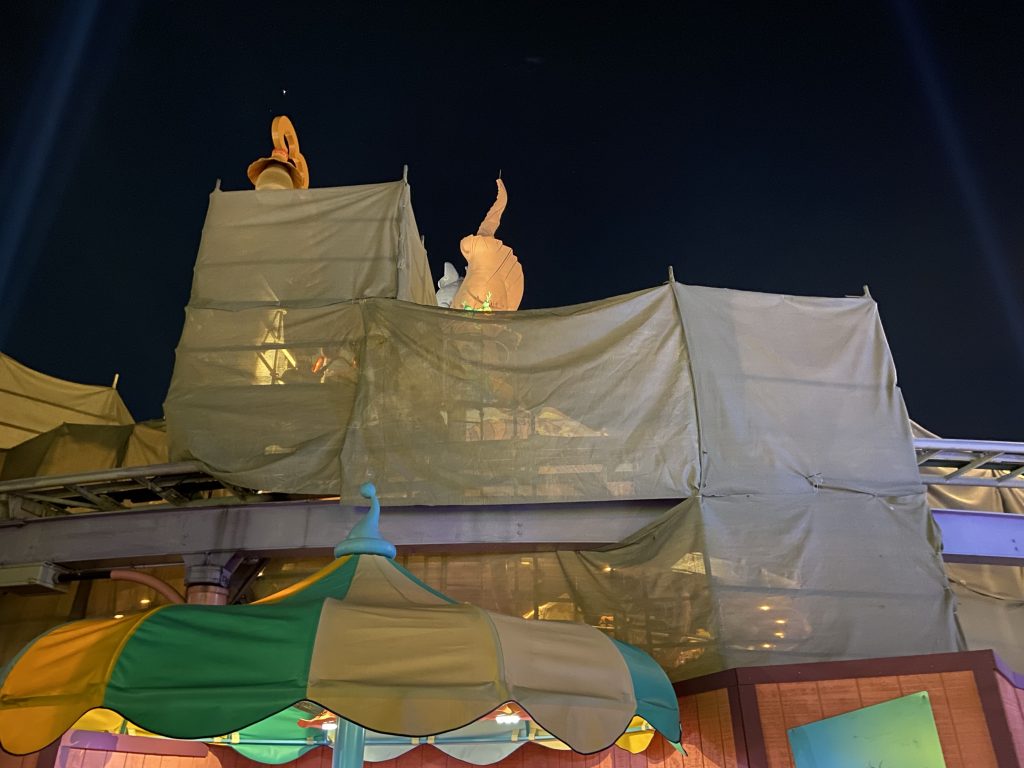 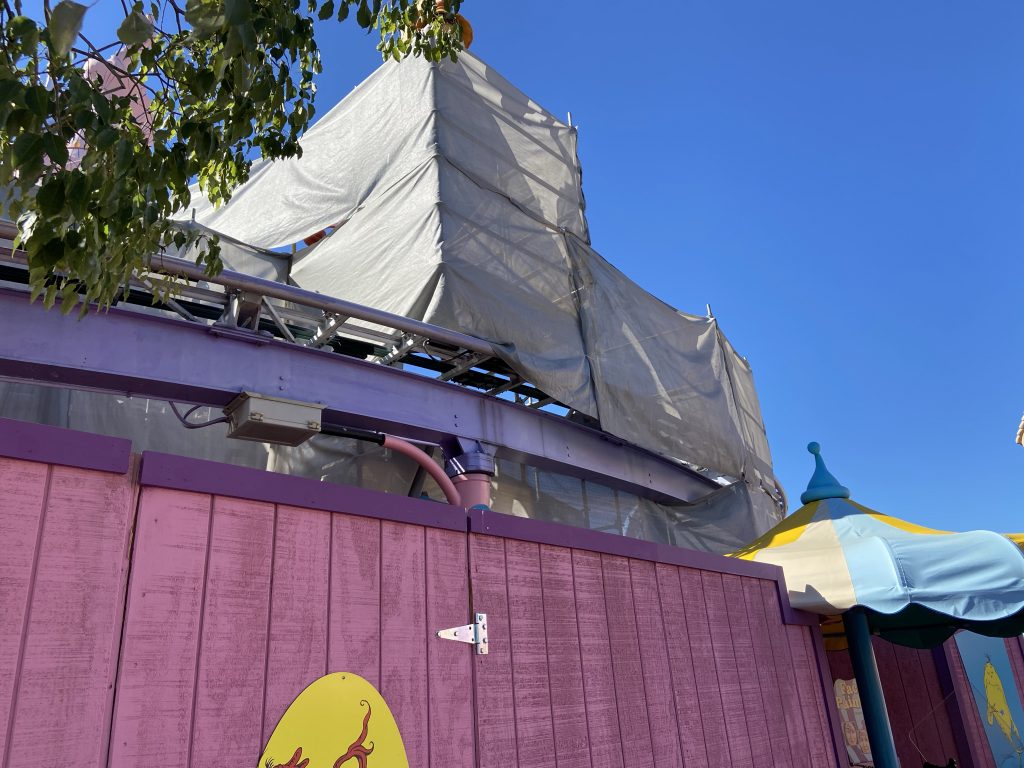 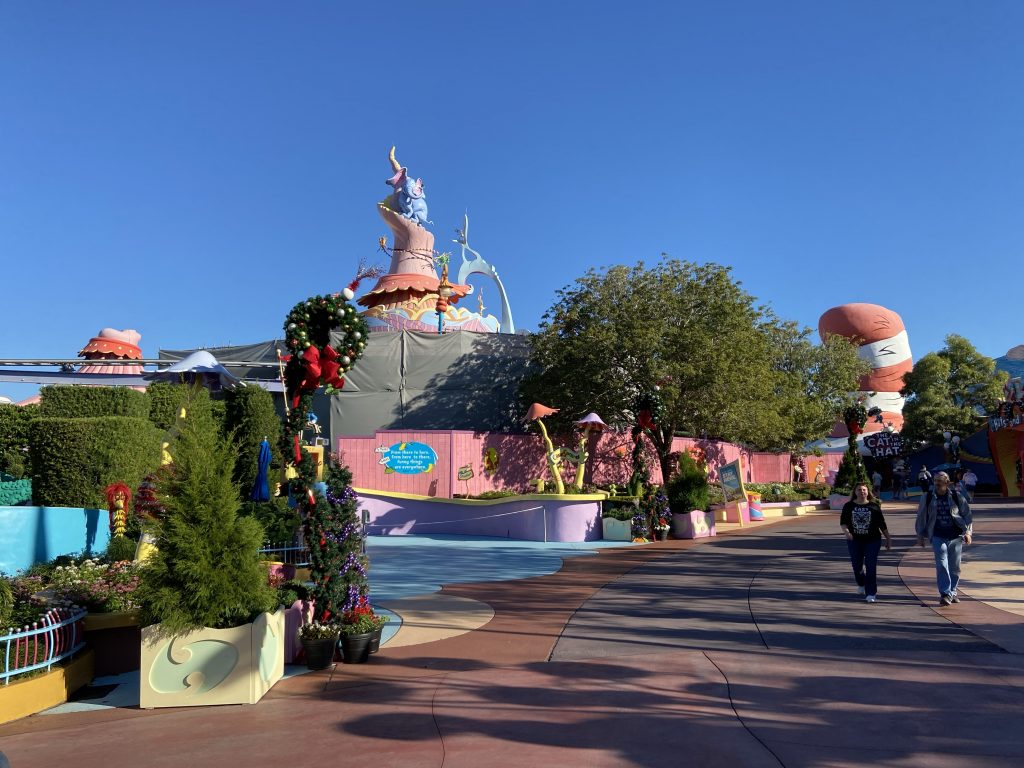 Over in Lost Continent, this neglected section has been without its one remaining attraction, Poseidon’s Fury, since the beginning of the pandemic. Construction walls surround its entrance, but there’s no official word on it will reopen. 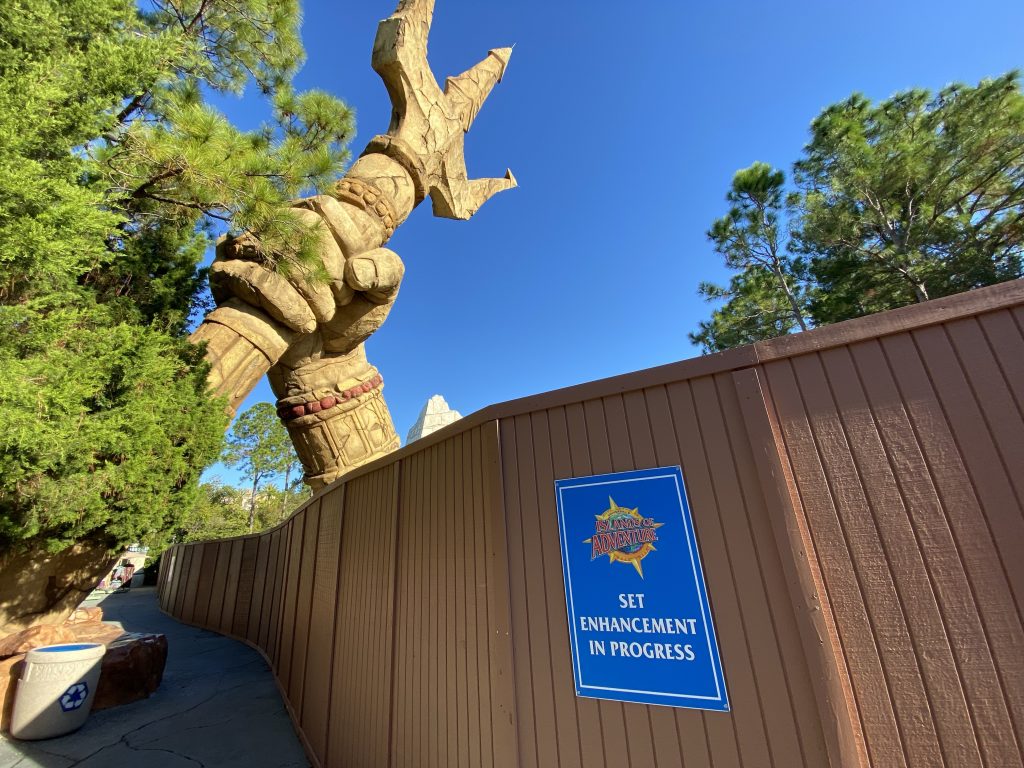 Without the sign visible, how are we supposed to know whose fury this is?! (Theme Park Tribune) 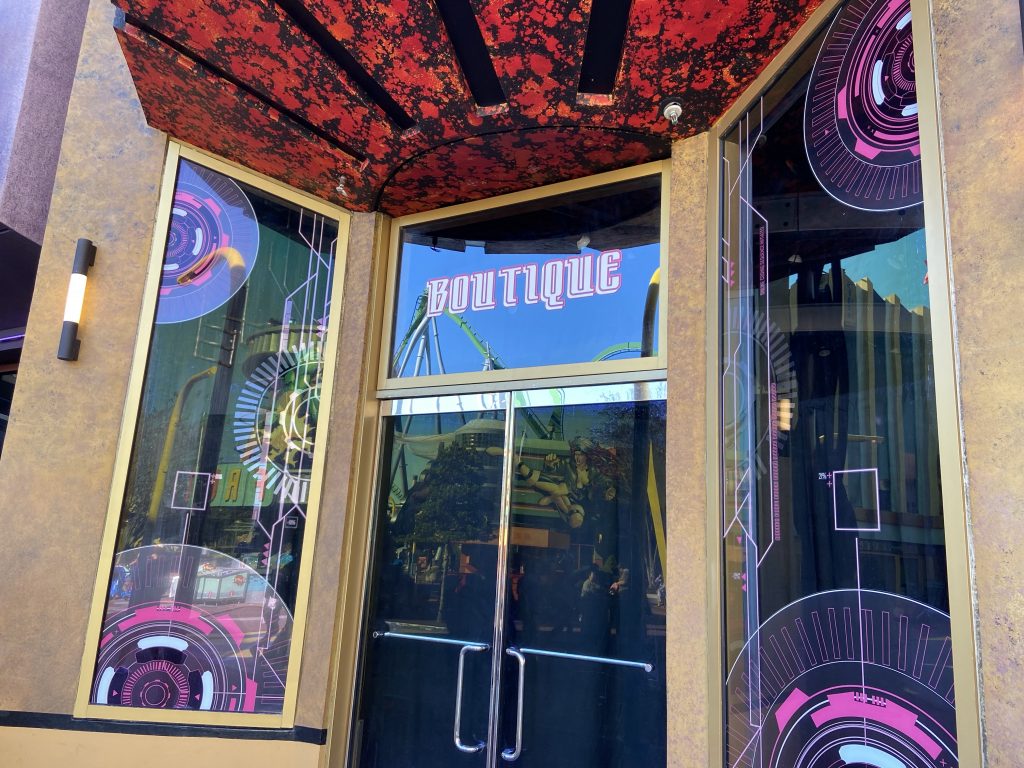 There was no notice of the closure and no word on whether the store will be returning, and black curtains prevent any peeks inside.