Universal’s official app reported a jaw-dropping 600-minute wait time for Hagrid’s Magical Creatures Motorbike Adventure by 10 a.m., with lines stretching from the ride’s entrance in Hogsmeade all the way back to Port of Entry. Making matters worse for guests, ride operation was suspended several times due to rain and lightning in the area. By 5 p.m., the ride was listed as “at capacity.”

It’s unclear if anyone will actually have waited 10 hours to experience the attraction. As of 6 p.m., the Lines app from Touring Plans, a subscription service which offers customizable theme park plans for Disney and Universal, said the ride’s real wait time for the day had peaked at 323 minutes. 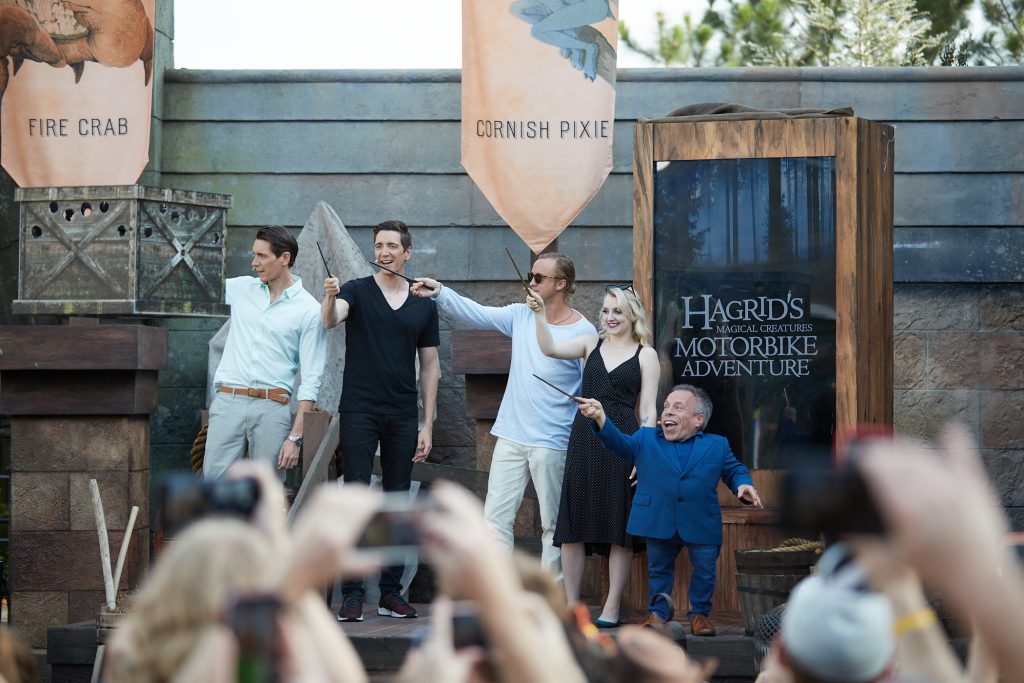 The opening ceremony included a message from Robbie Coltrane, who portrayed Hagrid in both the film and in new video and audio recorded for the attraction.

“I’m excited to welcome you to this new chapter of magic here at the Wizarding World of Harry Potter,” Coltrane said. “Be sure to hang onto your motorbike, and most importantly, have fun everyone.”

Hyped by Universal as the “the most highly-themed, immersive coaster experience ever,” the coaster takes guests through the Forbidden Forest to meet animatronic Wizarding World creatures (and Hagrid himself). As for thrills, the ride features the most launches of any coaster in the world (7 total), a 17-foot free fall vertical drop and is the longest coaster in Florida at 5,053 feet. Reviews from members of the media were almost uniformly positive.

10-hour waits may remind Universal fans of the chaos that followed the opening of Hogsmeade at Islands of Adventure in 2010, when lines stretched out into Universal CityWalk. Some order may be restored after opening day; from June 14 on, Universal has said “there may still be times where our team members request our guests join the Virtual Line” reservation system for Hagrid’s Magical Creatures Motorbike Adventure. The ride does offer a single-rider option, but does not accept Universal’s Express pass.