A rail connection between the Orlando International Airport and Universal Orlando Resort has moved a step closer to reality.

Universal filed an application Thursday with Orange County, Florida to create a community development district that would “plan, finance, construct, operate, own and maintain” a station near the Orange County Convention Center and the under-construction Epic Universe theme park. The station would be a part of SunRail, the commuter rail service for the Orlando region.

“We are one step closer to creating a multi-directional commuter rail system that benefits our entire region,” Universal Parks and Resorts executive vice president John Sprouls said in a statement. “The new SunRail corridor and convention center station will make it easier for residents to get to work, the airport and to the places they love. And it will enable business growth within the International Drive area and across the region.” 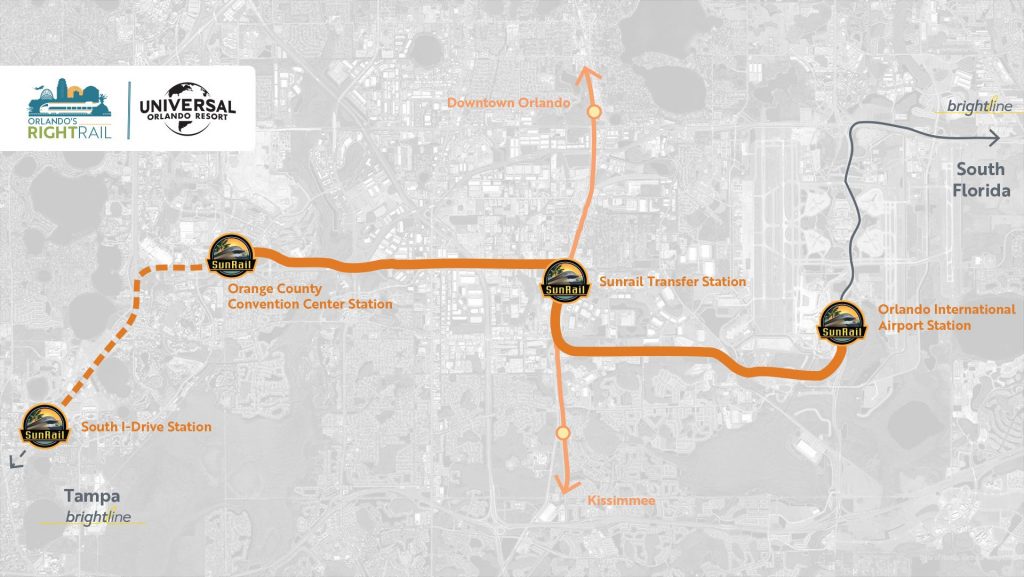 Under the community development district plan, Universal would generate $125 million in financing through bonds for the project and pay $2 million annually to operate and maintain the station.

The resort is also providing the 13 acres of land for the station itself. Along with a coalition of business owners along the International Drive tourist corridor, it would also contribute to the district’s guarantee of $13 million in annual ticket sales, which is the new rail corridor’s estimated annual cost.

According to the Orlando Sentinel, the new station could open as soon as 2030.

Disney World almost had its own rail connection when it announced plans in 2020 for a Brightline station at Disney Springs along a planned connection between the Tampa and Orlando airports. Last June, Disney pulled out of the project after Universal and I-Drive businesses lobbied for a route that included a station near the convention center.