This is the second installment in an ongoing series about pieces of Central Florida’s theme park history that live on inside fans’ homes or private collections. Have your own to show off? E-mail us at john@themeparktribune.com!

Before Universal Orlando opened its Williams of Hollywood prop shop, getting an authentic piece of a closed ride or attraction meant getting your hands dirty — literally.

“Back then, you essentially had to know someone to get the opportunity to purchase a piece of anything, or wait for someone to sneak it out of the park’s dumpster,” Universal fan Nathan Stevic told Theme Park Tribune. “This made it incredibly rare for anything to be owned by anyone other than employees or friends of employees.”

With the shop’s November 2015 opening, he had a better chance of landing a park-used piece. Many of its first items were from one of his favorite attractions that had recently shut down: Twister….Ride It Out.

The tornado-themed special effects attraction opened in May 1998, based on the summer blockbuster “Twister” starring Bill Paxton and Helen Hunt as a pair of storm chasers. Stevic called it one of his “guilty pleasure” movies, but it was a major box office smash in 1996, grossing more than $494 million. 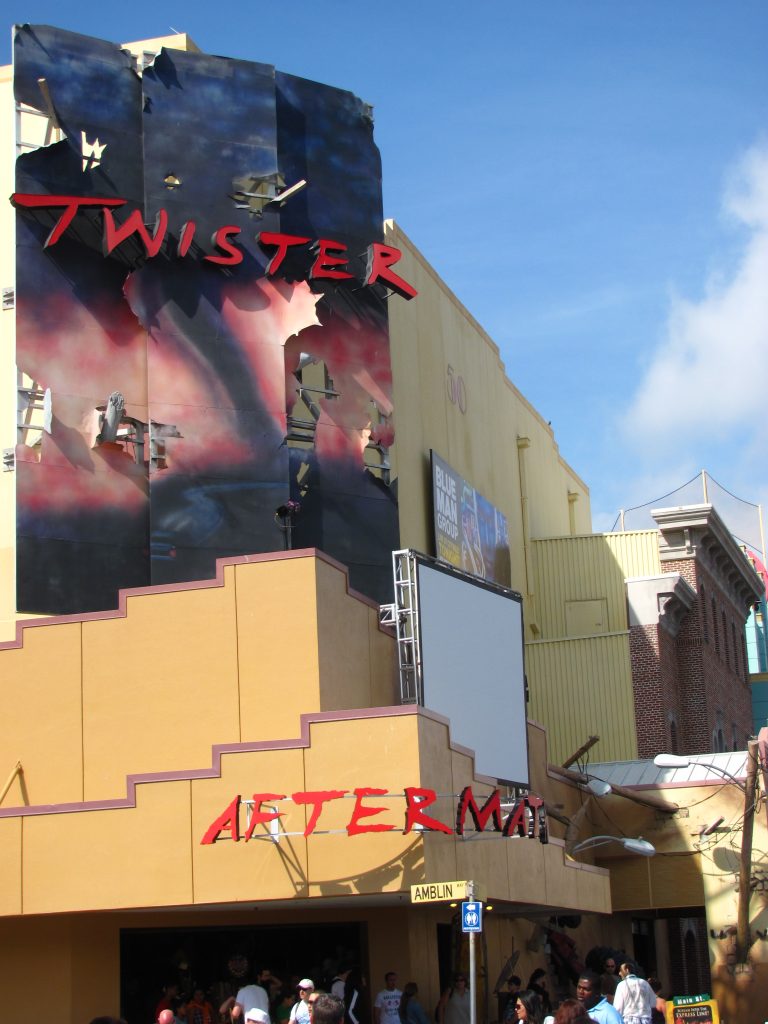 Twister…Ride It Out didn’t get off to a smooth start. Universal developed a system to consistently generate a believable “tornado” with winds of 35 miles per hour, 65,000 gallons of recycled water and a total of 55 special effects, with the total budget coming in at $16 million. In the wake of the February 1998 tornado outbreak in Central Florida, which killed 42 people and injured 250, the attraction’s opening was delayed by a month to May 4, 1998.

It was never the most popular offering in Universal Studios Florida; its opening was overshadowed by Disney’s Animal Kingdom, which began welcoming guests weeks earlier, and anticipation for Universal’s second park, Islands of Adventure. It was even demoted to seasonal operation for a brief period in 2009.

Guests were given only a few days’ notice before Twister…Ride It Out closed for good in November 2015 to make way for Race Through New York Starring Jimmy Fallon. Stevic said on his last visit, he got to go behind the scenes to watch the show from the control room and saw how the show elements were reset before getting in one last viewing.

“It was definitely an experience to remember my favorite attraction by,” he said.

But he wanted a bigger memento. That’s where Williams of Hollywood came in handy.

When the prop shop first opened, pieces of Twister were everywhere, from its “Welcome to Wakita” sign to one of the flying cows. Stevic thought the sign’s price tag was too high, but he lingered over another prop: a replica of the film’s “Dorothy II” tornado research device which had sat outside the attraction’s Aftermath gift shop. 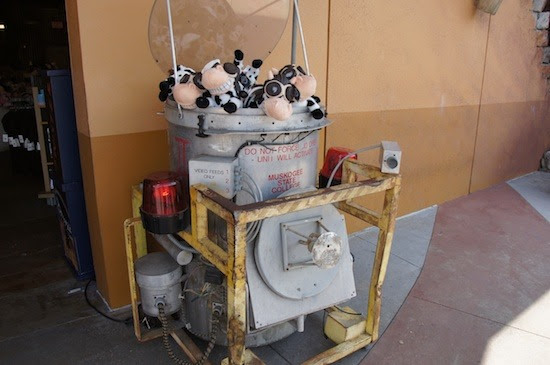 Even as a longtime collector and builder of replica props, he thought he couldn’t justify making such a big purchase.

“I kept going back and forth,” Stevic said. “I really wanted it, but it was not the most financially responsible decision. On the other hand, it was a replica from one of my favorite movies and it had theme park heritage.”

In the end, his wife talked him into it, saying “You know, it would be cheaper to buy this one than to build a replica.”

Unlike the last Universal prop buyer we spoke to, he didn’t have to carry it out of the park himself. The shop arranged an exchange in one of the park’s employee parking lots, with Stevic saying the staff seemed genuinely excited about selling the props. 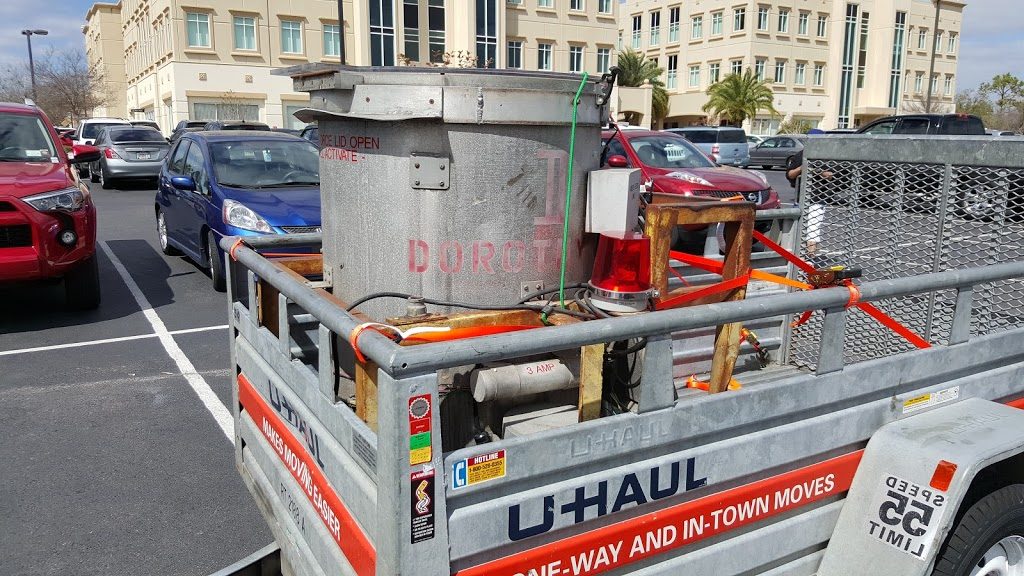 Dorothy II all loaded up and ready to ride (Nathan Stevic)

Three years later, Dorothy is still a work in progress. It currently sits in Stevic’s garage as he works on matching its appearance from the film.

He’s gotten some assistance from Twister The Movie Museum in the real Wakita, Oklahoma, which has another Dorothy that was actually used in the film. The plan is build a replica of the film’s yellow Jeep J10 to bring his Dorothy to the annual Wakita Celebration.

The employees at Williams of Hollywood can expect to see Stevic again, as he said he would buy another Universal Orlando prop “without hesitation.”

“Right now we are on the lookout for anything from Jaws, Terminator 2: 3D, Harry Potter, and of course, more Twister items,” he said.

Have your own piece of theme park history you want to show off? E-mail john@themeparktribune.com.