Editor’s Note: This article contains images from Dr. Seuss books that readers may find racially offensive. Theme Park Tribune has included them so readers can understand the context of Seuss Enterprises’ decision and does not endorse or condone these portrayals in any way.

On Tuesday, the business that manages the works of Dr. Seuss announced it would stop publishing six of the famed children’s author’s books that contained racist and insensitive imagery.

“Seuss Enterprises, working with a panel of experts, including educators, reviewed our catalog of titles and made the decision last year to cease publication and licensing of the following titles: ‘And to Think That I Saw It on Mulberry Street,’ ‘If I Ran the Zoo,’ ‘McElligot’s Pool,’ ‘On Beyond Zebra!,’ ‘Scrambled Eggs Super!,’ and ‘The Cat’s Quizzer,’” the statement said. “These books portray people in ways that are hurtful and wrong.”

While this decision resulted in outrage on the conservative Fox News Channel, it also has an impact on Universal Orlando. The Seuss Landing section of Islands of Adventure includes a play section themed after “If I Ran the Zoo,” the 1950 Seuss book that contained carciatured portrayals of African, East Asian, and Middle Eastern characters that perpetuate racist stereotypes. 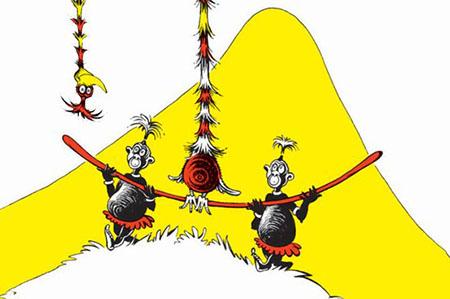 Depictions of Africans from “If I Ran the Zoo”

At one point, the text in the book describes Asian characters as having “eyes all a slant.” 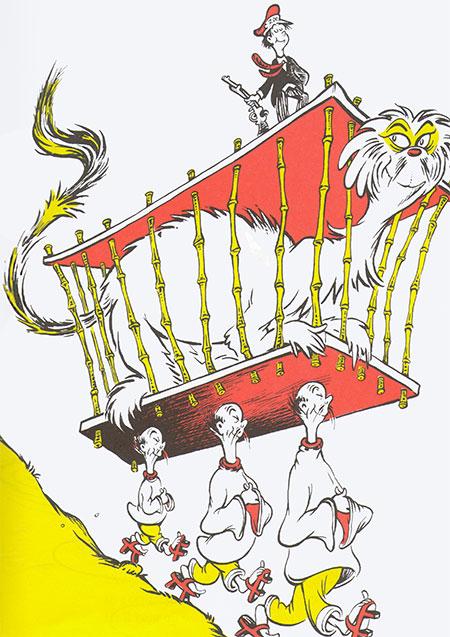 Depictions of Asian characters in “If I Ran the Zoo”

These portrayals are not represented in the play area at Universal Orlando.

In a statement on the future of Seuss Landing, Universal said, “Seuss Landing continues to be very popular with our guests and we value our relationship with Seuss Enterprises. We’ve removed the books from our shelves as they have asked and we’ll be evaluating our in-park experience too. But our guests can plan on continuing to be able to enjoy their favorite experiences at Seuss Landing.”

The “If I Ran the Zoo” play area has been closed since last year due to the COVID-19 pandemic. Along with being associated with a book that is no longer readily available, separating its inoffensive portions from racist images may not avoid controversy.

Disney tried to do that with Splash Mountain — focusing only on the animated sections of the 1946 film “Song of the South” and omitting live-action sequences that seemed to glorify slavery — but last June, Disney announced the ride would be re-themed to “Princess and the Frog,” Disney’s first film with a Black princess.