The first phase of Universal Orlando’s Endless Summer Resort will open in August 2019 and has started taking reservations — though its first guests will pay more per night than Universal’s promotional rates would suggest.

Located on the former site of the Wet n’ Wild water park at the corner of International Drive and Universal Boulevard, the Surfside Inn and Suites will feature 750 guest rooms when it opens, including 390 two-bedroom suites which Universal says can fit six adults. When the other part of the Endless Summer Resort, called the Dockside Inn and Suites, opens in 2020, another 2,050 rooms and suites will be available. Like the rest of Universal’s hotels, it will be operated in collaboration with Loews Hotels.

“This hotel checks every box — quality, family-friendly suites and exclusive benefits that only come with staying in one of our hotels at a value that is simply unmatched in Orlando,” Vince LaRuffa, senior vice president of resort sales and marketing at Universal Orlando Resort, said in a statement. “With the addition of this new Value hotel category, we now offer a hotel for every style and budget.” 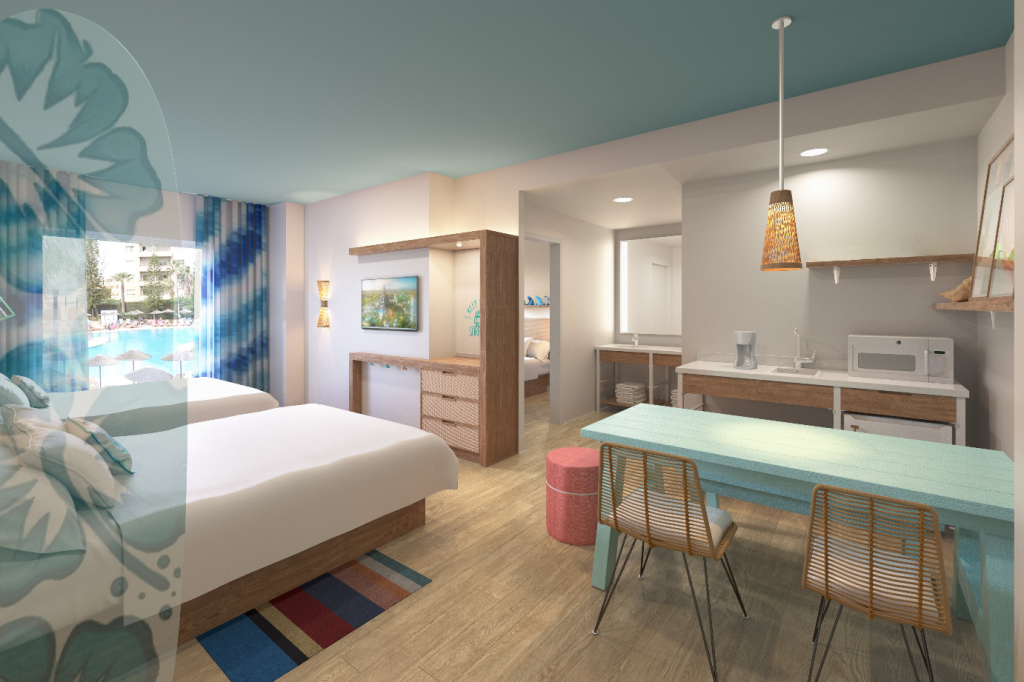 First announced in April, the resort’s promotional rates start as low as $73 per night for a seven-night stay in a standard room and $111 per night for the two-bedroom suites — lower than anything currently offered on Universal property and beating the lowest list prices for Walt Disney World’s trio of All-Star resorts.

For guests wanting to be among the very first to stay in the new resort, however, rates will be higher. A seven-day stay from Aug. 1- 8, 2019 — the first dates available — will cost $124 per night in a standard room and $168 per night for the suites. Prices for bookings later that same month come closer to the advertised rates.

Universal also detailed some additional amenities which will be offered at the new hotel. It will feature similar perks as other on-site hotels, such as early admission to the parks and free shuttle bus transportation, though the included Universal Express pass to skip the lines at rides will stay exclusive to Universal’s three oldest resorts.

The hotel will also feature a surfboard-shaped pool, a fitness center, a coffee bar in the lobby and a food court. There was no mention of a table service restaurant but the lower-priced resorts at Universal and Disney typically don’t offer such a dining option.

Universal’s Endless Summer Resort represents not only a major expansion of Universal’s hotel room capacity, but also a departure from the established separation between the major theme park destinations and surrounding “off-site” hotels. While tourism experts don’t expect neighboring I-Drive hotels to suffer any serious decline because of Universal’s new resort, they may have to offer guests something more than a low rate.