More than 400 Disney workers gathered Wednesday to support six unions in their quest to demand higher wages to lift cast members out of poverty.

Walt Disney World characters, bus drivers and housekeepers chanted outside a Kissimmee hotel “Orlando Needs a Raise” and carried signs that read “Full Time and Homeless” and to show their support for the upcoming wage negotiations with Disney that begin Aug. 28.

Jeremy Cruz-Haicken, president of UNITE HERE Local 737, said the unions’ proposal will make “a historic change in the standard of living in Central Florida for hospitality workers.”

He also plans to ask the state’s largest employer to honor the dedication and service of long-time cast members from the ‘70s, ‘80s and ‘90s that receive smaller raises than workers hired since 2000.

“We will propose to Disney a new pay scale that rewards hard work and dedication with a clear progression from entry rates to the top of each job’s pay scale,” Cruz-Haicken said.

An Orlando worker needs $15,87 an hour to afford a one-bedroom apartment in the Orlando area, according to figures from the National Low Income Housing Coalition.

Ivette Garcia has been a housekeeper at Disney’s Animal Kingdom Lodge for five years and makes $10.50 an hour. Her husband, Jaime, holds the same job. The couple has three children and three grandchildren and said that while they work six days a week to make vacations special for Disney guests they never take a vacation.

“We are the backbone of Disney but they don’t take care of their employees,” said Ivette Garcia, who added she was upset when she heard Walt Disney World announced July 14 at the D23 fan event that they were spending millions of dollars to add new attractions. “I love my job at Disney but we need to make a living wage.”

Garcia said she was homeless and her family lived in the Home Suite Home hotel five years ago, struggling to save a deposit to get an apartment. She said a landlord finally gave them a break on the deposit but they still struggle to buy groceries, gas, car and health insurance and pay tolls to get to work.

Jim Jacobs, a bus driver for 15 years, makes $16 an hour. He said he doesn’t want to get rich, just have enough money to pay his bills.

“Disney has spent a lot of money but none on the backs of the people who make the magic happen,” said Jacobs, 60.

The union negotiation period with Disney runs through October 24 and workers chimed in unison that they would strike if the company does not raise their pay. 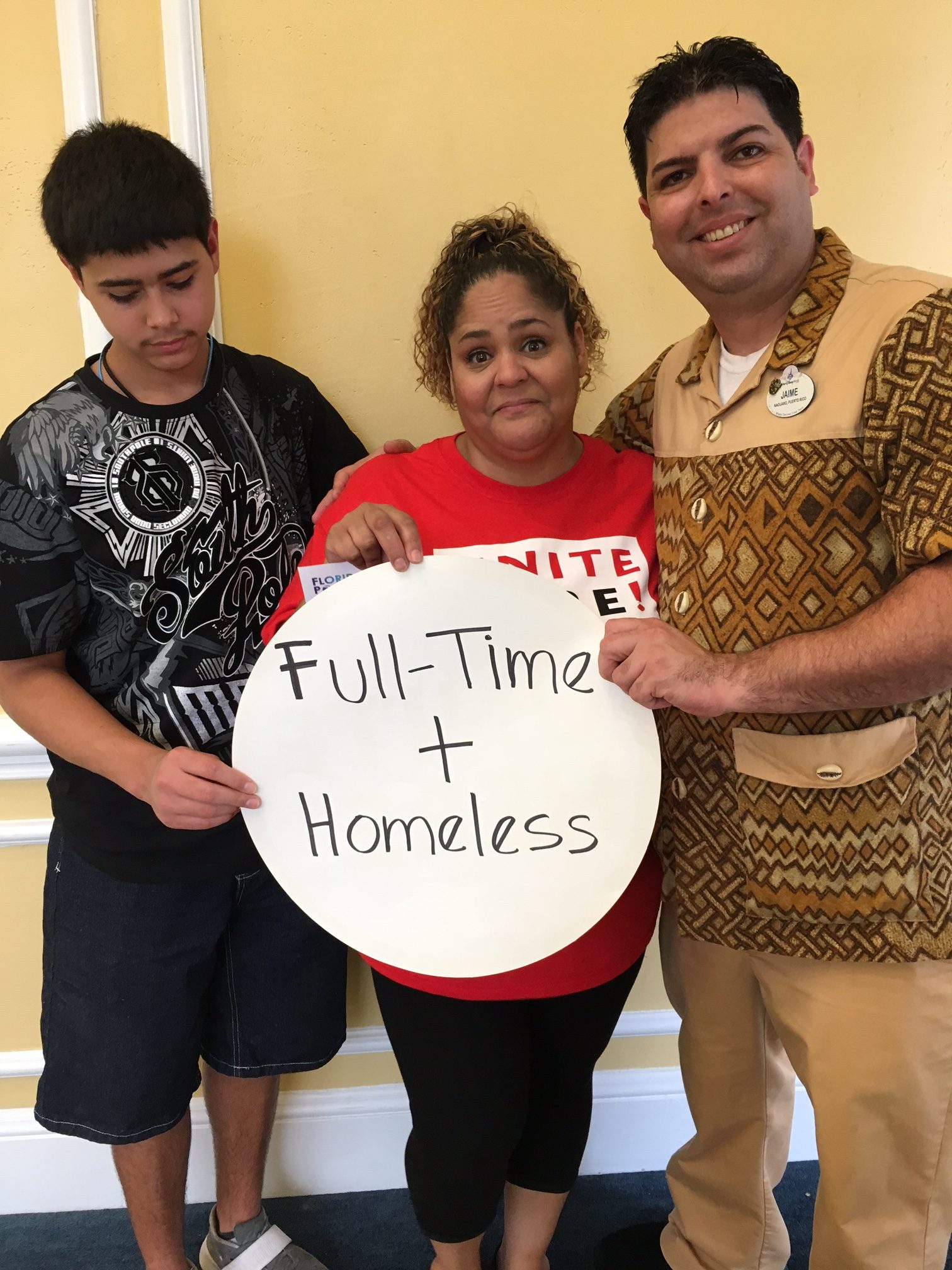