After years of closures and reduced capacity, Disney’s Hollywood Studios will have something new to offer guests with the June 30 opening of Toy Story Land. Big crowds can be expected — and likely much more than the new area was designed to handle.

The new offerings will begin reversing years of the park reducing capacity while seeing largely the same number of guests come through the turnstiles. But in the short term, more guests are going to flock to these rides than the area was designed to handle — which won’t be a surprise to park operators, according to University of Central Florida professor Bill Zanetti.

“In the industry, we have a concept called ‘design day capacity.’ It means we design attractions so they can handle the demand about 80 to 90 percent of the days of operation,” said Zanetti, who teaches courses in theme park and attraction management at UCF. “When something is new, that fits in that leftover 10 to 20 percent where the demand will be over what the rides can handle.”

The new attractions aren’t the high-capacity, people-eating behemoths found in other Disney World parks, like Pirates of the Caribbean or the Haunted Mansion. Alien’s Swirling Saucers can likely handle only about 600 riders per hour, based on the very similar Mater’s Junkyard Jamboree at Disney California Adventure. 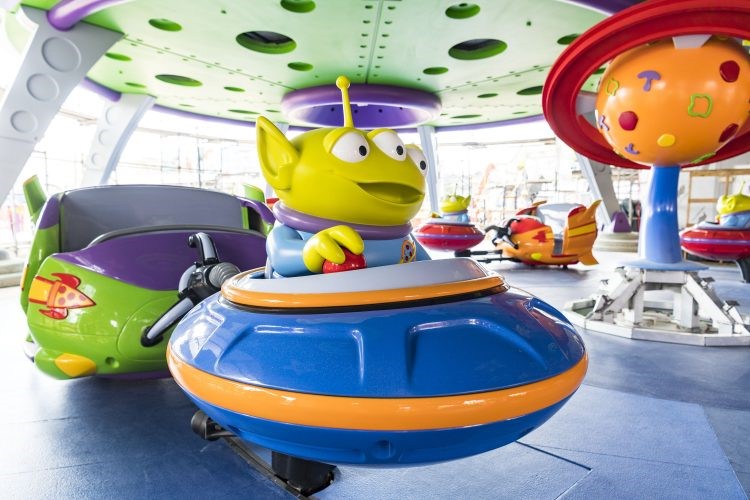 Estimates on Slinky Dog Dash’s capacity range from around 900 to 1,440 guests per hour, while Midway Mania can supposedly handle 1,900 guests on an hourly basis if all three of its tracks are operational.

Zanetti said the opening of Toy Story Land will be the equivalent of restoring part of the guest capacity of the Studio Backlot Tour, which shut down in 2014, but it doesn’t come close to bring the park back to full strength.

That’s because Disney’s Hollywood Studios has also lost attractions like Lights, Motor, Action! Extreme Stunt Show and The Great Movie Ride while its attendance has largely held steady, rising from 10.3 million guests in 2014 to nearly 10.8 million in 2017. So the park has stayed just as busy with fewer things for visitors to do — and it’s only going to get busier now that something new is opening.

“Ideally the demand should settle down over time, however, Disney doesn’t have the best track record as of lately on that,” Zanetti said.

He’s referring to the 15 percent jump in attendance at Disney’s Animal Kingdom last year after the opening of Pandora: The World of Avatar. Usually, long waits for new rides at Disney World would even out after a few months, but the Avatar attractions have continued to see two- to three-hour waits on a regular basis a year after they first opened.

Zanetti doesn’t expect those kinds of sustained crowds for Toy Story Land, which is going after a different demographic than Pandora with less immersive attractions.

Disney is taking some steps to help spread out the big crowds. Starting July 1, Disney’s Hollywood Studios will have extended operating hours (opening at 8 a.m. and closing at 10:30 p.m.), an extra hour for guests staying at Disney resorts will be added every morning and one evening per week and an additional performance of the park’s Fantasmic! show every night.

For those wanting to rely on Disney’s Fastpass+ system to avoid the longer lines, they’ll only be able to select one of the Toy Story Land attractions — and since resort guests get a 30-day head start on picking their ride times, spots for the two new rides will likely be gone by the time Orlando locals can make a reservation.

Some things won’t change, Zanetti said, as Toy Story Midway Mania will likely still be the first priority when the park opens, only now guests will have an entire land to visit rather than a single ride. Overall, he expects Toy Story Land to draw crowds only slightly bigger than the typical busy day at Hollywood Studios.

The same won’t be said in 2019. That’s when Star Wars: Galaxy’s Edge opens, though luckily for Orlando area theme park fans who don’t want to make a cross-country trek, Disneyland’s version of the land will open first.

Zanetti said this will draw away some hard-core Star Wars fans to the Anaheim, California park, where he expects as many as 200,000 people to show up on the new area’s opening day.

“You can expect chaos at the same level as when the Wizarding World of Harry Potter opened up for the first time at Universal’s Islands of Adventure,” Zanetti said. 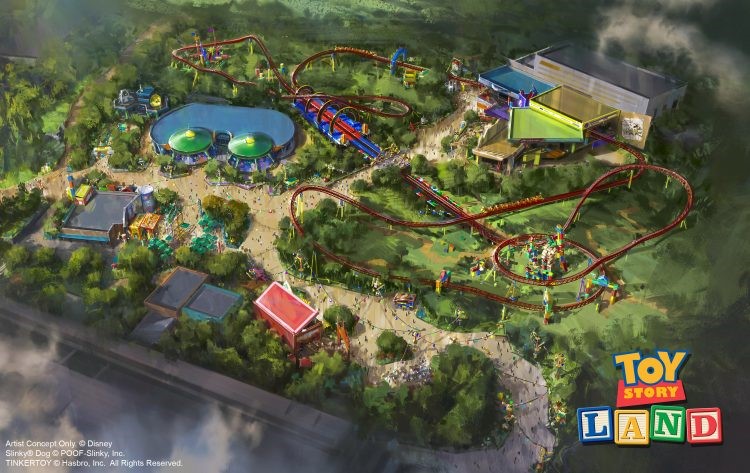