San Diego’s oceanside amusement park Belmont Park has opened a new flat ride and revamped an existing one as it inches closer to its 100th anniversary.

Dip ‘N Dive is a submarine-shaped ride that swings guests through the air up to 20 feet high. It’s a refreshed version of the park’s existing Crazy Submarine, upgraded with a new backdrop inside the ride and a new paint job. 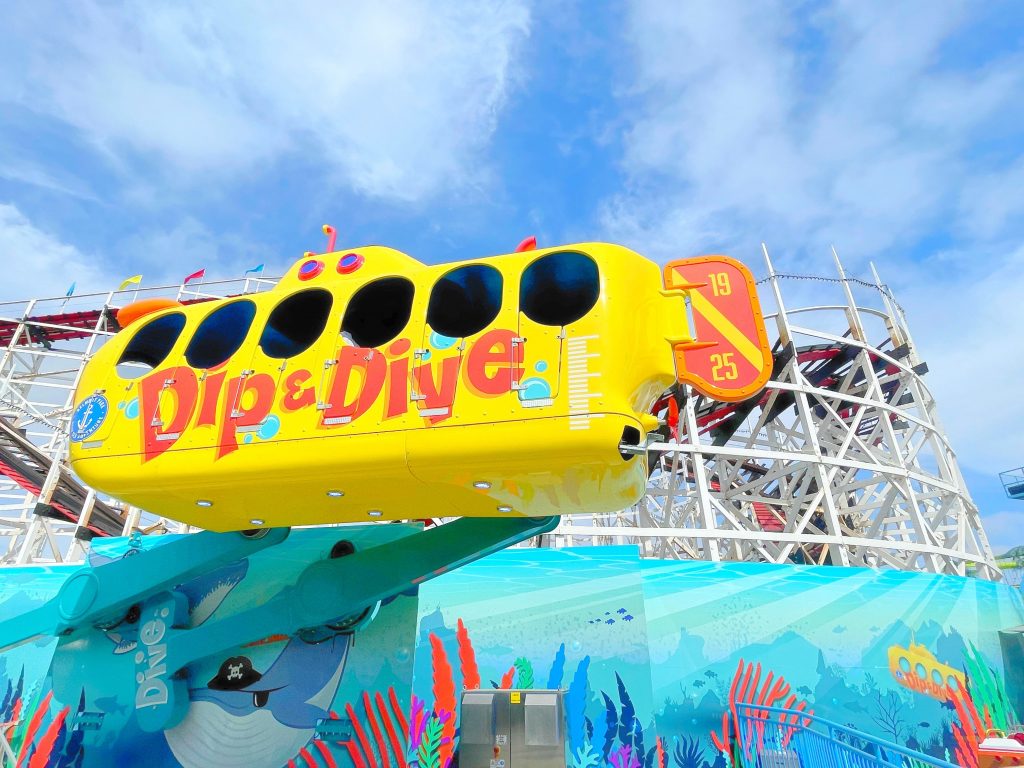 The new ride, Wave Jumper, rotates guests in boat-shaped vehicles that bounce up and down, mimicking the sensation of riding a wave. It takes the place of the High Striker attraction.

Both rides will cost five tickets per customer and have a height requirement of 36 inches. 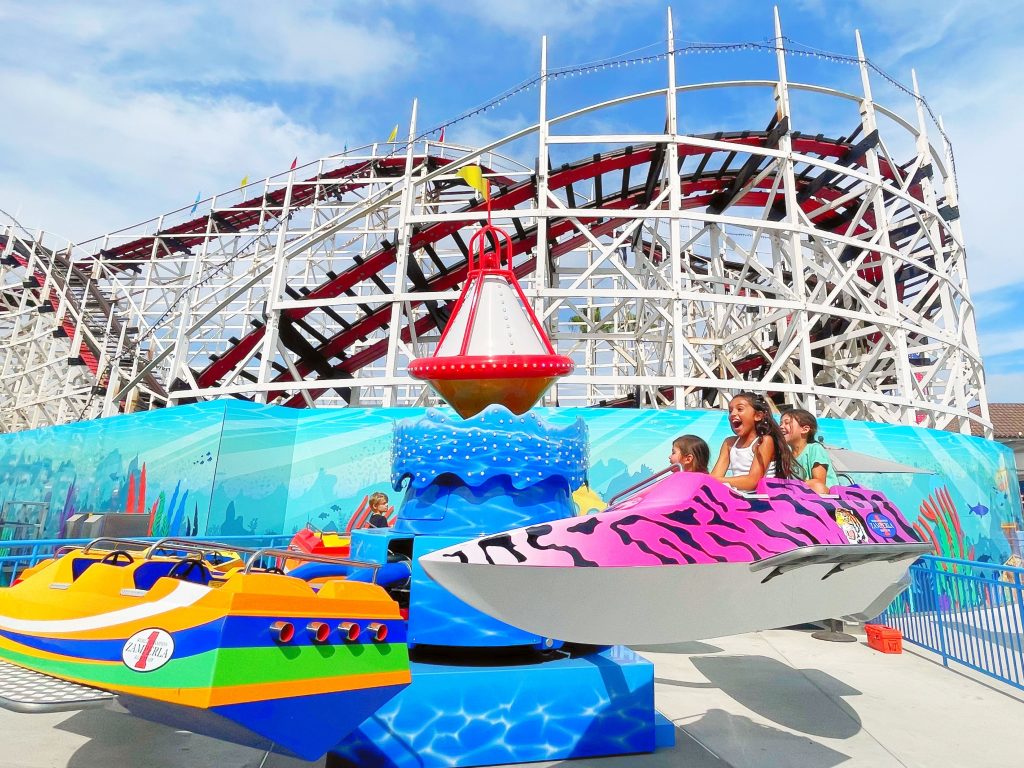 “Belmont Park has had an incredible life these past 97 years,” Belmont Park general manager Steve Thomas said in a press release. “As we prepare for 100 years of Belmont Park, I want to make sure we’re in the best shape we’ve ever been in and that means new rides, better safety, new games, more fun and so much more.”

The park also added a new escape room to its Escapology complex, called Mansion Murder, which puts players into the role of a man being framed for his grandfather’s homicide. Escapology is expected to grow in 2023 with the addition of a new building with more escape rooms.

Safety upgrades have also been made for 2022. 130 security cameras are now in place throughout Belmont Park, 24/7 security with emergency medical technicians are now on-site, and a San Diego Police substation at the park has been created.

Belmont Park is most famous for its Giant Dipper roller coaster. The 73-foot-tall woodie opened with the park in 1925 and is designated as a National Historic Landmark.

Three TV stations filed a lawsuit against Cedar Point Tuesday in an attempt to force the park to turn over reports of sexual assault investigated by the park’s police department.

The stations — WTOL in Toledo, WBNS in Columbus, and WKYC in Cleveland — reported earlier this year that 28 sexual assaults tied to the dorms had been reported since 2017. Employees said they were discouraged from reporting the alleged assaults. In one case, the park rehired a seasonal employee accused of rape, and he was later convicted of a separate assault in the dorm and was sentenced to three years in prison.

According to the stations, Cedar Point has not answered public records requests for cases reported to its own police department. The park has previously claimed that its police force (which is being disbanded) is essentially private security and not subject to public records laws.

Dr. Diabolical’s Cliffhanger is opening this weekend at Six Flags Fiesta Texas, and the park has now released a point-of-view video for the new dive coaster.

The 95-degree first drop is the steepest in the world on a dive coaster, sending riders down from 150 feet at 60 miles per hour.

The coaster is the first coaster from Bolliger & Mabillard — the coaster firm behind Universal Orlando’s Incredible Hulk Coaster — to open in a Six Flags park since 2012.

Correction: The original version of this article inaccurately stated that Belmont Park had opened two new flat rides. In fact, the Dip ‘N Dive ride is a revamped version of the existing Crazy Submarine. Theme Park Tribune apologizes for the error.