Hersheypark is closing its Wildcat wooden coaster on July 31, the park announced Friday.

No explanation for the closure was given. In a statement to the York Daily Record, Hersheypark spokesperson Amanda Polyak said, “We will share details on what’s next before the end of the year.”

The tweet announcing the closure did ask, “Any suggestions on what we could do with 3,100 feet of wooden track?” That question was met with a suggestive reply from Rocky Mountain Construction, an Idaho-based coaster firm beloved for converting old wooden coasters into steel-and-wood hybrids, including Steel Vengeance at Cedar Point and Iron Gwazi at Busch Gardens Tampa Bay. The response suggests that Wildcast may be in for the RMC treatment.

Wildcat opened in 1996 and was the first coaster built by Pennsylvania’s own Great Coasters International. The ride is 106 feet tall with a 85-foot first drop and a top speed of 50 miles per hour.

The new Lost Island theme park in Waterloo, Iowa, is now open, but is only drawing between 100 to 300 customers per day, according to Eric Bertch, the owner and general manager of the new park and existing water park.

“The water park is doing very well, and we were kind of expecting them to play off of each other and that doesn’t seem to be happening with the attendance we’re seeing here,” Bertch said to The Gazette in Cedar Rapids.

Bertch added, “The theme park is 2 1/2 times the size, so we should easily be seeing 2,500 to 3,000 guests without any trouble. The water park is packed, so we assumed that some of the traffic would translate over here, and it’s not.”

Lost Island is operating without its top roller coaster, Magutani, an Intamin launch coaster relocated from Sweden. Its premiere attraction, the Volkanu: Quest For The Golden Idol interactive dark ride, is open. The park is based around five separate “realms,” all linked by an original, Polynesian-inspired mythology.

Universal Studios Hollywood’s Studio Tour will feature sets from Jordan Peele’s “Nope” starting July 22 — the first time the park has added such an attraction on the same day a film is released into theaters.

The featured set is, fittingly enough, a theme park called Jupiter’s Claim. In the film, the Santa Clarita Valley-based park is “predicated on the white-washed history and aesthetics of the California Gold Rush,” according to a Universal press release, and “becomes a pivotal location as the characters seek to investigate mysterious, unexplained phenomena, leading them toward increasing danger and terrifying consequences.” 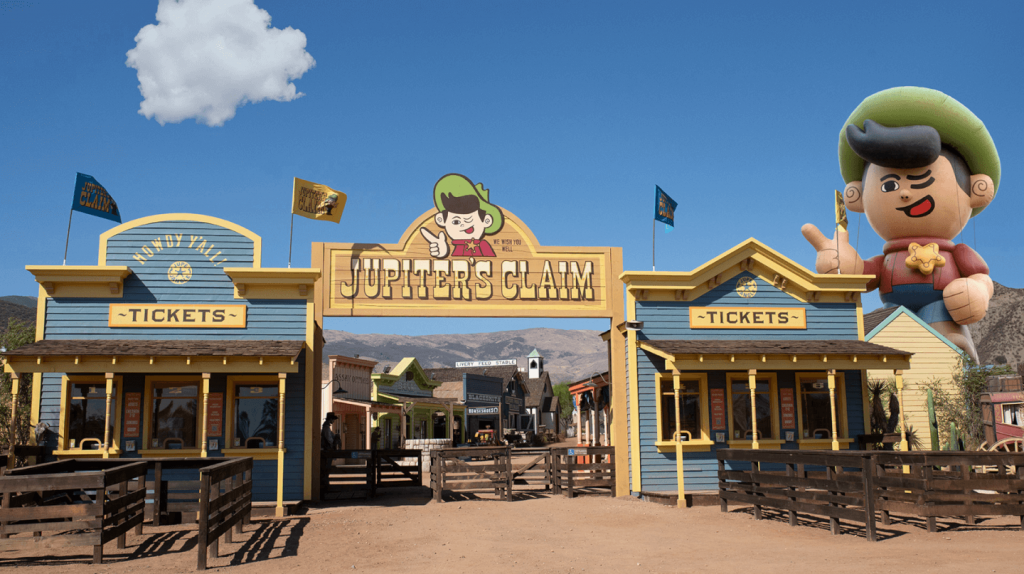 It’s not the first time a Peele horror film has made its way into a Universal park. A haunted house based around his film “Us” was featured at Halloween Horror Nights events in both Orlando and Hollywood in 2019.