The flagship restaurant at the Disneyland Hotel is permanently closing.

Disneyland Resort announced Thursday that Steakhouse 55 would not reopen. The news was confirmed by the Orange County Register, which also reported that PCH Grill at Disneyland’s Paradise Pier Hotel was closing permanently.

Dining locations at the nearby Grand Californian, including Napa Rose, Storytellers Cafe, Hearthstone Lounge and GCH Craftsman Bar & Grill, have already reopened. Goofy’s Kitchen is expected to return at the Disneyland Hotel at some unspecified date. When the hotel reopens Friday, only Trader Sam’s Enchanted Tiki Bar and Tangaroa Terrace will be available. 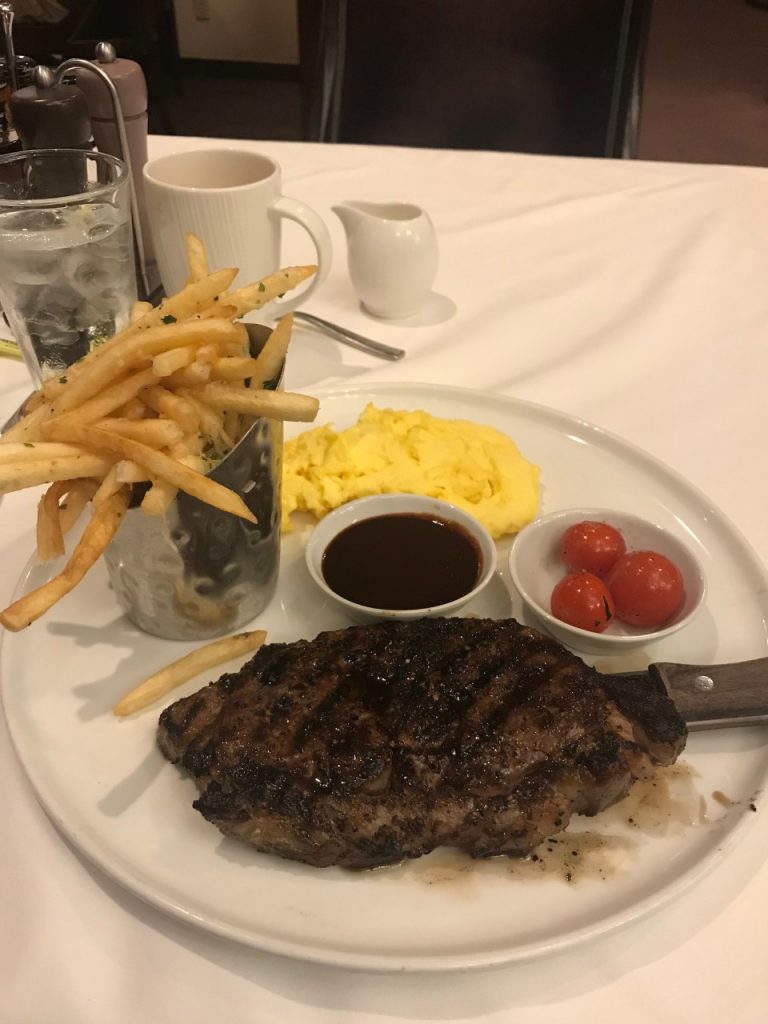 Steakhouse 55 has existed in its current form since 2006. The upscale spot took over the space once occupied by Granville’s Steak House, which dated back to 1983 — when the Disneyland Hotel was still owned by television producer Jack Wrather. The original name honored his wife, actress Bonita Granville.

Disney said options are being “considered” for both Steakhouse 55 and PCH Grill. However, it’s not out of the realm of possibility that the locations remain empty. MousePlanet pointed out that Disney shuttered Japanese restaurant Yamabuki at the Paradise Pier Hotel in 2009, and the space remains unoccupied 12 years later.

The annual Holidays at Universal Orlando Resort celebration will start Nov. 13 and run through Jan. 2, 2022.

Universal did not detail what festivities will be included in this year’s holiday event. The 2020 edition was altered due to the COVID-19 pandemic, such as changing the traditional Macy’s parade to a walk-through exhibit so guests could see the floats without crowding together.

There’s no word yet on whether 2021 will see the return of the parade or the “Grinchmas Who-liday Spectacular” stage show.

Celebrating its belated 100th anniversary, Knott’s Berry Farm already has something planned for its 150th birthday.

On Wednesday, the park held a ceremony to bury a time capsule that will be unlocked in the summer of 2071. You can watch the whole thing from Theme Park Insider:

Knott’s reopened in May after a yearlong shutdown that delayed its 100th anniversary celebration, as well as the debut of its new interactive dark ride, Knott’s Bear-y Tales: Return to the Fair.