A theme park under construction in Iowa has released a new map and revealed the names of its lands.

Lost Island Theme Park is scheduled to open in 2022 in Waterloo, Iowa, next to the existing Lost Island water park. A map posted on the park’s website shows off plans for five separate “realms” that carry over the water park’s Polynesian setting. 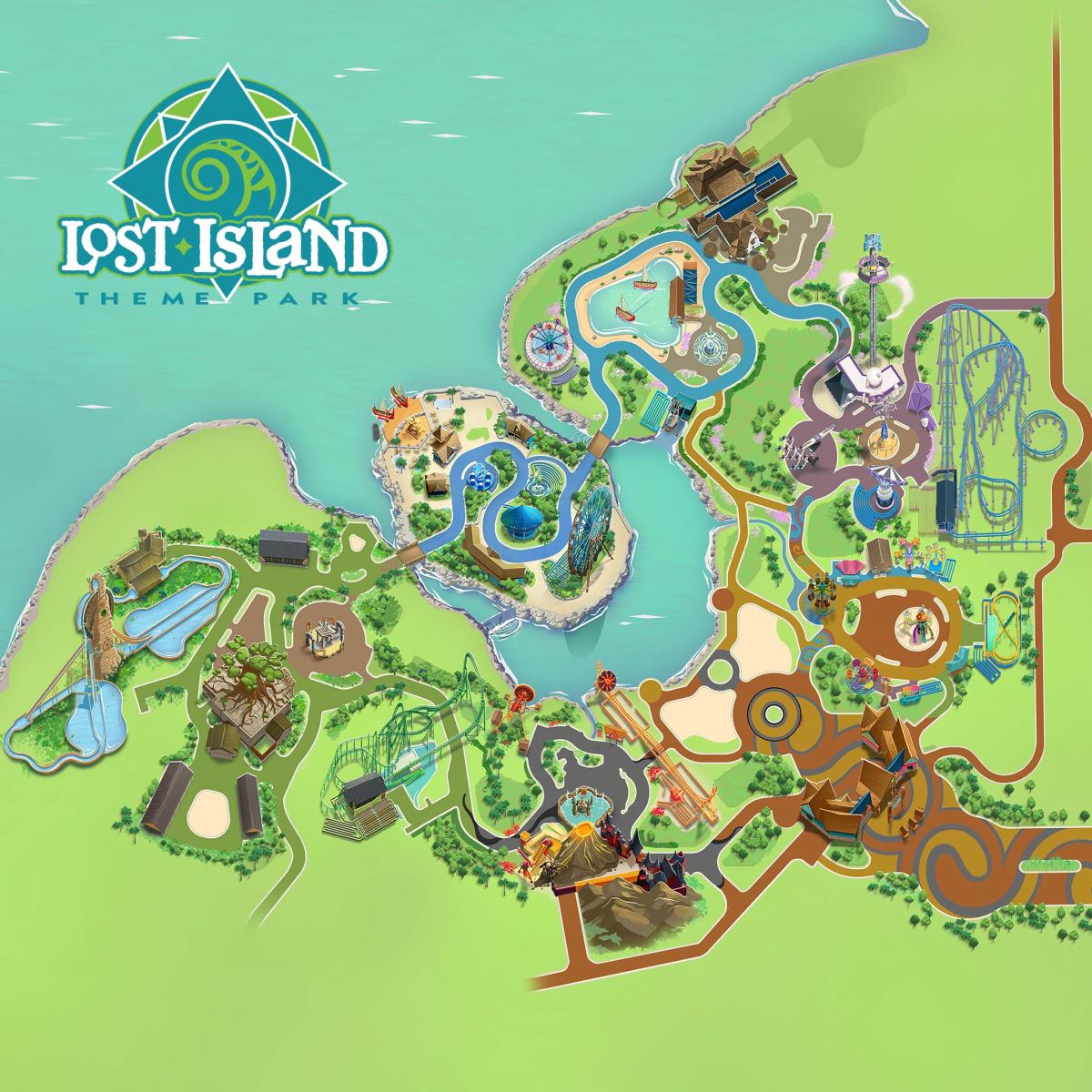 Each of the realms was identified in an Aug. 17 video:

“The park will be divided into five different realms that are all going to be heavily themed. So the experience will be closer to a Disney or a Universal Park than a Six Flags,” Eric Bertch, general manager of the Lost Island water park, told the Des Moines Register in March. “We will have a variety of rides available that range from kids’ rides up to some pretty impressive thrill rides.”

While Lost Island has yet to reveal its precise attraction lineup, Roller Coaster DataBase lists three roller coasters for the park. One ride that has been confirmed is a Intamin launch coaster formerly known as Kanonen, which Lost Island purchased from Sweden’s Liseberg amusement park.

Joining other SeaWorld coasters, Emperor at SeaWorld San Diego will now open in March 2022, after the pandemic scrambled its original 2020 opening.

The Bolliger & Mabillard dive coaster, with a 143-foot-tall vertical drop and a top speed of 60 miles per hour, has been sitting completed but unavailable to guests since the theme park reopened its rides in April. Now, like Iron Gwazi at Busch Gardens Tampa Bay and Ice Breaker at SeaWorld Orlando, its opening has been officially delayed into 2022.

“Due to the unprecedented challenges of the last two years, the opening was delayed,” said SeaWorld San Diego park President John Dunlap in a press release. “We know this has been disappointing and we’d like to thank our guests for their patience for this long-awaited ride to open.”

The pandemic has caused other delays in SeaWorld attractions that have yet to be resolved. Busch Gardens Williamsburg has yet to announce a new opening date for its delayed coaster, Pantheon. Back in San Diego, SeaWorld delayed its transformation of the Aquatica water park into Sesame Place San Diego until 2022, which came with a steep $2,000 per day penalty to be paid to the Sesame Workshop.

WKYC has obtained a photo of a L-shaped bracket that is similar to the one which fell off Cedar Point’s 420-foot-tall Top Thrill Dragster and seriously injured a woman standing in the queue.

The Ohio Department of Agriculture could not confirm that it was the exact metal piece that broke off the coaster’s green train, but did say that it “appears similar to the bracket recovered from” the ride.

The department’s chief of amusement ride safety, David Miran, said Monday that, “The L-shaped piece is called a flag plate, a block reset, a block set. Essentially, it’s a piece of metal, which is attached to the back of the train, the coaster, on both sides. It’s a piece of metal, which hovers over as it goes over the track, sensors, and when the sensors pick up that piece of metal it relays to the computer system to let the system know where the train is on the track.”

The victim was identified Monday as 44-year-old Rachel Hawes from Swartz Creek, Michigan. Her family released a statement saying Hawes remains in a critical condition in an intensive care unit with a brain injury.

“We are devastated by last weekend’s accident at Cedar Point,” the Hawes family said. “We want to thank everyone for their thoughts and prayers during this time. Rachel is fighting for her life, and we would ask for privacy in this difficult time.”

Cedar Point has closed Top Thrill Dragster for the remainder of the season.