After a year where its season was greatly limited, Busch Gardens Williamsburg will be open year-round for the first time in 2021.

With the COVID-19 pandemic still raging, the park will continue to rely on smaller events from January through March. Capacity will be limited to 4,000 people for reserved time slots on Fridays, Saturdays, and Sundays. The new celebrations start with Winter Weekends from Jan. 14 to 25, followed by Mardi Gras on Jan. 29 to Feb. 28. 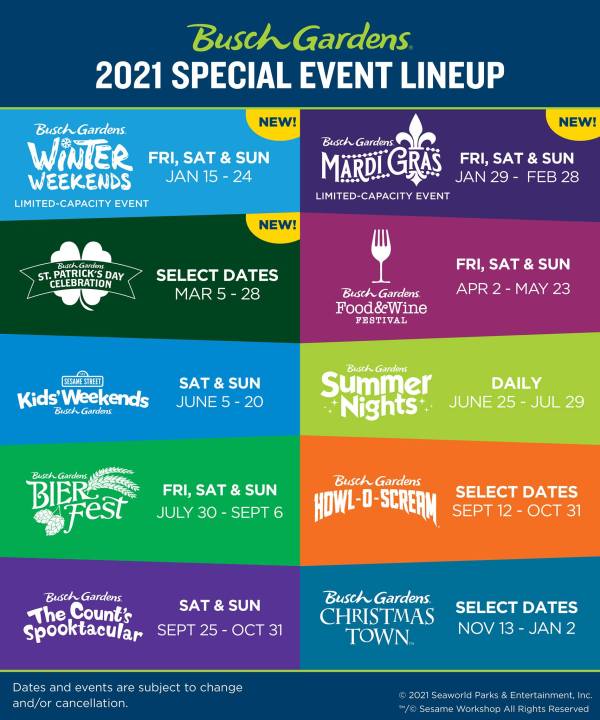 “We have always tried to figure out a way to operate 12 months out of the year,” park spokeswoman Cindy Sarko told the Richmond Times-Dispatch. “Our sister parks are year-round operations but are in warmer climates. Now that we had to rethink how we operate with COVID, it made sense to do it given the limited-capacity events we had in 2020.”

Ticket prices for Winter Weekends and Mardi Gras will start at $35.

The lineup of available rides will be the same for these two events as it has been for the Christmas Celebration, including four roller coasters: Alpengeist, Verbolten, InvadR, and Grover’s Alpine Express.

The blazing Central Florida sun won’t be much of an issue anymore for Legoland Florida’s Miniland.

The park announced on its Facebook page Tuesday that it is building shade structures over the land that features Lego displays of locales from Florida and around the U.S. 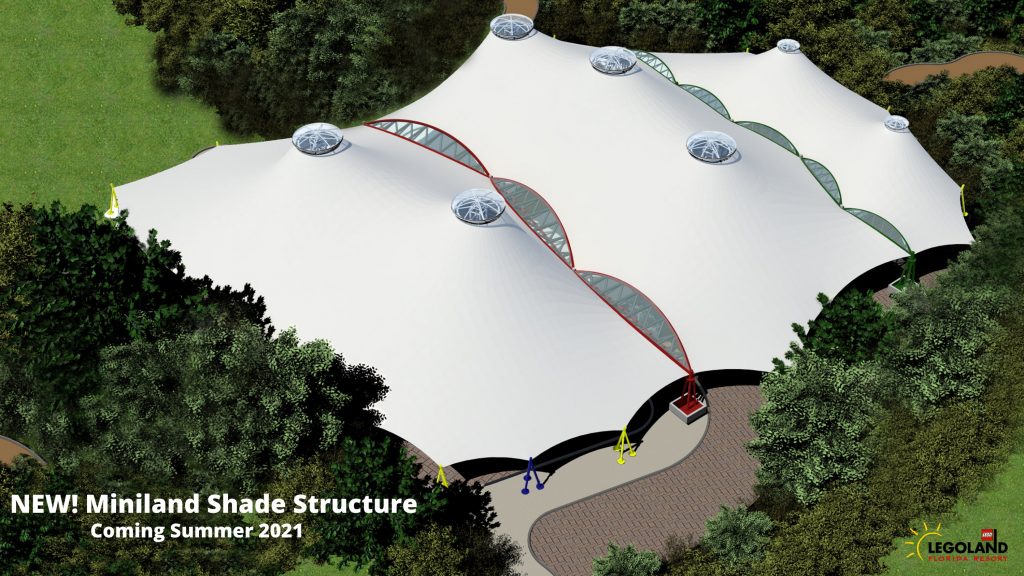 Construction will begin next week and should be completed by summer 2021, according to the post.

The park is rumored to be unveiling plans for a five-acre expansion later this year.

If you’ve seen photos of Disneyland from the ‘60s to late ‘90s , chances are you’re familiar with the work of Renie Bardeau — even if you’ve never heard his name.

A publicity photographer at the Disneyland for almost 43 years, Bardeau’s portfolio included shots of celebrities at the park as well as iconic images of Walt Disney himself — including one famous shot known as “Foosteps,” shot in 1964 with Walt walking through the gateway of Sleeping Beauty Castle in the early morning hours. 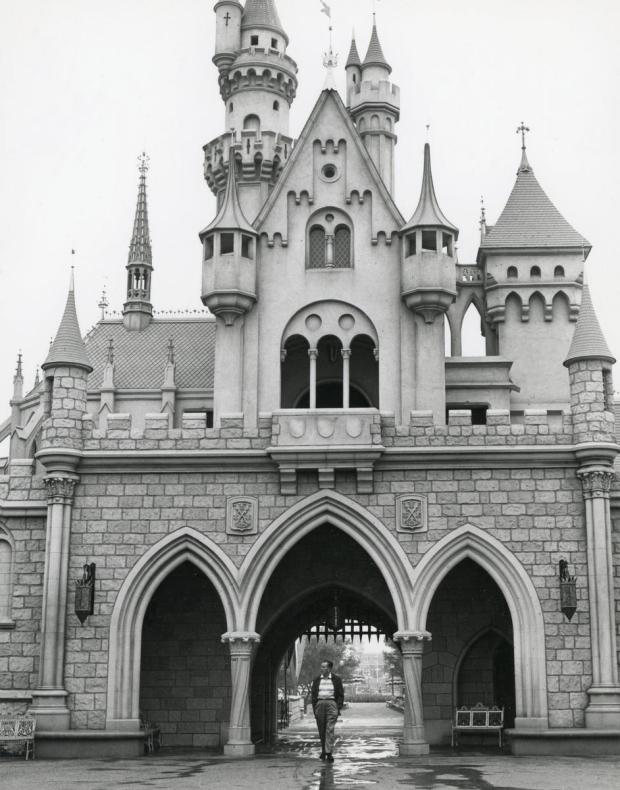 After starting at Disneyland with a summer job in 1959, Bardeau ended up staying at the park long after he expected a job in advertising would pull him away, eventually retiring in 1998.

“One year became five and five became 10, then 10 became 20 and so on,” Bardeau told Mouse Planet in 2012. He was given one of the rarest Disneyland honors: a mention on a window on Main Street above the Main Street Photo Supply Co.

In a statement on his death, Disneyland said, “We are deeply saddened to hear of the passing of Renie Bardeau, who will long be remembered for some of the most iconic Disneyland photography ever published. Our thoughts and prayers are with his family during this time.”

According to the Orange County Register, Bardeau died of kidney failure at a Glendale, Arizona retirement home, after having contracted COVID-19.