Walt Disney World’s 50th anniversary is months away, but it’s still not clear how big of a birthday celebration is being planned.

Fluctuating restrictions thanks to the COVID-19 pandemic have put unforeseeable constraints on plans that were in the works for years. As a result, Disney’s announcements about the 50th have been limited to delaying a single attraction and some redecoration of existing park icons.

It’s a bit odd, considering the Disney parks’ habit of elaborate grand openings and anniversary celebrations. Just look at how Disney World celebrated its 25th anniversary, with a brand new parade, “Remember the Magic,” and the infamous — but unforgettable — Cake Castle. 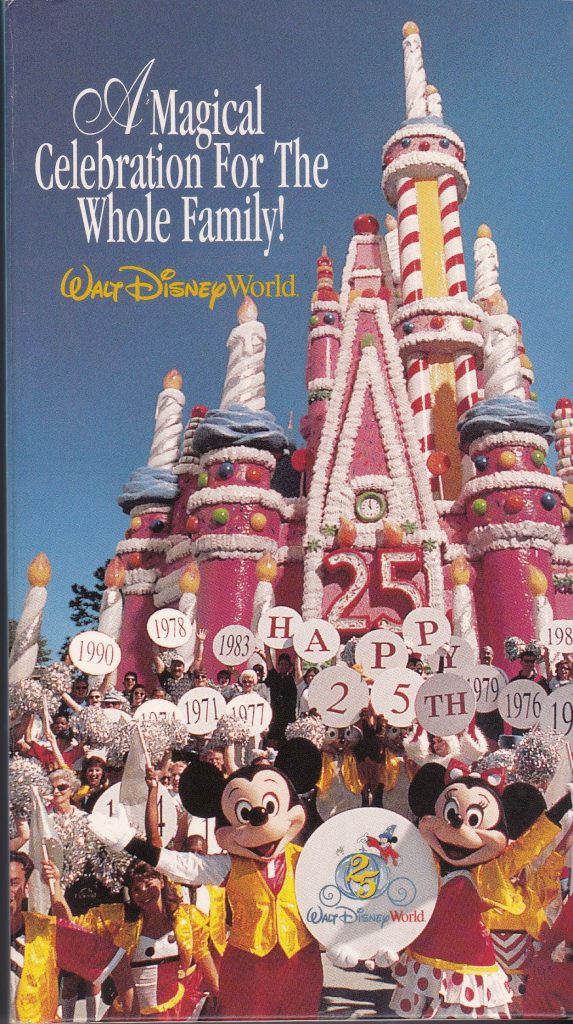 Promotional ideas for these anniversaries have included ambitious, anything-other-than-boring ways to boost attendance and recognition. For the 50th, fans have been mostly left to wonder what memorable experiences are being prepared, but past celebrations offered extravagance to garner publicity.

A Patriotic 20th at Disneyland

Disneyland’s 20th anniversary arrived in 1975, but an even bigger milestone for the nation was just ahead. This park celebration decided to combine the celebration of America’s bicentennial, coming the following year, with Disneyland’s own birthday bash. 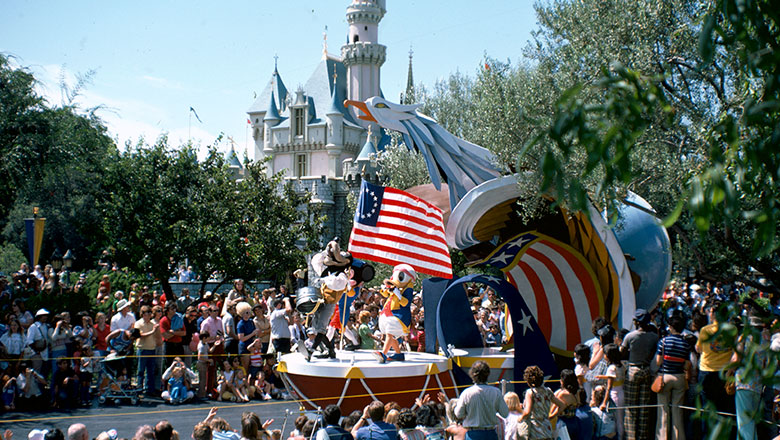 “America on Parade” at Disneyland (D23.com)

More than a year’s worth of special events followed during the summers of 1975 and 1976, including the biggest parade in the park’s history up until that point. “America on Parade” featured a total of 50 floats displaying red, white, and blue colored scenes of patriotism, while the evenings featured the long-running “Fantasy in the Sky” fireworks.

Perhaps the best example of cross-promotion was that fan-favorite Great Moments with Mr. Lincoln returned after a two-year hiatus. The former 1964 World’s Fair attraction had left the Main Street Opera House in 1973, being replaced by The Walt Disney Story — earning Disney criticism from Orange County, California Republicans who wanted to see Honest Abe returned to prominence at Disneyland.

It’s a shame that Walt Disney World’s 50th will have to go on without Mr. Charles Ridgway. Ridgway was director of press and publicity for Disney World starting in 1969, two years before it opened. A public relations genius, it was his suggestion to go big for Donald Duck’s 50th birthday in the summer 1984.

Ridgway had Donald parade down Main Street USA at the Magic Kingdom followed by 50 real ducks. Of course, it’s not a given that just any ducks would follow orders, so the cast member playing Donald was introduced to the 50 ducklings at birth, and they were always fed by him.

This bonded the cast member with the ducks, and when the time came at the Magic Kingdom, great footage was shot of Donald waddling with 50 of his friends.

Although Donald’s birthday was celebrated on both coasts, only the parade at Walt Disney World featured the ducks alongside Donald.

The last year has shown theme parks’ plans have to be flexible and not all publicity is proactive. The effect of the COVID-19 pandemic and economic downturn on the travel industry resembles recessions, and two economic downturns in this century led to year-long Disney promotions to boost attendance.

The Sept. 11, 2001 terrorist attacks had a considerable impact on tourism and Disney parks. Instead of focusing solely on Walt Disney World’s 30th anniversary around 2001, the company had opted for a company-wide promotional concept, the 100 Years of Magic Celebration, honoring the centennial of Walt Disney’s birth. Although the ceremonial events were not delayed after Sept. 11, and the parks still received many new additions that drove interest, such as the Sorcerer Mickey hat icon at Disney’s Hollywood Studios and new parades, the good came with the bad.

Walt Disney World’s original water park, River Country, closed for winter maintenance and then never reopened at all due to the decrease in guest demand. Pop Century Resort was planned to open during the promotion as WDW’s latest hotel in 2001, but construction was delayed and only half of the originally-planned development was fully built, opening in 2003. Some partially finished buildings would later be used for the Art of Animation Resort, which didn’t open until 2012.

The post-Sept. 11 and COVID-19 recessions were similar in that they both included limiting park hours, temporarily closing less popular attractions, offering discounts on hotels and vacation packages, and permanently cancelling or postponing previously-announced projects right before anniversaries.

Disneyland’s 50th anniversary came along in 2005 with Disney choosing to invest in “The Happiest Celebration on Earth” events and attractions across all of its theme parks. After not seeing attendance numbers jump as expected, Disney made a bolder attempt in 2006.

The Year of a Million Dreams promotion began that October, effectively providing all admission-paying guests with the chance to win prizes like a lottery, ranging from unlimited Fastpasses to a stay in the Cinderella Suite inside Cinderella Castle. The publicity for the random giveaway was such a hit for both resorts that it was extended until the end of 2008.

It’s no coincidence that 2006 was the first year following Sept. 11 to see a year-over-year attendance increase and the promotion helped drive demand through the 2008 recession.

Anniversary years come with expectations of a bit of pomp and circumstance, but a grand parade down Main Street is not always Disney’s go-to move.

Over the past decade, Disney World anniversaries have tended to be acknowledged with only a small amount of merchandise. Days before the quiet and uneventful 40th anniversary in 2011, which featured the “Let the Memories Begin” marketing, Pandora – The World of Avatar was announced as the huge new land coming to the resort at Disney’s Animal Kingdom. 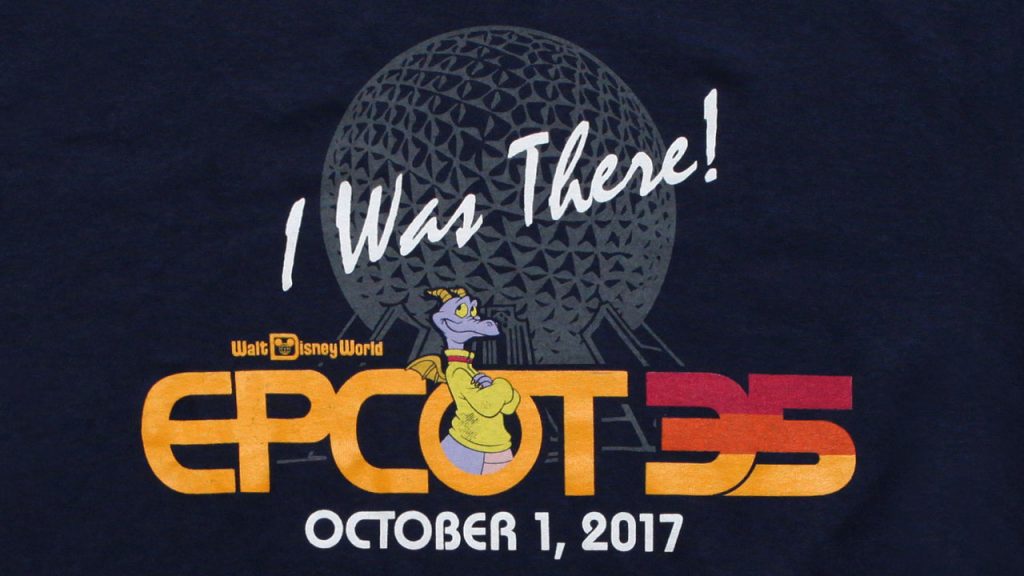 Epcot celebrated its 35th year in the fall of 2017 with one-day-only exclusive merchandise and a special edition of “Illuminations: Reflections of Earth.” There was only one change to its attraction lineup, and that was closing Ellen’s Energy Adventure rather than opening a new experience.

Disney World’s 50th anniversary won’t be that limited. Besides new lighting packages and a repainted Cinderella Castle, one new attraction opening on Oct. 1, 2021 — Remy’s Ratatouille Adventure at Epcot — even if the ride was originally supposed to open well before the 50th anniversary. But it’s not clear that if more is still to be announced. Will there be giveaways? Celebrities? A TV special?

Right now, there are no other guarantees as far as big in-park festivities. There seems to be less concentration on hyping the 50th compared to past anniversaries, and the pandemic is likely to blame. Disney’s media and communications staff appear to be focused on campaigns to attract any kind of post-COVID tourism, rather than showcasing the evolution of Walt Disney World over the years or the moments that made it the grand thing it is today.

Ultimately, the biggest draw for Walt Disney World’s 50th anniversary may just reintroduction of pre-pandemic operations and familiar experiences guests have already known and loved. By the short-term focus on recovering some of the past year’s losses, the company can’t necessarily live up to creative publicity campaigns of the past, nor does it need to.

Demand will be there. The question is whether Disney World’s biggest anniversary yet will be overshadowed by a simple return to normal.