Disney theme parks once again remained supreme when it came to worldwide attendance in 2019, despite a slight drop in its attendance overall. 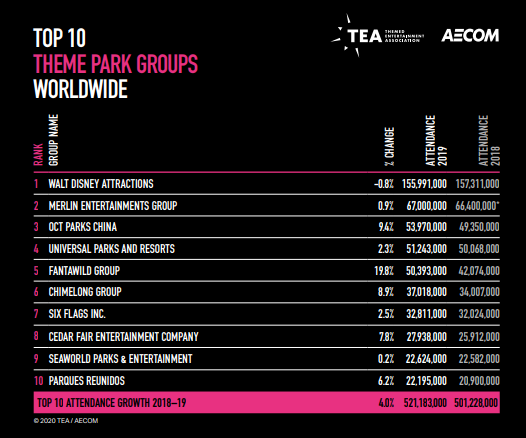 “As a whole, 2019 was a rather mild-mannered year in the industry, with stable results in the established European and American markets being supplemented by moderate growth in Asia,” John Robinett, senior vice president of economics at AECOM, said in a press release. “This could indicate that some pre-recessionary pressures were building under the surface before the tectonic COVID-19 shifted the foundation of the world’s health and economies.”

Disney is involved with 10 of the top 15 most-attended theme parks in the world, including the two Tokyo Disney Resort parks that are owned by the Oriental Land Company. Magic Kingdom and Disneyland Park remained Nos. 1 and 2, respectively. 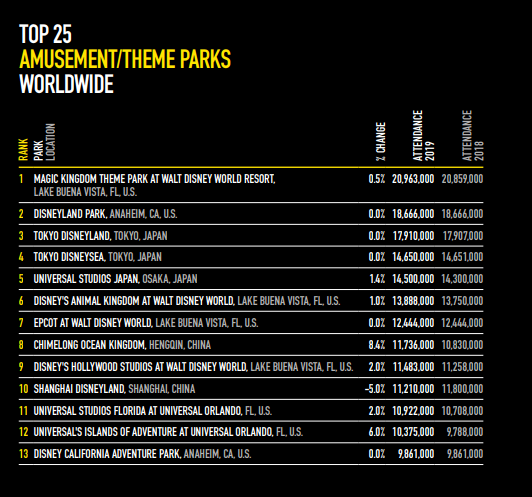 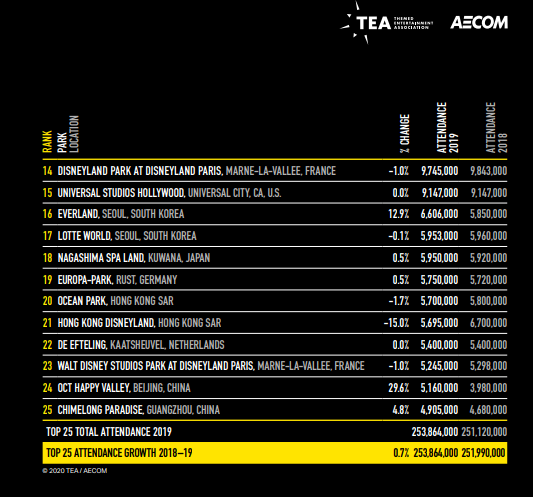 In North America, the top 20 parks did not change, but some did shift positions on the list compared to the 2018 report. Both of Universal Orlando’s theme parks are now ahead of Disney California Adventure, with Universal’s Islands of Adventure seeing a 6 percent jump in attendance after opening any major “Harry Potter” ride, Hagrid’s Magical Creatures Motorbike Adventure.

Knott’s Berry Farm saw a 3 percent attendance to jump over Busch Gardens Tampa Bay for the No. 11 spot. The biggest drop was for SeaWorld San Diego, which sank to No. 17 as attendance dropped by 8 percent in 2019, compared to the 20 percent jump it saw in 2018. 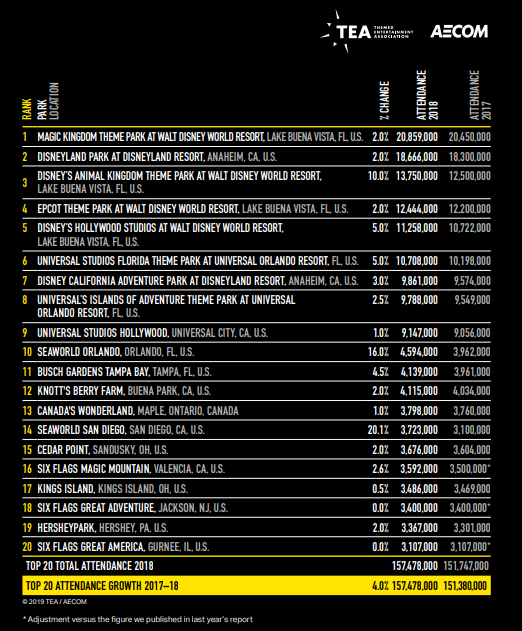 For water parks, Orlando continued to dominate the list in the U.S., comprising nearly half of the total attendance in the top 20. Several parks, however, reported drops in attendance due to Hurricane Dorian and a wetter summer 2019, including Disney World’s two water parks and Aquatica Orlando.

Universal’s Volcano Bay, however, saw another 5 percent jump in attendance in its third year. 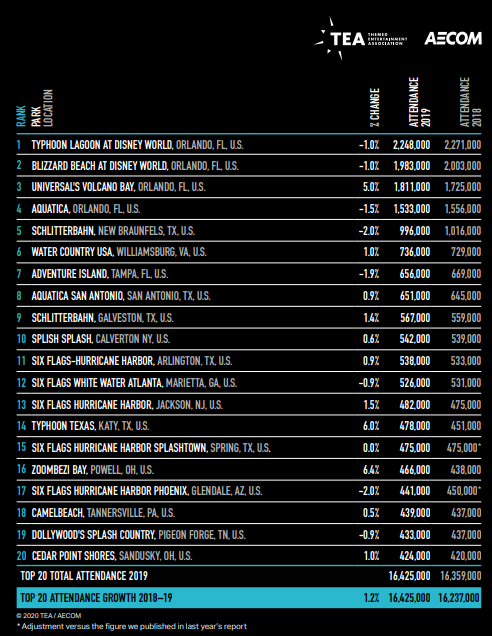 The figures in the Theme Index are based on research conducted by industry specialists at AECOM. Sources include “statistics furnished directly by the operators, historical numbers, financial reports, the investment banking community, local tourism organizations, and professional estimates where necessary,” according to the report.