You don’t have to be a theme park design expert to recognize that Universal Studios Florida isn’t laid out like other parks.

In the decades after Disneyland practically invented the modern theme park, its layout has been copied over and over again. Known as a hub-and-spoke, this design features a single entrance corridor (Main Street USA) and a central icon (the various Disney castles) around a “hub” that then breaks off into separate themed areas as the “spokes” (Fantasyland, Frontierland, etc.).

By the time Universal was developing the Orlando park, the hub-and-spoke had been repeated for Magic Kingdom and Tokyo Disneyland Park and was about to be used again for Disney-MGM Studios, Disney’s answer to Universal’s intrusion onto their Central Florida turf.

Before Universal Studios Florida, Universal had never developed full rides, much less a full theme park. Instead, its Hollywood park had grown organically around its popular Studio Tour.

The park was designed like a walkable version of that tour,  with streets and lands that felt like backlot sets — because essentially, they were.

Instead of evoking cinematic flair like Disneyland, areas of Universal Studios Florida were really designed to be used for filming. You can see this today with the full-sized facades representing New York backlot, the tight corners of Sting Alley or the curved Hollywood Boulevard allowing film crews to get the right shot while easily hiding the theme park setting. 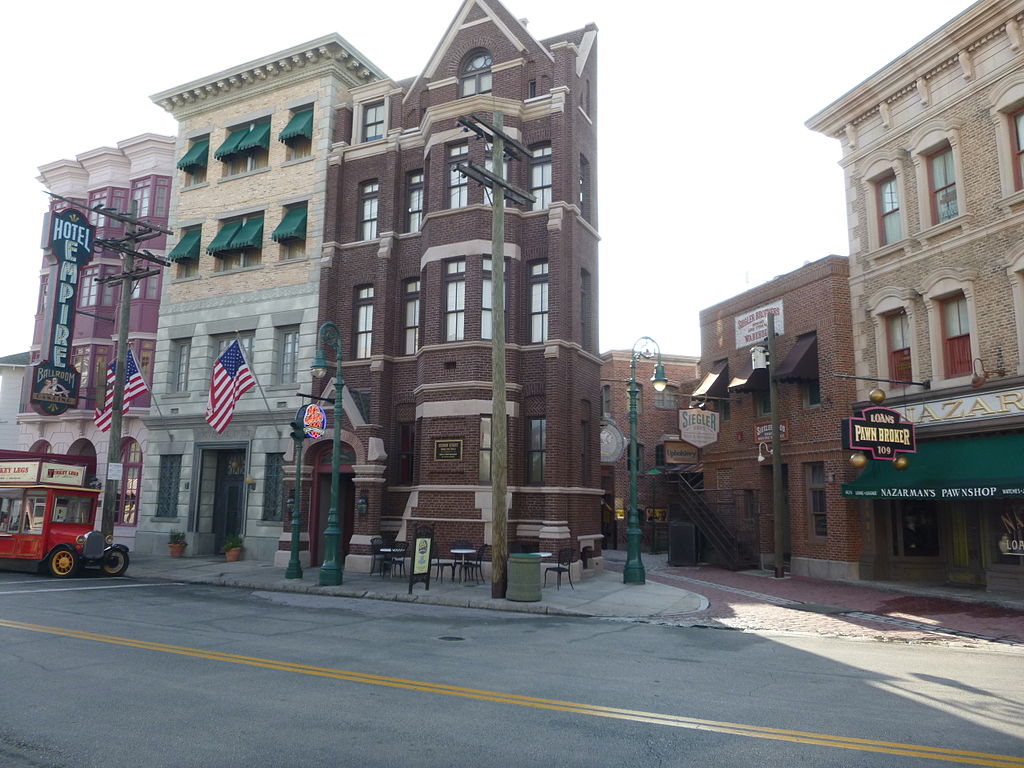 “The backlot sets were designed by the renowned Henry Bumstead,” explained theme park historian and author of “Universal vs. Disney,” Sam Gennawey. They were considered the best designed backlot in Hollywood, with perfect shooting angles. The back lots surround a lake. A pretty classic Randy Duell type park,” referring to the designer of parks like Six Flags Magic Mountain and Six Flags Great America.

The difference between a Disney park and Universal Studios Florida is apparent from the moment you stroll through the gates. There’s no equivalent of Main Street here. Walking straight ahead from the entrance brings you not to a park icon like Cinderella Castle and the entrance to a new land, but a flat facade of the New York Public Library and a dead end. 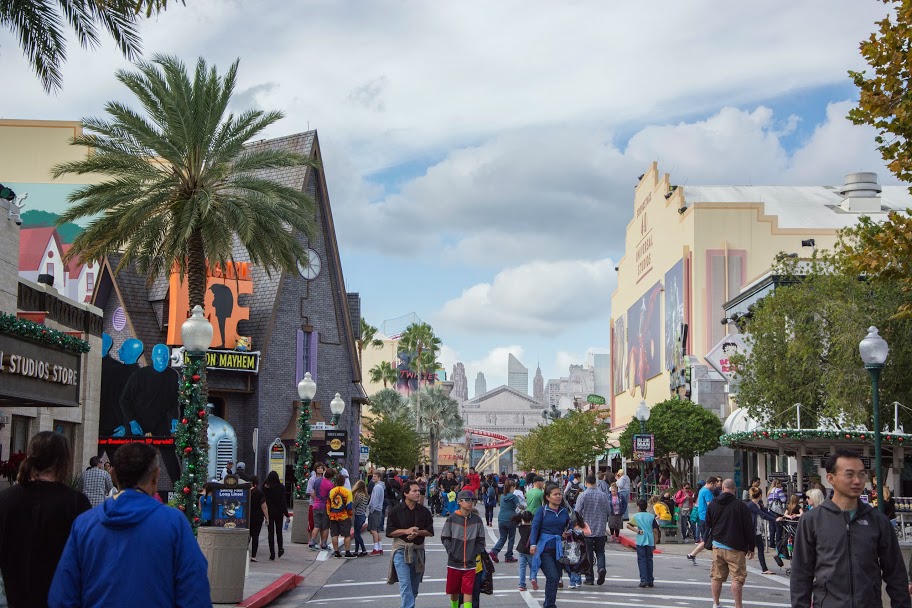 “It was laid out that way because it’s supposed to reflect a movie studio and not a theme park,” Peter Alexander, the park’s show designer and executive producer who now runs the Totally Fun Company, told Theme Park Tribune. “The idea is that even the guests can walk behind the scenes and see that it’s just a flat. It looks, but it’s not, and we had a bunch of things like that throughout the park. So that was the idea of the park. It wasn’t a theme park. It was a movie studio with theme park rides.”

Making Universal Studios Florida a real, working production studio was part of the appeal for Lew Wasserman, the longtime head of MCA who is honored with a statue in the park. As Alexander put it, the park’s streets were laid out to be “real shooting sets.”

Pre-opening research, however, found there was little demand for filming in Florida, Alexander said. Soundstages were still included, of course, and Universal was ultimately more successful than Disney in attracting real productions — most notably, becoming the home of several Nickelodeon shows in the 1990s — but Orlando never did become a “Hollywood of the East.”

Over time, that has necessitated an evolution of Universal Studios Florida. While some attractions are still housed in blocky, fully visible soundstages, few would mistake additions like Men in Black: Alien Attack and the Diagon Alley expansion of The Wizarding World of Harry Potter for evoking the feel of a backlot.

The theme park/production facility hybrid is now fully a thing of the past; just look at Disney’s Hollywood Studios, which traded in a backlot tour and street facades for the immersive Star Wars: Galaxy’s Edge.

“If that is the future, then Universal will be in great shape,” he said.