Construction has begun on the Walt Disney World Swan and Dolphin Resort’s new tower hotel, which now has a name: The Cove.

The new hotel will be owned by New York-based real estate firm Tishman and MetLife Investment Management and operated by Marriott International, just like the Swan and Dolphin.

“This is another significant phase for the Walt Disney World Swan and Dolphin Resort,” said Fred Sawyers, the resort’s general manager for the resort. “We’re excited about the resort’s continued evolution and the new experience it will provide for our guests.” 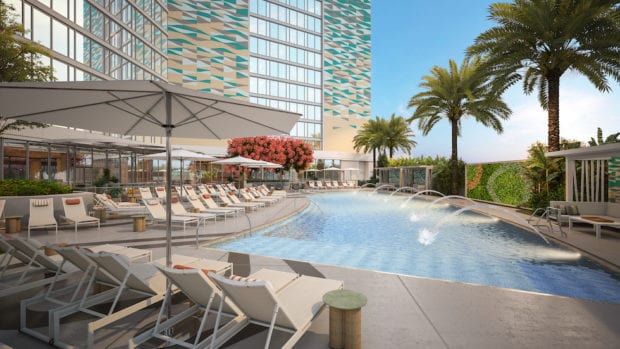 First announced by Tishman in September, the 14-story hotel will be on the current site of the resort’s tennis courts, adding 198 traditional rooms and 151 suites with separate living and working spaces. Guests staying in suites will have access to a conference table and a built-in audio and video system.

The Cove will be designed to cater to events and large groups. The plans include 21,000 square feet of meeting space on three floors, adding to the Swan and Dolphin’s existing 331,000 square feet available to conventions and corporate clients. A new rooftop venue, available for weddings and group events, will offer views of the nightly fireworks at Epcot and Disney’s Hollywood Studios.

Both parks will be within walking distance of the new hotel. Guests can also make use of the Friendship Boats that run between Epcot and Disney’s Hollywood Studios with stops at the Boardwalk, Yacht Club and Beach Club resorts.

Beyond convention space, the hotel will feature a 90-seat restaurant, 50-seat lounge, grab-and-go-market and an “upscale craft cocktail bar” in the lobby. 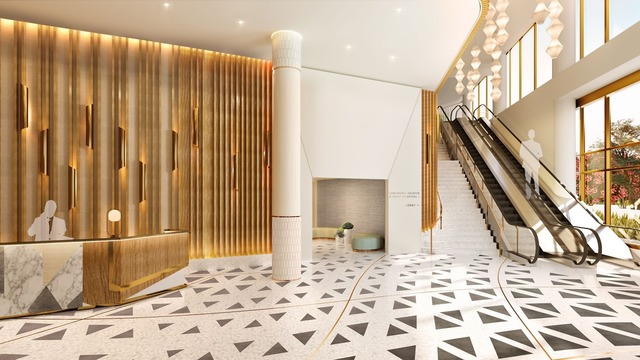 “This expansion is an exciting continuation of our commitment to delivering a best-in-class experience for all resort guests, and is consistent with our recent enhancement of the Dolphin lobbies and resort guest rooms,” said Daniel Tishman, principal and vice chairman of the Tishman firm.

Expected to open in 2020, The Cove’s 349 rooms will give the property more than 2,600 rooms total. If the Swan, Dolphin and Cove are considered one resort, it would be the third largest hotel on Disney property behind the Disney-owned Port Orleans and Pop Century.

Filling the rooms shouldn’t be an issue, as Sawyers predicted to WFTV that Orlando’s final 2018 tourism numbers would hit 75 million visitors, setting another record.

“Demand has really been off the charts,” Sawyers said. “We’re going to do about 5 percent more in occupancy this year than we’ve ever done before.”