The first U.S. version of the highly-anticipated Super Nintendo World will open in 2023 at Universal Studios Hollywood.

#SuperNintendoWorld is opening in 2023 at Universal Studios Hollywood! Level up with exclusive merch at the Feature Presentation store, opening soon. pic.twitter.com/4qh0bDACGN

Construction has been ongoing in the park’s Lower Lot for years, but this is the first time Universal has confirmed what year the land will open. 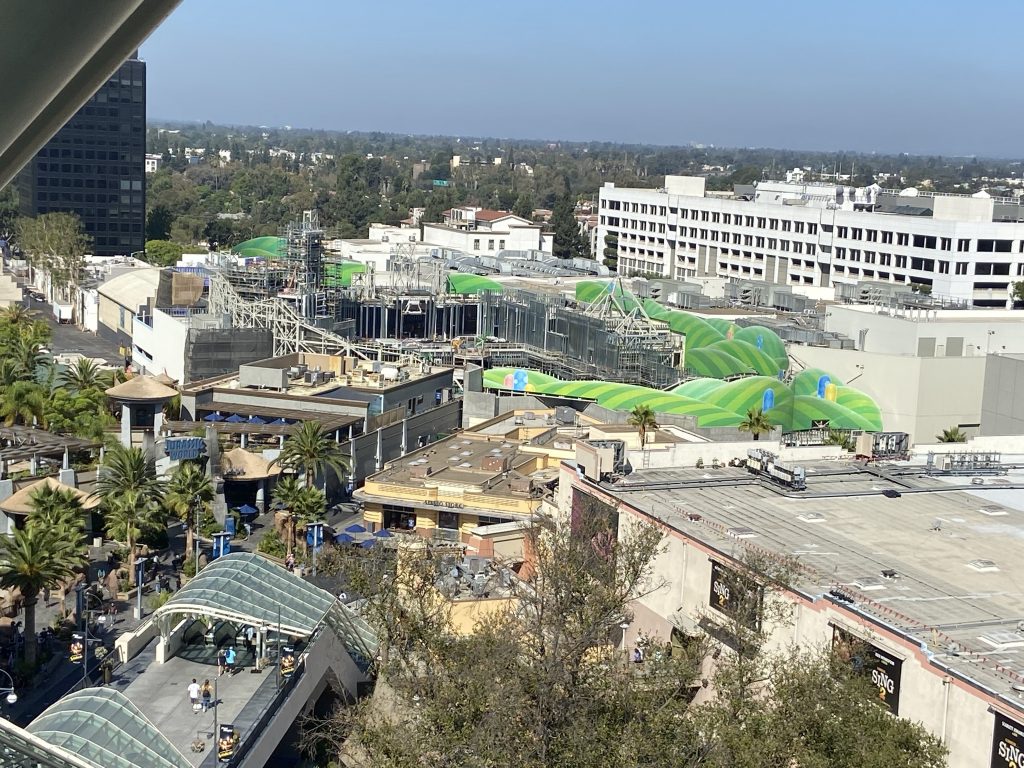 Super Nintendo World opened at Universal Studios Japan in 2021 after a COVID-19-induced delay. That version of the land features two attractions, one themed after Mario Kart and a Yoshi’s Adventure omnimover ride, along with interactive elements, a store and a restaurant. The Hollywood version will be a slimmed-down version and will not feature a copy of Yoshi’s Adventure.

Unlike the Wizarding World of Harry Potter, Universal Hollywood is getting the land before its much bigger cousin in Orlando.

The Florida version of Super Nintendo World will open with the under-construction Epic Universe theme park in 2025 and will be bigger than what is built in Hollywood Along with the Mario Kart and Yoshi’s Adventure rides, that land will also sport a Donkey Kong-themed section with a mine cart roller coaster on opening day. Japan’s Super Nintendo World will open the Donkey Kong section as an expansion in 2024.