Construction on the first U.S. version of Super Nintendo World is well underway at Universal Studios Hollywood, though when the expansion will open is a guessing game at this point.

The land opened first at Universal Studios Japan. Hollywood will get a smaller version, without the Yoshi’s Adventure dark ride, being built in the Lower Lot section of the park. You can catch a glimpse of it when driving up Universal Hollywood Drive off Lankershin Boulevard. 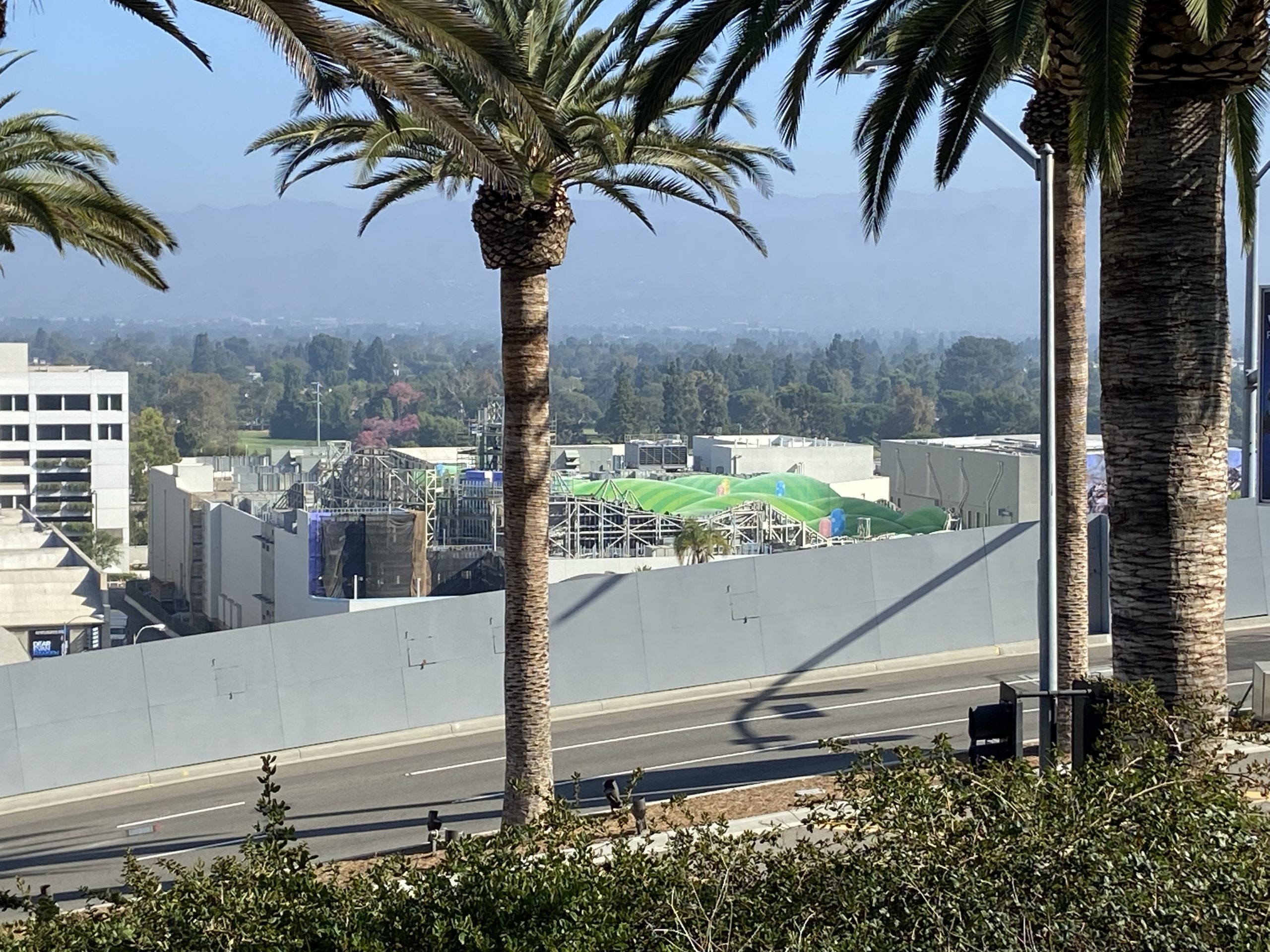 You’ll find a better view at the first landing on the series of escalators connecting the Upper Lot and Lower Lot inside the theme parks. 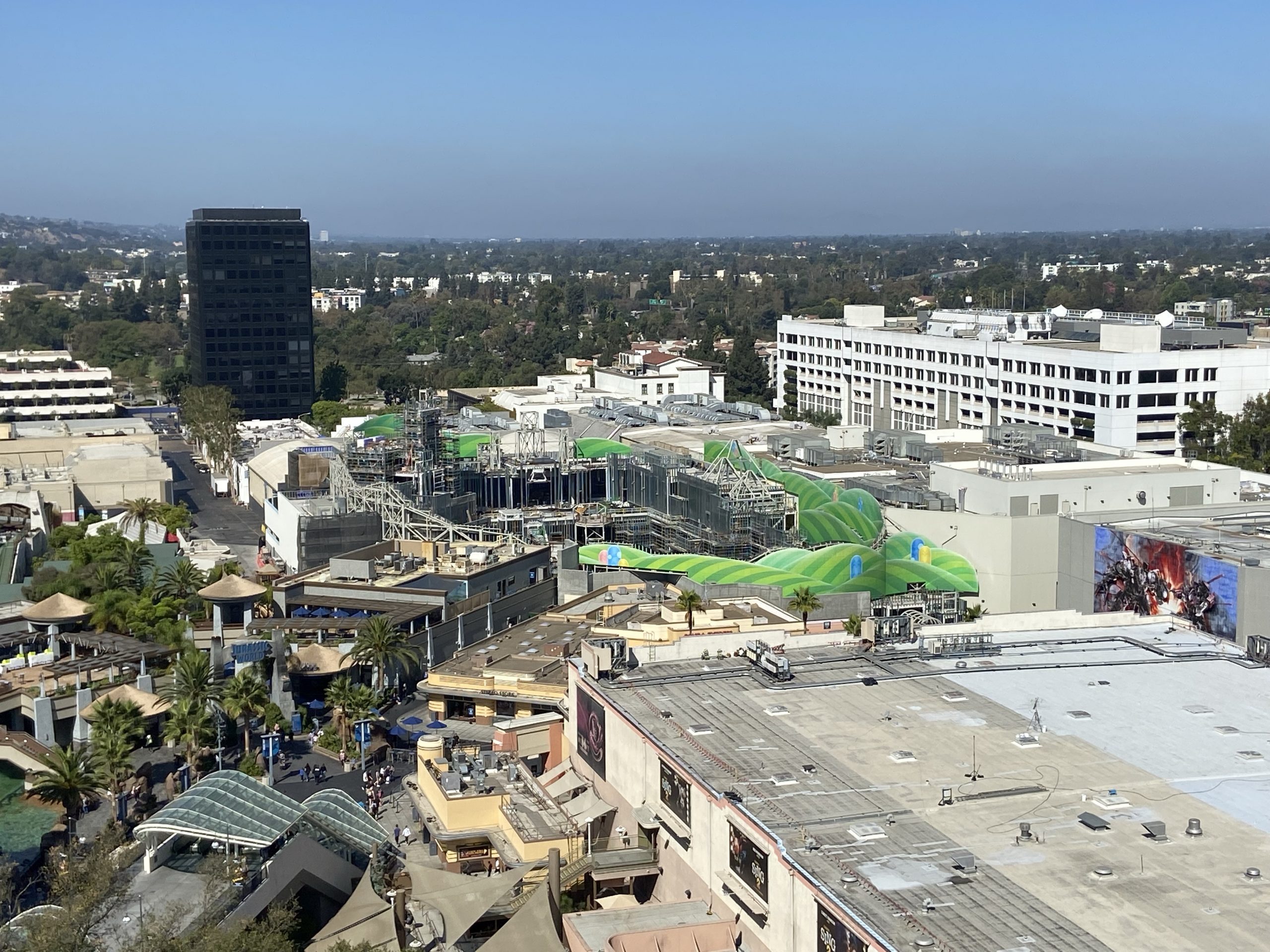 Looking down at the Lower Lot (Theme Park Tribune) 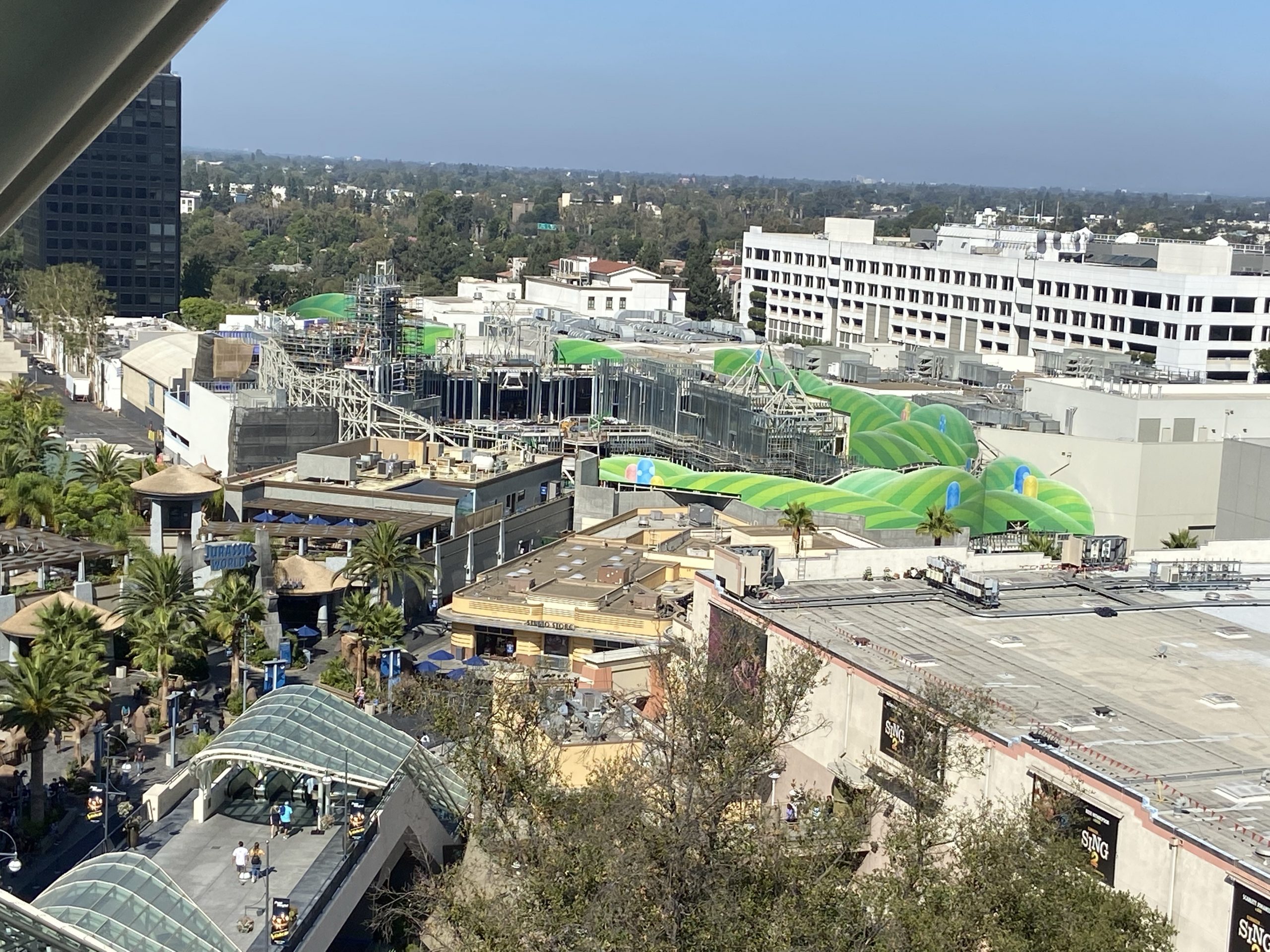 Super Nintendo World will sit alongside Transformers, Jurassic World and The Mummy on the Lower Lot (Theme Park Tribune)

On the next landing between the escalators, if you stand to the far left, you can get another unimpeded view of the construction. 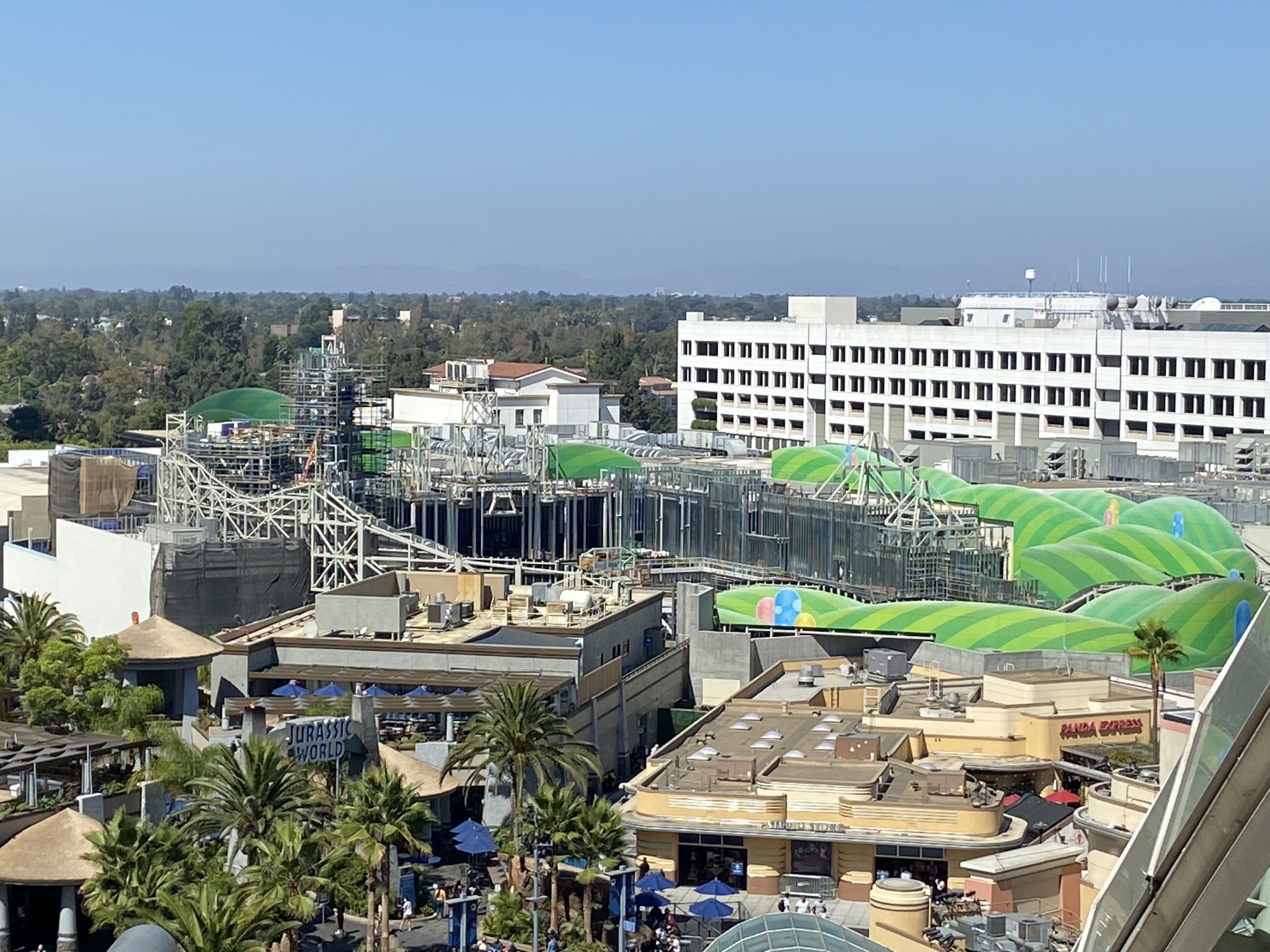 A closer view farther down the escalators (Theme Park Tribune) 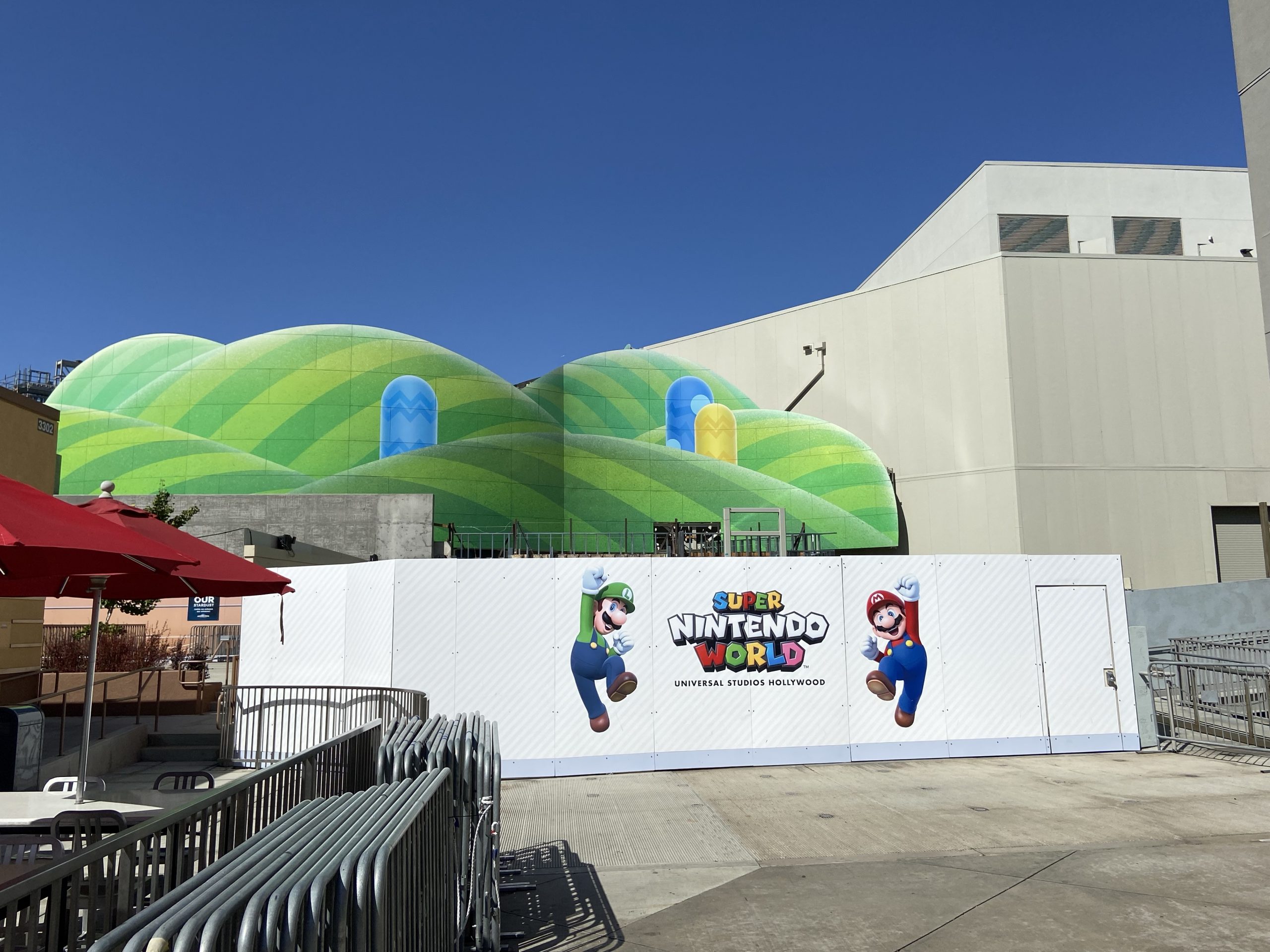 A closer, but less revealing view can be found during the first minutes of the park’s Studio Tour, as you’ll come within feet of the show building that will house the Mario Kart attraction. All your tour guide is likely to say is “this isn’t a soundstage, it’s part of the theme park.” 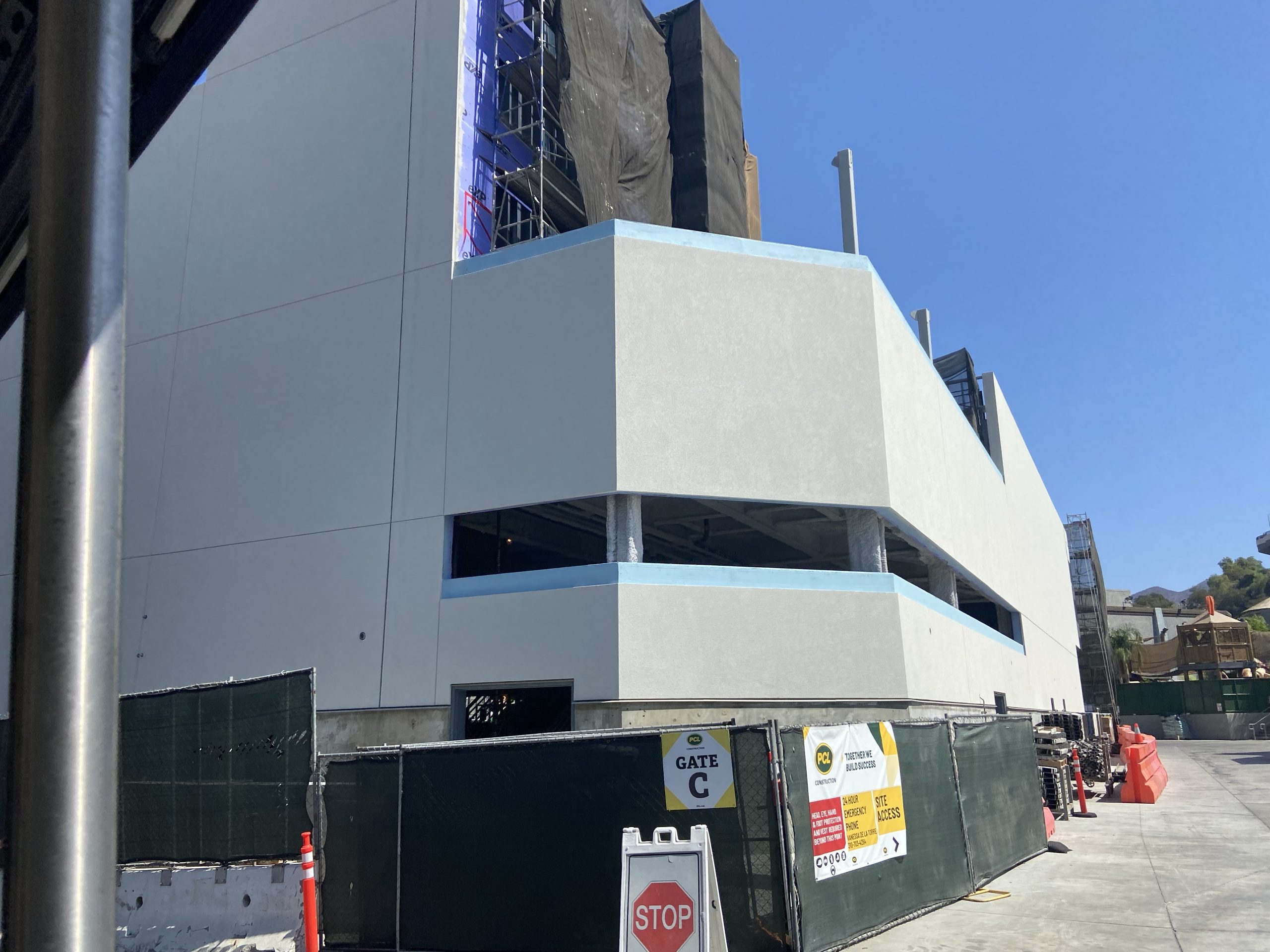 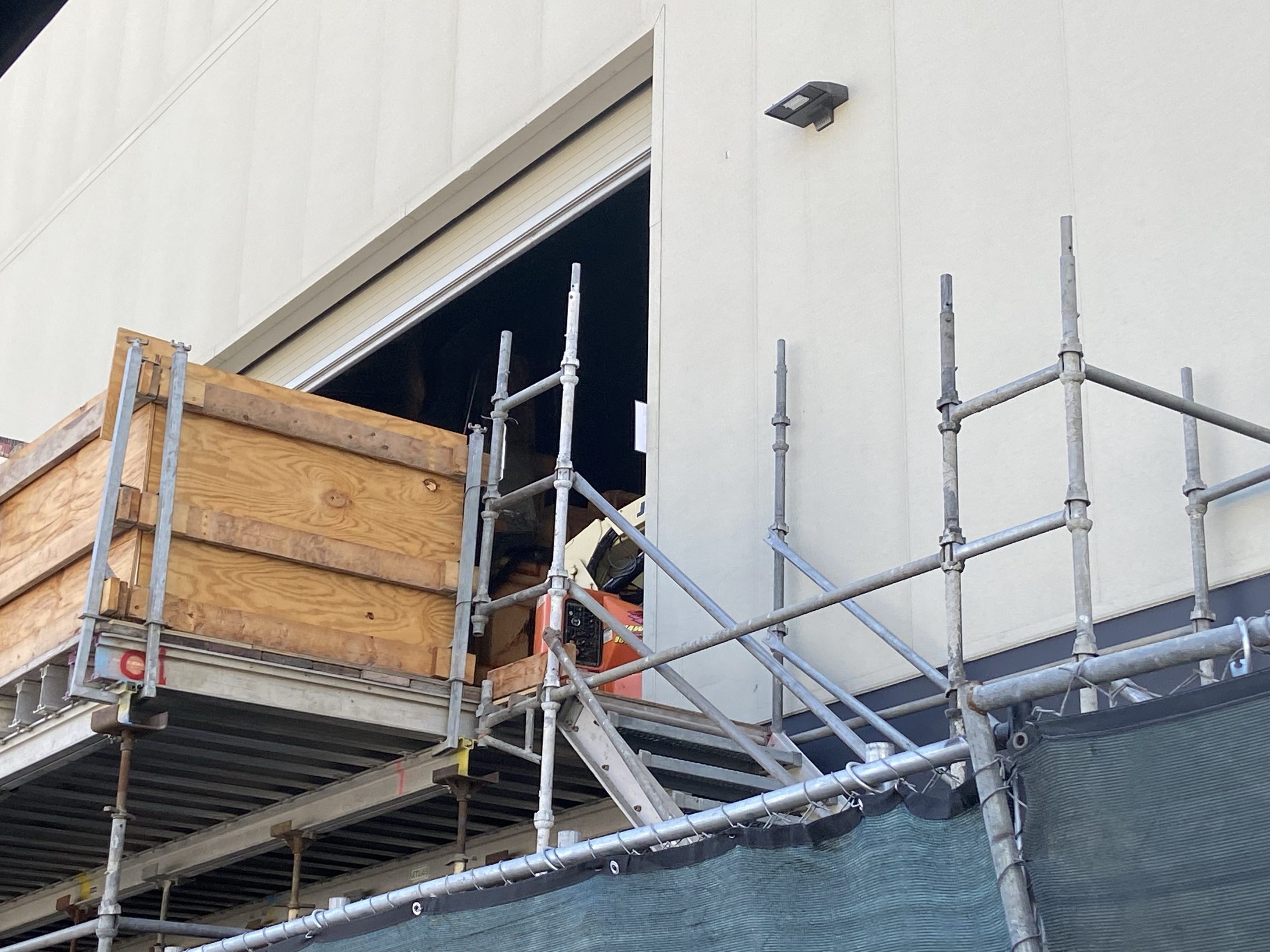 The Japan version of the land can offer some guide to how to measure the Hollywood version’s progress, though an exact timeline is impossible thanks to the pandemic causing delays late in the original version’s construction. In mid-June 2019 — a little less than a year before the land’s original spring 2021 opening — scaffolding had been erected around and above the Mario Kart show building, later being removed to reveal more of the land’s features.

Hollywood has not reached that point yet, as frames are still exposed. We can safely estimate based on this comparison that Hollywood’s Super Nintendo World won’t open until mid-summer 2022, at the earliest, and Universal has not announced any opening month or even year at at this point.

But you don’t need a completed land to sell swag! 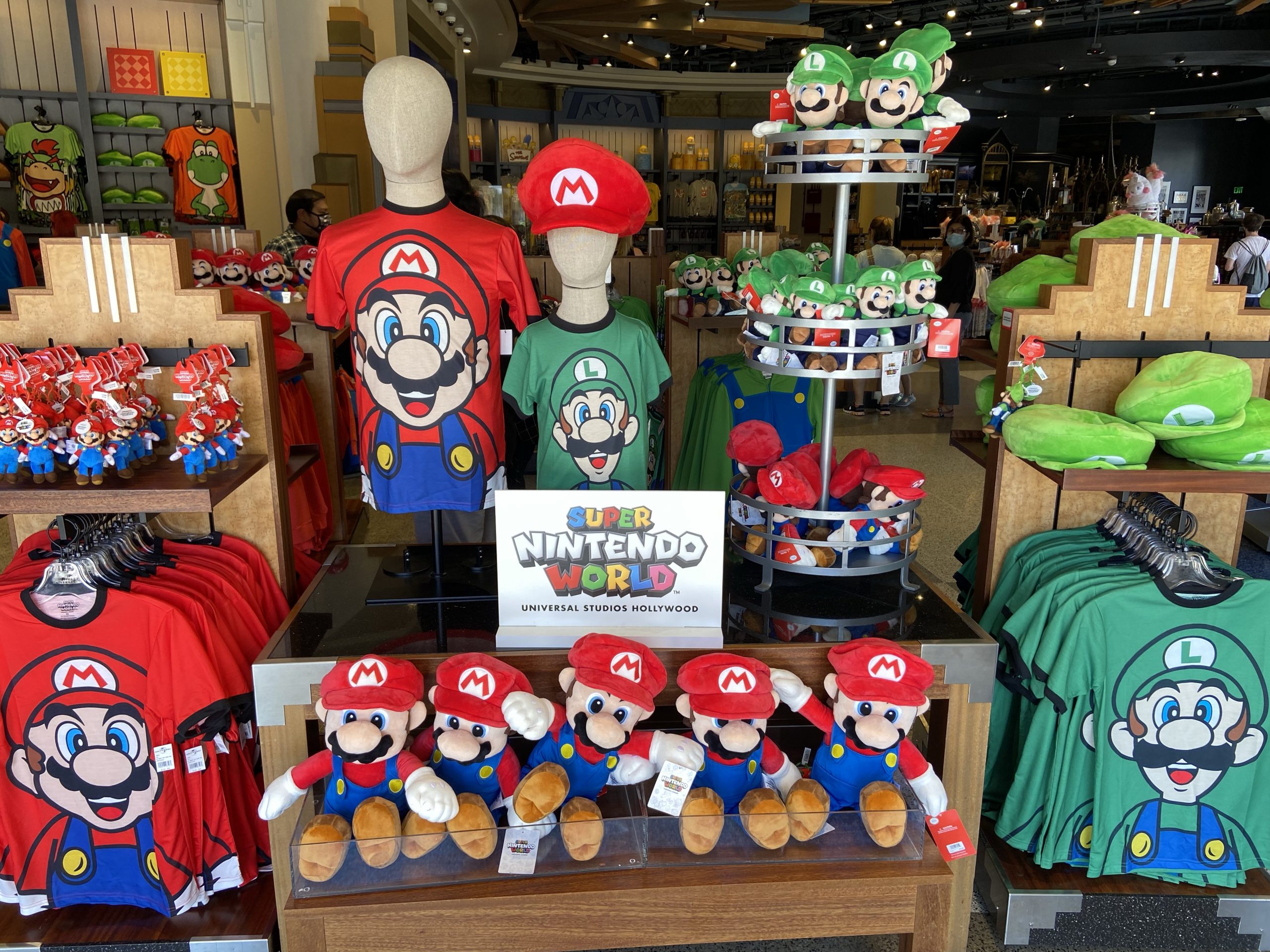 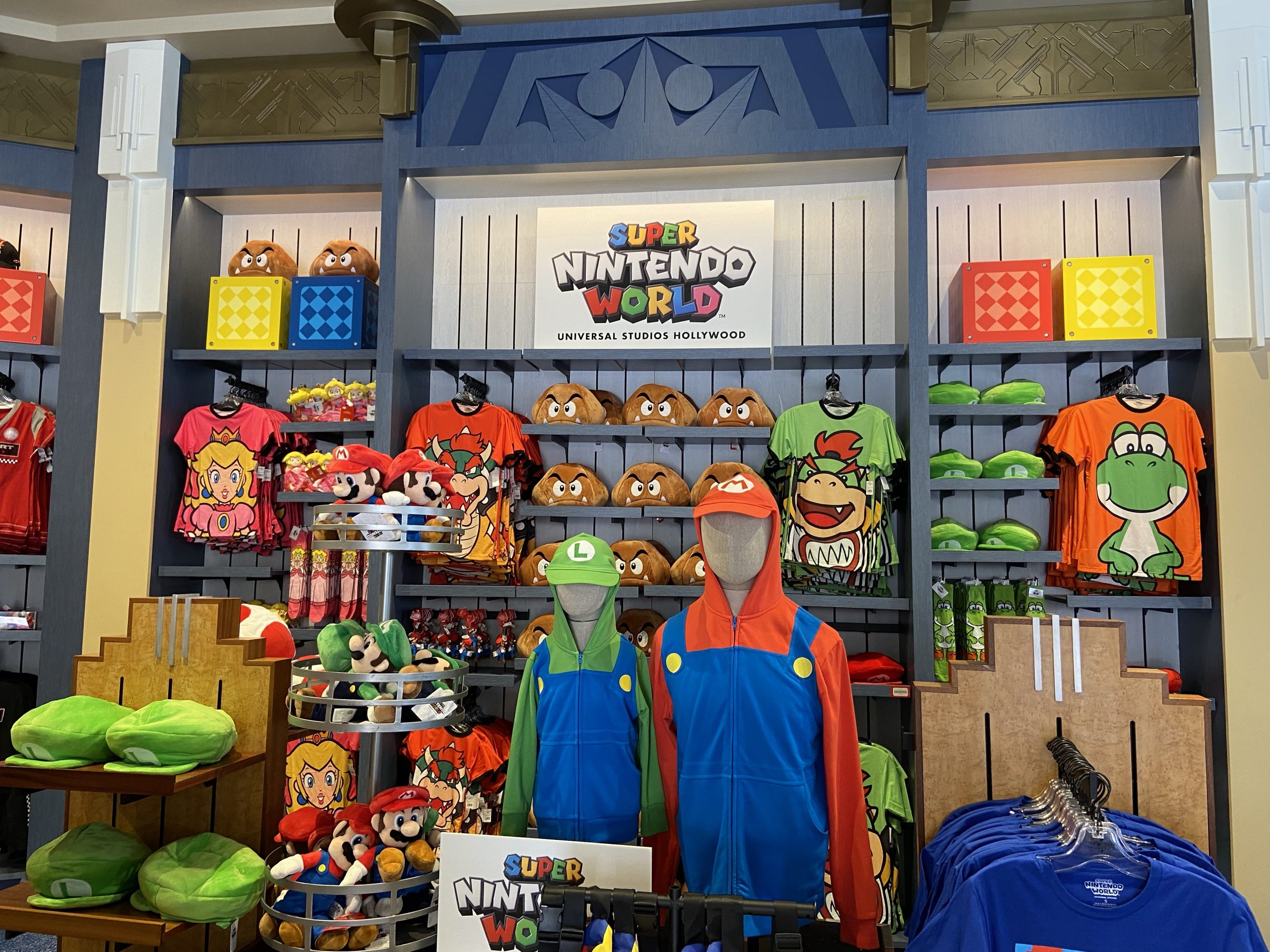 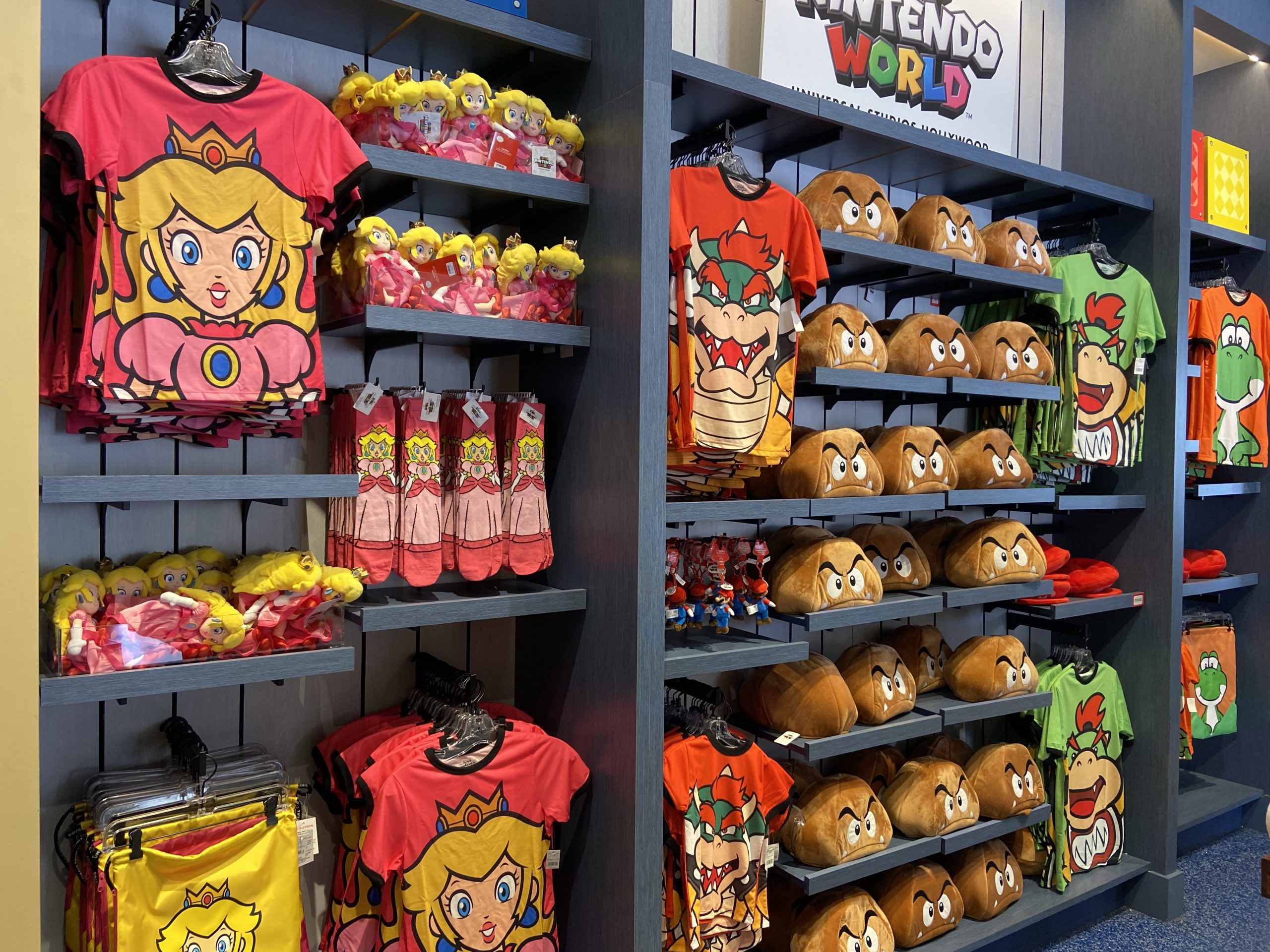 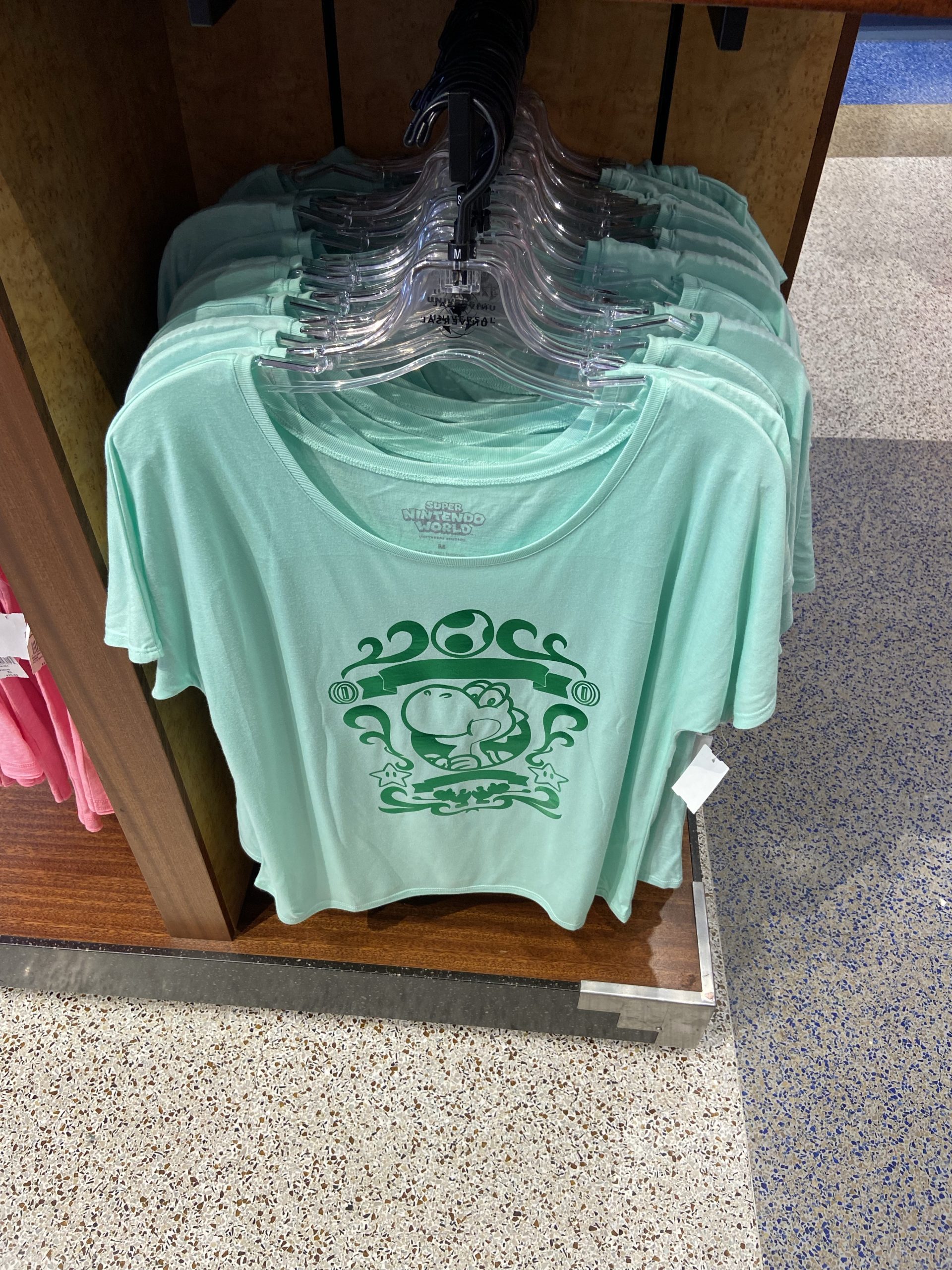 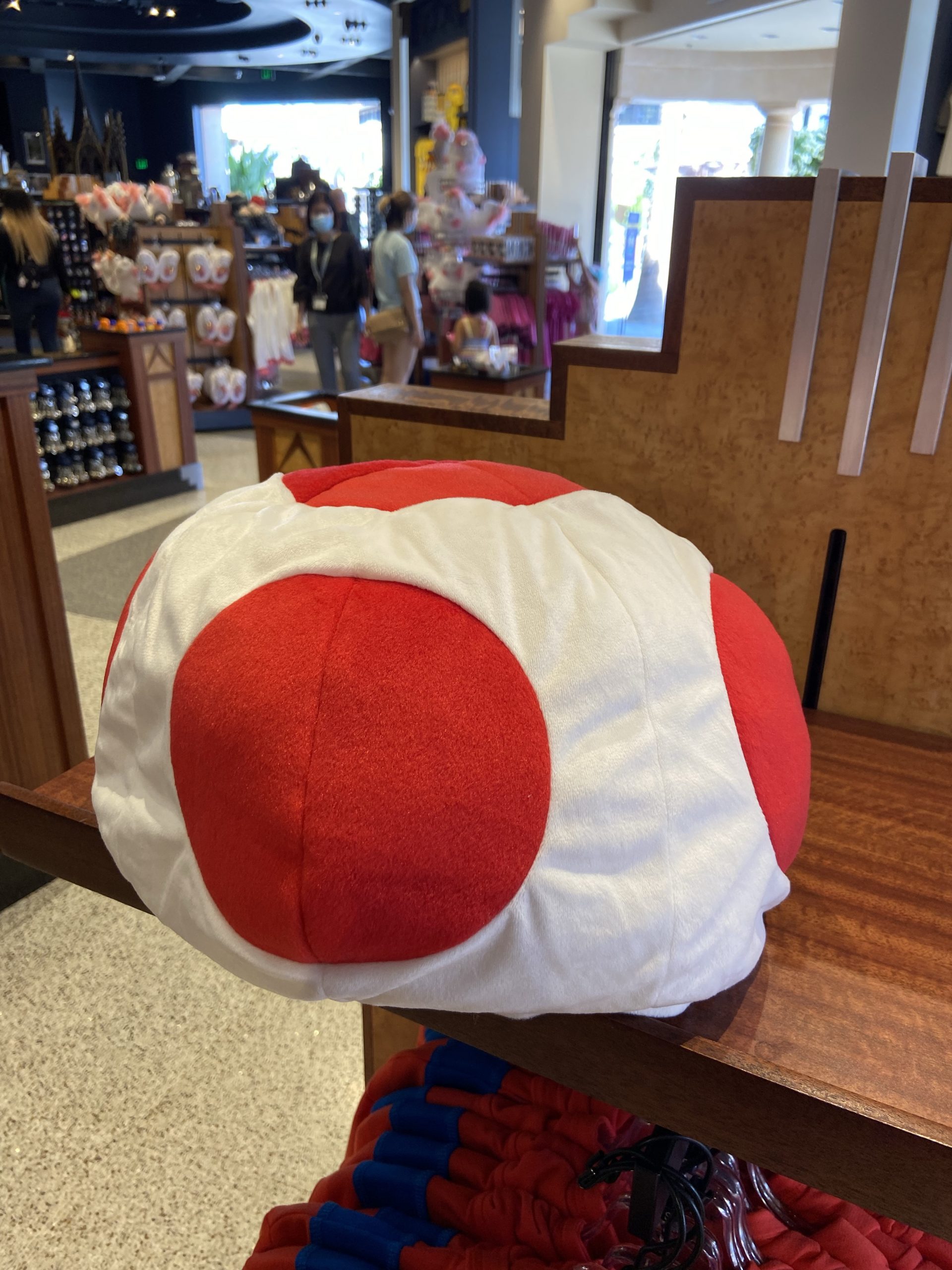 Does this mean Toad IS wearing a hat? (Theme Park Tribune)

One odd note: the endless debate about whether Toad’s signature mushroom is actually a physical part of his body or just a hat apparently doesn’t matter when there’s money to be made. Guests can buy a Toad hat of their own.