It’s time to check up on the progress of Super Nintendo World at Universal Studios Hollywood, which is entering the home stretch of construction.

Thursday was the first time animatronics throughout the land could be seen testing during the day:

Taking a full overview of the land, you can see that most of the figures and animatronics have been installed on Mount Beanpole and throughout the land. 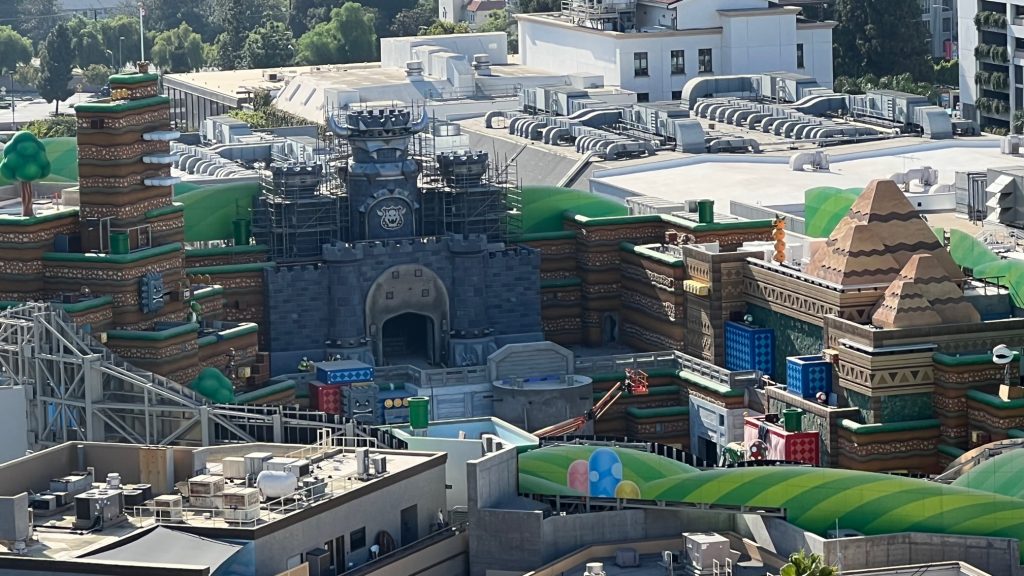 Two smaller flagpoles have been installed as well; one on Mount Beanpole that is very hard to see, unless you are in the land, and the other right next to the small green warp pipe just below the center of the image above. 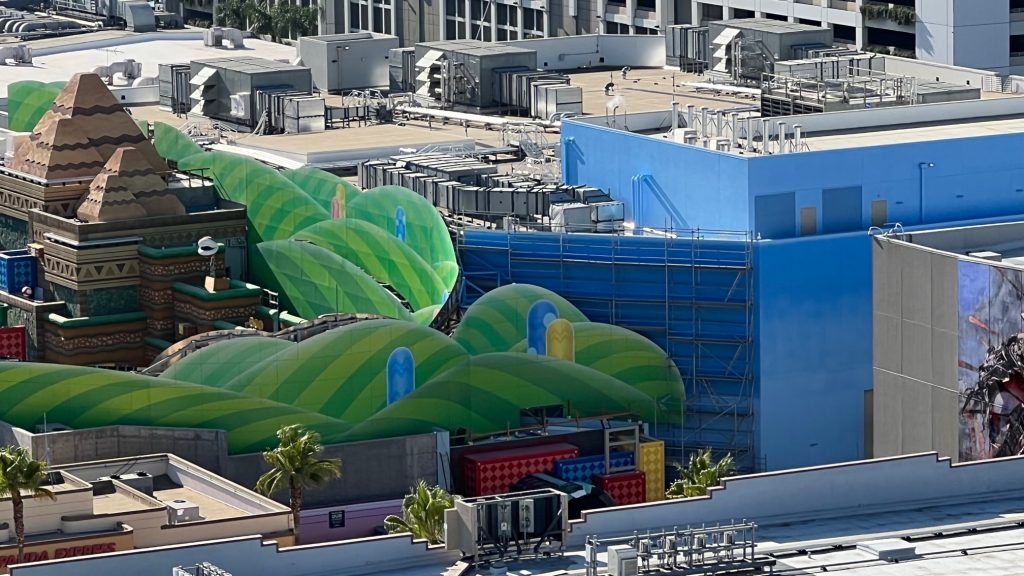 They have also started painting the Mario Kart show building to make it look like a blue sky. Hopefully they will add cloud, and perhaps continue the green hill facade to further obscure the building. 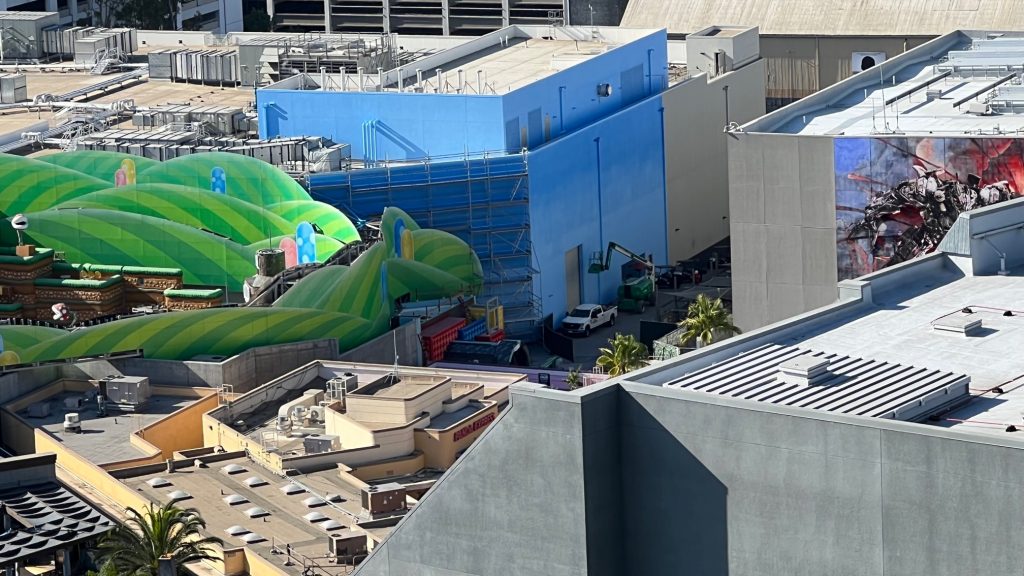 Other than that, the warp pipe entrance and its colorful blocks are almost done and ready for guests to enter and exit through them in the coming months. The warp pipe entrance is likely receiving its final treatment before installation of the green pieces which is very exciting. 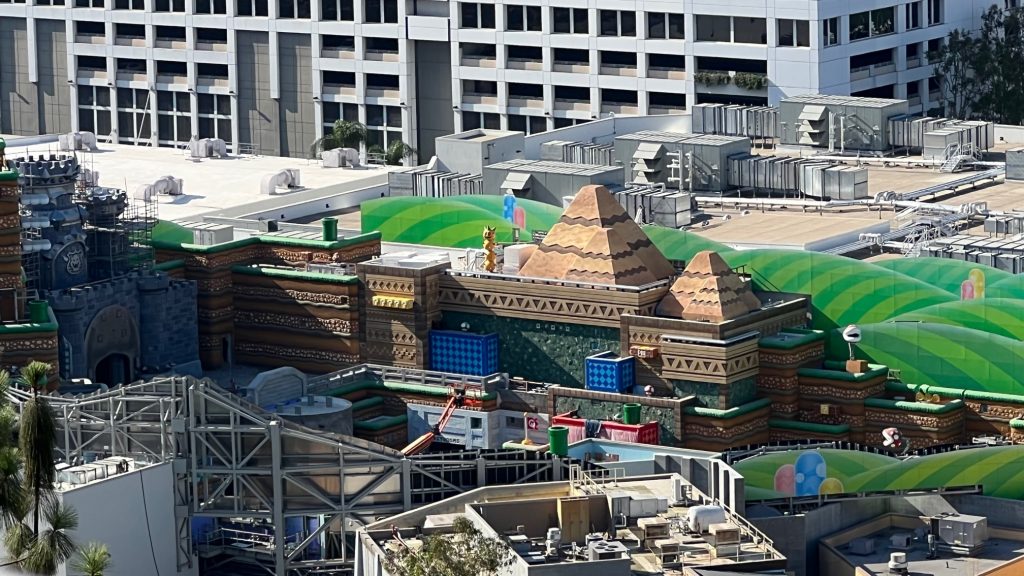 The north side of Super Nintendo World (Ethan Becker)

On the north side of the land, the Pokey animatronic (the cheerful-looking cactus) is in place, alongside a 1-Up mushroom and various color blocks.

Super Nintendo World is still officially set to open at Universal Studios Hollywood early next year. It will be the first U.S. version of the land, ahead of a larger version featuring two additional attractions that will open in Orlando as part of Universal’s new Epic Universe theme park in 2025.