The “Star Wars”-themed hotel under construction across from Disney’s Hollywood Studios is being hyped as a new kind of Disney hotel experience — and that will require a new kind of schedule for guests.

At the D23: Destination D event at Disney’s Contemporary Resort, Disney Parks, Experiences and Consumer Products Chairman Bob Chapek confirmed what many fans had expected, describing the hotel as similar to a multi-day cruise experience.

“Think of it like a cruise aboard one of the most luxurious starships in the galaxy,” Chapek said. 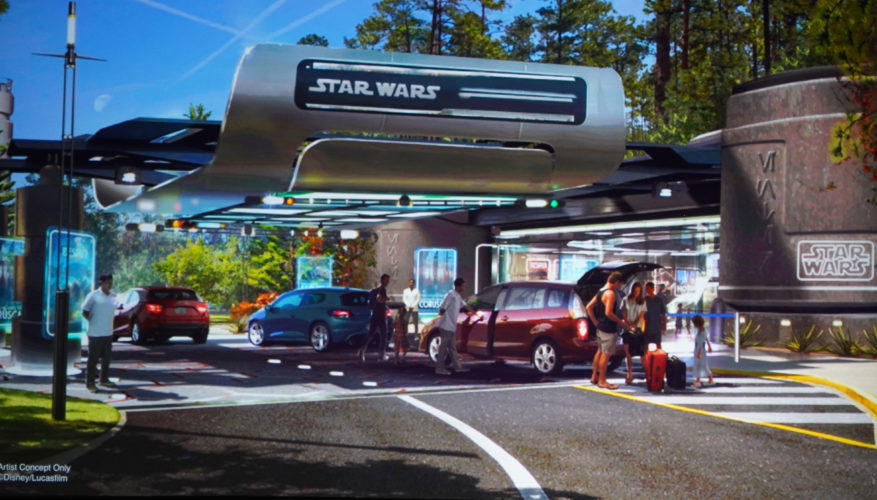 Once inside, hotel guests will board a “pod,” which appeared to be piloted by R2-D2,  that will mark the beginning of the immersive experience by making it feel like they’re being transported into space. Concept art shows rooms will be fitted with virtual views of the galaxy.

“From the moment you board your launch pod, it’s a fully-immersive, multi-day Star Wars adventure aboard a luxury starship complete with high-end dining, space-view cabins and all of the exciting action you would expect from an authentic Star Wars experience,” Disney said in a blog post. 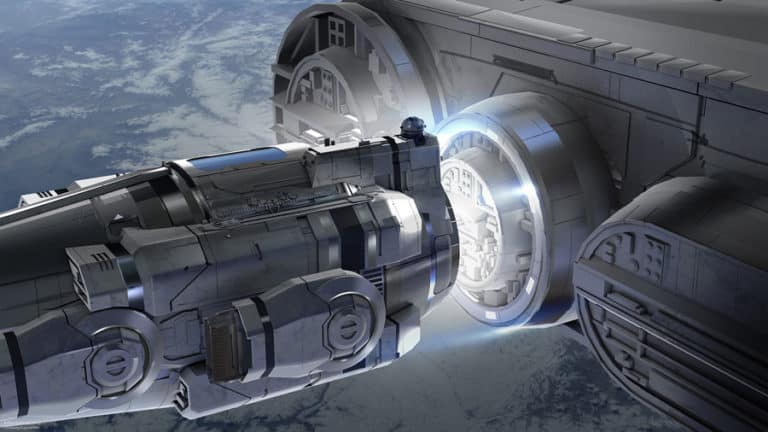 Recent water management permits first reported by Californiacoasterkings.com offered a glimpse into size and layout of the hotel. According to the site, the new resort could offer as few as 68 rooms, divided between regular-sized and a few first-class cabins. Plans also contains references to a table-service restaurant, a buffet, and rooms with intriguing names like “Dojo,” “The Brig,” and “Engineering Room.” 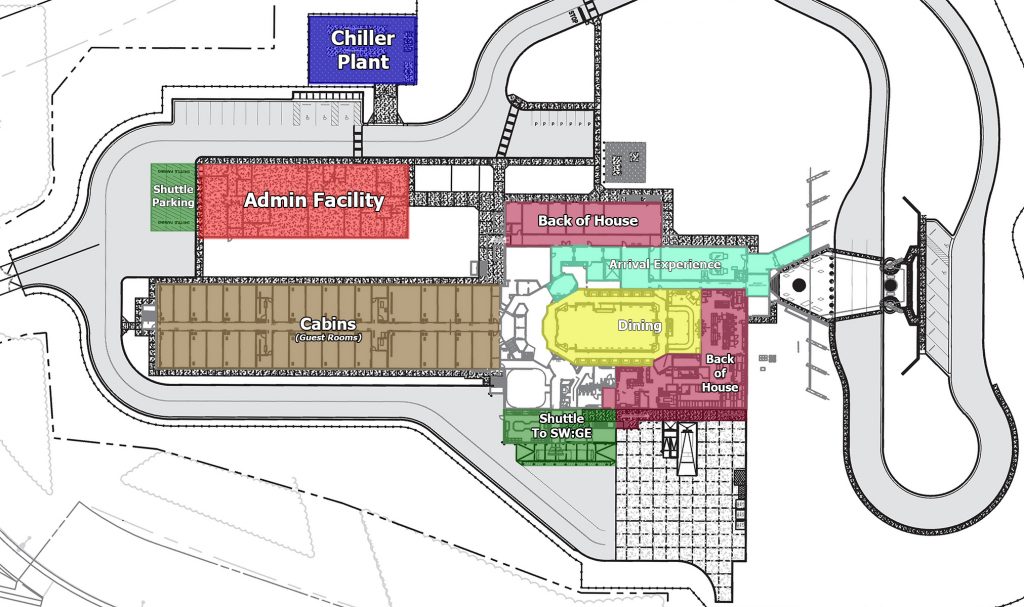 The new hotel will be connected with Star Wars: Galaxy’s Edge, but while that new section of Disney’s Hollywood Studios is set to open in fall 2019, no timeline for the hotel’s opening has been announced.