The Walt Disney World version of Splash Mountain will have its final day of operation on Jan. 22, 2023, in preparation for the ride’s “Princess and the Frog” retheme.

Disney announced the closing date on the official Disney Parks Blog. It also revealed a new piece of concept art for the new attraction, Tiana’s Bayou Adventure, which will open in late 2024. 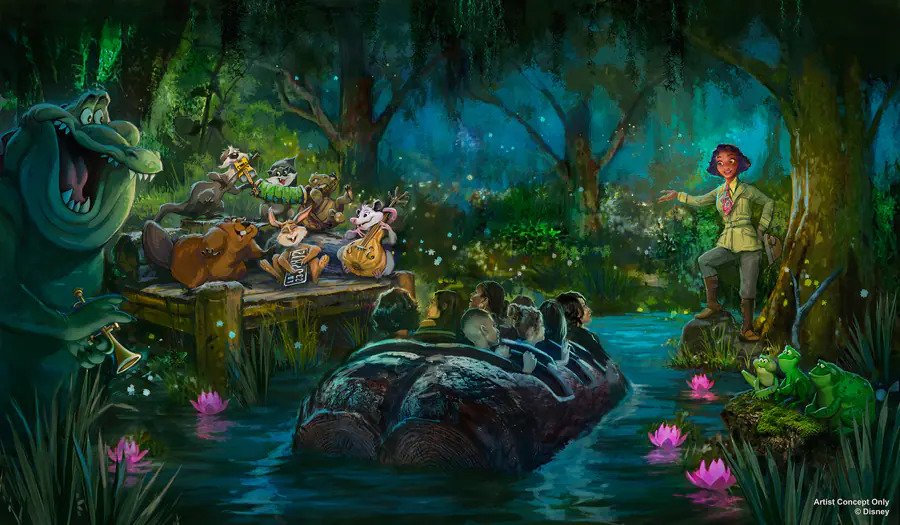 Concept art for a scene in Tiana’s Bayou Adventure (Disney)

The retheme was first announced in summer 2020 amid nationwide protests against racism that followed the murder of George Floyd. Splash Mountain is based on portions of the 1946 “Song of the South,” which was criticized as racist even upon its release — the NAACP said the film “unfortunately gives the impression of an idyllic master-slave relationship which is a distortion of the facts.” While Splash Mountain focuses only on the film’s animated sequences, Disney has been uncomfortable enough with the film that it has never been released for home viewing in the U.S.

Some Splash Mountain have circulated online petitions to maintain the current ride. The long delay between the retheme’s announcement and further information about its opening date led to baseless speculation that the project had been canceled, which only subsided after Disney revealed the late 2024 timeframe at the D23 Expo.

No closing date has been announced for the Disneyland version of Splash Mountain. Dedicated fans of the attraction can still see it at Tokyo Disneyland, which is not yet adopting the “Princess and the Frog” overhaul.