Universal Orlando has announced another of its haunted houses for this fall’s Halloween Horror Nights 28: an original concept called “Slaughter Sinema.”

Playing off the 1980s theme for this year’s event, this house is a Universal creation riffing on B-movie monsters from the decade and themed to look like a decrepit drive-in movie theater.

“As you approach, you’ll see movie trailers of what you’re about to witness, filling you with dread as you make your way inside,” Universal said in its blog post on the new house. “The smell of popcorn will be first to hit your senses as you find yourself in a movie theater snack bar. But from there, it’s all downhill for this double-feature.” 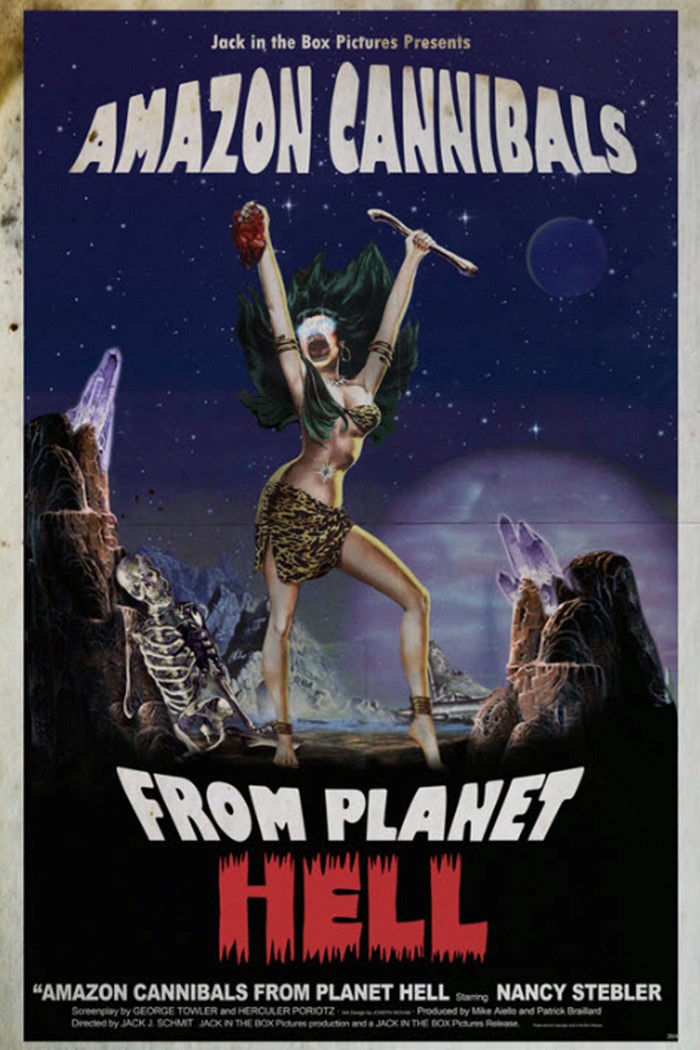 Universal mentioned four original stories which will be featured as “movies” for this haunted theater, complete with their own ‘80s-style posters. These include “Midnight Snacks 2: The House Swarming,” “Amazon Cannibals from Planet Hell,” “The Cult of the Beast Baby” and “Pumpkin Guts.”

“You’ll find yourself screaming through this sinister ‘sinema’ as you try to avoid becoming the snack of alien cannibals, creatures with tons of teeth and a ravenous swamp yeti,” Universal said.

The “Slaughter Sinema” house is the fourth announced for HHN 28. Along with another original concept house, “Dead Exposure: Patient Zero,” will be houses based on the movie “Trick ‘R Treat” and the Netflix series “Stranger Things.” Universal has also announced three scare zones to be placed around Universal Studios Florida as well as confirming the return of the Academy of Villains dance crew.

The pace of announcements continues to beat the 2017 edition of the event, when it took until the end of July for Universal to announce three houses.

The first night of Halloween Horror Nights 28 is set for Sept. 14, though guests have already reported seeing a house under construction in the extended queue for Men in Black: Alien Attack. The event will then take over Universal Studios Florida on select nights through Nov. 3.