In a surprise Saturday announcement, Six Flags Fiesta Texas revealed that the park will be adding a first-of-its-kind family racing coaster in 2023. 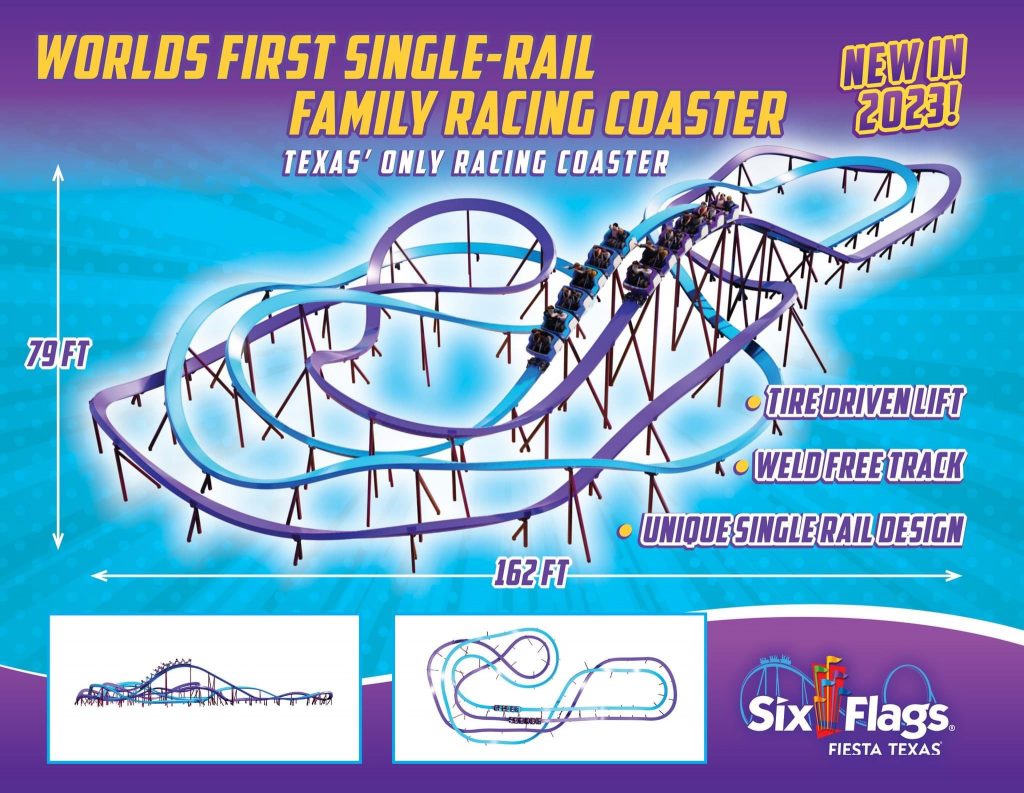 The still-unnamed attraction will consist of two single-rail P’Sghetti Bowl coaster tracks made by Orlando-based Skyline Attractions. Designed for families, the coaster will have a 36-inch height requirement, will be able to seat either two children or an adult and a child in each of its rows and will span a combined 1,124 feet over its two tracks.

LED panels will be used on the coaster itself – a visual enhancement that Skyline showed off at last month’s IAAPA Expo. 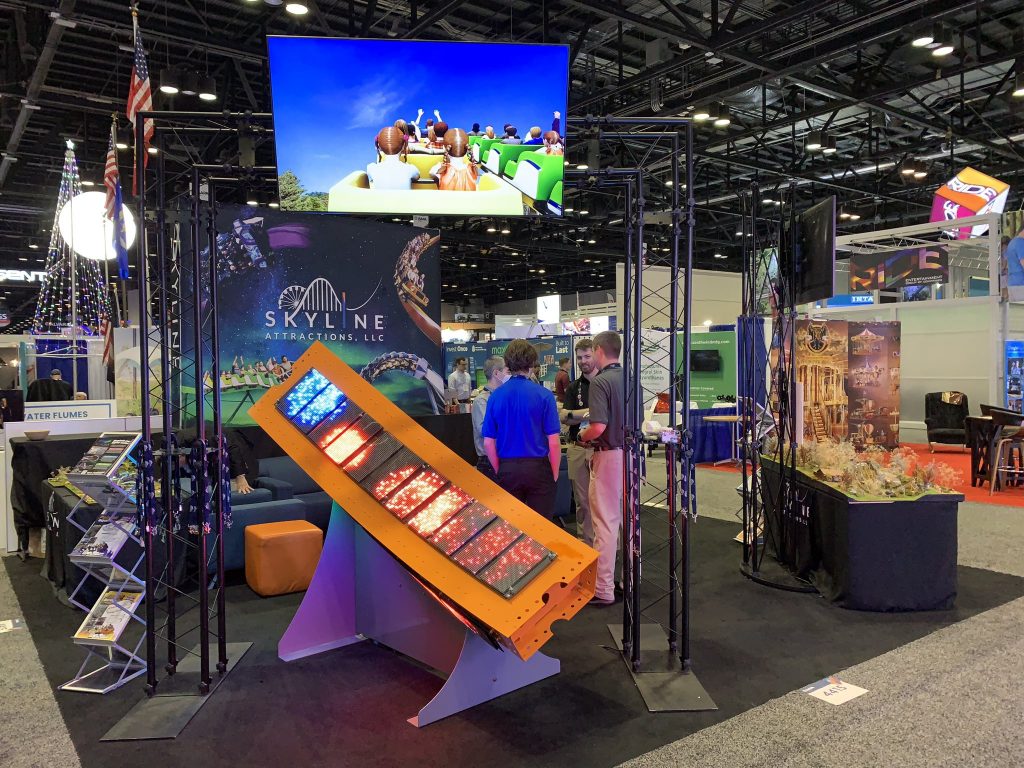 “This ride is going to be a great addition to the Six Flags Fiesta Texas line-up,” Dan Peak, Skyline Attractions partner and director of structural engineering, said in a press release. “It’s accessible to younger riders while remaining fun for the whole family. My two young boys love rides and I can’t wait to ride it with them when it opens next year.”

The design was actually revealed weeks ago by Skyline via Twitter, as the racing coaster is one of the off-the-shelf P’Sghetti Bowl models offered by the company:

The announcement came at a Fiesta Texas fan event on Saturday. It’s rare for reveals like these to be made on a weekend, but more importantly, the surprise marks a shift in strategy for Six Flags.

Since Selim Bassoul took over as Six Flags in November 2021, the chain has focused on raising prices and promises of improving guest experience rather than building new rides. While guest spending has increased, attendance dropped significantly in 2022. Bassoul said on the Nov. 10 earnings call that for 2023, the chain’s focus would remain on “in-park amenities and events” but that new coasters would be coming “over time.”

However, at the IAAPA Expo the following week, Six Flags parks were in shopping mode. Theme Park Tribune heard from sources on the show floor that Six Flags representatives met with multiple coaster manufacturers, including Bolliger & Mabillard and Premier Rides, as well as Skyline.

While it’s common for theme park chains to have such meetings at IAAPA (in fact, it’s one of the major reasons that the convention exists), Six Flags was reportedly more aggressive than usual in seeking out new rides and were seeking quick installations. The official Six Flags Twitter account even posted a picture from the Skyline booth at IAAPA, telegraphing Saturday’s announcement and signaling to disgruntled Six Flags fans that new rides were indeed coming:

JUST IN: Team #SixFlags is wrapping up their week at @IAAPAHQ and leaving with lots of surprises to be revealed soon! #IAAPA2022 #IAAPAexpos pic.twitter.com/g4OzkRYNYn

This will be the second straight year that Six Flags Fiesta Texas receives a new coaster. The San Antonio park was one of only two in the Six Flags chain to receive a new coaster this past year with the B&M dive coaster Dr. Diabolical’s Cliffhanger.

The only other coaster scheduled to debut in the chain next year is Aquaman: Power Wave at Six Flags Over Texas.