Six Flags Magic Mountain will be home to 20 roller coasters when it opens Wonder Woman Flight of Courage in summer 2022.

The new coaster will be a single-rail Raptor model from Rocky Mountain Construction, the company behind hybrid wood-and-steel coasters like Magic Mountain’s own Twisted Colossus. Befitting the park’s reputation for record-breaking coasters, it will be the tallest (131 feet) and longest (3,300 feet of track) of its kind.

Other stats for the coaster include:

“This is an historic milestone for our park as we introduce the latest addition to our unrivaled coaster dynasty, Wonder Woman Flight of Courage,” said Magic Mountain park president Don McCoy. “Not only is this a record-breaking single-rail coaster, it brings Six Flags Magic Mountain’s coaster count to an unprecedented twenty, the most in the world.” 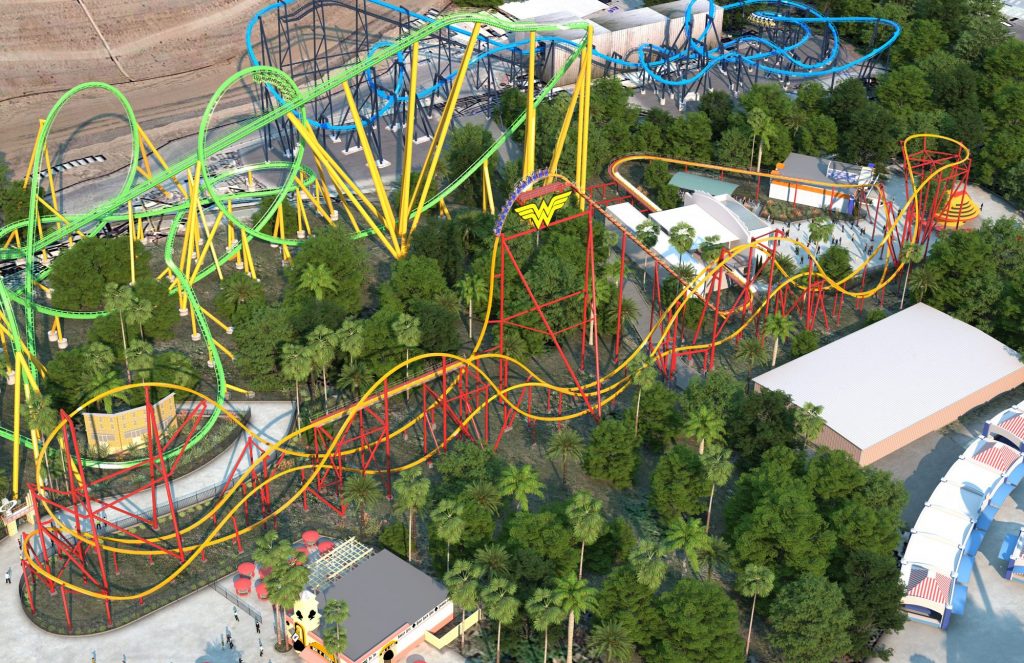 The park already held the record for most coasters in a single theme park, having last opened West Coast Racers in December 2019. It came close to technically having 20 coasters, as Green Lantern: First Flight was demolished months before West Coast Racers’ opening, but hadn’t been in operation since 2017. 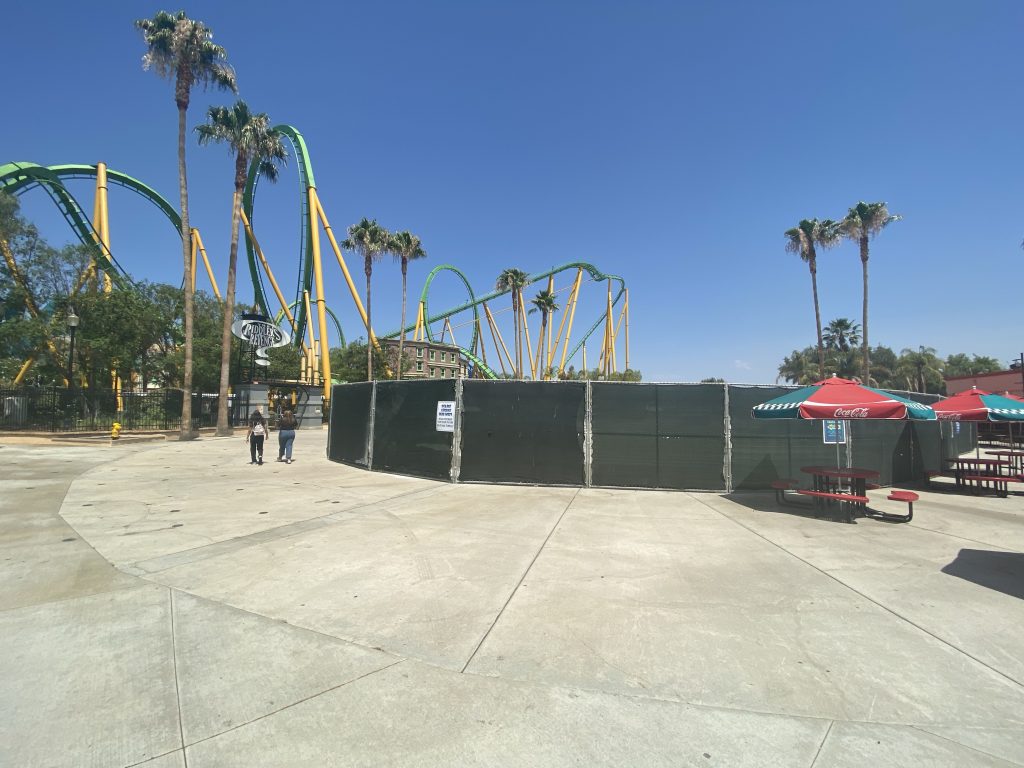 The ride is being built on what was once the Tidal Wave water ride, with First Flight’s footprint being taken over by the new coaster’s entrance area. Six Flags’ press release says the attraction will feature a “themed entrance portal and queue inspired by the hidden island of Themyscira,” Wonder Woman’s home.

Magic Mountain is also promising an expansion and remodel of the existing DC Universe area of the park, including a new restaurant and bar and retail locations “featuring exclusive DC branded merchandise,” according to the press release.

Correction: A previous version of this article inaccurately stated that the Wonder Woman Flight of Courage would be the fastest single-rail coaster. It will be the tallest and longest, but not the fastest. Theme Park Tribune apologizes for the error.