Six Flags Great America hasn’t announced a new attraction for 2022, but one of its roller coaster looks to have completed part of its retheming.

Vertical Velocity closed in September 2021, with a sign that clearly teased a renaming of the ride to reference DC Comics speedster The Flash. Another Intamin Impulse coaster at Six Flags Discovery Kingdom was rebranded The Flash: Vertical Velocity in 2019.

On the last night of Great America’s Holiday in the Park event for 2021, we took a closer look at the coaster. The repainting of the coaster supports and station look to be complete. 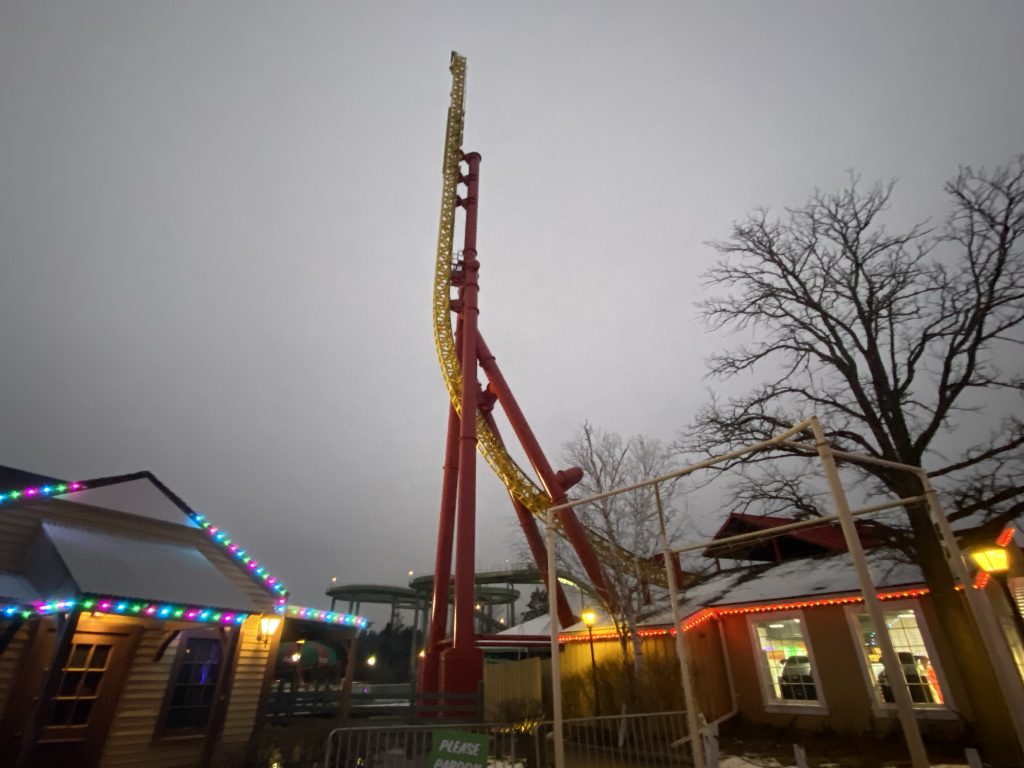 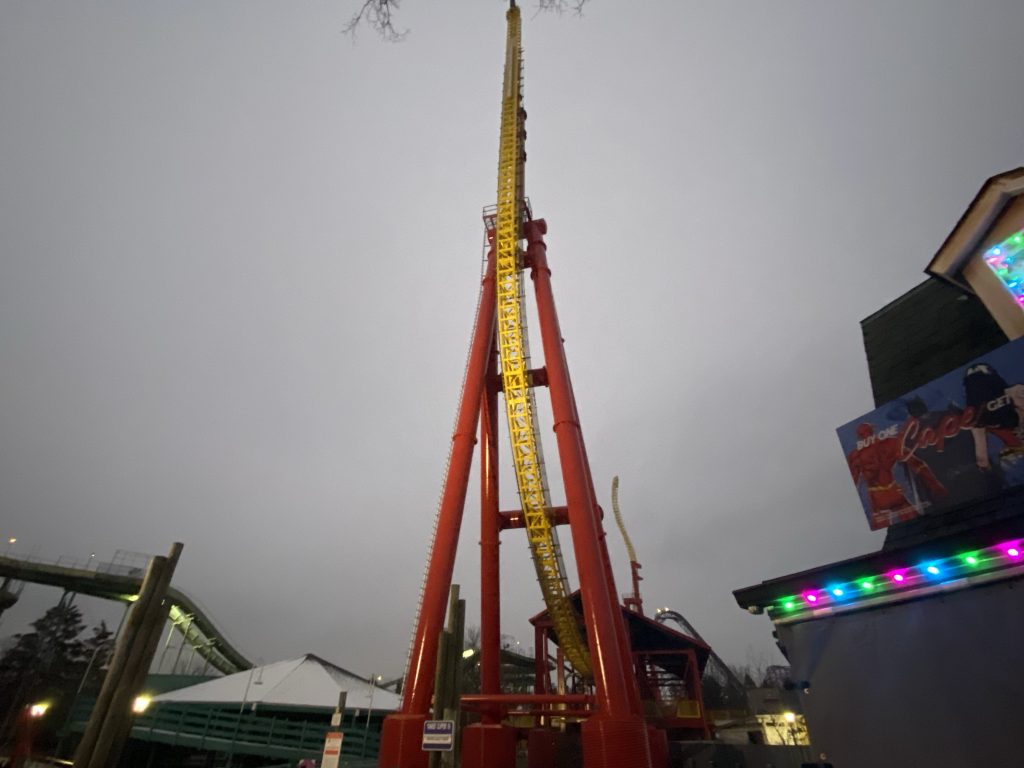 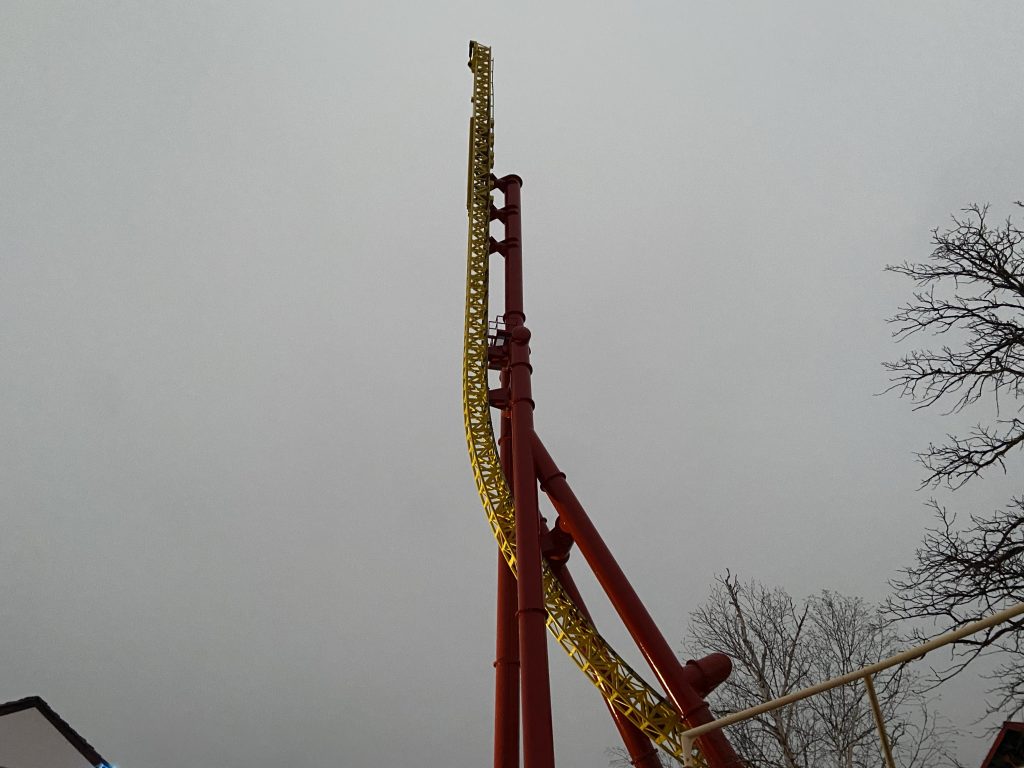 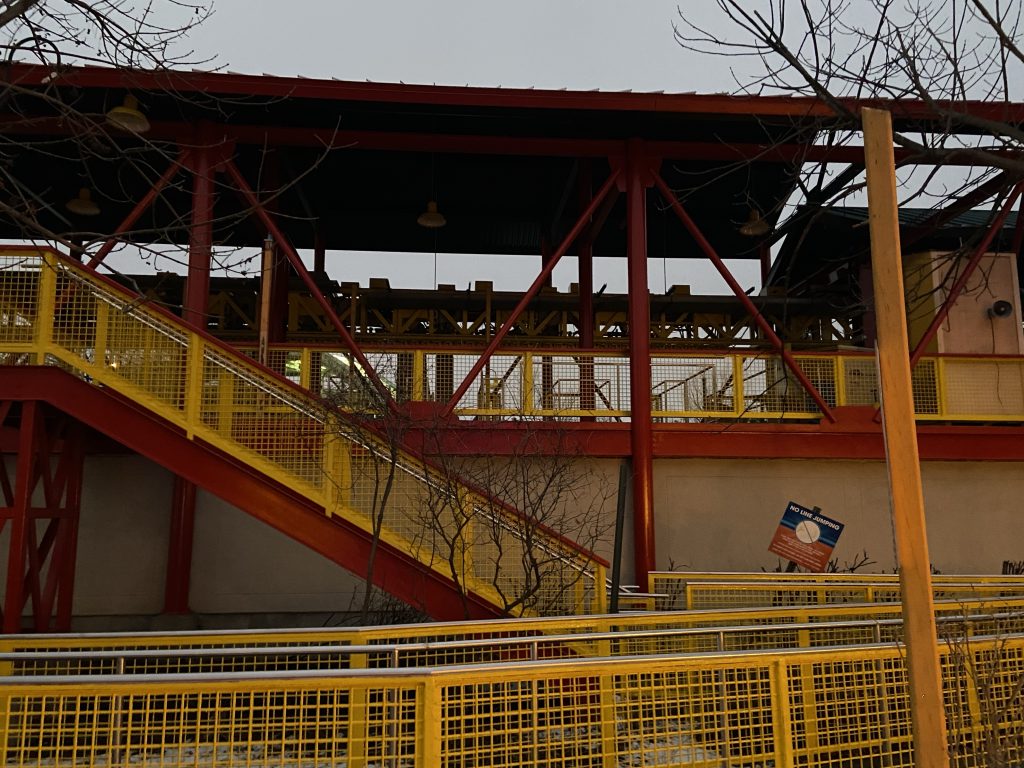 Signage at the attraction’s entrance, however, has not been changed. 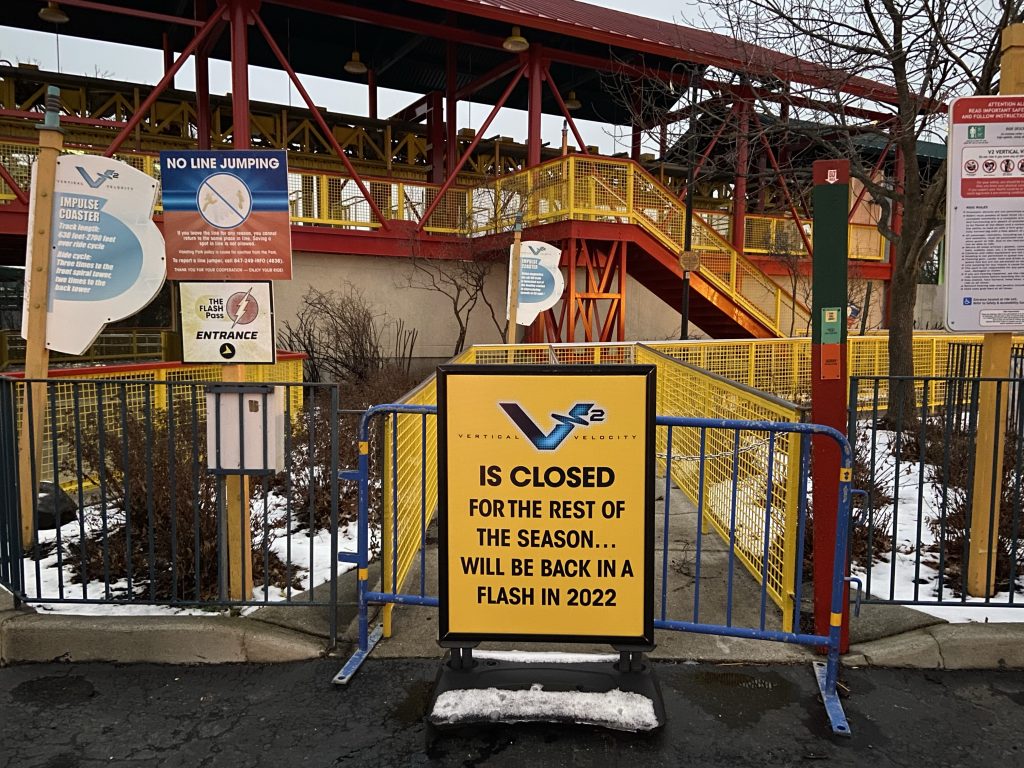 Discovery Kingdom had also rebranded the area surrounding its Flash coaster as DC Universe as part of the 2019 name change. At Great America, Vertical Velocity is located in the Yankee Harbor section, which does contain major DC-themed attractions like The Joker and the original Batman: The Ride inverted coaster, along with two rides dating to the park’s 1976 opening: the Whirligig swinger and the Yankee Clipper log flume.

Six Flags Great America has yet to announce an opening date for its 2022 season.