One of the original sections of Six Flags Great America is no more, as the park announced that it would be rechristened DC Universe for the park’s 2022 season.

Yankee Harbor, which debuted along with what was then called Marriott’s Great America in 1976, was already home to Batman: The Ride and The Joker roller coasters. To complete the makeover into DC Universe, three existing rides are being rethemed with DC Comics superheroes:

Yankee Clipper and Whirligig also date to the park’s 1976 opening. Food locations in the section will also get a DC retheme. Steelworks Pub will feature a new beer garden and patio, with menu items that include Dole Whip, Oreo Funnel Cake Sundaes, and Buffalo Chicken Mac ‘n Cheese, according to a park press release. 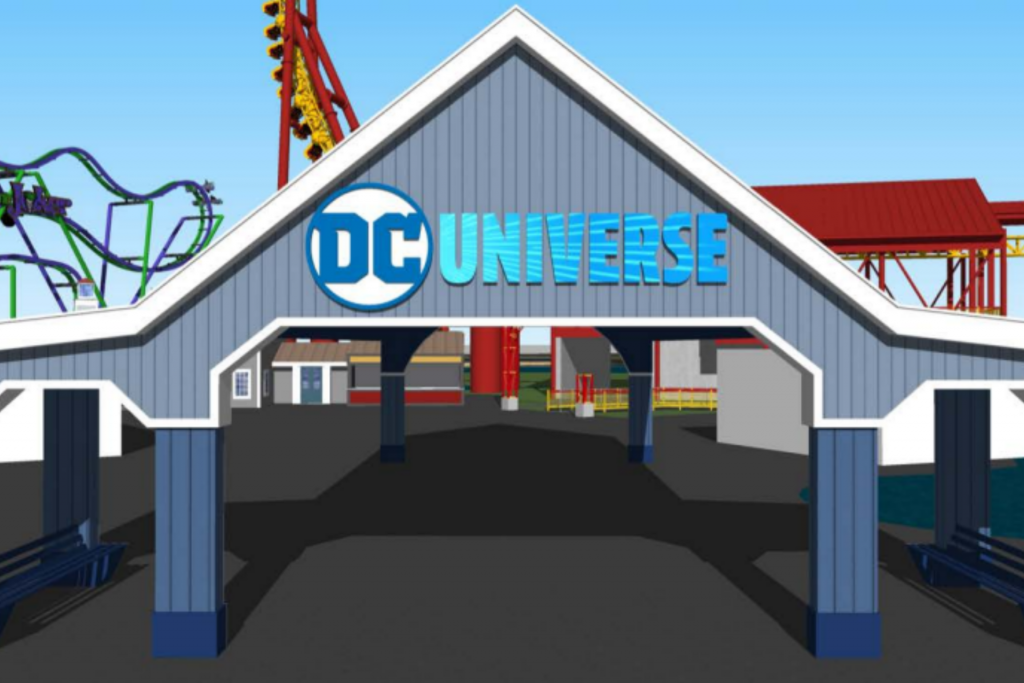 “Six Flags Great America prides itself on bringing guests new, innovative and thrilling experiences each season,” Great America park president John Krajnak said in a statement. “DC Universe is the largest and most exciting park enhancement in recent memory. This newly branded area brings together some of DC’s most iconic Super Heroes and Super-Villains for an exhilarating and immersive experience.”

Signs of this change were obvious during Great America’s Holiday in the Park event. As Theme Park Tribune reported during its final visit of the 2021 season, Vertical Velocity was already sporting a new Flash-inspired paint job. When Six Flags Discovery Kingdom renamed its own Vertical Velocity coaster in 2019, it also rethemed the surrounding area to DC Universe. 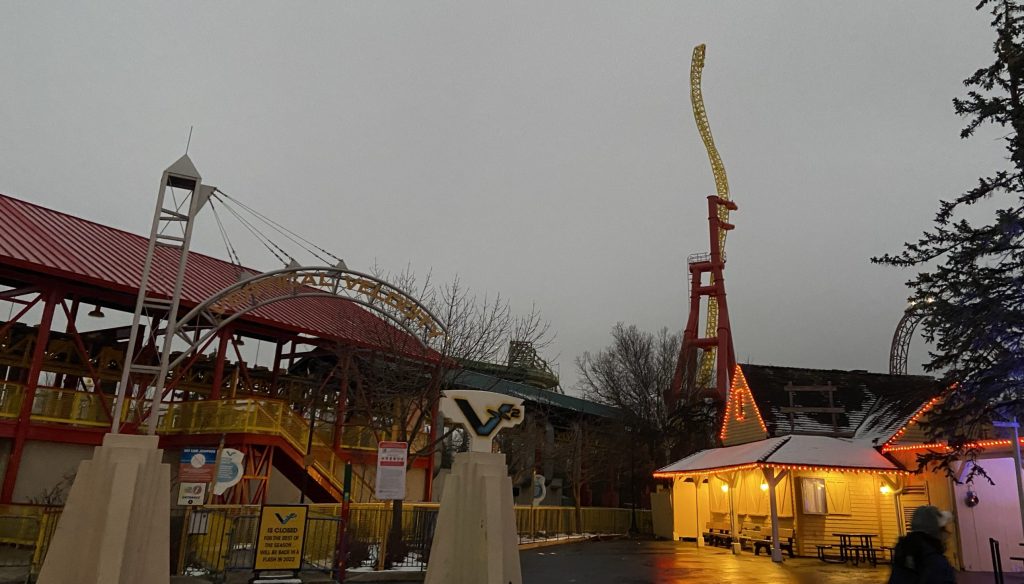 The Flash: Vertical Velocity as it appeared in December 2021 (Theme Park Tribune)

No new attraction is scheduled to open at the Gurnee, Illinois park this year. Its last major addition was the Maxx Force launch coaster in 2019.

Six Flags Great America will open for its 2022 season on April 15.