The park is being built out of what was Aquatica San Diego, located in Chula Vista, California, about a 22-mile drive away from SeaWorld San Diego. While “Sesame Street” areas exist in other SeaWorld parks, including the land that opened in Orlando in 2019, this will be the second park in the U.S. dedicated solely to the legendary children’s TV show, and the first on the West Coast.

“This is an exciting milestone for our company, as this is the second Sesame Place in the United States and the first new theme park we’ve opened since 2013,” SeaWorld CEO Marc Swanson said in a press release. “We are thrilled to debut this new park and add a premiere tourist destination to California that is so appealing to families. Having spent part of my career with this company at the original Sesame Place in Pennsylvania and being part of its success, I’m looking forward to continuing the legacy on the West Coast and providing a fun place to visit where life-long memories are created as fans experience what they love about the iconic show in a new way.” 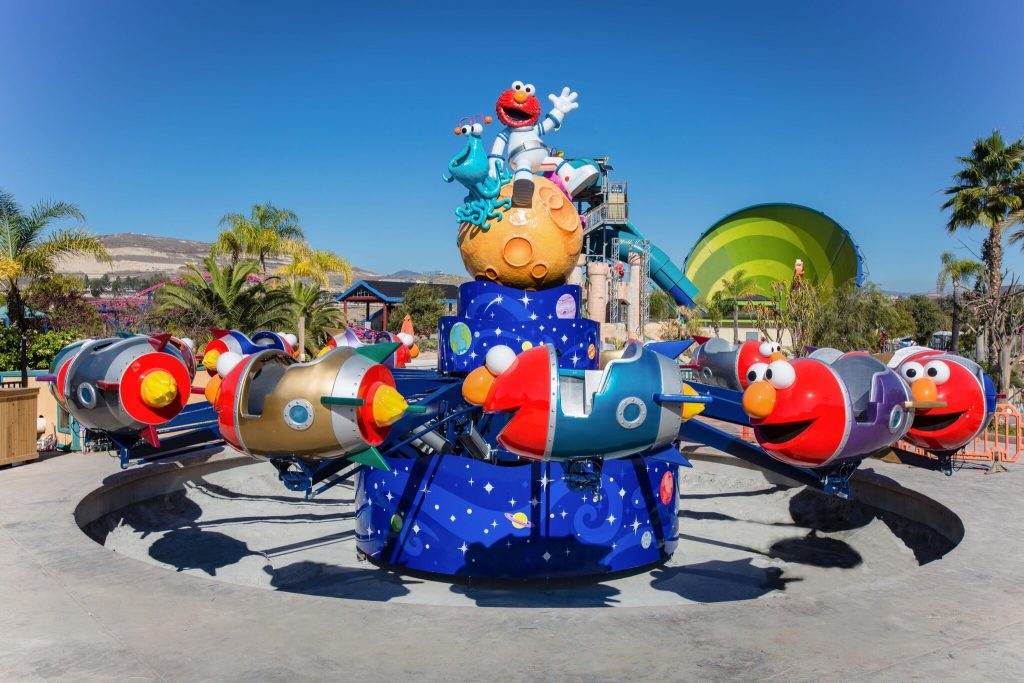 The 17-acre park will feature 11 water rides and seven dry rides, including a new roller coaster, Super Grover’s Box Car Derby. It will also include a new “Sesame Street” neighborhood with interactive elements, character greetings, a parade and a live theater show.

Sesame Place San Diego will also open with the title of “Certified Autism Center.” This designation mean park employees have completed extra training on autism sensitivity and awareness, and the park extra resources for guests with autism and their families, including a sensory guide and “quiet rooms” to get a break from the sensory overload often found in a theme park.

The opening will come just weeks after SeaWorld San Diego debuts its new dive coaster, Emperor, which is scheduled to open March 12. Both projects were delayed by the COVID-19 pandemic.