While SeaWorld’s new Sesame Street area will feature new experiences for guests, the rides should feel familiar to frequent visitors.

SeaWorld had previously said its Sesame Street area would feature six rides without offering additional details. At the International Association of Amusement Parks and Attractions (IAAPA) expo Tuesday, the park confirmed all of the rides are rethemed versions of attractions left over from Shamu’s Happy Harbor section of the park, while simultaneously hyping Sesame Street’s 2019 opening in Orlando.

“Sesame is a beloved family brand,” John Reilly, interim CEO of SeaWorld Parks & Entertainment, said at the expo. “It will celebrate 50 years in 2019, and we’re excited that the biggest Sesame expansion inside our parks will happen right here.

The six rides are:

A representative from SeaWorld said there would be “new elements” to the rides, without mentioning specifics, while emphasizing the area will have plenty of new experiences like SeaWorld’s first-ever parade. It will also feature play areas, character meet-and-greets and a recreation of Sesame Street, including Big Bird’s nest, Mr. Hooper’s store and the famous 123 stoop. 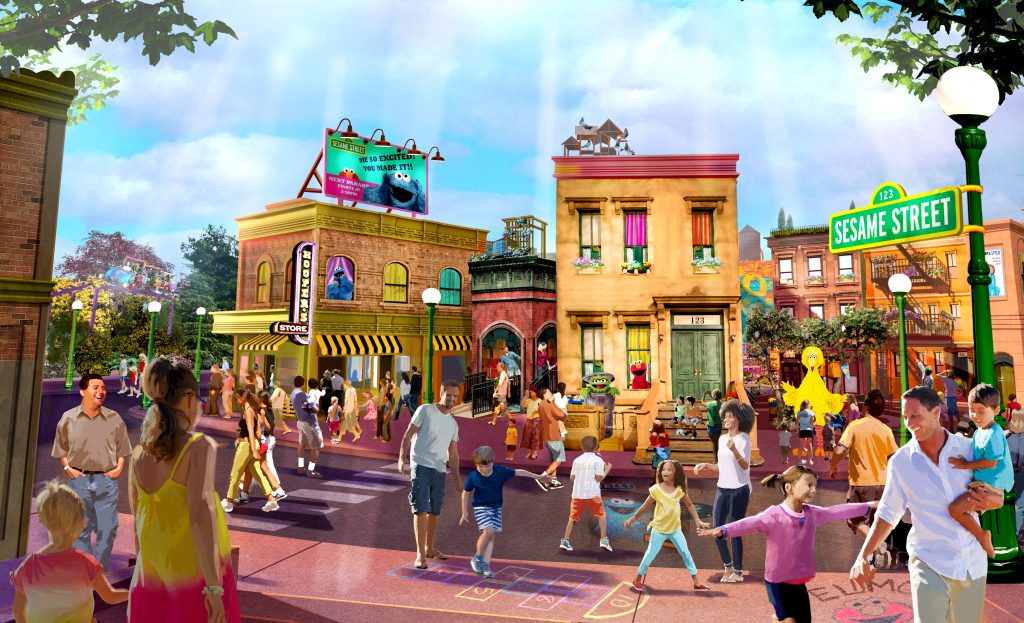 The Super Grover ride looks to be the headlining attraction, a family-friendly roller coaster the park promotes as the “perfect” first coaster for kids. The ride takes over for the former Shamu Express, with its original manufacturer providing a new look for the coaster trains.

“SeaWorld asked for a new design of the coaster, so it’s a soapbox for Grover,” said Marina Ernst-Weiderer, marketing director for German ride manufacturer Zierer. “It has wonderful colors and a wonderful shape for kids and families.”

Other SeaWorld parks are getting some higher thrills rides for 2019. The company hyped other additions like the Tigris launch coaster coming to Busch Gardens Tampa and Aquatica Orlando’s KareKare Curl waterslide.

Including the six rethemed Sesame Street attractions, SeaWorld is boasting of adding 11 rides to its parks in 2019.