After two years of delays, SeaWorld San Diego’s next roller coaster has an opening date.

Emperor, a 153-foot-tall dive coaster, will open to the general public on March 12. Passholders will get exclusive previews earlier in March, though SeaWorld has not yet announced when and where those sneak peeks will take place. 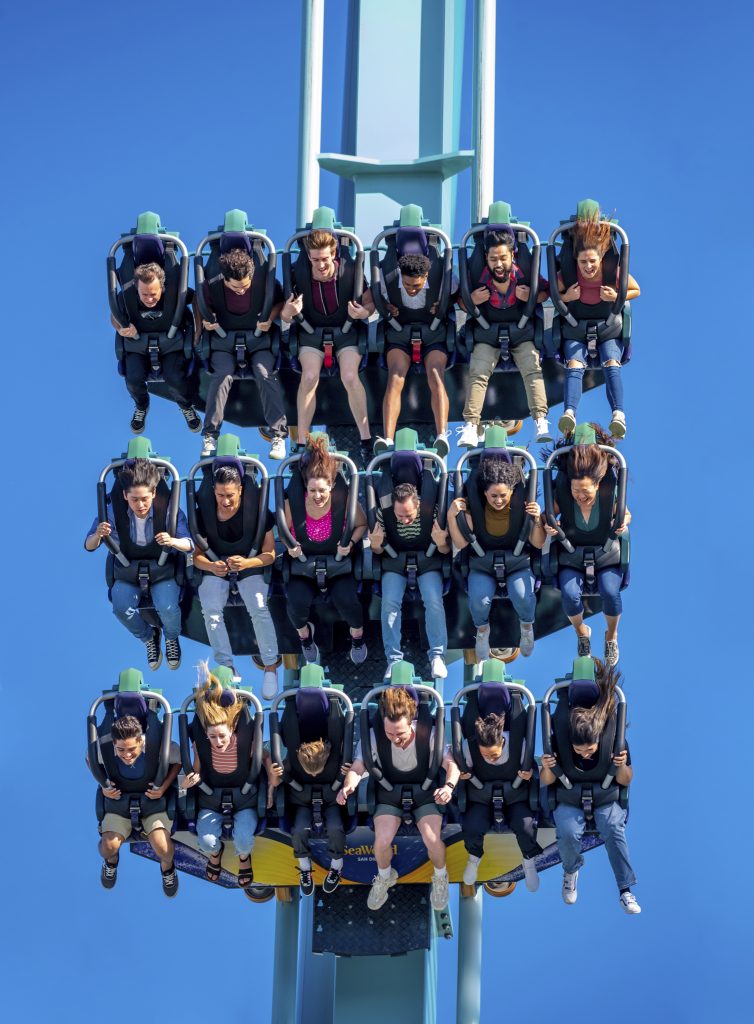 The announcement of the ride’s opening date came on Penguin Awareness Day — befitting a coaster named after the Emperor Penguin, the tallest and heaviest of all living penguin species.

Emperor is the latest dive coaster built by Bolliger & Mabillard, and will be only the fourth of its kind in the U.S. upon opening (to be followed later this year by Dr. Diabolical’s Cliffhanger at Six Flags Fiesta Texas). Live other dive coaster, riders will be momentarily held in place at the top of the lift hill before experiencing the ride’s 143-foot-tall, 90-degree first drop, followed by three inversions. 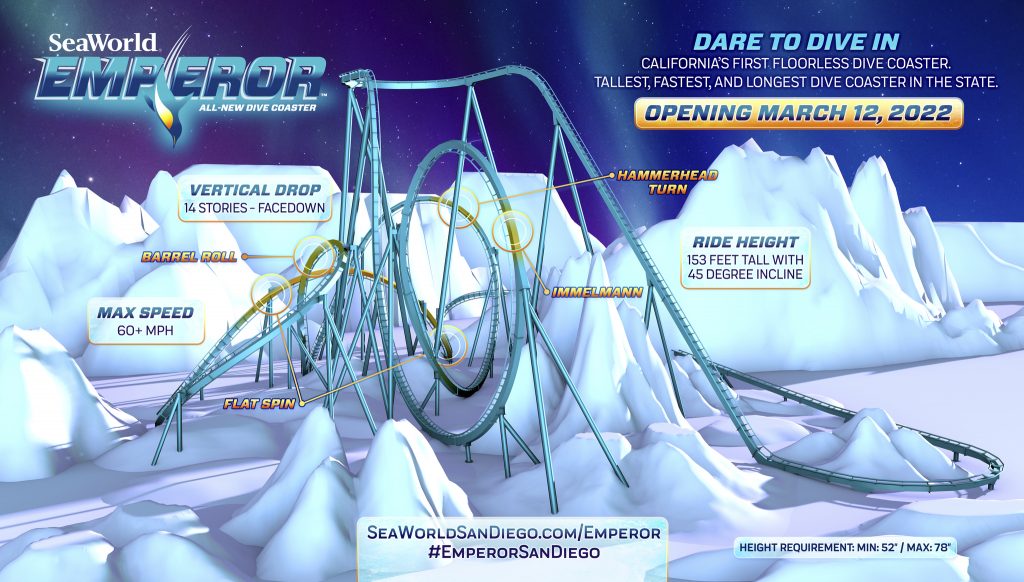 Like other SeaWorld coasters originally scheduled to open in 2020, Emperor was delayed by the COVID-19 pandemic. SeaWorld San Diego itself didn’t reopen its rides and coasters until April 2021, and had announced last August that the coaster wouldn’t debut until 2022.

The new coaster is one of two major 2022 SeaWorld additions in Southern California. The other is the conversion of the former Aquatica San Diego water park into Sesame Place San Diego, which is scheduled to open sometime in March.