A new seasonal event is bringing a new parade to SeaWorld San Diego.

Starting February 5 and running on weekends throughout the month, the park will host its first-ever Mardi Gras event, complete with a twice-daily parade along its version of Bourbon Street.

A press release from SeaWorld said the parade “will feature a live band as well as an assortment of street performers such as jugglers​, jesters,​ and more.” Families will have the chance to participate in the parade along with performers.

“We’re thrilled to bring this exciting new event offering to San Diego,” SeaWorld San Diego park president Jim Lake said in a statement. “SeaWorld’s Mardi Gras will give guests a taste of New Orleans’ iconic carnival celebration and fully immerse them in all the colors, flavors, sounds and fun of Mardi Gras with activities suitable for visitors of all-ages.” 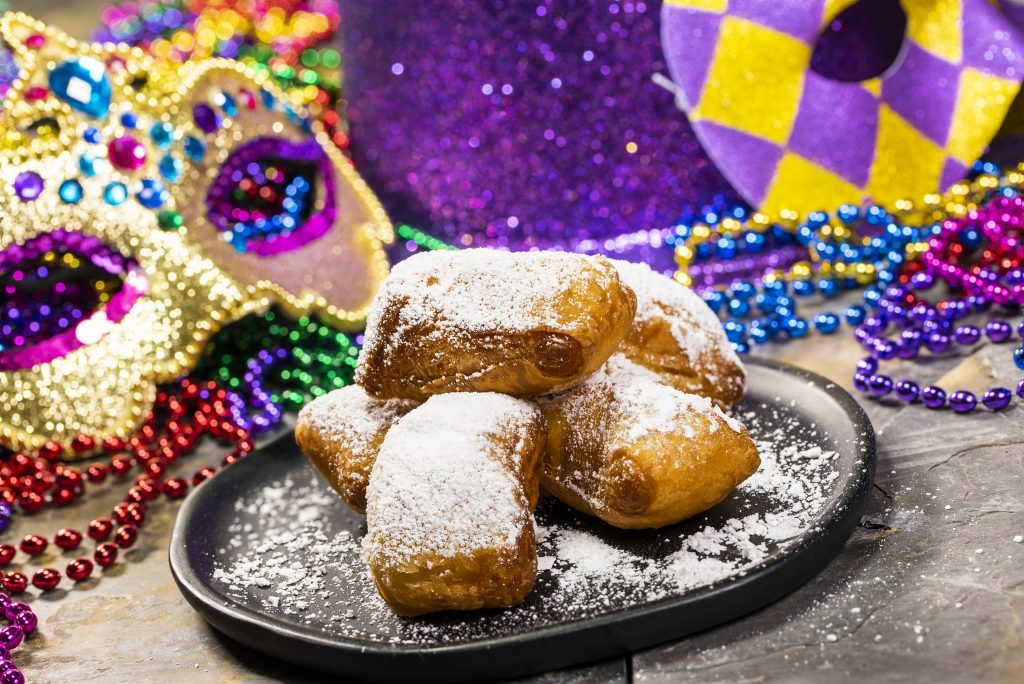 It wouldn’t be Mardi Gras without beignets (SeaWorld)

Along with the parade, the event will offer:

All the Mardi Gras festivities are included with park admission to SeaWorld San Diego.

The park has expanded its seasonal event calendar since reopening from its COVID-19 shutdown last spring. Last Halloween, it hosted its first-ever Howl-O-Scream, featuring adult-oriented haunted houses and scare zones.

More additions are on the way later in 2022 as the park debuts its new Emperor dive coaster and the new Sesame Place San Diego in March.