The manatees were spotted in the Cooper River near a warm water outflow from the KapStone paper mill. Low water temperatures in the river caused the manatees to stay in the warm water, isolating them from food sources. During the winter, manatees usually move to warmer waters when the water temperature drops below 68 degrees.

Two adult manatees were found after hours of searching. The healthy sea cows were transported to Florida and returned back to the wild near Port St. John around 9 p.m. Dec. 8. The male manatee, named Goose, was already tagged, while the female was tagged by Sea to Shore Alliance so her future movement can be followed.

The next day, the team located two more male manatees. They were also healthy and returned to the Port St. John area around 6 p.m. Dec. 9. A fifth manatee was spotted in the area but rescuers could not find the animal. 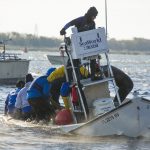 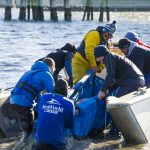 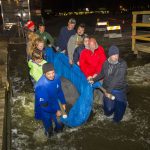 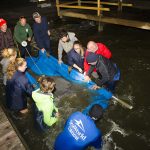 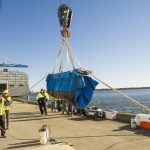