SeaWorld Orlando recently confirmed that it will open a brand new roller coaster in 2023, and its ongoing construction to hard to miss.

Rumored to be a new model of a launching, stand-up coaster by Swiss coaster firm Bolliger & Mabillard called a “surf coaster,” the unnamed coaster is being built on a plot of land between the park’s entrance and Bayside Stadium. The first signs of work can be seen before you even enter the park, as the site runs right up to the parking lot. 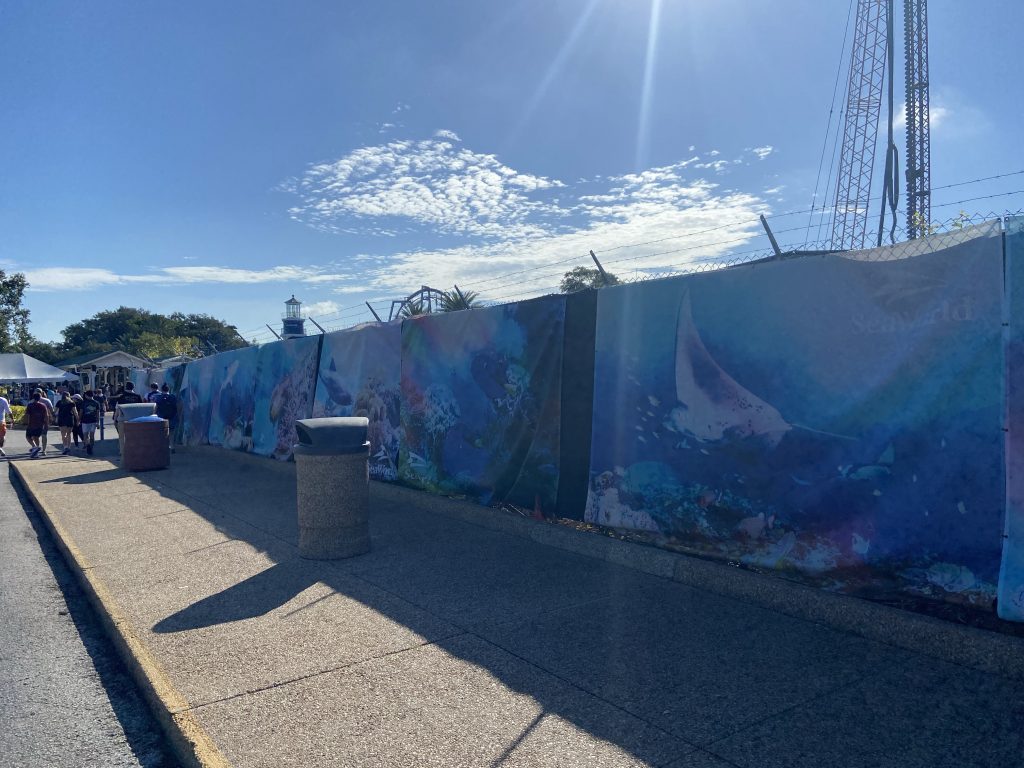 If you look to your right while going through the park entrance, you’re likely to spot some construction equipment over the fence. 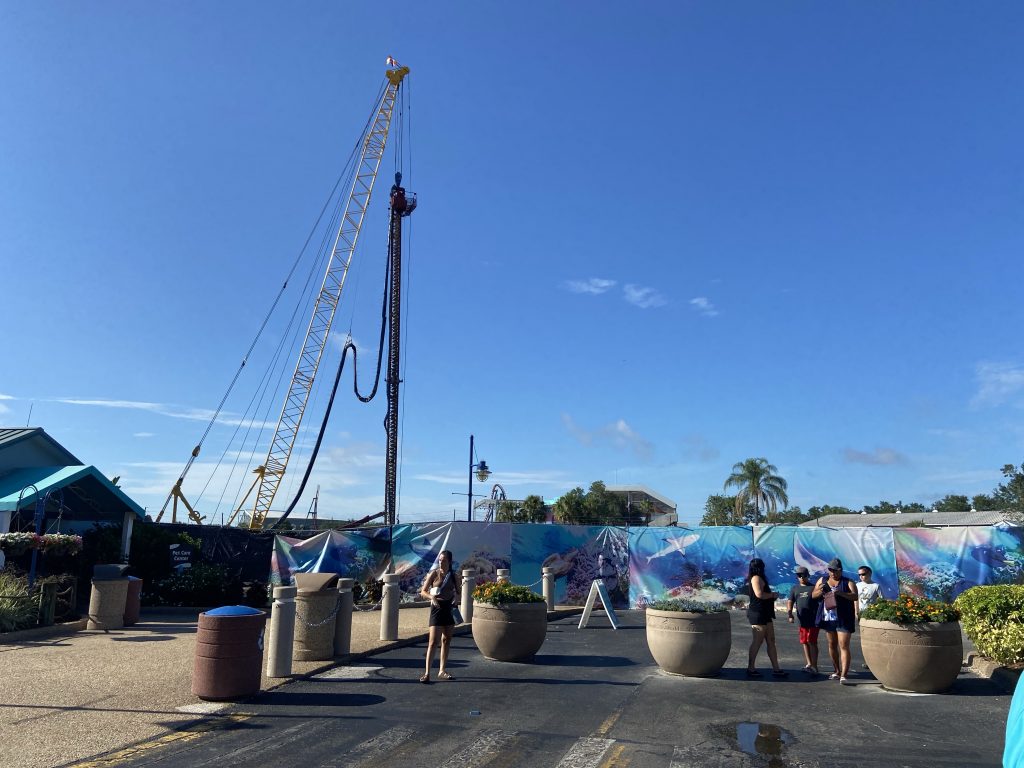 Once you’re inside SeaWorld, you’ll have a wide open view of the site from the bridge spanning the park’s lagoon. 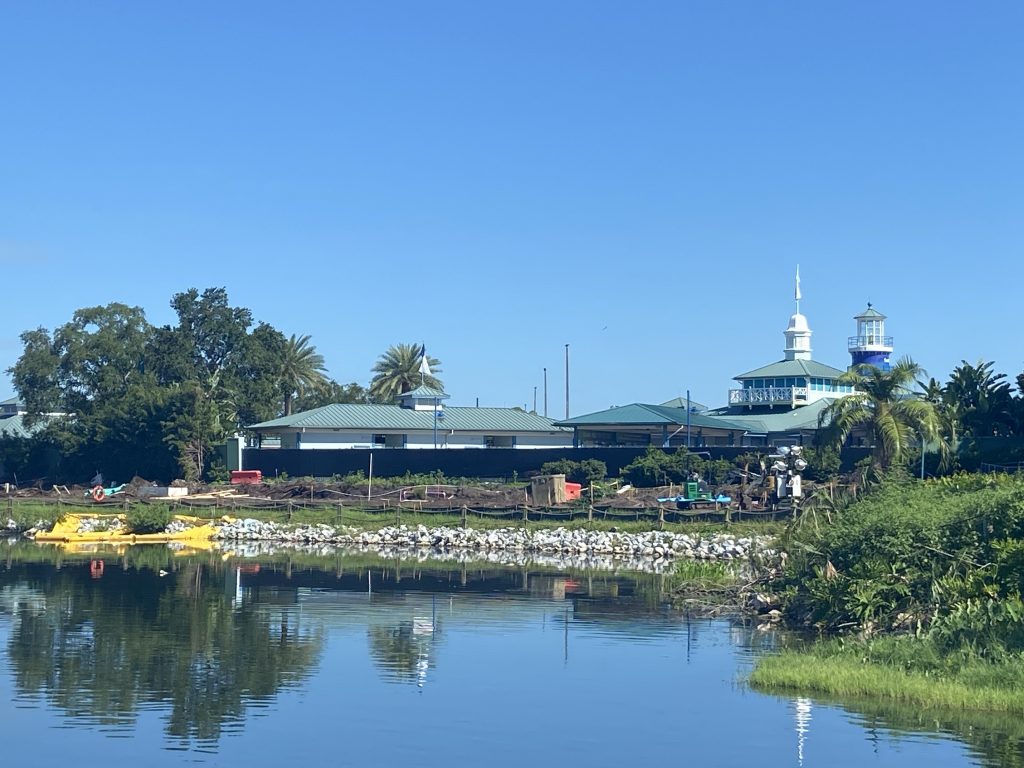 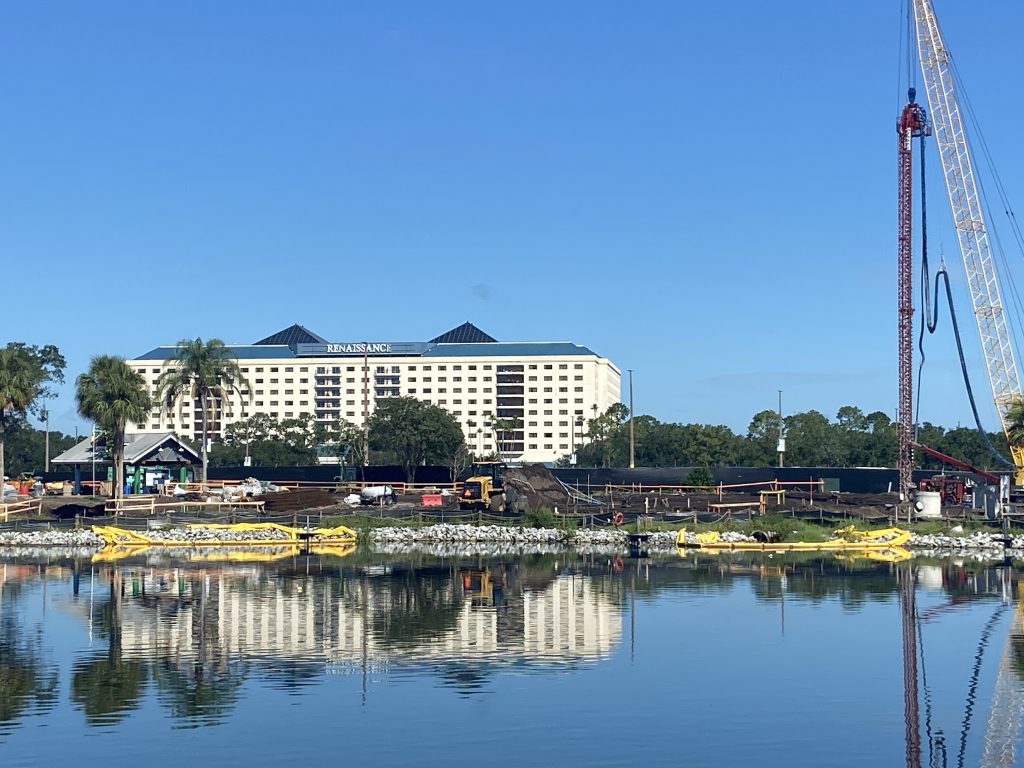 Another view of the site (Theme Park Tribune) 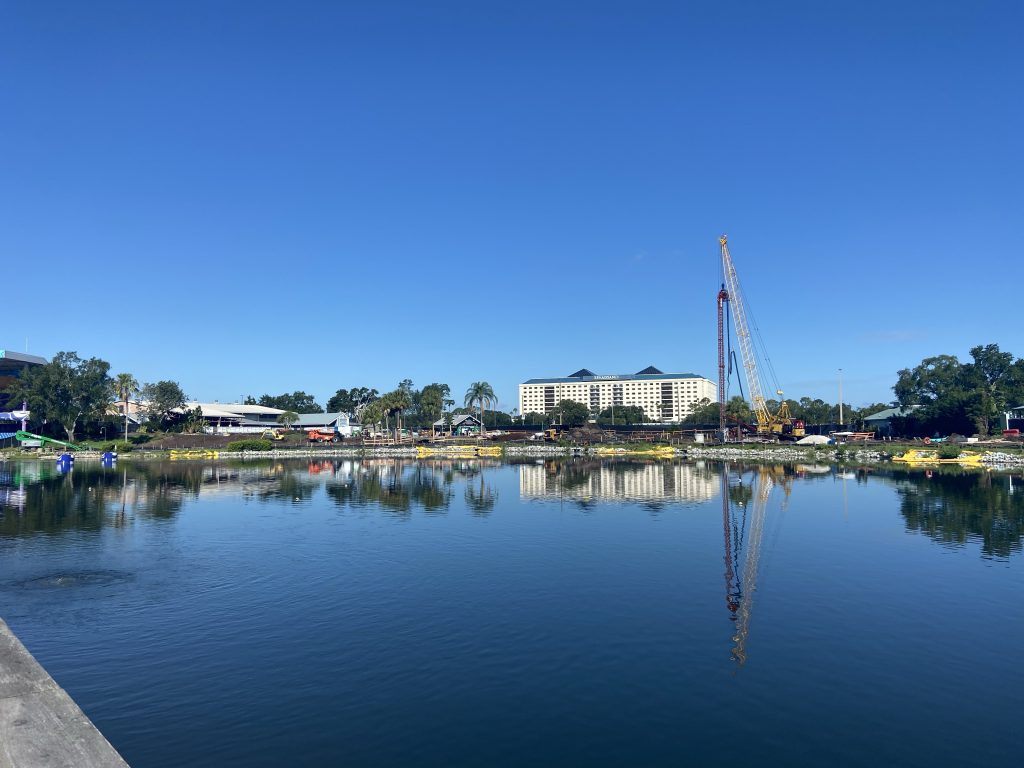 These views remind me of the years theme park fans spent watching the construction of Jurassic World VelociCoaster at Universal’s Islands of Adventure. 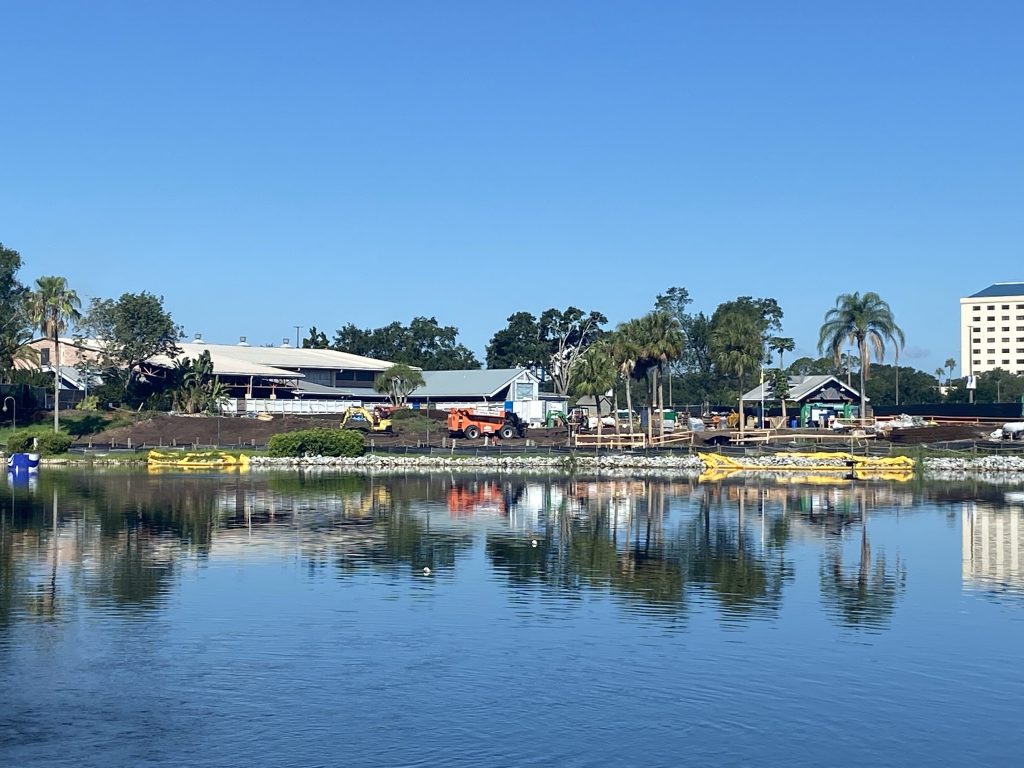 No coaster track has been placed on the site yet, but SeaWorld has shown that track pieces arrived months ago in Orlando.