What Six Flags Great America is selling to guests as “new” in 2022 is a really just a new low, even for America’s budget theme park chain.

With no major addition in the pipeline in the midst of the COVID-19 pandemic — which kept Great America’s rides shuttered in 2020 — the Gurnee, Illinois park announced in March that its former Yankee Harbor section would become DC Universe. No new attractions were promised as part of this change, only rethemes of three rides and dining options in the area to match the existing Batman: The Ride and Joker roller coasters. 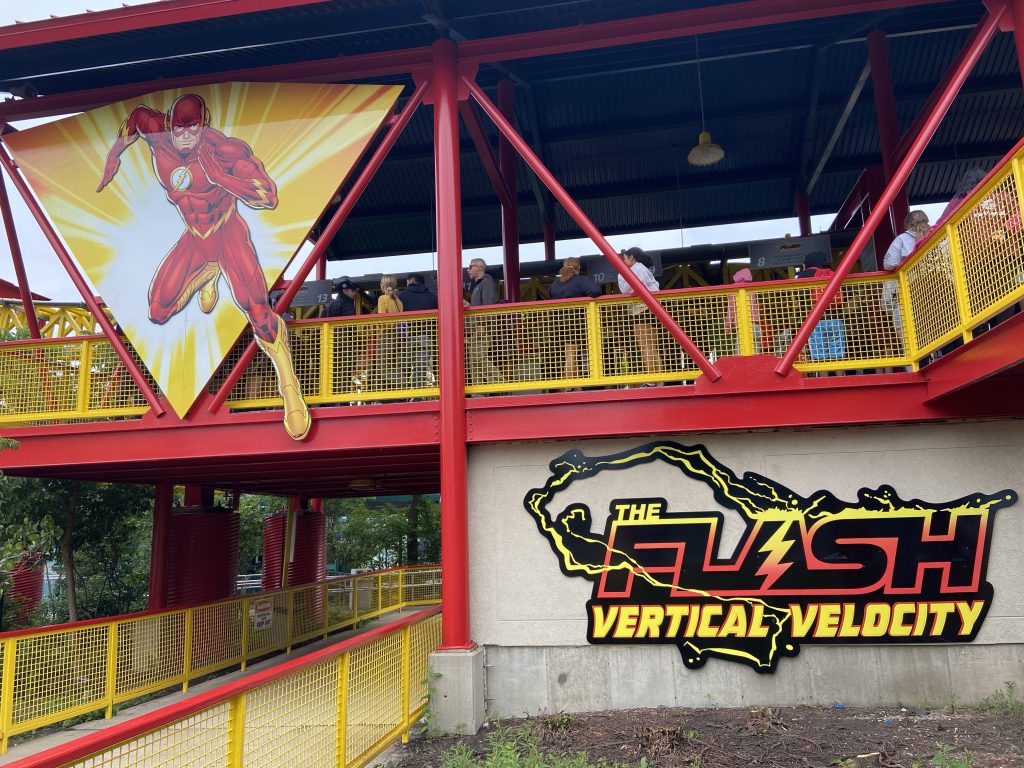 Paint and signs are the only changes on Flash: Vertical Velocity (Theme Park Tribune)

DC Universe sections are common for Six Flags parks, none of which are known for emphasizing theming or thematic integrity within their lands, so even a thin retheme is not in itself a bad idea. What I can’t get past is how it’s being marketed as something “all new” to guests. Just look at this screenshot of the Great America website: 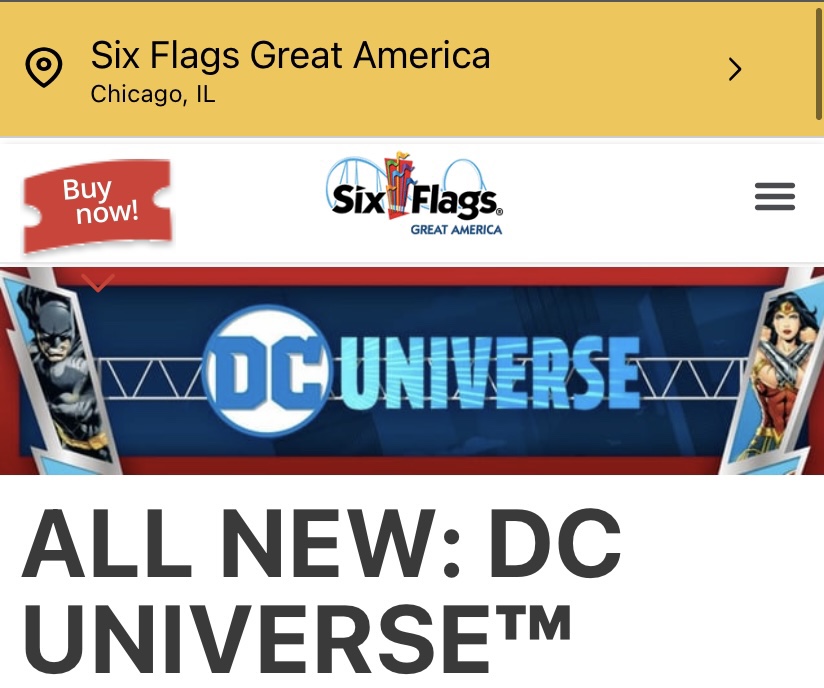 Too bad that very, very little of DC Universe is actually new. The area features: 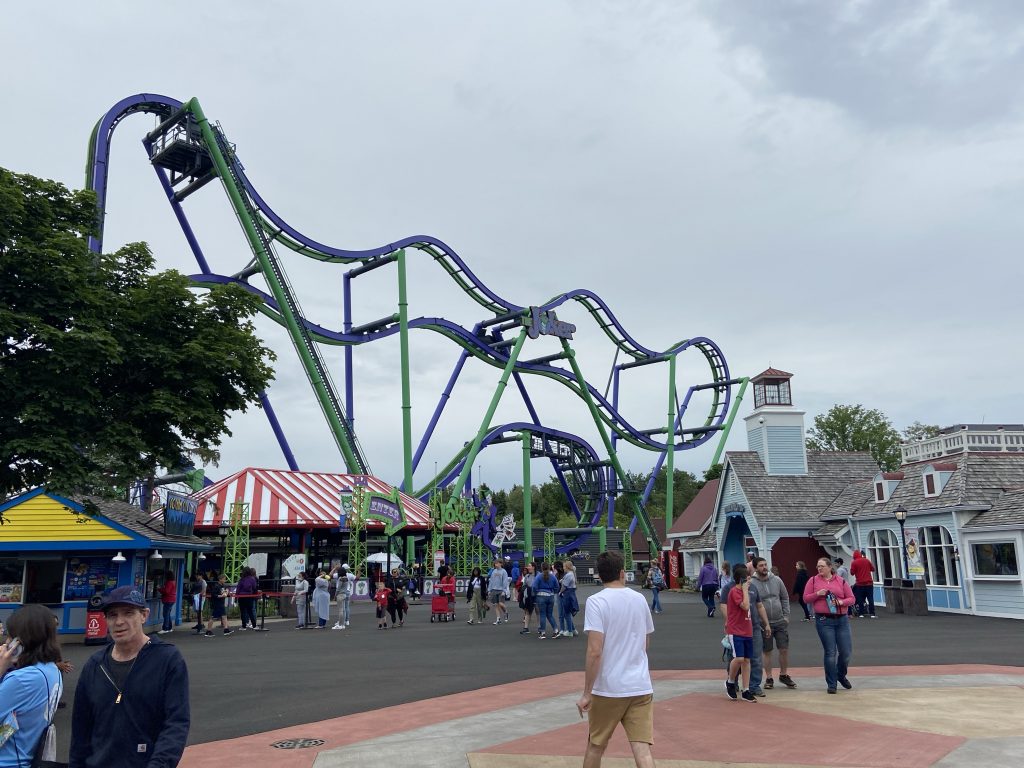 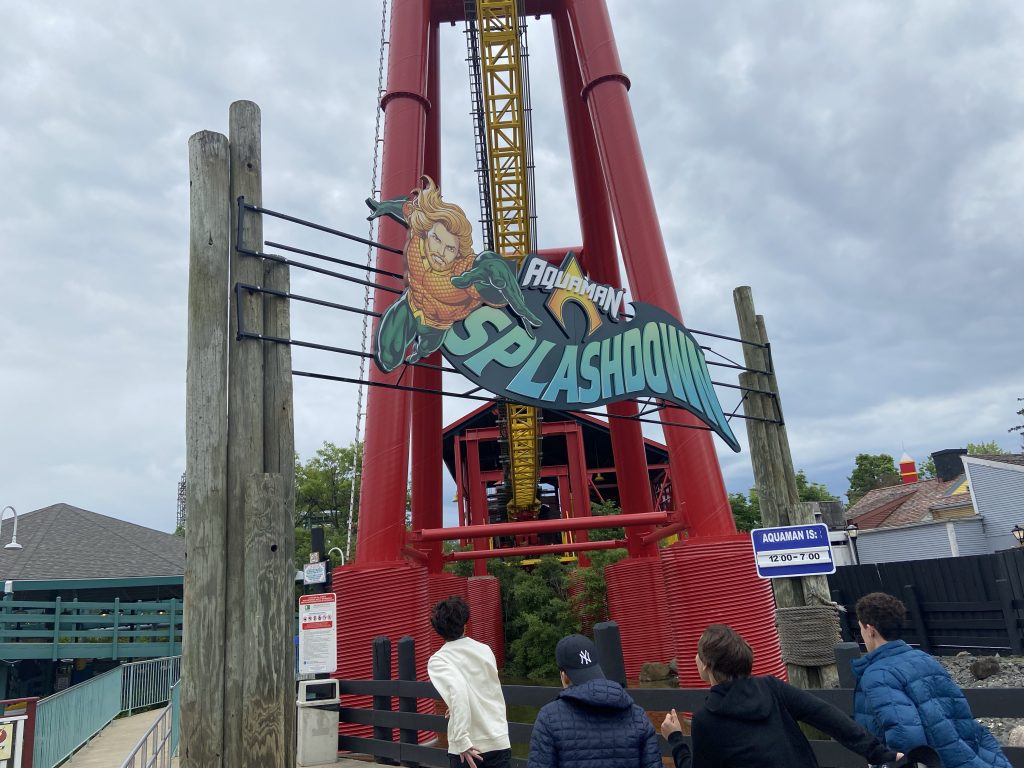 Similarly, the former Yankee Clipper log flume was rechristened Aquaman Splashdown. This time, even a full paint job was too much to ask for, as the only sign of the change is a new entrance sign and repainted ride vehicles. Otherwise, it’s the same log flume the park has offered since 1976.

The food options were also given new signs but kept largely the same menus. Capone’s Kitchen became Steelworks Pub, and was hyped as having a “new beer garden and patio.” For now, it only offers the same outdoor space which already existed. The menu serves the same options as before: pepperoni or cheese pizza or spaghetti, and it’s just as bland as before, too. 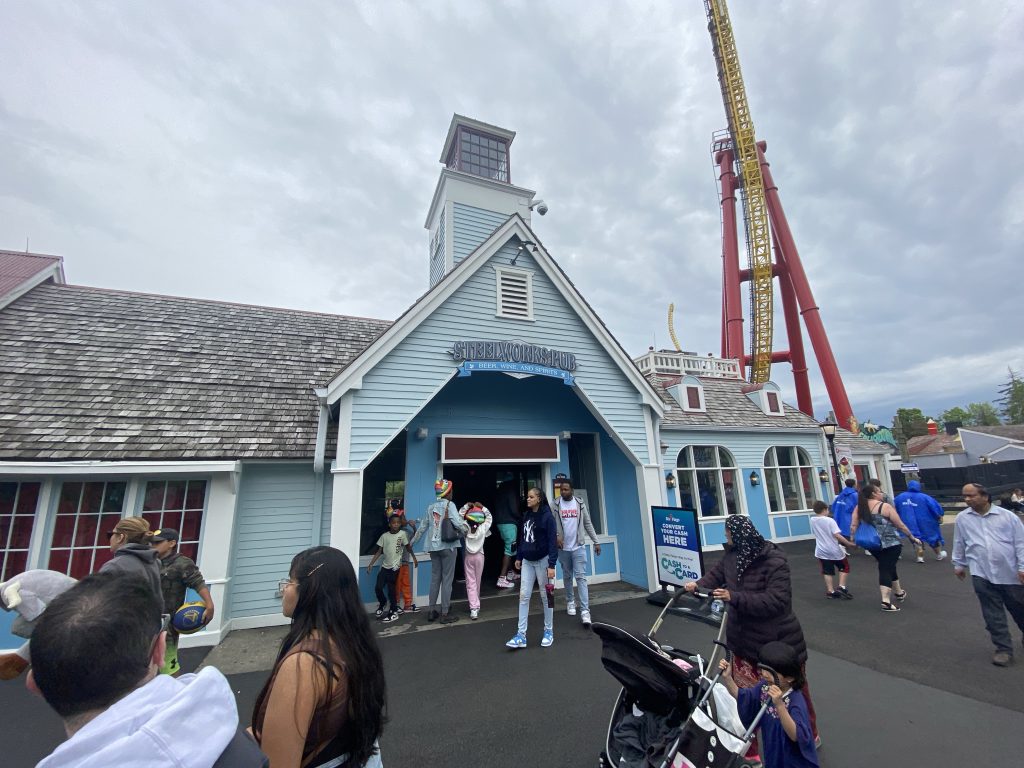 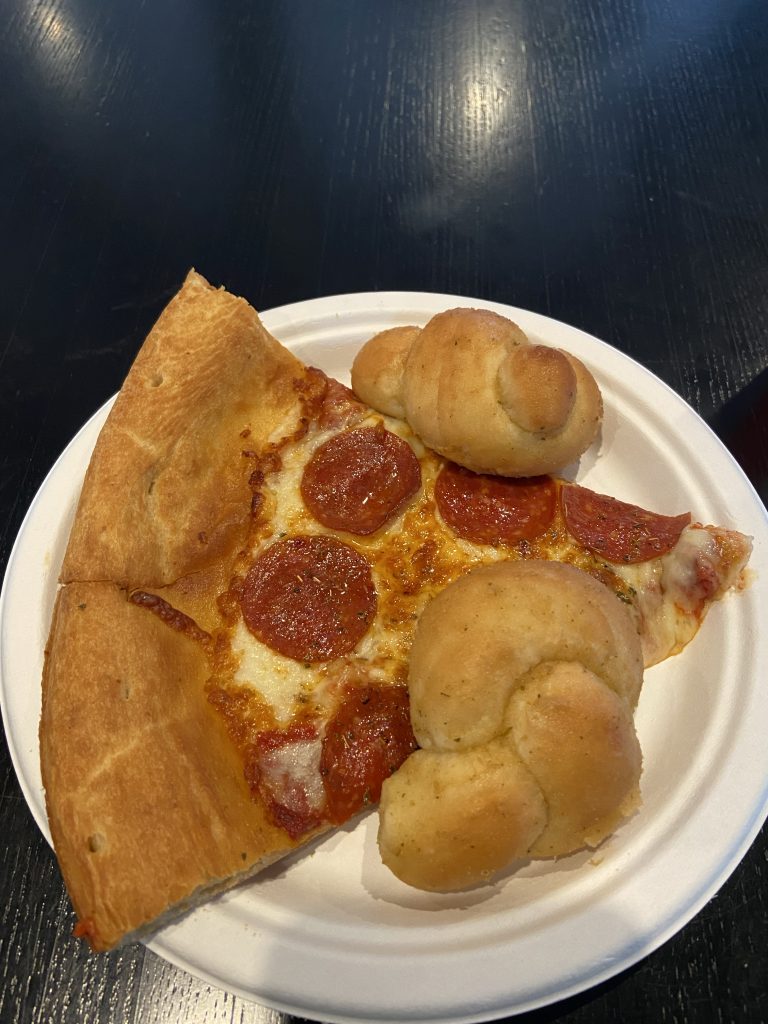 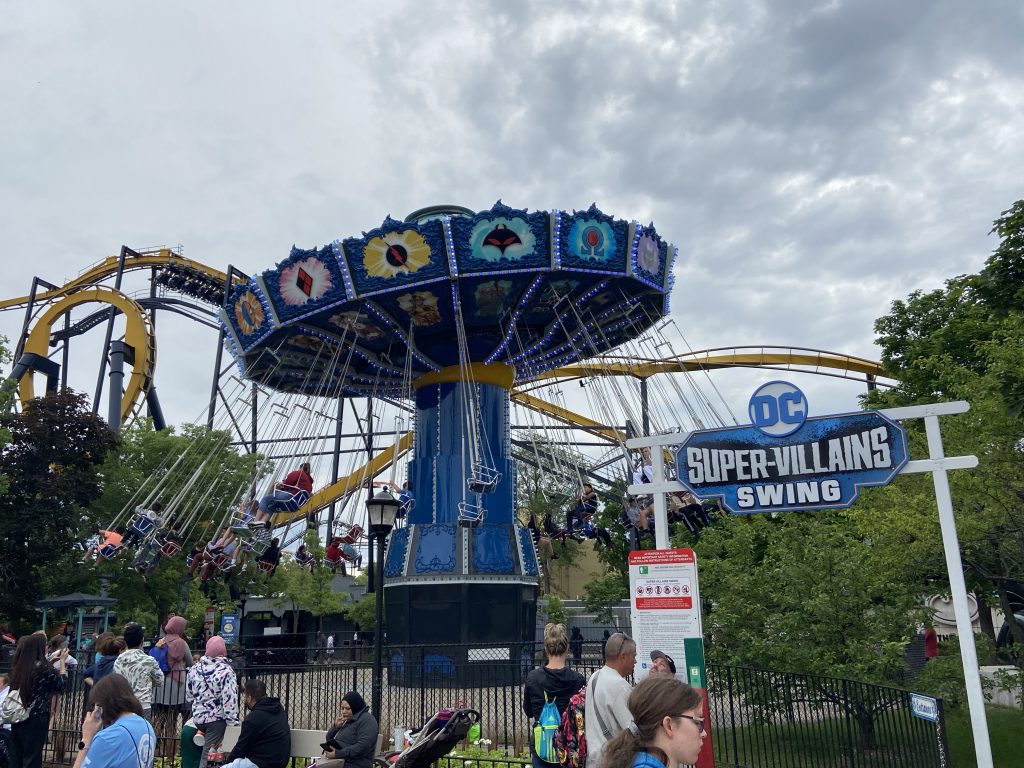 That brings us to the few elements which actually changed in a noticeable way. The one flat ride, formerly Whirligig, is now DC Super-Villains Swing. DC characters like Harley Quinn and Darkseid now adorn its center, and while the ride experience is unchanged, the cosmetic shift is significant.

Just outside the Super-Villains Swing is a new pattern in the concrete. Noticeable, sure, but nothing noteworthy.

Then lastly, one of the land’s entrances now sports a DC Universe sign, which was absent from a “preview” of the new section held by Great America in early May. However, the entrance from the Mardi Gras section has nothing: 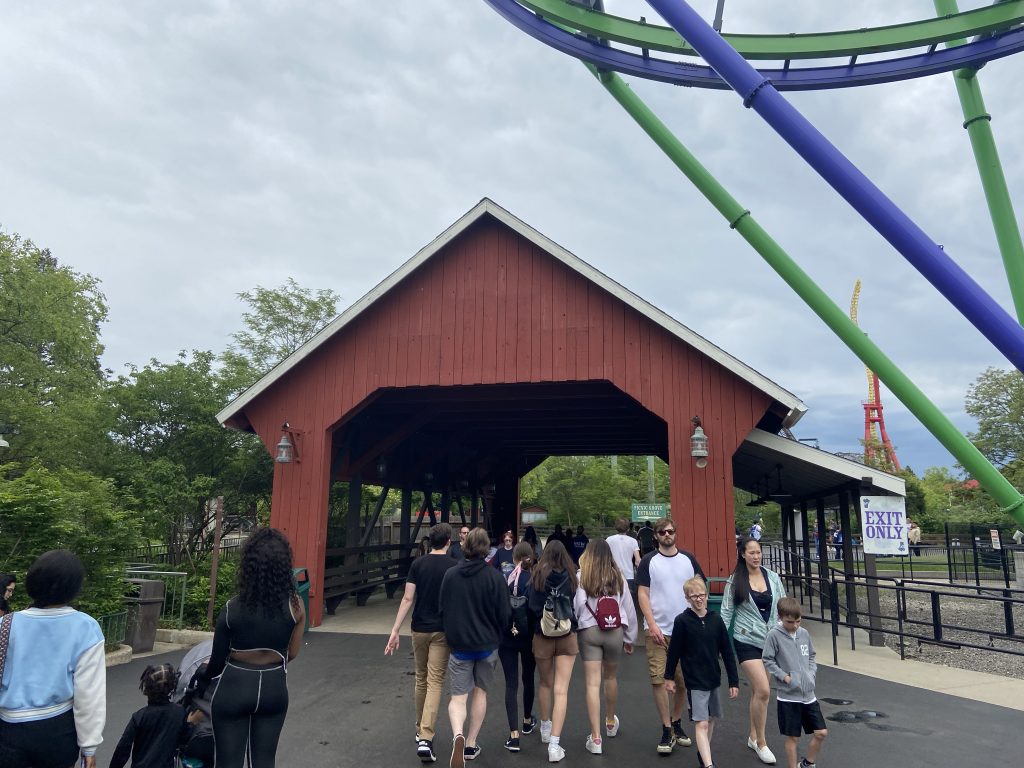 A new entrance is supposed to be built after the wooden structure when guests turn the corner towards Joker, but it’s yet to be erected at the time of this review.

So there you have it. The retheme from Yankee Harbor into DC Universe consists of some paint, some new signage, one piece of concrete work and only one ride that even changed much visually. You just can’t call this an “all-new” land. Nothing here is truly new — and even the completely new sign couldn’t be completed in time for the summer. 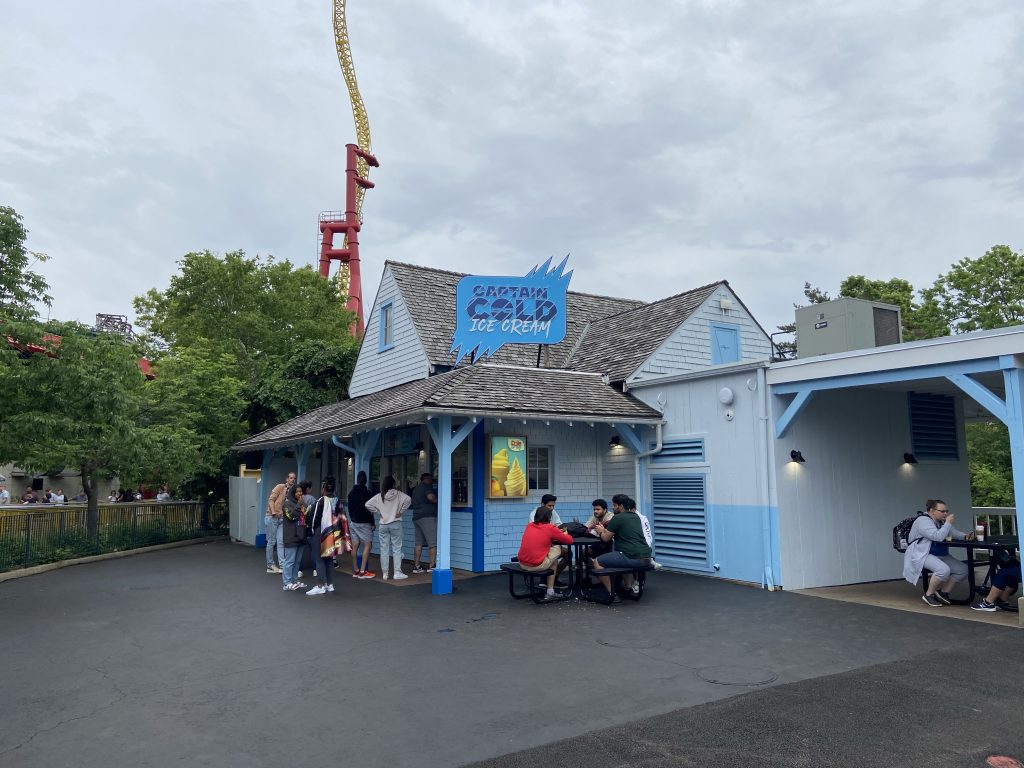 Six Flags didn’t have to do this. It would have been completely understandable that, still feeling the financial fallout from 2020, Great America wasn’t going to receive any large additions for its 2022 season. That would’ve been the honest announcement.

Instead, the park decided to dishonestly sell new paint and signs as “the largest and most exciting park enhancement in recent memory,” according to Great America park president John Krajnak. Apparently, park management think its guests are so dumb that they can’t tell the difference between a truly “new” land and a couple of new signs and buckets of paint. It’s so insulting that it makes me wish, more than ever before, that this park was owned by literally any other theme park chain, one that would never consider such embarrassing tactics to get guests through the turnstiles. 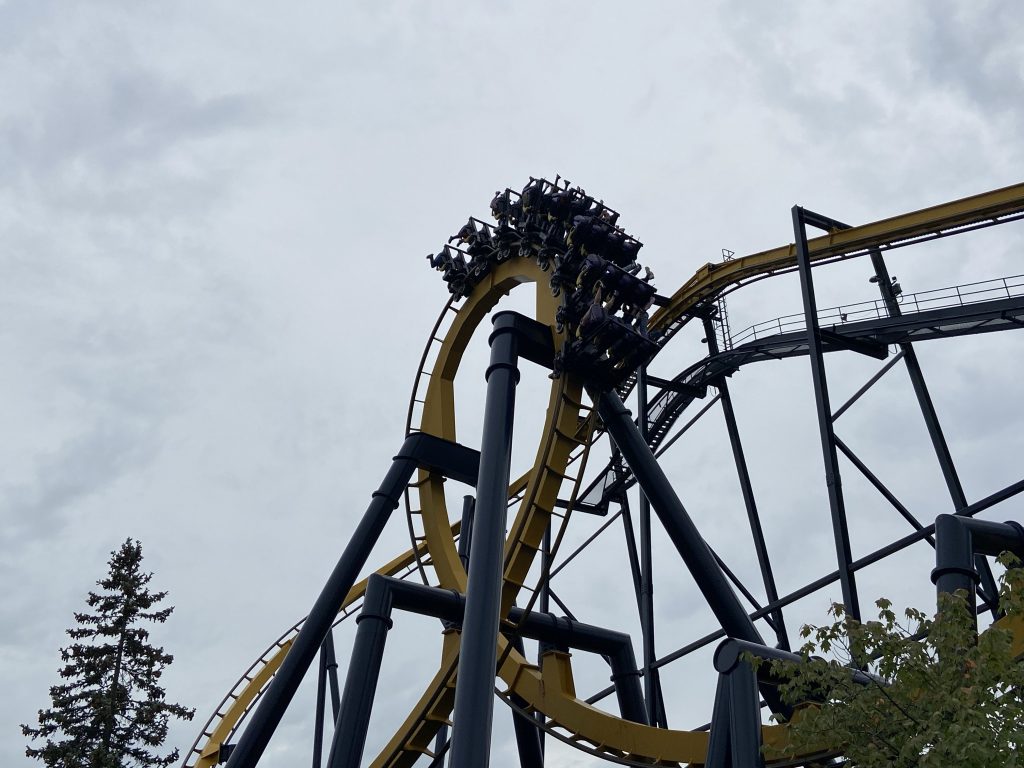 The only thing keeping me from giving this very-not-new land a failing grade is the fact that the existing attractions continue to be enjoyable. Go ahead and ride  Batman, Joker and V2. Those are fun coasters.

However, even the most casual of Great America guests aren’t going to fall for the transparent and deceptive marketing ploy of dubbing any of this “new.”

Correction: The original version of this review incorrectly stated that Steelworks Pub did not feature a new beer garden as promised. In fact, that part of the restaurant’s makover had not been completed at the time of our visit. Theme Park Tribune regrets the error.

DISCLOSURE: This review is based on my own opinion and perspective. I visited Six Flags Great America using my Six Flags membership and the park did not provide any special access, nor was it aware that I was conducting a review.