If you ask me what’s missing from parks in the Six Flags, Cedar Fair and SeaWorld chains, my answer will always be dark rides.

This tier of park owners below Disney and Universal doesn’t work with the same budgets or intellectual properties at its disposal, and dark rides are often seen as riskier propositions compared to opening just another lightly-themed coaster. In my perfect world, however, parks in those chains would each have at least one interactive dark ride and a traditional dark ride.

Knott’s Berry Farm may have technically struck that balance when Voyage to the Iron Reef opened in 2015. On paper, it complimented the classic Calico Mine Road and its proto-Pirates of the Caribbean scope by adding a modest 4D shooting dark ride, manufactured by Triotech, to the park’s lineup.

Something clearly didn’t go right, because Iron Reef lasted less than five years, but tearing out the new ride system apparently wasn’t an option. So Knott’s decided to lean into its own history by essentially creating an interactive sequel to an earlier dark ride that had left the park 35 years earlier.

Quick rethemes done on the cheap are rarely more than band-aid solutions. Just ask Figment. But Knott’s Bear-y Tales: Return to the Fair manages to rise above those substantial limitations by utilizing some of Knott’s best assets — charm, history and original characters.

The original Knott’s Bear-y Tales was a traditional dark ride, located in the same spot as its successor, that ran from 1975 to 1986. Designed by former Disney Imagineer Rolly Crump, it introduced original characters, a whole bear family (identified with Dad joke-level puns such as Boysen Bear, Girlsen Bear, and Elder Bear) and their nemesis, a pie thief named Crafty Coyote. 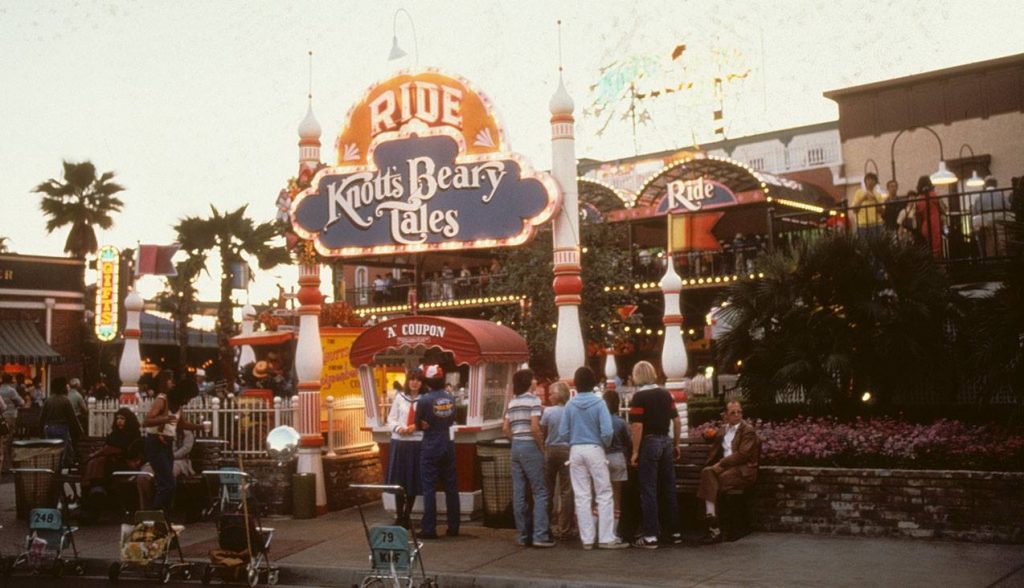 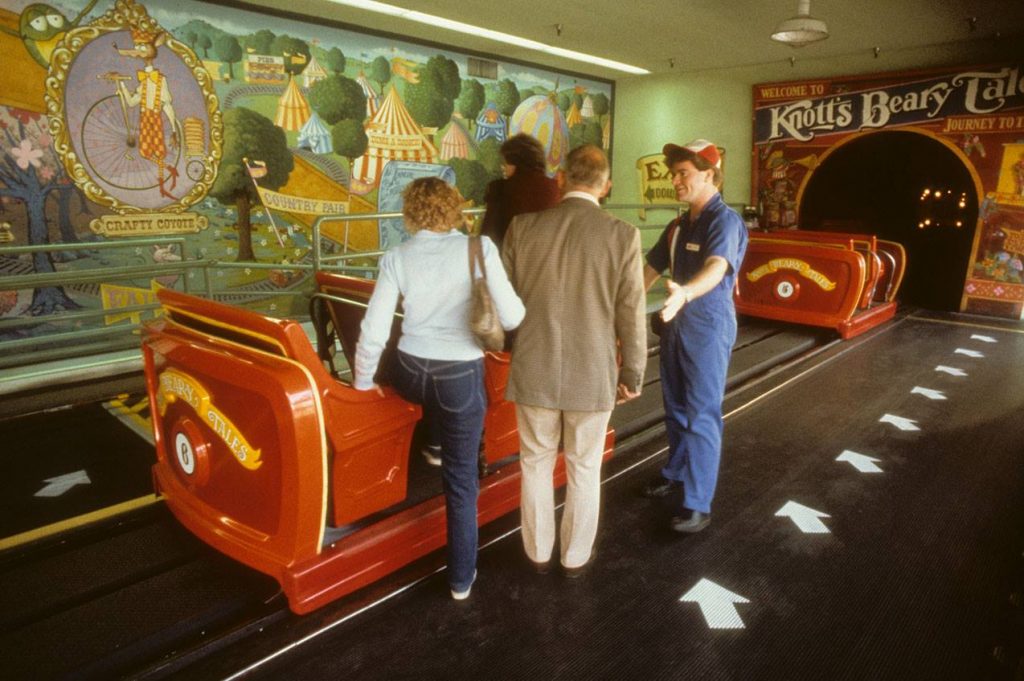 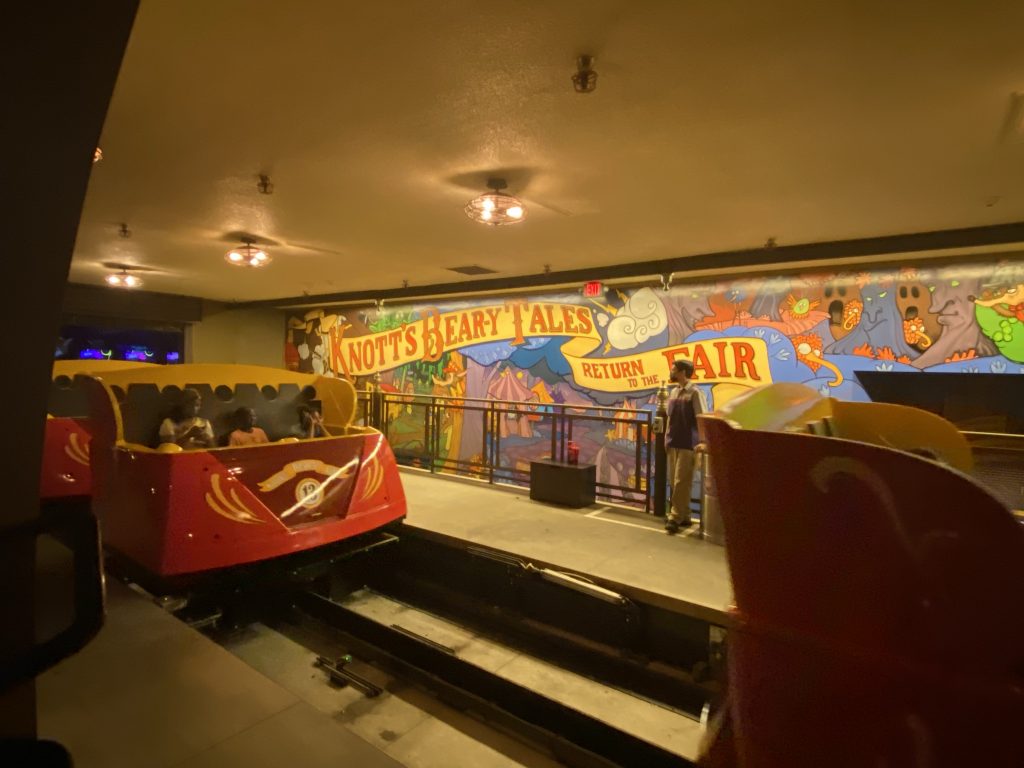 The ride was replaced by Kingdom of the Dinosaurs in 1987, which itself closed in 2004. The space then went unused for a decade before Cedar Fair opened Voyage of the Iron Reef, a 4-D interactive dark ride, the second (and so far, the last) of what was supposed to be a series of budget-minded dark rides across all Cedar Fair parks. 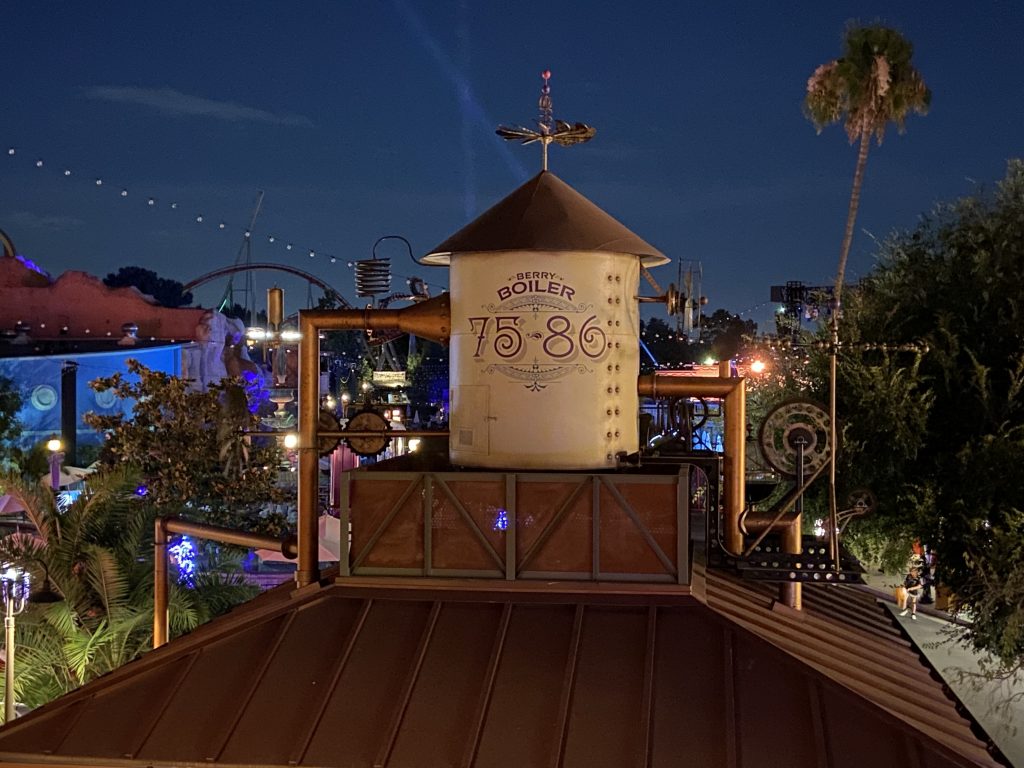 While initial reviews for Iron Reef seemed to be positive, being shut down after less than five years is not a ringing endorsement. Rather than start from scratch, Knott’s took the existing interactive dark ride and re-themed it around the Bear-y Tales characters.

If you’ve ridden Toy Story Mania at Disney California Adventure or Disney’s Hollywood Studios, Knott’s Bear-y Tales: Return to the Fair is similar, right down to the same pull-string shooter (a “Berry Blaster”).

The premise — which is not well-explained before you have to start shooting — is that your blaster will recover stolen boysenberry pies from Crafty Coyote’s henchmen as Boysen and Girlsen Bear travel through scenes to the County Fair. It may take you a few seconds to realize that you have to shoot the pies themselves to score points, but like Toy Story Mania, you’ll have fun until your arm inevitably tires out.

For being a quick fix on an existing ride, there’s more theming and detail around the screens than I would have expected, including plenty of homages to the original ride such as Frog Forest and the fortune teller.

The Thunder Cave section, however, feels cheap, with nothing but some signage, flashing lights and blacklight effects to cover up the fact that you go about 25 to 30 seconds with no shooting scene and nothing all that interesting to make up for it.

On the positive side, I felt the animated scenes looked better than some other non-Disney shooting dark rides. It could be that the cartoony style helps mask any visual shortcomings, or that the scenes have more action and detail than Six Flags’ Justice League clones.

Operational issues remain unfixed in the new ride. The quick overhaul didn’t allow for any major changes to the ride system, so Return to the Fair manages the same meager hourly capacity as its maligned predecessor.

It isn’t helped by painfully slow operations. Knott’s may compete with Disney in some aspects of theming, but when it comes to efficiency, it’s nowhere close to the Mouse, and Return to the Fair is hampered by long times loading and unloading guests. Don’t be surprised if your ride ends with a lengthy wait to disembark, as cars routinely stack up in the station due to slow unloading. 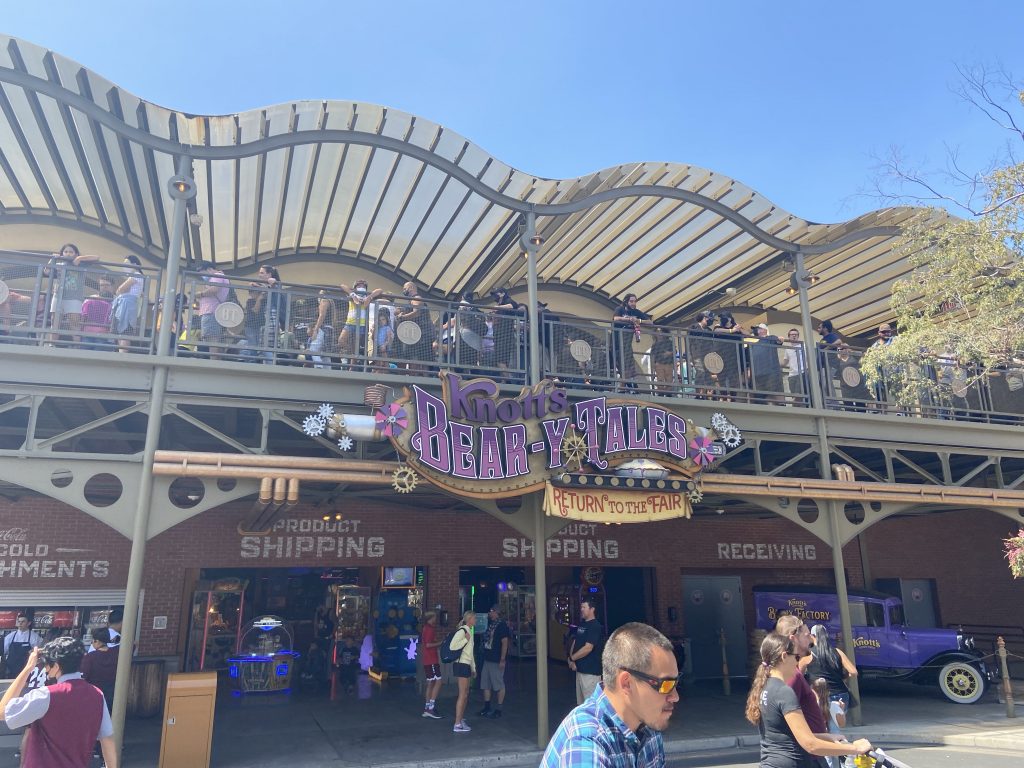 One more annoying note: The ride has one of the earliest Fast Lane merge points that you’ll find at Knott’s. Instead of putting Fast Lane guests right into the station like many of the park’s coasters, you’ll skip only the indoor portion of the queue — which on my September 2021 visit, maybe saved me roughly 15 minutes out of a 60-minute wait. Not exactly a great statistic for a perk that’s supposed to help you avoid long waits.

I’ve said before that one of the biggest factors in judging a ride that replaced another is whether the replacement is better. Both Universal and Disney have failed this test in recent years.

The new Knott’s Bear-y Tales beats out Voyage to the Iron Reef simply by playing off Knott’s nostalgia, introducing original characters to a new audience and appealing to a wider range of guests.

It also succeeds on a practical level when looking at the rest of the park’s lineup. The ride can pull families with kids out of Camp Snoopy and give them something to do together, and perhaps entertain the young ones a tad better than the earnest Calico Mine Ride, while still playing on the parents and grandparents’ memories of classic Knott’s.

It’s a shame that the operational shortcomings, including low capacity, couldn’t be addressed in this quick re-do. Still, it’s a victory for Knott’s that the new Bear-y Tales should be able to survive for much longer than its predecessor.

DISCLOSURE: This review is based on my own opinion and perspective. I paid for my own park ticket. Knott’s did not grant me any special access to conduct this review.