There may have been a time when Disney World’s value resorts actually felt like a good value — but that’s not the case now.

Disney’s All-Star Music Resort and its two neighbors, All-Star Movies and All-Star Sports, are the three oldest value resorts at Disney World. All three show their themes with exaggerated pop art-like icons, such as a drum set in front of the Jazz Inn building or the faux marquee at the Broadway building in which I stayed during my July 2022 visit. 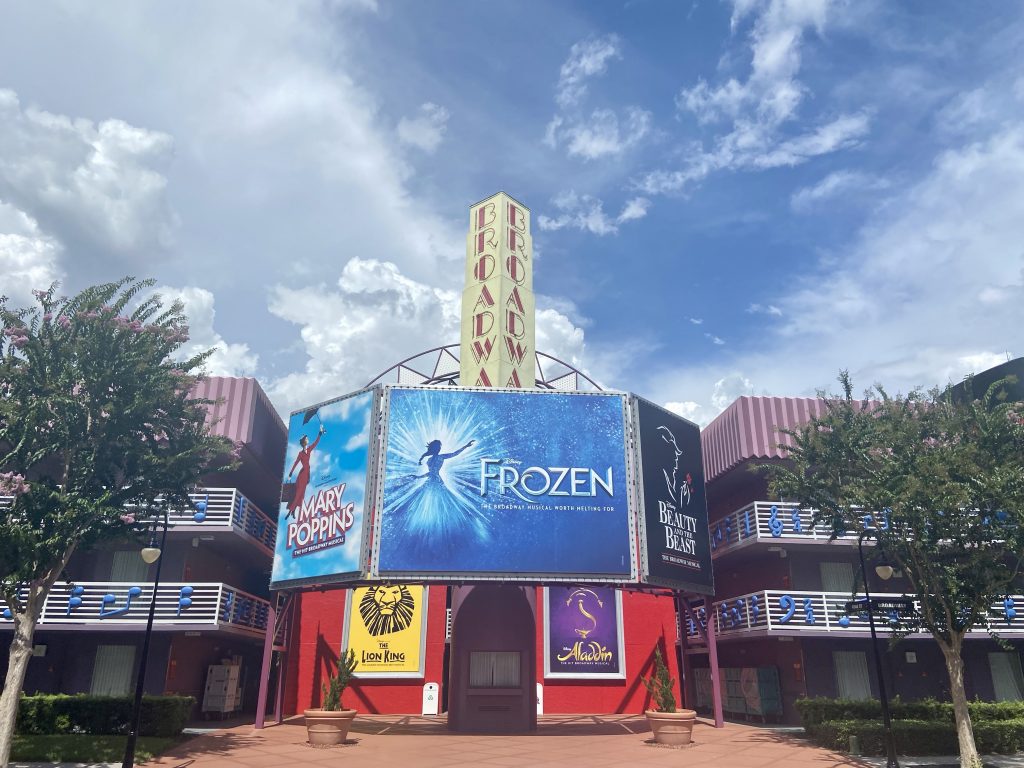 The All-Stars were designed to be the cheapest options on Disney property and remain so today, even if “cheap” may mean $175 per night (which is what I paid on this trip). It’s the least expensive way to get on-site perks that have become essential for making the most of your Disney stay, including the earlier entry to theme parks and booking your Individual Lightning Lane reservations at 7 a.m.

But those perks are the only good reason to stay at All-Star Music, which can otherwise feel like an average Orlando motel that just happens to be run by Disney.

If you’ve stayed at the Pop Century Resort in the past few years, these rooms will seem extremely familiar. 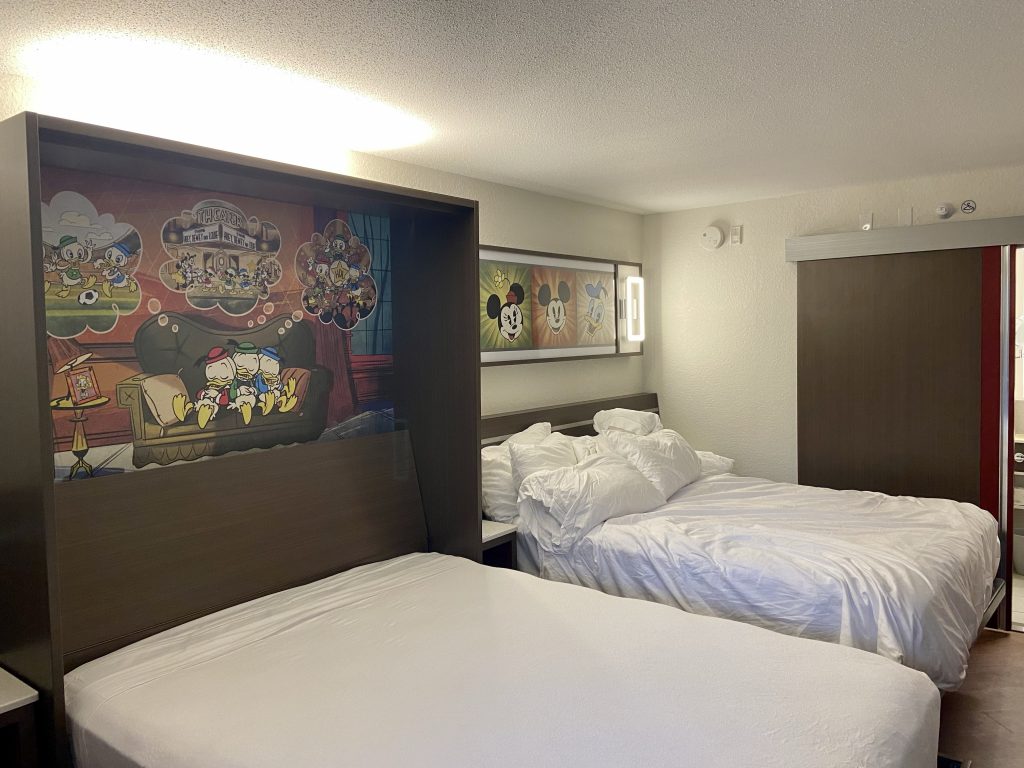 All of All-Star Music’s 1,600 rooms were refurbished between 2018 and 2021, emphasizing functionality over dated 1990s Disney decor. While some guests may want rooms plastered with Disney characters, I’m more interested in comfort and space, and the redesign offers that with a Murphy bed creating more room and an upgraded shower and vanity. That makes the 260 square feet a little more tolerable.

You can hear more of my thoughts on the room in my video tour and review:

As with Pop Century, the biggest downside to the room overhaul is laminate flooring. I’m not arguing for the return of mildewy carpet — though at Disney prices, they can afford to clean carpets regularly — but the laminate adds to the noise around the resort by amplifying excitable kids and cheerleader groups likely to be staying next door.

The food at All-Star Music is nothing special. 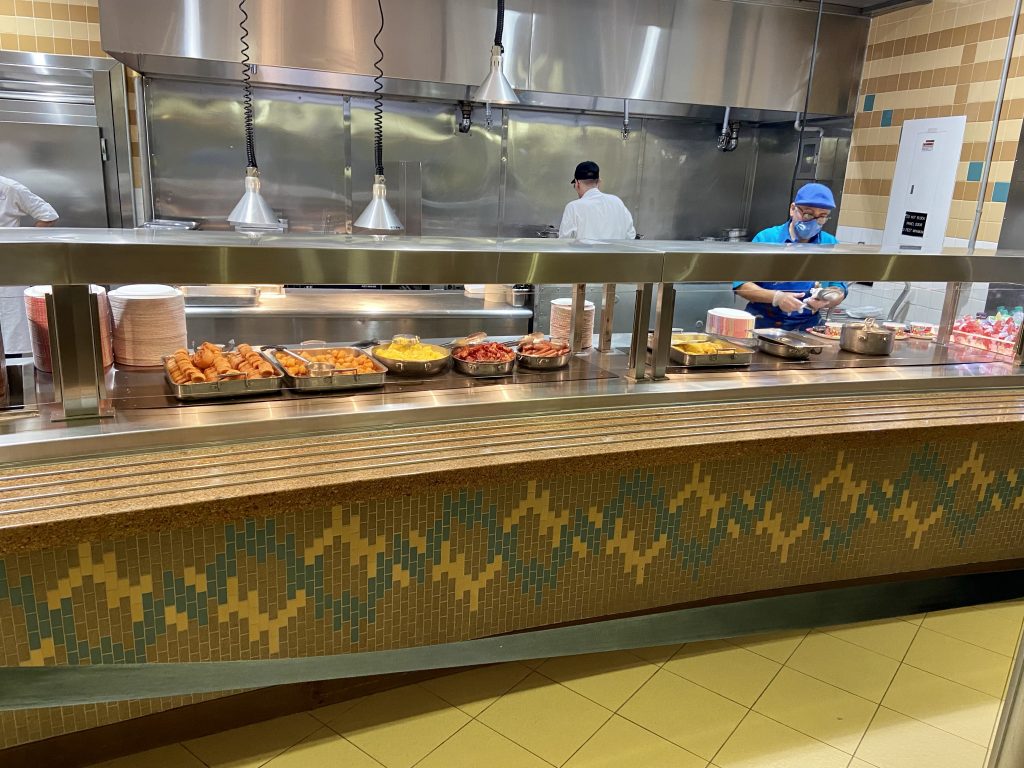 Your dining selection is limited to the Intermission Food Court, with separate stations offering the same items as many quick service locations inside the theme parks: burgers, hot dogs, pizza, and for breakfast, Mickey waffles. Like most Disney fare, it’s overpriced and largely unremarkable. You’re really just eating it because it’s close to your room.

If pressed for any recommendations, I’d suggest ordering a full pizza. Not only is it surprisingly tasty and a better deal for feeding more people. At the time I’m writing this, a large cheese pizza costs $19, while a single “super slice” costs $8.79. 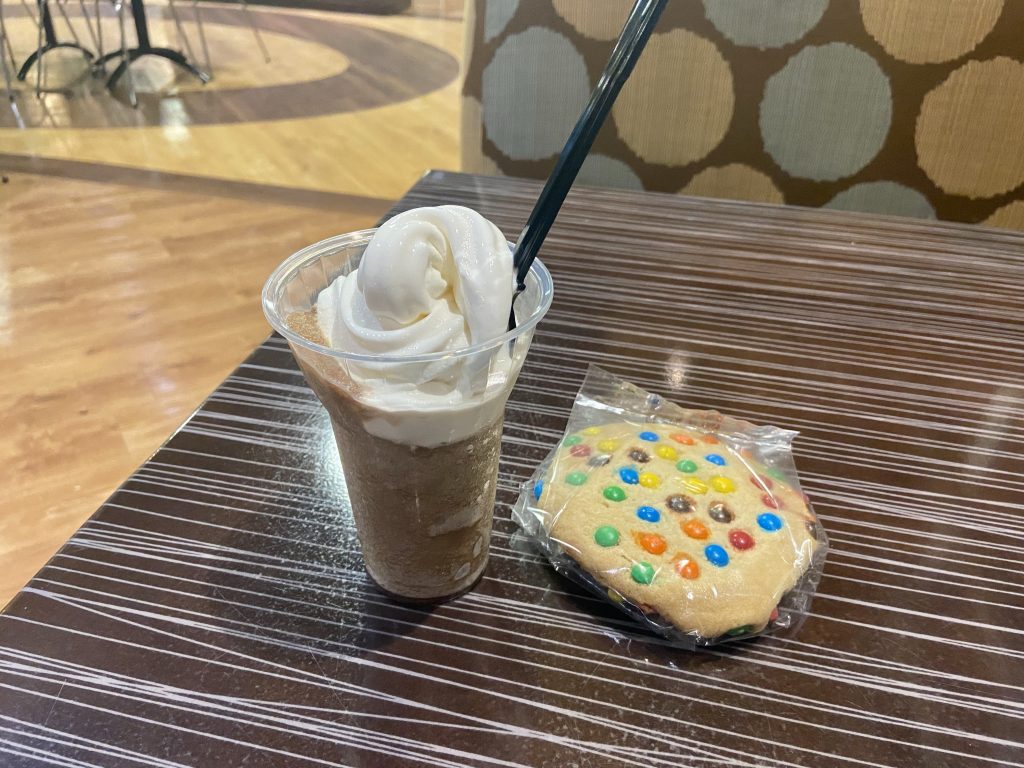 If you’re just looking for a sweet snack, go for a frozen Coca-Cola float. After a sweaty summer evening walking around the parks, this was a refreshing way to cool off — and not every place has a frozen Coke machine. 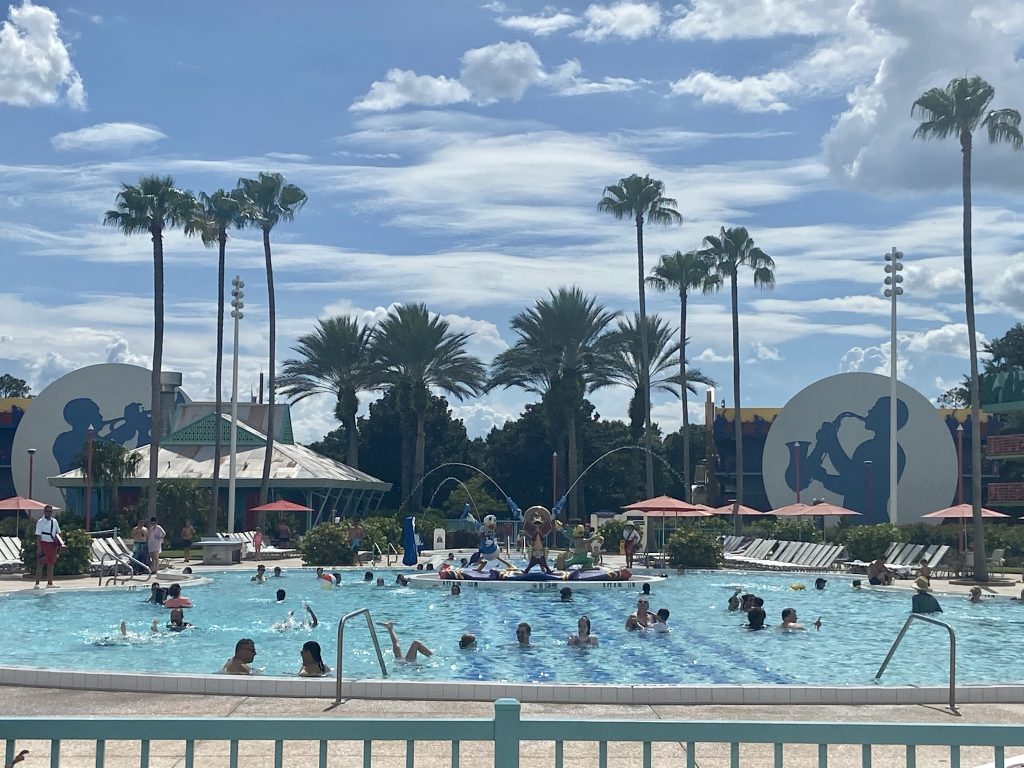 The pools are large and nicely heated at 82 degrees, but like the other Disney values, there are no slides or hot tubs. As was the case with the Hippy Dippy Pool at Pop Century, crowds at the All-Star Music made it difficult to relax after a long day inside the parks — the constant pool games don’t help — so don’t go in thinking you’ll be able to unwind from the Disney bustle. 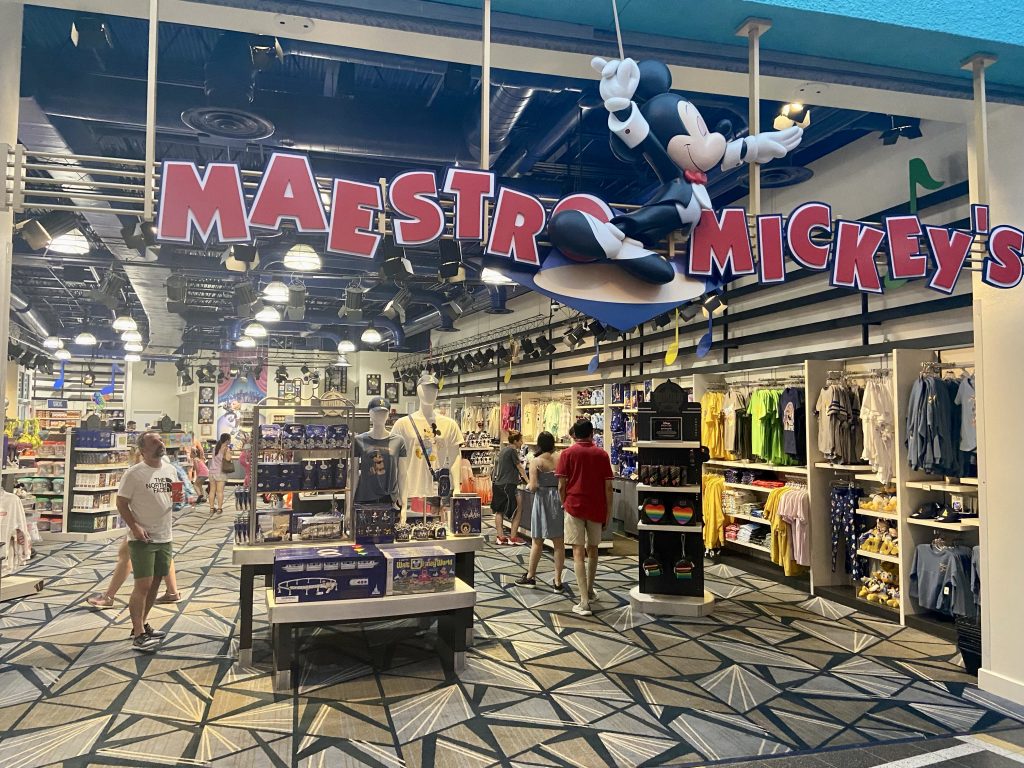 Maestro Mickey’s is the resort’s sizable gift shop, with the typical selection of Disney merchandise, sundries and some snacks. Despite all that space, I couldn’t find a single piece of merch themed to the All-Star Resorts. Maybe no one wants to remember that they stayed here?

All-Star Music also sports a larger arcade than more recent Disney or Universal hotels. Along with a slew of ticket redemption games, you’ll find newer additions like the oversized Pac-Man and Space Invaders. There’s enough here to entertain kids who still need to burn off some energy from the parks or keep them occupied during a resort day.

Transportation is where All-Star Music and its neighbors pale in comparison to Pop Century and Art of Animation. Rather than being connected to the Skyliner gondola system, bus service is the only option (unless you drive yourself) and it will often be shared with the other All-Stars.

This results in crowded buses and a greater chance each bus will reach capacity and you’ll have to wait for the next one. It doesn’t help that it’s one of the longer bus rides on Disney property, taking about 20 minutes each way to the Magic Kingdom.

The final verdict: When you should (and shouldn’t) stay at Disney’s All-Star Music Resort

The pandemic-era Disney World has made staying on-site essential with the two perks I mentioned earlier: early theme park entry and the 7 a.m. Individual Lightning Lane booking. Without them, you’re going to be well behind crowds of on-site guests at park opening and hours behind on booking ride reservations, and inevitably get on fewer rides. It seems almost like a dirty trick for Disney World to make staying on-site such a necessity.

But it’s also the reality, which is why I’d recommend going with the cheapest option possible — All-Star Music being one of them. Is it worth $175 per night? Absolutely not. It’s just the best you can do in a situation where you’re forced to stay on property.

If you’re doing a resort day, however, stay someplace else. There are better off-site options than All-Star Music for the same price, and if you’re not using those in-park perks, there’s no good reason to stay in these lackluster accommodations.

Editor’s Note: An earlier version of this review inaccurately stated that only on-site Disney World hotel guests get access to Genie+ starting at 7 a.m. In fact, the perk for resort guests is being able to purchase Individual Lightning Lane ride reservations at that time. Theme Park Tribune apologizes for the error.