In the Bob Chapek era of Disney World, the 28 hotels owned and operated by Disney are offering fewer perks for ever-increasing prices.

Naturally, this would lead Disney deal hunters looking for other options without straying far away. My experience at the B Resort & Spa, however, was disappointing enough that I may have sworn off the entire strip.

B Resort and its neighbors on Hotel Plaza Boulevard date to the early years of Disney World when on-site options were very limited. B Resort itself opened in October 1972 as The Royal Inn.

While located on Disney property, these hotels are not operated by Disney. Guests here do get the Early Theme Park Entry perk like Disney hotel guests, but it offers less frequent and reliable shuttle service (and less convenient, too, since you’re dropped off at the Transportation and Ticket Center instead of the resort bus loop at Magic Kingdom). 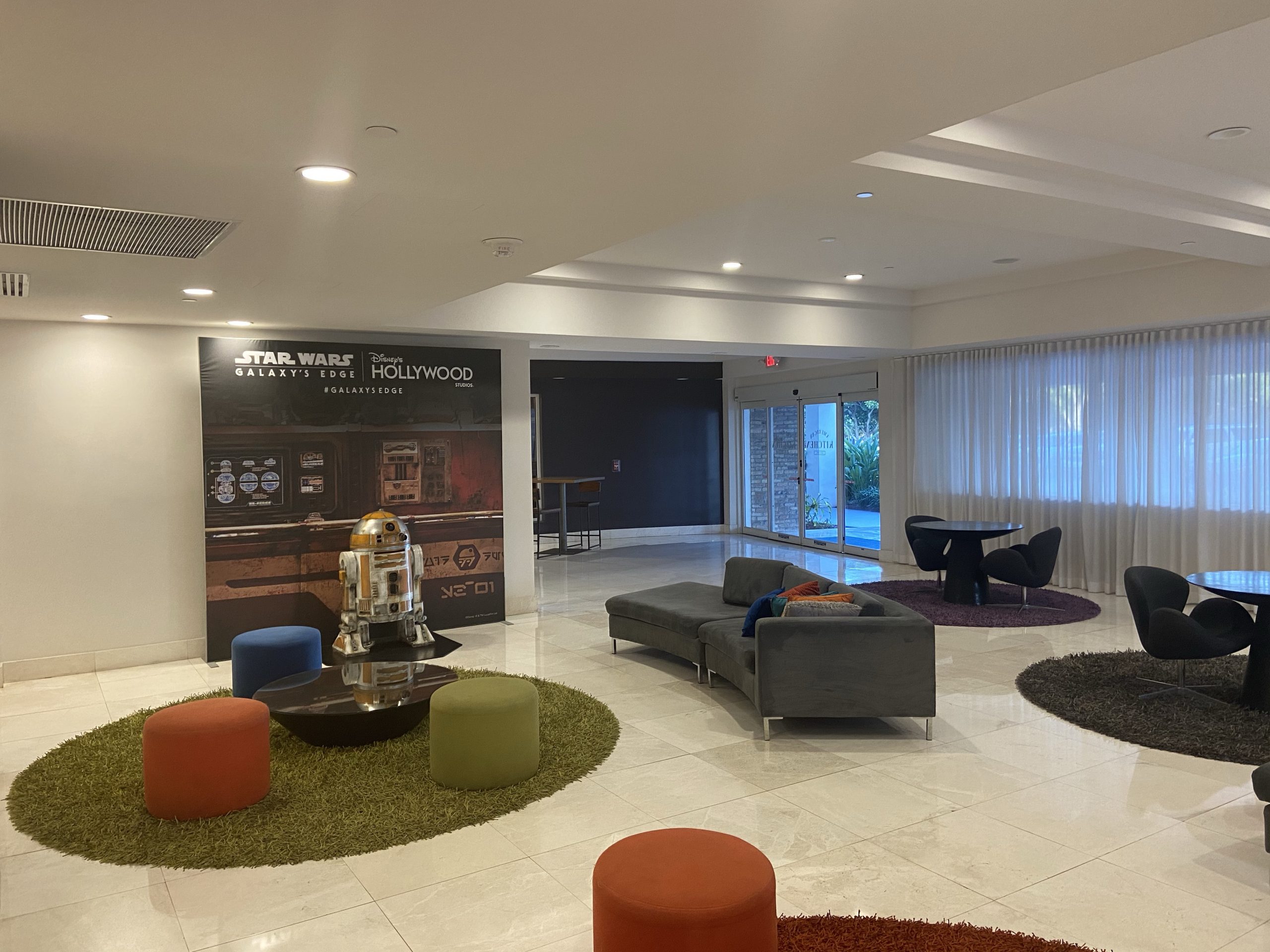 More significantly, these hotels will advertise much cheaper base rates that hide fees that immediately ruin the value proposition.

My one-night stay started with a $73 base rate. On paper, that seems great for being on Disney property, even without the perks of a true Disney resort. But once you tack on the $36 per night resort fee and another $23 for parking, plus taxes, any sense of value is lost.

I chose to stay here due to a May 2021 deal, offered through MouseSavers.com, that waived the resort fees. Without that discount, I would have been better off staying at a Pop Century or an All-Star. (Note: MouseSavers.com did not pay or compensate ThemeParkTribune.com in any way for being mentioned in this review.)

This is the first hotel review where I have to mention a service problem.

When I got to B Resort about 30 minutes past check-in time, the room I had requested — called a “Captivating” room, which meant it was in the hotel’s tower — was still not ready. The front desk clerk said they couldn’t guarantee when it would be ready. Instead, they downgraded me to an older room down the hall from the lobby, called a “Chic” room. I had prepaid for the more expensive room, and initially, the hotel refused to refund me the difference for the downgrade. A manager did intervene after a few minutes of back-and-forth, but it wasn’t a pleasant first impression.

I had a bad feeling about the room as soon I spotted scuffs on the door and in the bathroom. 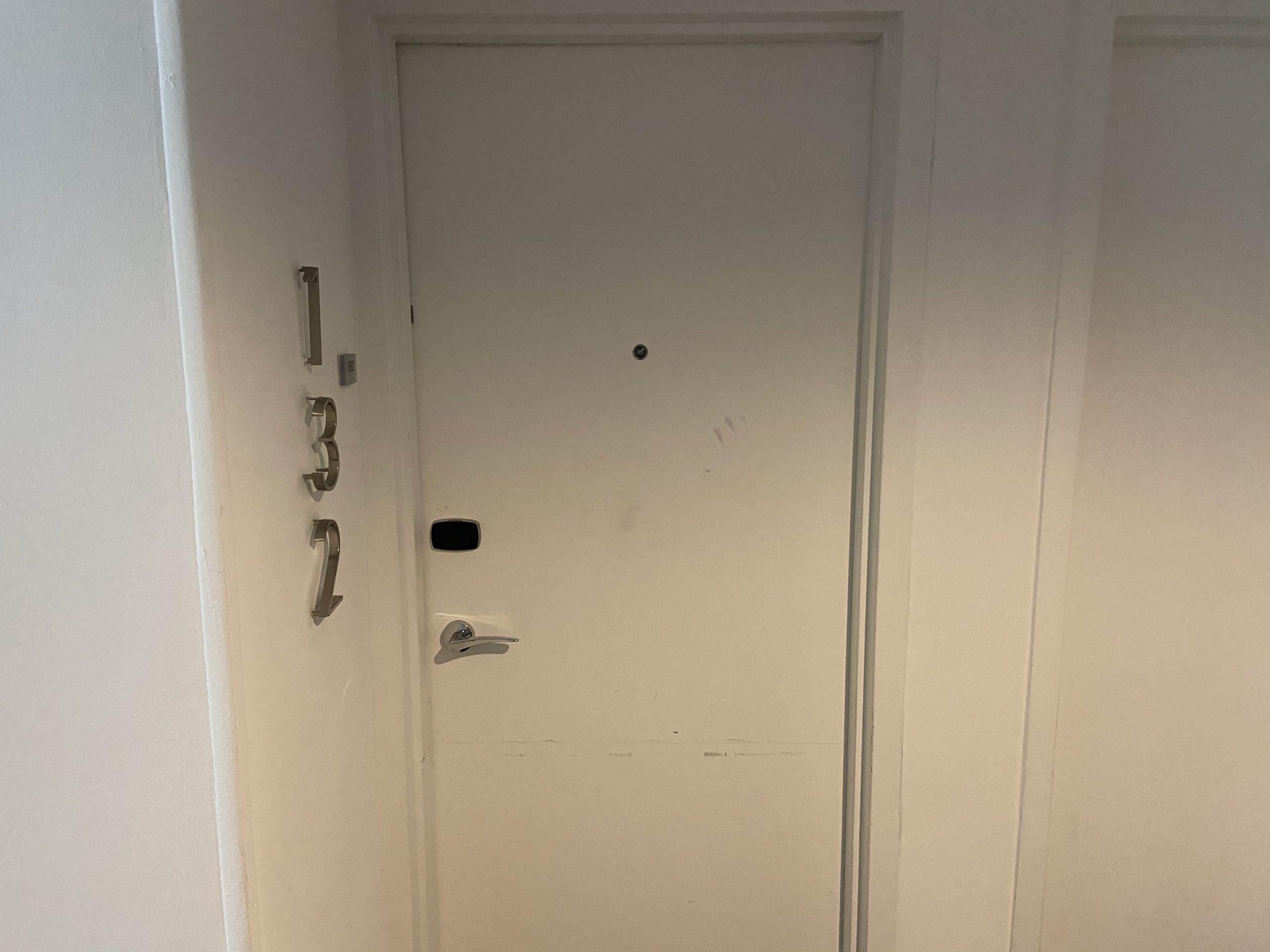 Who got mad at this door? (Theme Park Tribune) 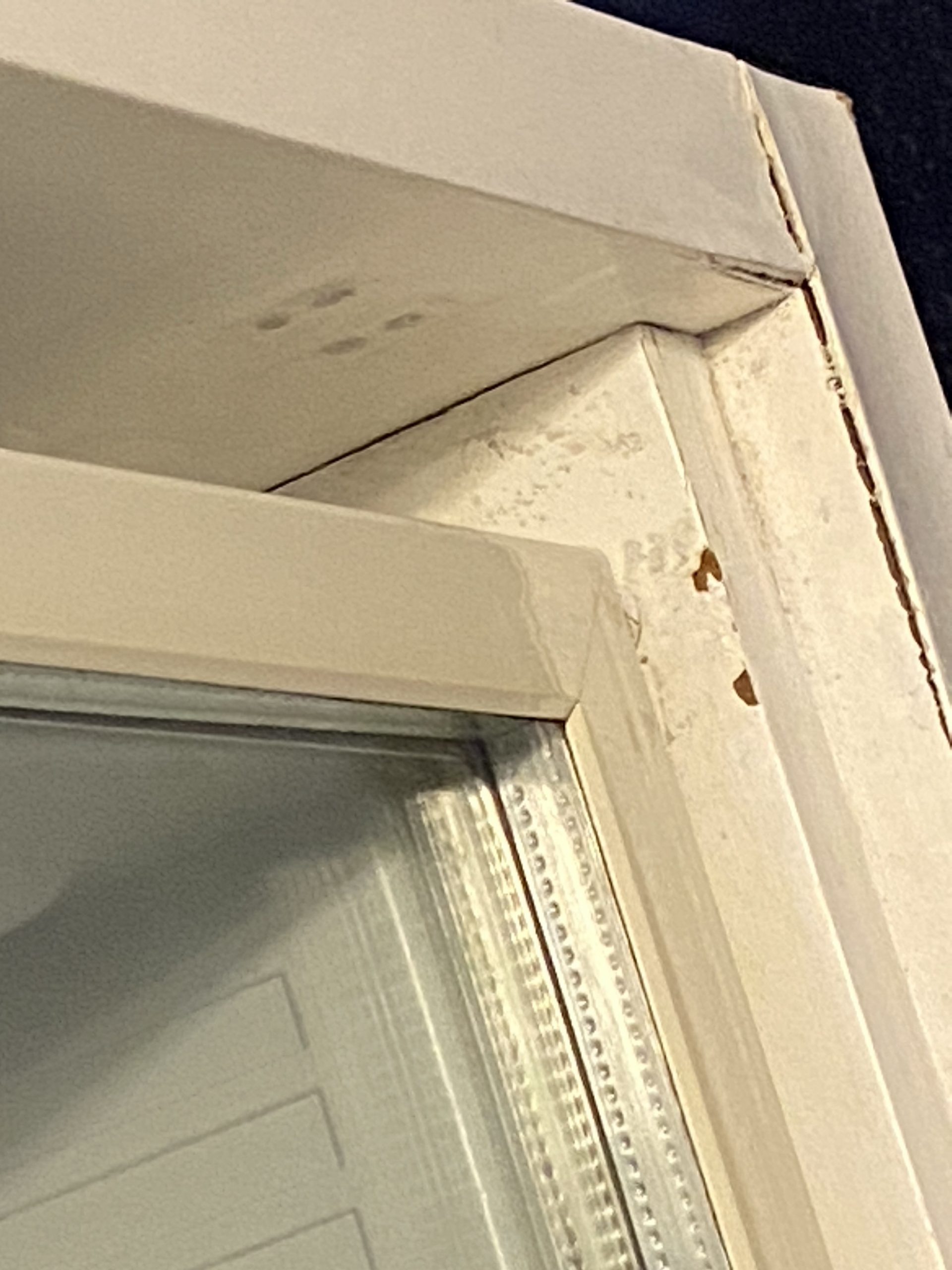 Not to mention the trash left behind in the hallway for hours. 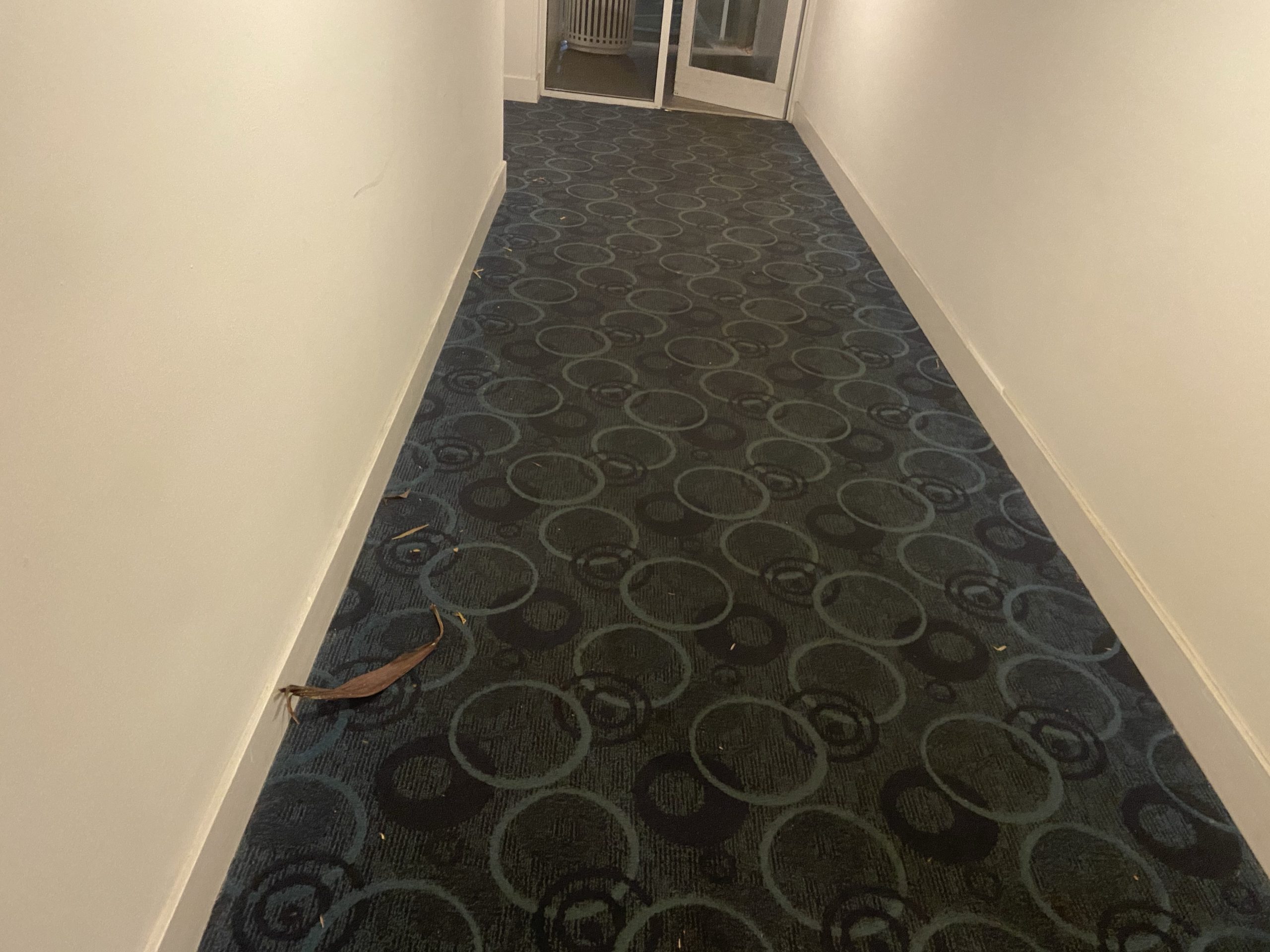 I first spotted this around 5 p.m., and it was still there at 10 p.m. (Theme Park Tribune)

Unfortunately, my one night there justified why tried to avoid this category of rooms in the first place:

In summary: it was an unremarkable room that was showing its age, and wasn’t worth the $132 price tag after fees.

The biggest perk of B Resort & Spa may seem like the proximity to Disney Springs, though being at least a 20-minute walk to the Marketplace section, that’s not something I’m willing to endure after a long day at the parks. There is a Disney Springs shuttle that stops at multiple resorts along Hotel Plaza Boulevard — still better than driving yourself.

The hotel does offer its own free shuttle to the theme parks. Schedules change weekly, but there are three to five busses running in the morning, starting from about one hour before rope drop, and then another three to five bus times for departing the parks at night. That leaves a long gap in the middle of the day without shuttle service, so keep that in mind if a midday break is your typical Disney park routine. 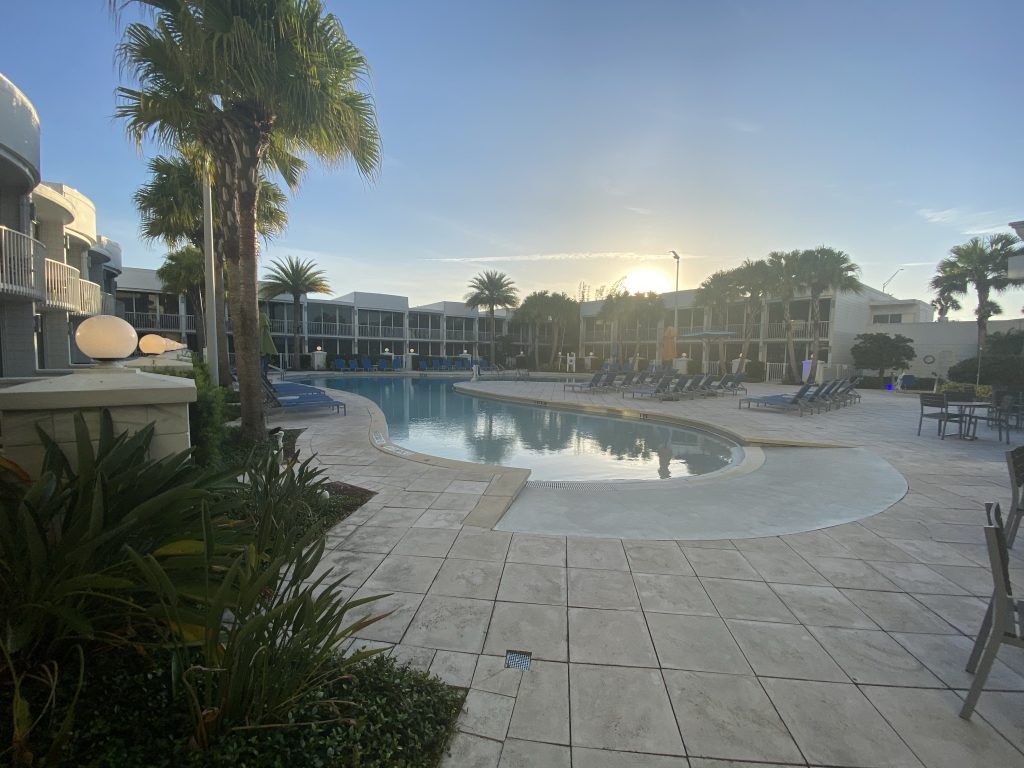 The zero-entry pool area shows the hotel is trying to be more than a typical off-site hotel. There’s also a small arcade off the courtyard with a handful of machines. 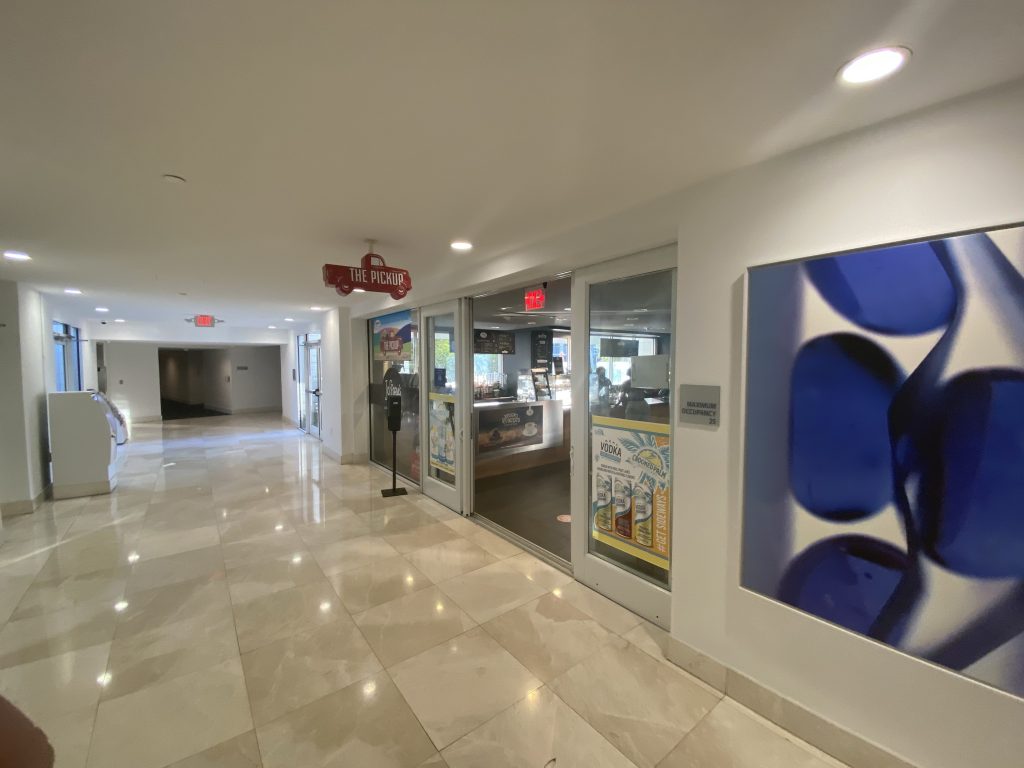 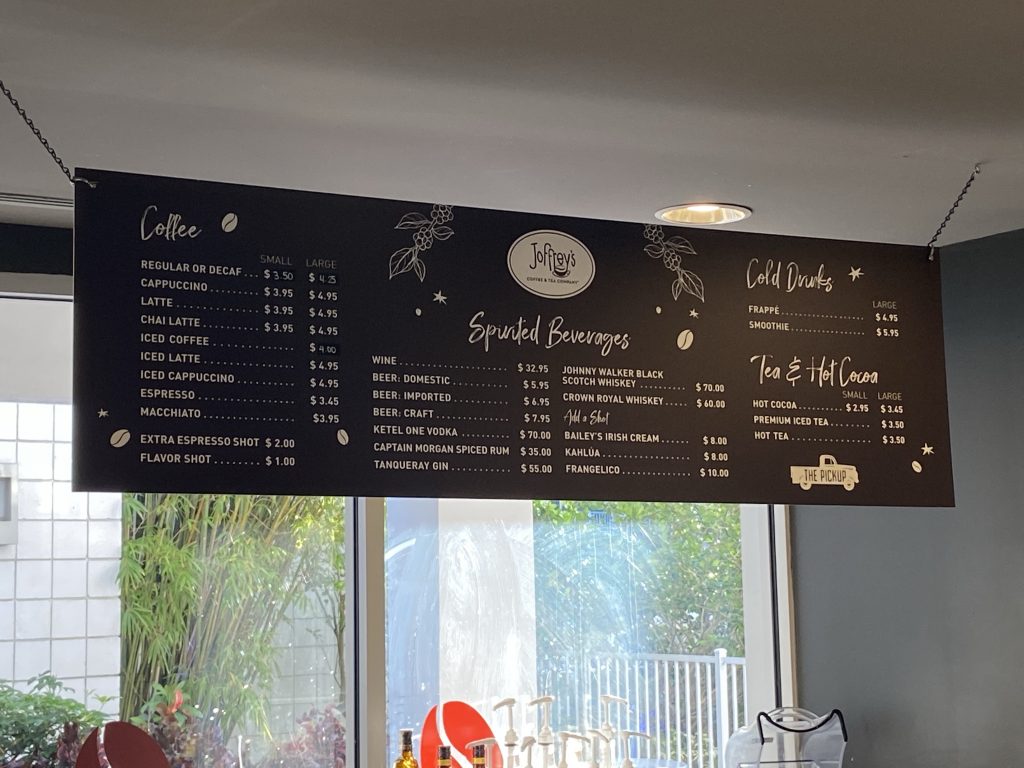 The Pickup coffee and grab-and-go food shop is a nice touch, but if you only see one staff member behind the counter, even having a few guests ahead of you can cost you a fair chunk of time in the morning — and if you’re heading to the parks, a few minutes can mean a lot. It’s still better than the Starbucks lines inside the parks, but don’t expect fast service unless you happen to be the only customer. 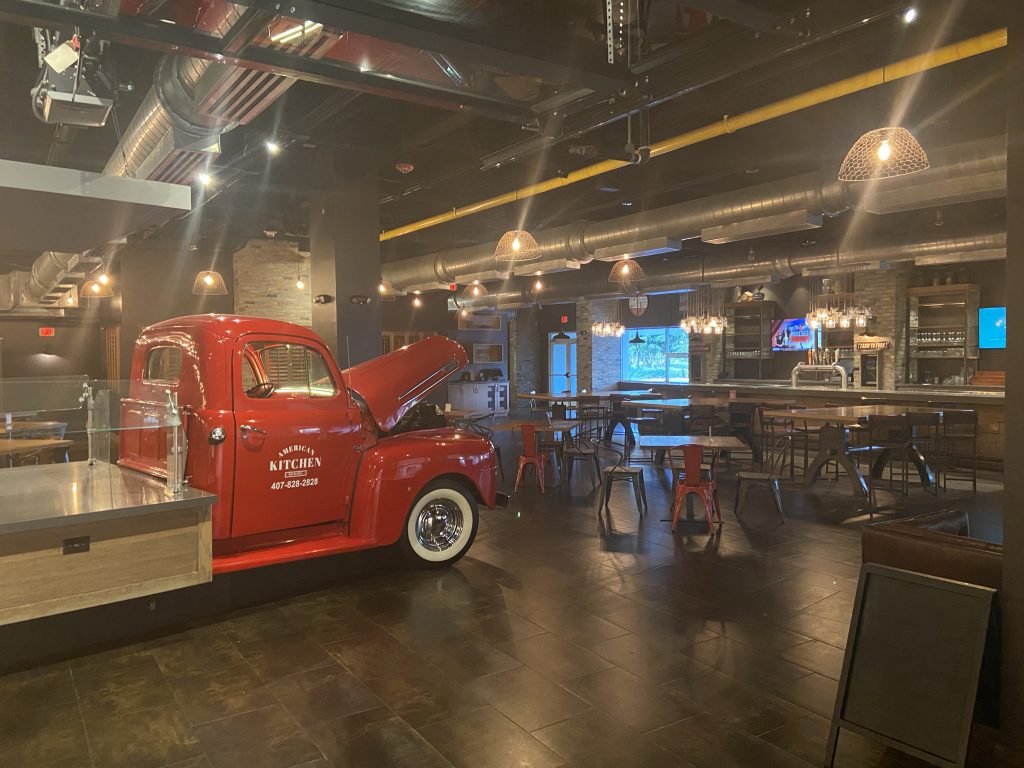 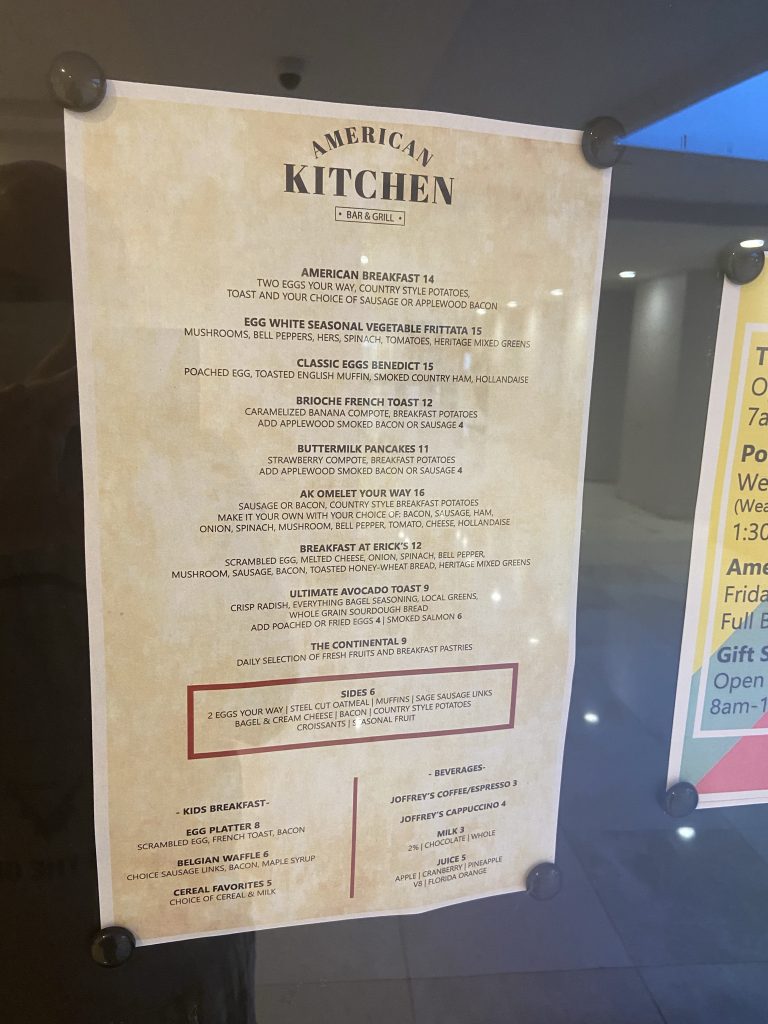 I was not able to experience the American Kitchen Bar & Grill during my stay. COVID-19 restrictions meant it was only open for breakfast from 7 a.m. to 11 a.m., which would’ve run too close to the 8 a.m. rope drop at Magic Kingdom. As of October 2021, those limited hours are still in effect. The spa was also not operational at the time of my visit.

Is there any situation where staying here makes sense?

The Disney Springs area hotels do have the advantage of being included in Disney’s new Early Theme Park Entry perk, which gets you in all four Disney World theme parks 30 minutes ahead of off-site guests.

If that benefit is an absolute must for your vacation, and Disney hotels happen to be sold out for one-night stays, then the B Resort may be a reasonable option.

Other Disney Springs Resort Area properties may cater to people using hotel rewards programs, like Hilton Honors, and therefore offer some logical reason to swallow those extra fees. B Resort, however, isn’t a part of any major hotel rewards program, so there’s no softening that sticker shock.

The fact that the only plausible scenario I see for staying here again is if other hotels are sold out shows how little I enjoyed my stay. The typical Disney service doesn’t exist here. Whatever price gap exists between the Disney Springs Resort Area and Disney-operated hotels quickly disappears. And your room will feel cheap in the end anyway.