Major changes are coming to the entrance of Epcot as the park continues its years-long transformation.

Disney announced Thursday that along with a new “play pavilion” being built inside the former Wonders of Life building, the park’s entrance plaza would be revamped. Gone will be the Leave a Legacy photos, a relic of Epcot’s Millennium Celebration derisively described as “tombstones” by Disney fans, which will be moved outside the park gates to create a new area with green spaces and a reimagined fountain.

“Epcot has always been, and always will be, an optimistic celebration of the real world that is brought to life through the magic of Disney,” said Walt Disney World Resort president George Kalogridis. “The exciting plans we have on the horizon will honor Epcot’s rich legacy of creativity and innovation while continuing to exceed the expectations of our guests for decades to come.”

The new plaza is reminiscent of the original EPCOT Center entrance area circa 1982. 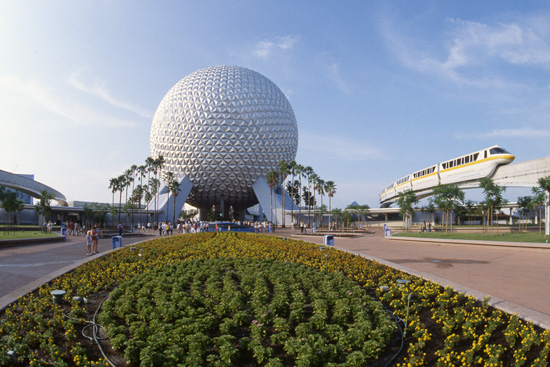 “This is a long time coming,” said Bill Zanetti, a founding member of the University of Central Florida’s Entertainment Management Advisory Board. “It will really open up the space.”

It’s one of many changes coming to Epcot over the next several years. The myriad of projects underway include a new “Guardians of the Galaxy” roller coaster, Remy’s Ratatouille Adventure in the France pavilion, and a replacement for the long-running nighttime show, “IllumiNations: Reflections of Earth.”

As part of the entrance revamp, Disney said “additional significant redevelopment” will occur between Spaceship Earth and World Showcase, with details to be announced at a later date.

“Epcot is beloved for its focus on imagination, innovation, fun, food and family,” Kalogridis said. “It’s a timeless place where the real is made fantastic through the magic of Disney. It has a very bright future ahead and the best part is that we’ve only just begun to dream.”

To give guests a glimpse at these upcoming changes, a new “experience center” will open in Epcot’s Odyssey Events Center later this year. The preview harkens back to when Epcot was under construction and Disney World guests could ride the monorail from Magic Kingdom to see the new park’s progress.

“With all the new projects coming to EPCOT Center in the future, a preview center of some sort is absolutely warranted,” Zanetti said. “It makes perfect sense. Guests will be excited to see interactive models and concepts for future attractions.”