Two of the three new Disney Cruise Line ships coming online in the next few years will make their home port at Port Canaveral.

Under a new 20-year agreement between the Canaveral Port Authority and Disney, two of the new vessels will be homeported in Port Canaveral for at least their first five years of operation. The operating agreement will increase the number of annual calls for Disney Cruise Line to 180 by 2023 and at least 216 by 2024.

“Port Canaveral was the inaugural homeport for our first ship and has served as a gateway for magical cruise vacations ever since,” Disney Cruise Line president Jeff Vahle said in a statement. “We value our longstanding relationship with Port Canaveral and look forward to expanding our presence there as we introduce new ships and new family cruise experiences.”

The deal also grants Disney continued exclusive use of its current home, Terminal, and preferential use of Terminal 10 “for a third homeport vessel,” according to a press release. The Canaveral Port Authority had previously approved a $46.5 million overhaul to both terminals in January. 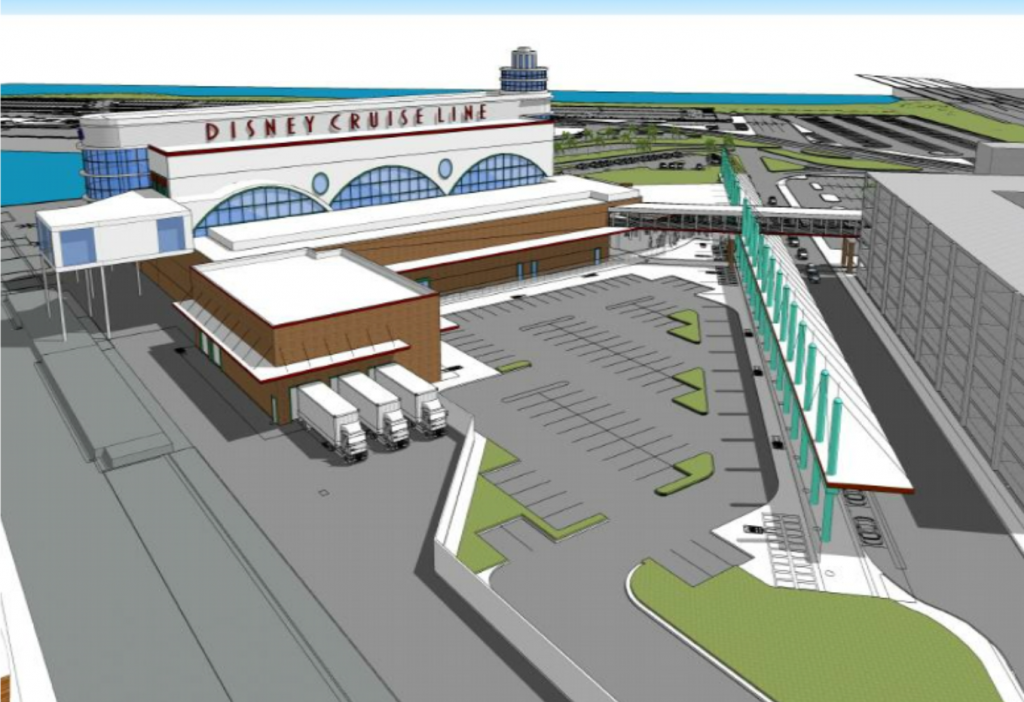 The homeporting arrangement isn’t a surprise; Port Authority CEO John Murray had said at an August 2018 board meeting that at least two of the new Disney ships would be coming to the port.

“For decades we have worked with Disney Cruise Line building a partnership based on our mutual commitment to excellence,” Murray said in a statement “We are tremendously proud of our joint success and looking ahead at growing an even more exciting future with Disney Cruise Line and Port Canaveral as the homeport for its newest class of vessels.”

The three new Disney Cruise Line ships are scheduled to launch in 2021, 2022, and 2023. The only details confirmed about the ships is they will be 140,000 gross tons — larger than the 130,000 gross tons of the Disney Dream and Fantasy, contain 1,250 staterooms, and run on liquefied natural gas. No names have been revealed, though Port Authority documents list the ships as the “Triton Class,” possibly referring to the undersea king from 1989’s “The Little Mermaid.”