Once a dormant development site during the Great Recession, the Flamingo Crossings area west of Walt Disney World may soon be home to a total of eight hotels.

According to plans filed with Orange County on Oct. 10, a new project would build a pair of hotels on 18 acres of land south of the current development in Winter Garden. These hotels — an eight-story, 173-room Holiday Inn and a 148-room Hyatt House — would be in addition to the two hotels already open on the property and the four announced earlier this year. 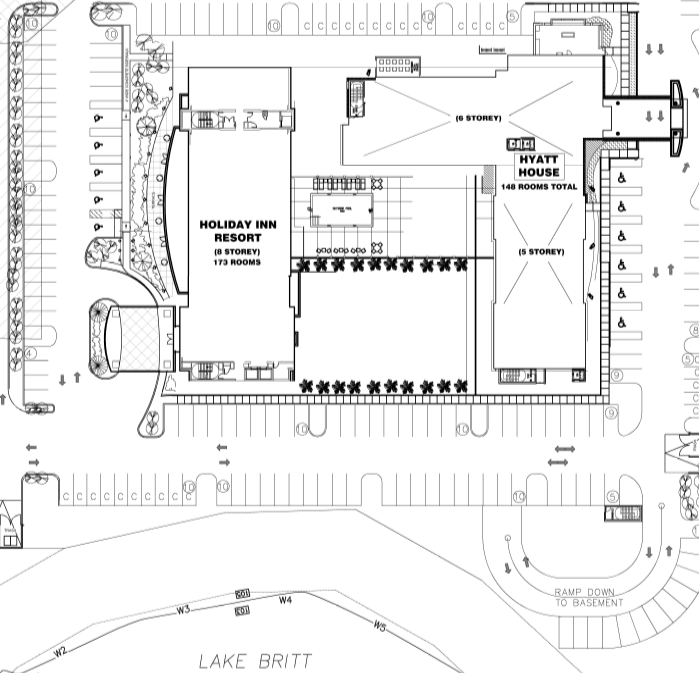 Orange Lake Country Club Inc., which controls the Holiday Inn Club Vacations brand, is listed as the owner of the property. Orlando-based Metro Architecture Partnership will be the architect on the project. Neither responded to Orlando Rising’s request for comment.

The Flamingo Crossings development was first announced by Disney in 2007, with early plans including up to 500,000 square feet of retail space and up to 5,000 budget-priced hotel rooms. The economic downturn put those plans on hold until 2014, when construction began on the two hotels currently open on the site: TownePlace Suites and SpringHill Suites.

If plans filed with the South Florida Water Management District in June come to fruition, a Homewood Suites, Home2 Suites, Fairfield Inn and Residence Inn will be added to the property, along with 4,000 square feet of convention space. A division of Walt Disney Imagineering, Flamingo Crossings LLC, has proposed building nearly 1,300 multifamily residential units nearby.

While these hotels will not be owned or operated by Disney, their proximity to its theme parks will attract Disney World vacationers who may be unwilling to pay the higher prices seen on Disney property. The new Flamingo Crossings hotels will open as Universal is making an aggressive challenge to the Mouse and existing off-site hotels for more budget-minded guests with the construction of its 2,800-room Endless Summer Resort. The first phase of the value hotel is set to open next summer with promotional pricing starting at $73 per night for a seven-night stay.