There are two major construction projects underway at Universal Orlando Resort right now, including one that’s hard to miss when walking to the theme parks

A line of storefronts between Voodoo Doughnuts and Cinnabon have been closed down to be converted into one larger venue. The strongest rumors indicate that this will be a new Universal Studios Store, thanks to permits revealing that multiple storefronts are being combined into one location.

After months of work, the store’s new facade is coming together, with previously exposed beams now hidden behind a new wall. 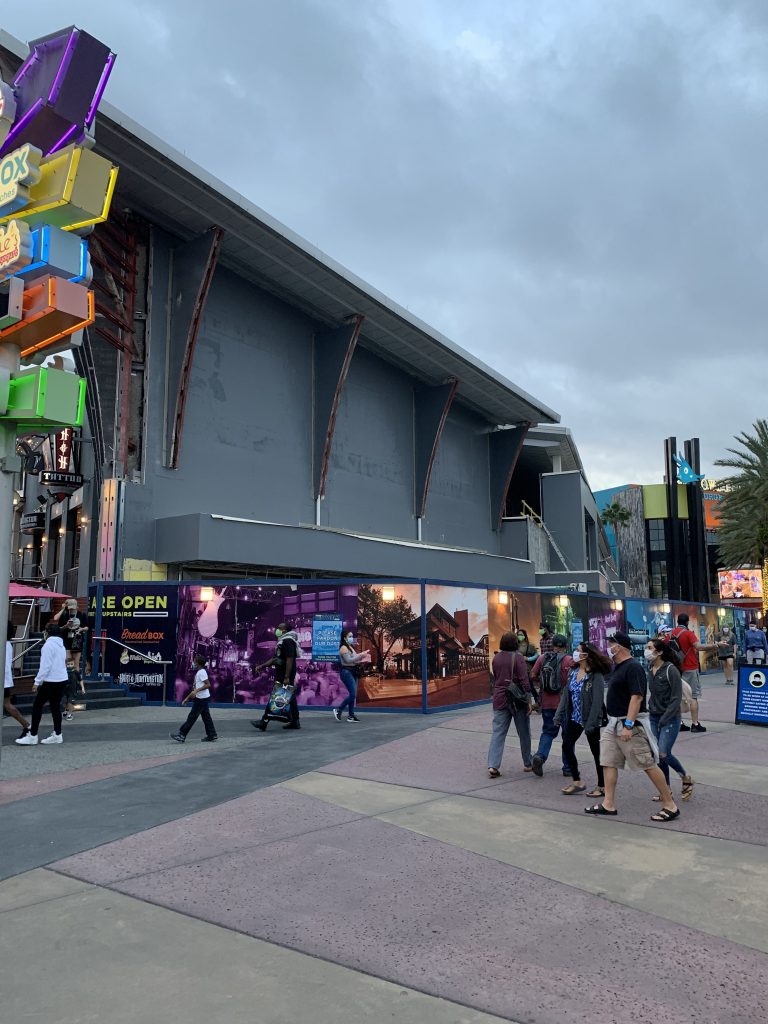 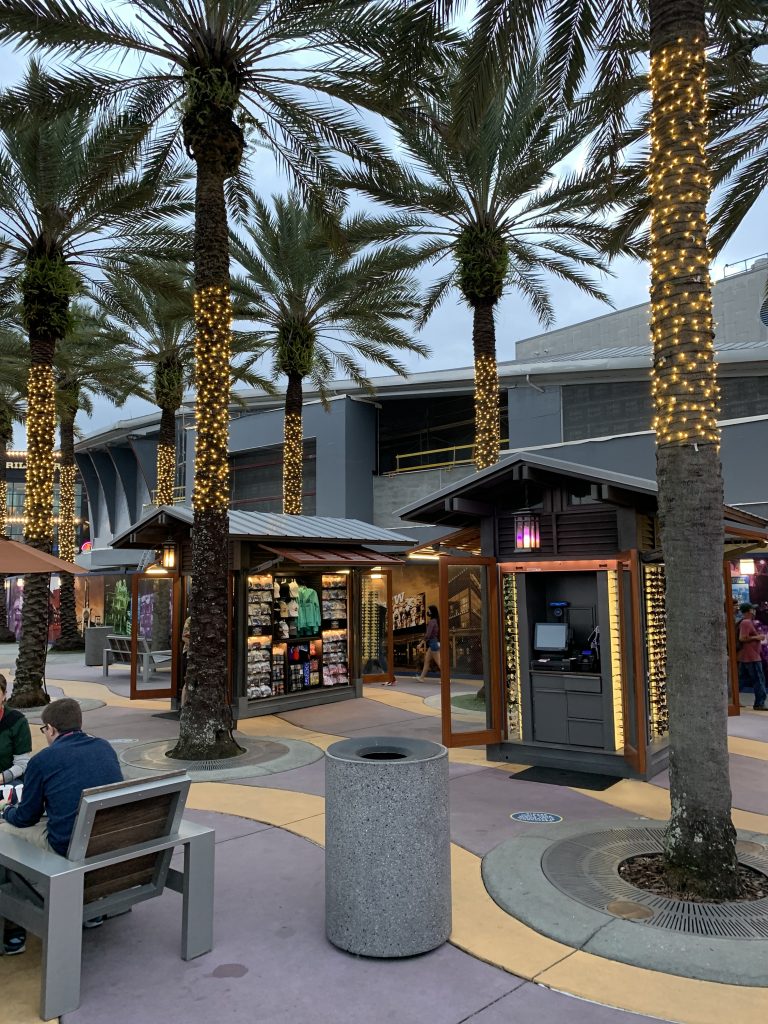 The current Studios Store is on the small side compared with Disney’s merchandise locations at Disney Springs, and the expanded store will help CityWalk match its regional rival.

Inside the parks, the years of watching the Jurassic World VelociCoaster construction site are nearing the end. Islands of Adventure’s newest roller coaster has been testing frequently in recent months while work continues on the entrance to the queue.

VelociCoaster is manufactured by Intamin, the coaster firm behind Hagrid’s Magical Creatures Motorbike Adventure and Harry Potter and the Escape from Gringotts at Universal, as well as Cheetah Hunt at Busch Gardens Tampa. 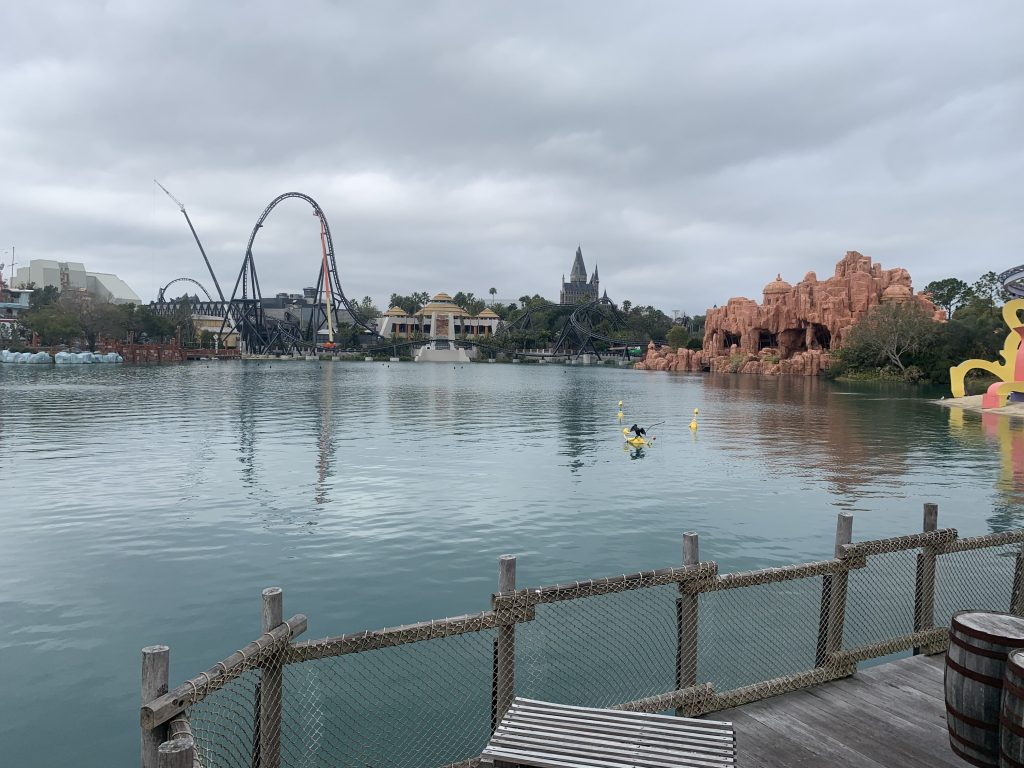 VelociCoaster as seen from across the lagoon (Theme Park Tribune) 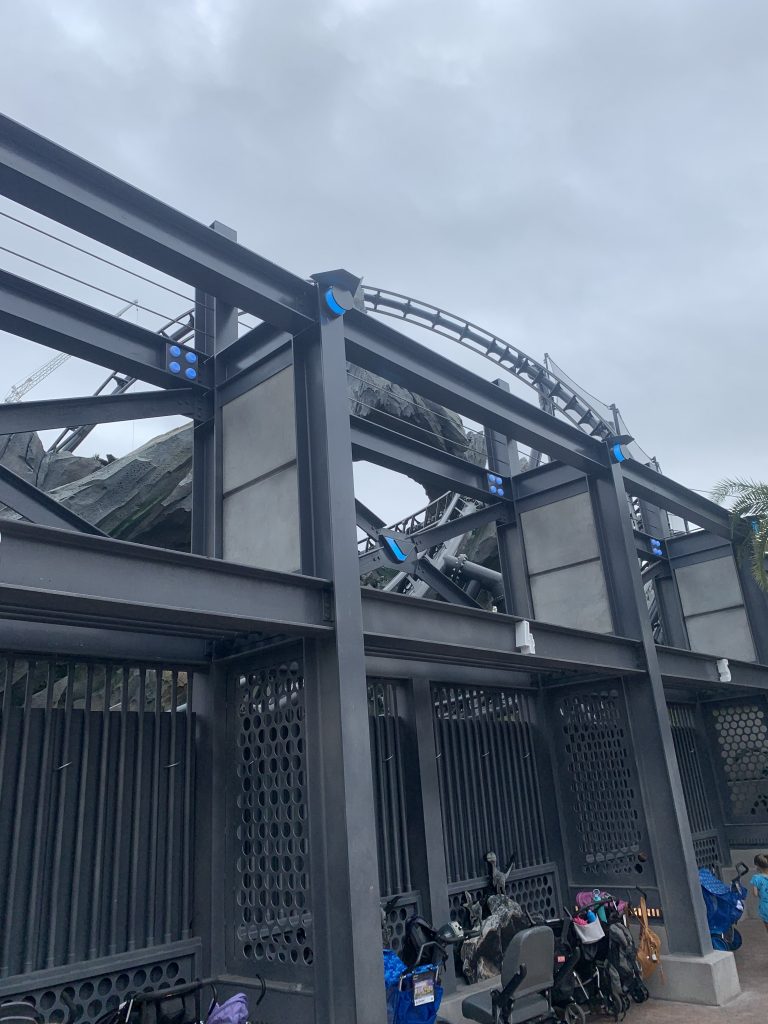 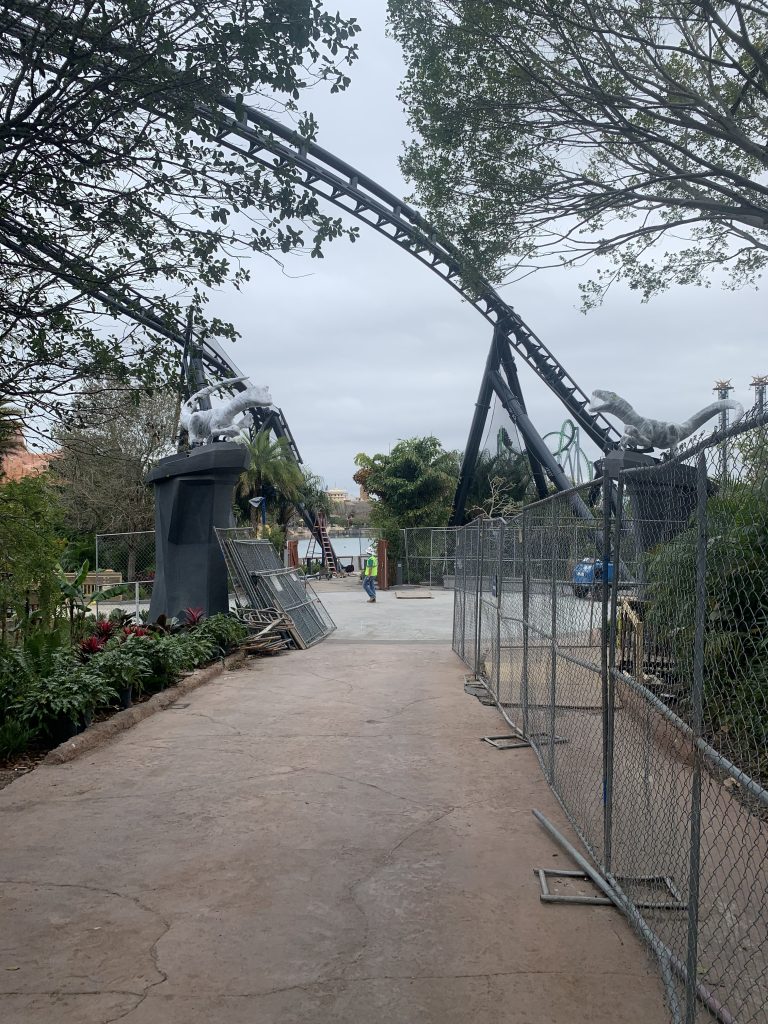 A pair of raptor statues near VelociCoaster (Theme Park Tribune)

Statues of raptors are going up, along with lush landscaping, around the track to VelociCoaster.