The new coaster at Disney World’s Magic Kingdom may be called Tron Lightcycle Power Run, but its construction is moving at a snail’s pace.

Originally announced back at the 2017 D23 Expo, this import from Shanghai Disneyland was originally planned to open in time for Disney World’s 50th anniversary in 2021. The COVID-19 pandemic altered that timeline, with Disney dedicating construction resources elsewhere and leaving Tron likely not to open until 2022 at the earliest.

The Tron site’s construction crane is visible as you take the ferry across Seven Seas Lagoon towards the Magic Kingdom. 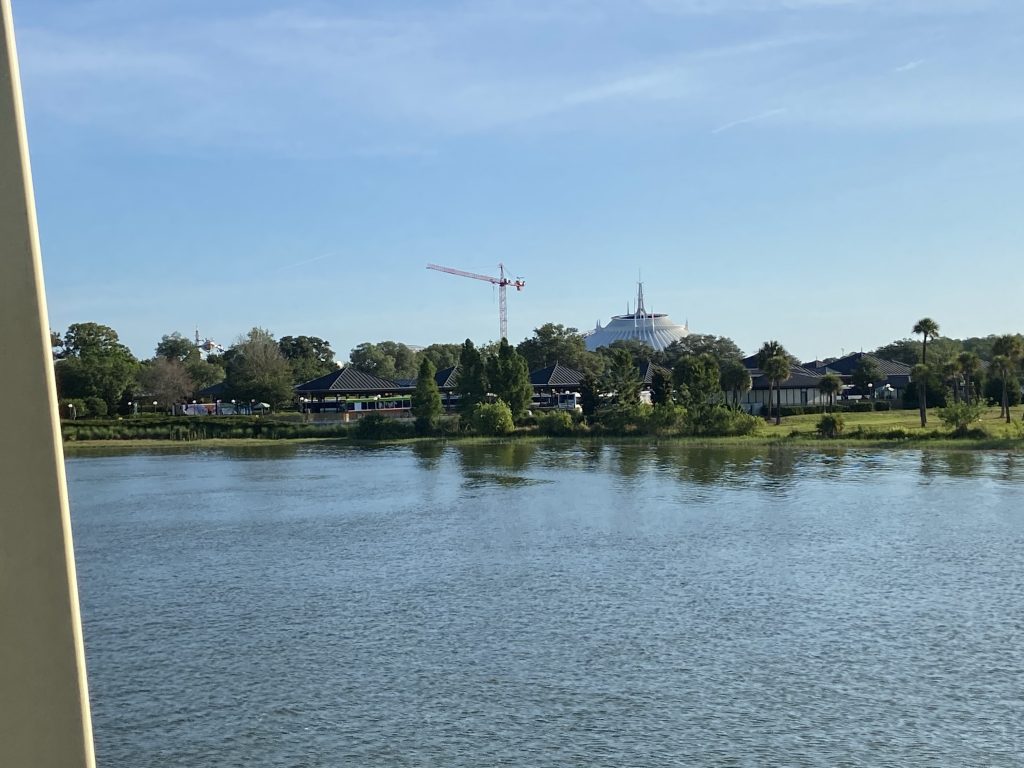 Inside the park, it dominates the skyline in Tomorrowland. 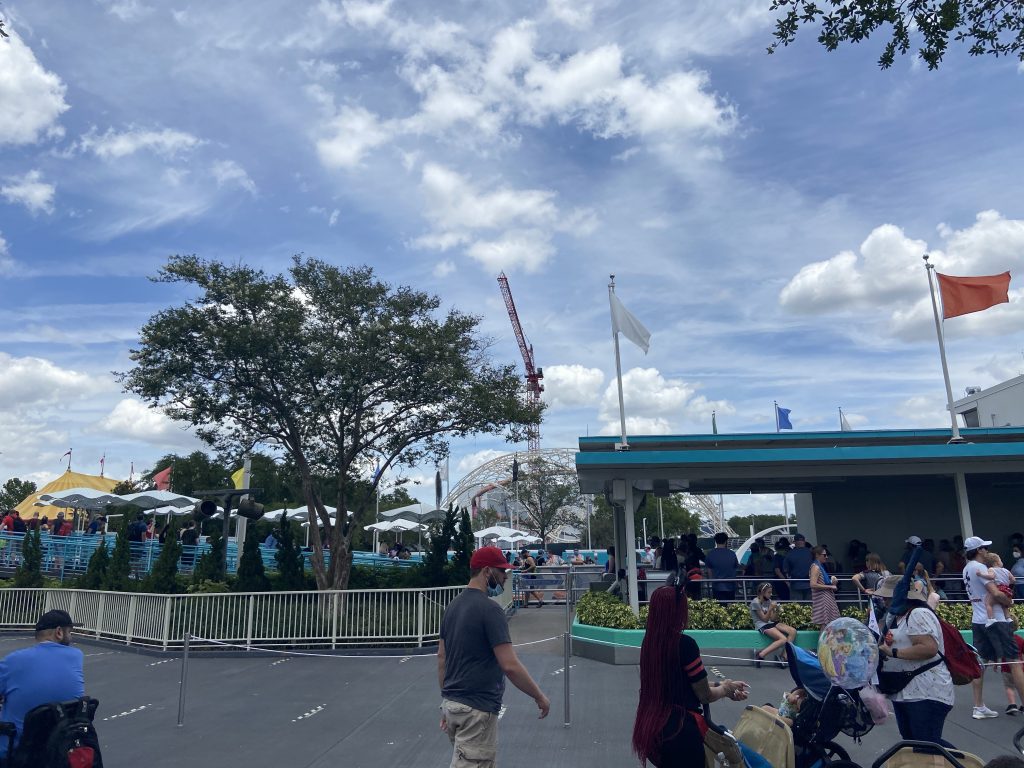 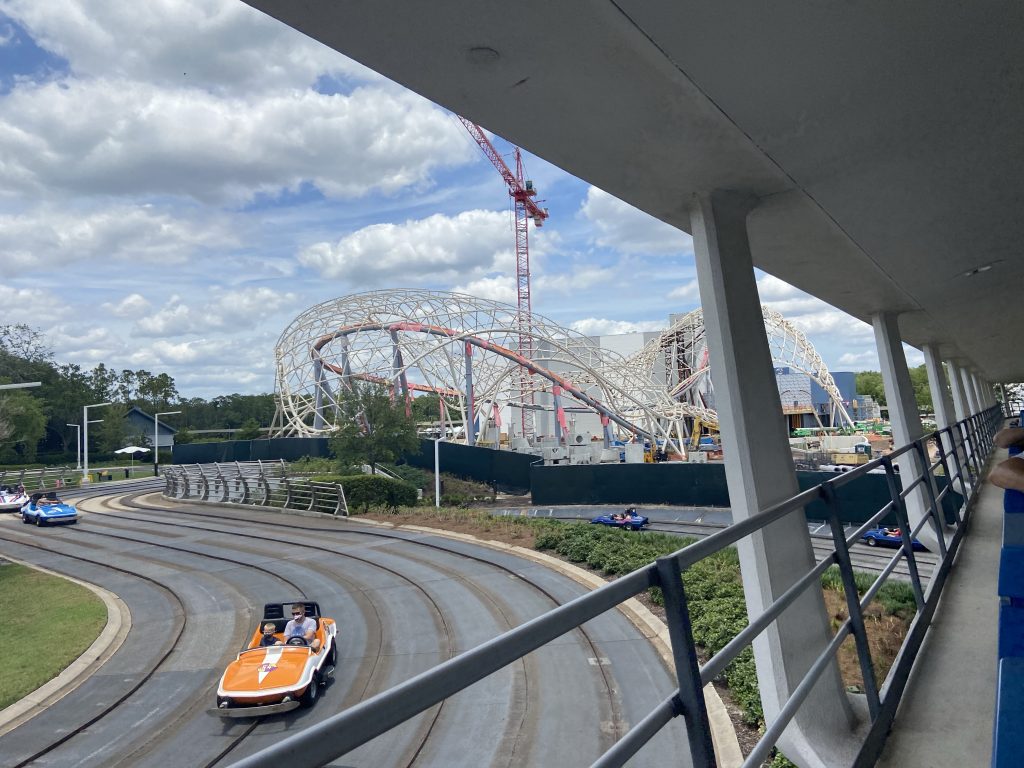 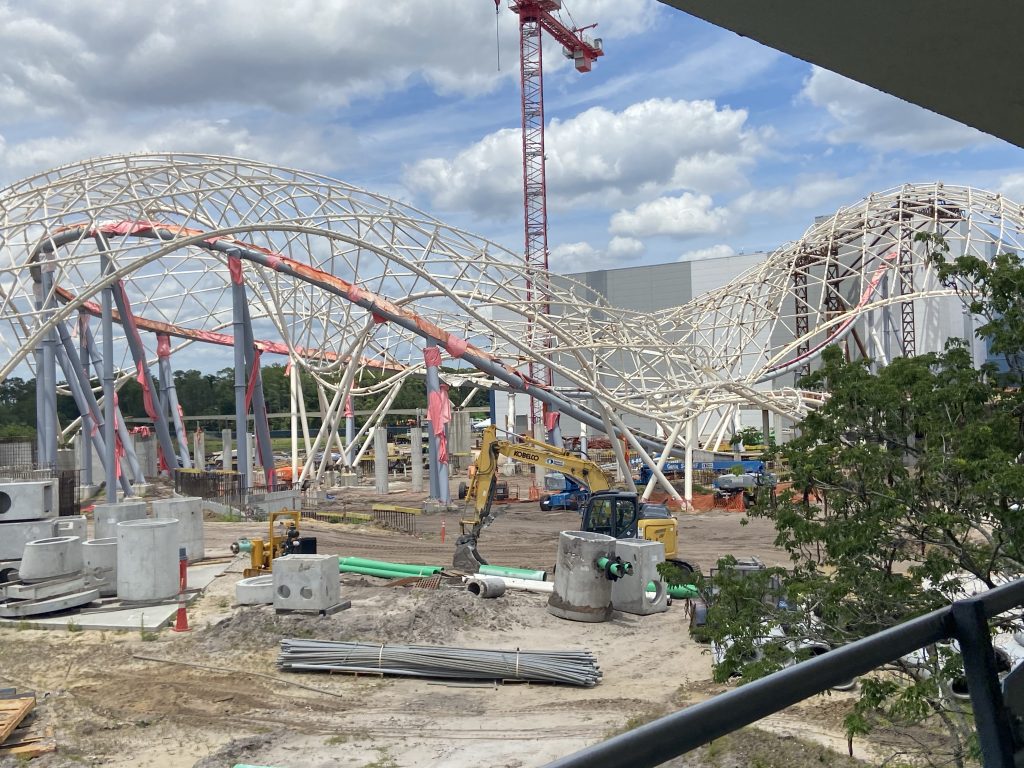 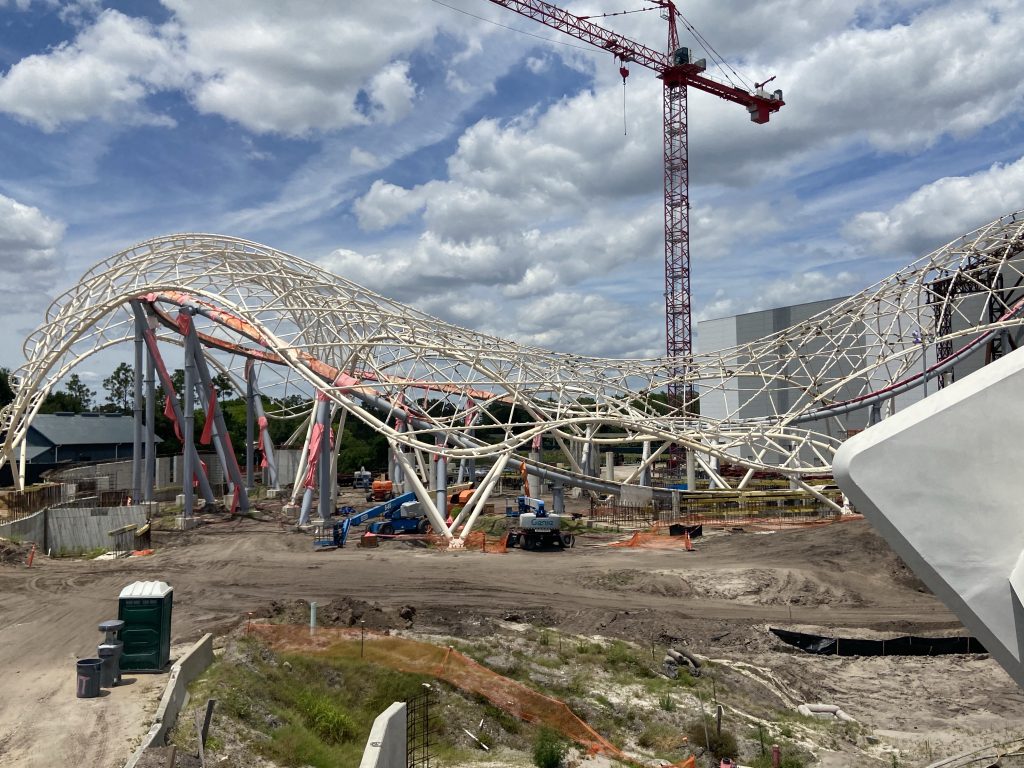 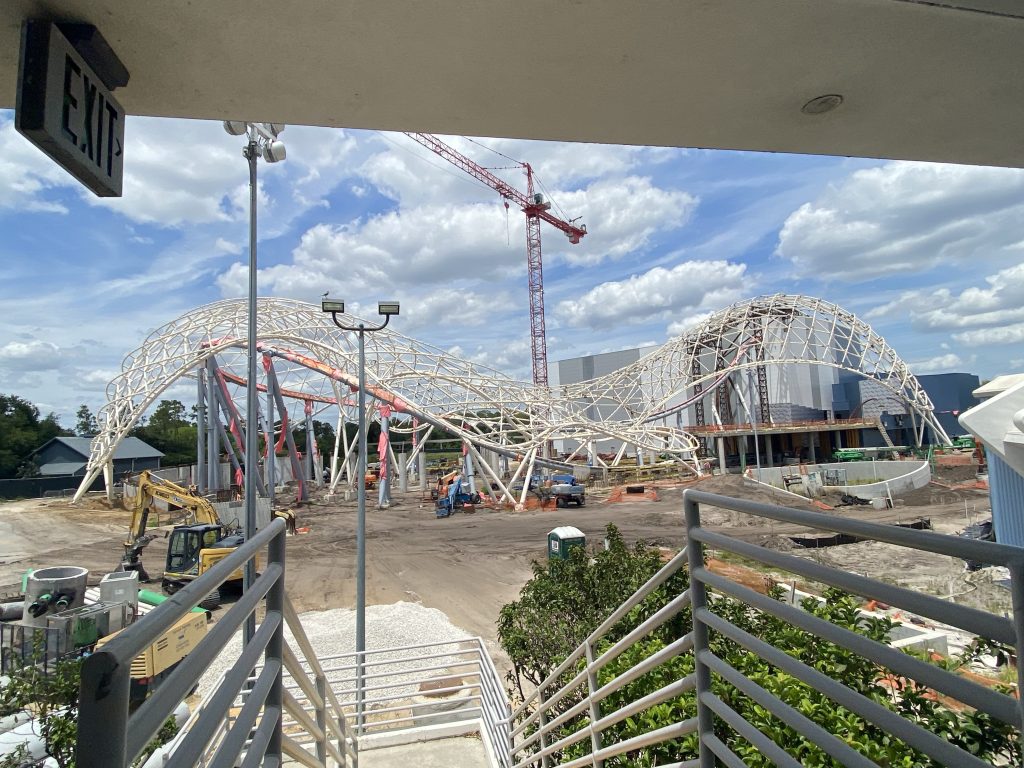 Another great view is by the queue for Barnstormer in Storybook Cirucs. Tron doesn’t exactly fit the theme here, but it’s hard to imagine any amount of foliage can block these views and maintain sightline integrity. 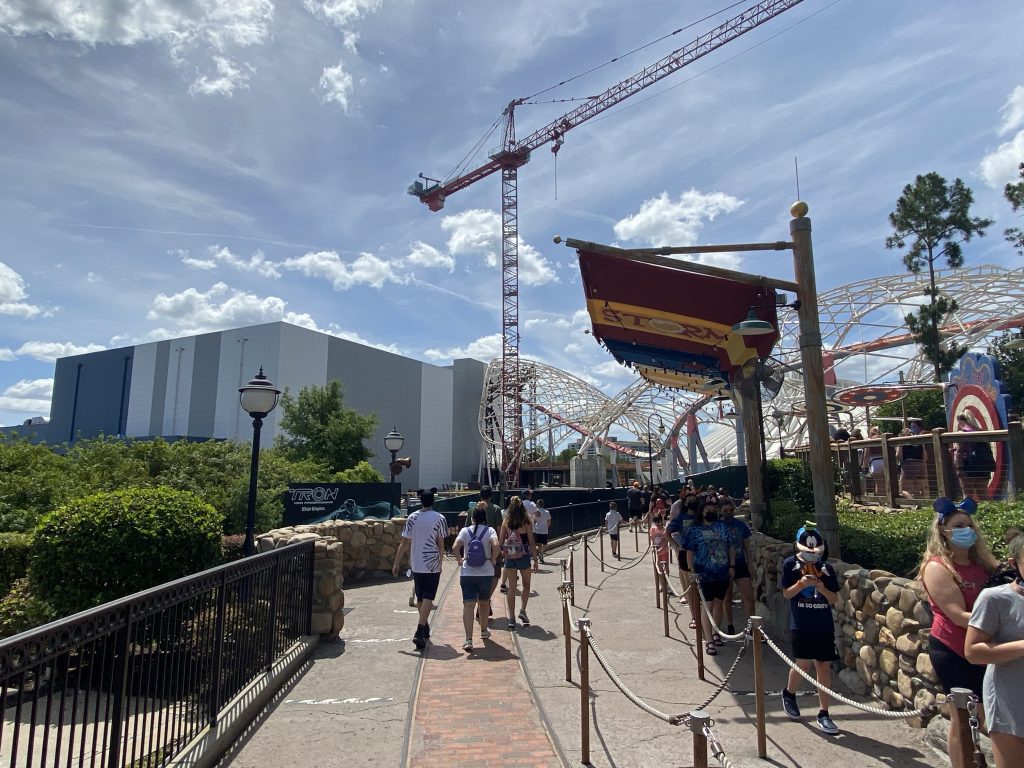 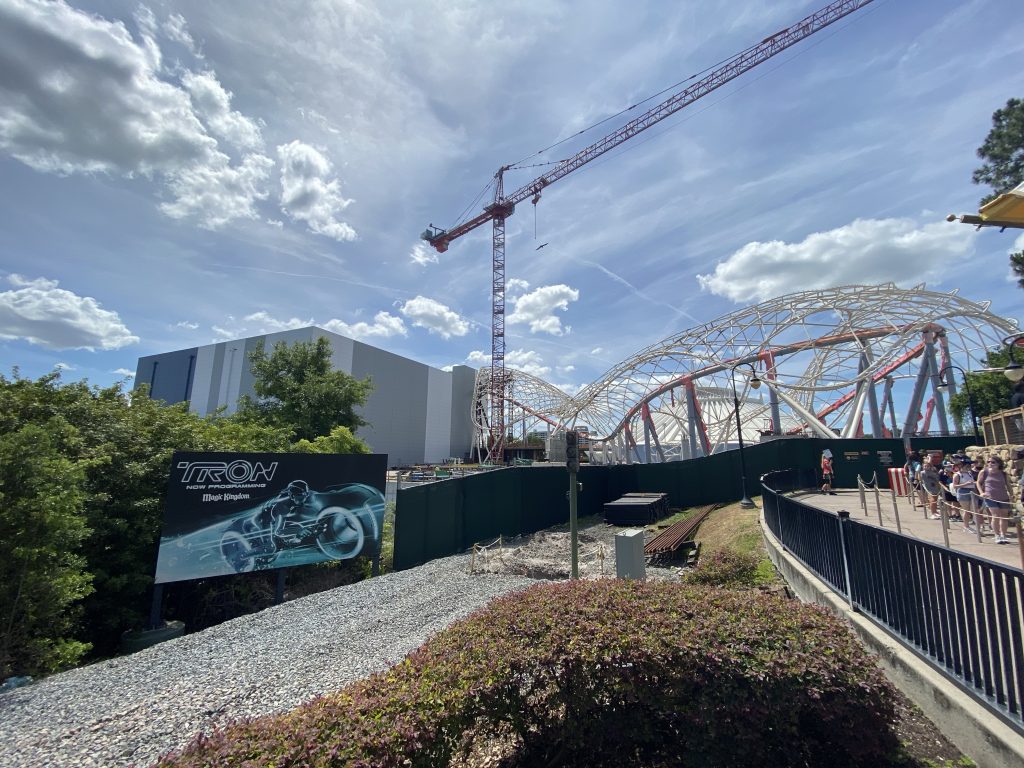 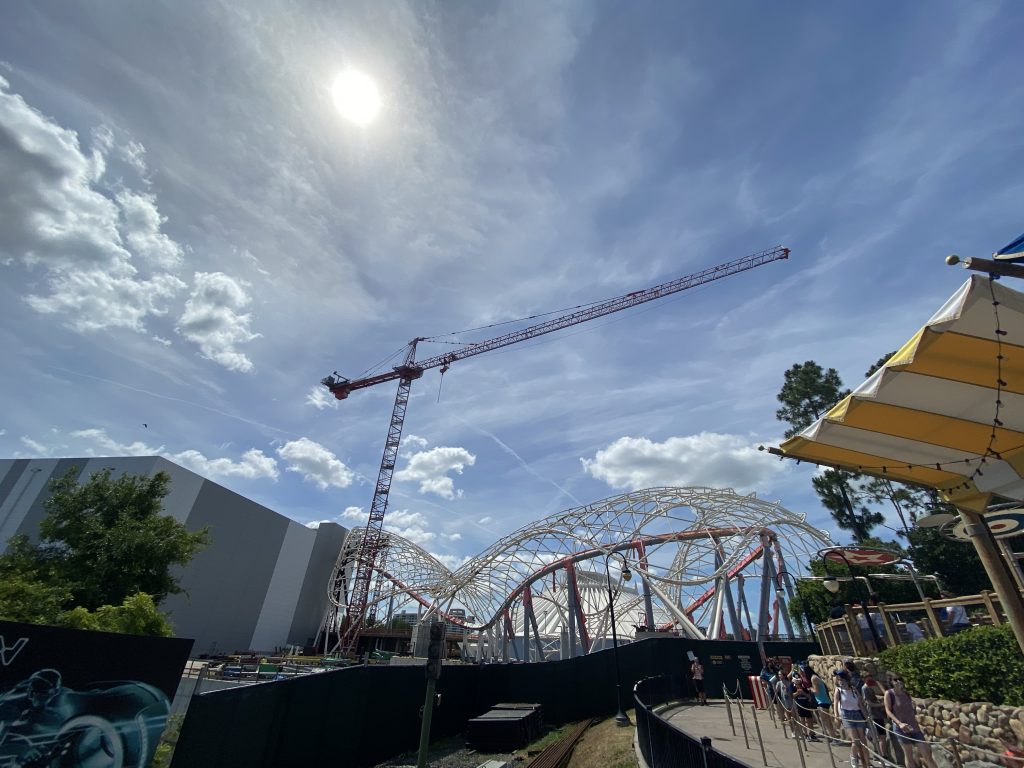 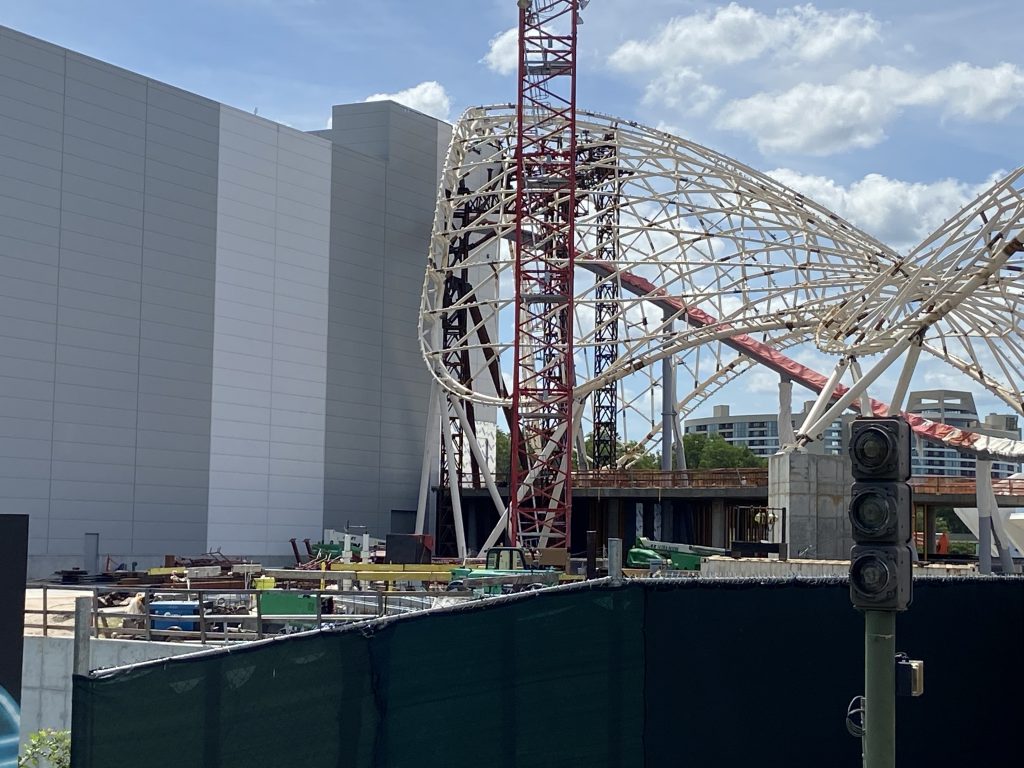 While the building housing the interior portion of the Tron coaster has been sealed for now, work has slowly continued outside. Temporary supports for the canopy structure have begun being removed and electrical work for the ride’s light package has started.

The Tron construction has robbed Magic Kingdom guests of the Walt Disney World Railroad for several years now, and it will take some more work to get the classic attraction up and running again. At the Storybook Circus station, the track has been removed. 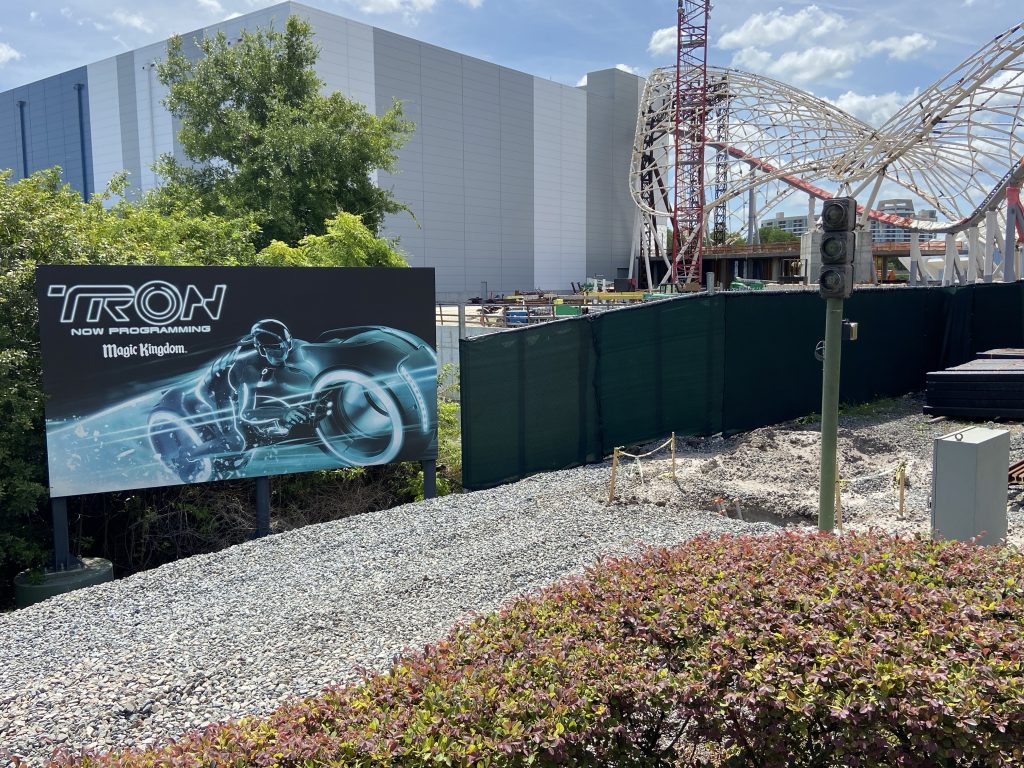 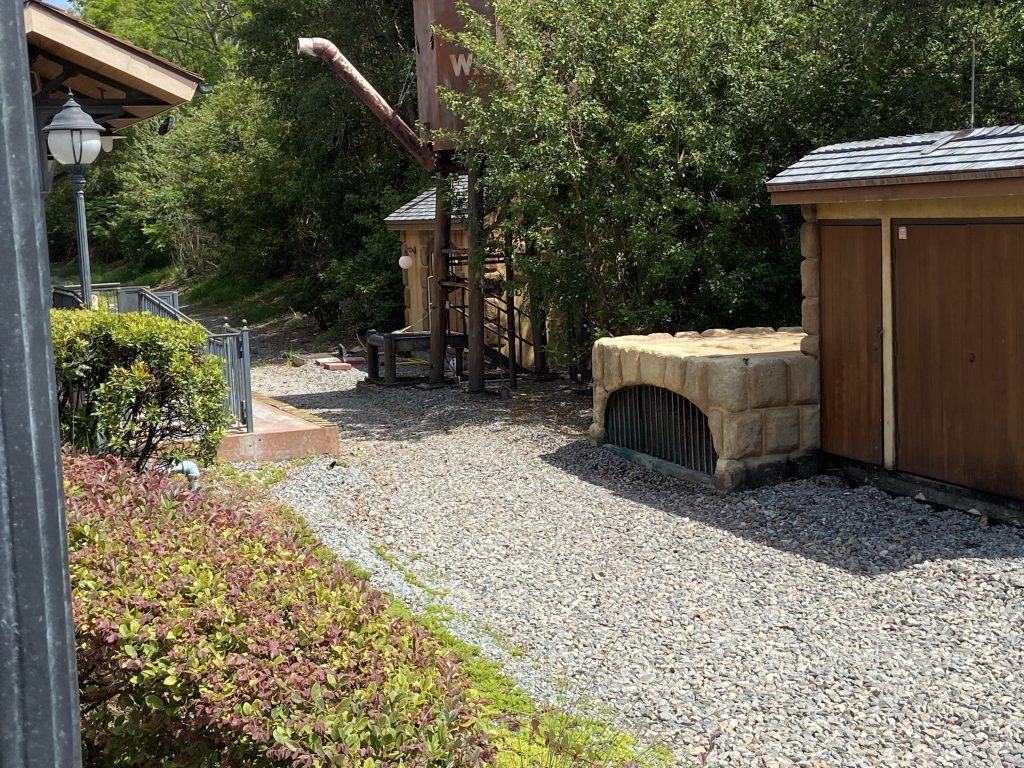